She was profiled by Forbes at 10 years old, now she’s at UCLA 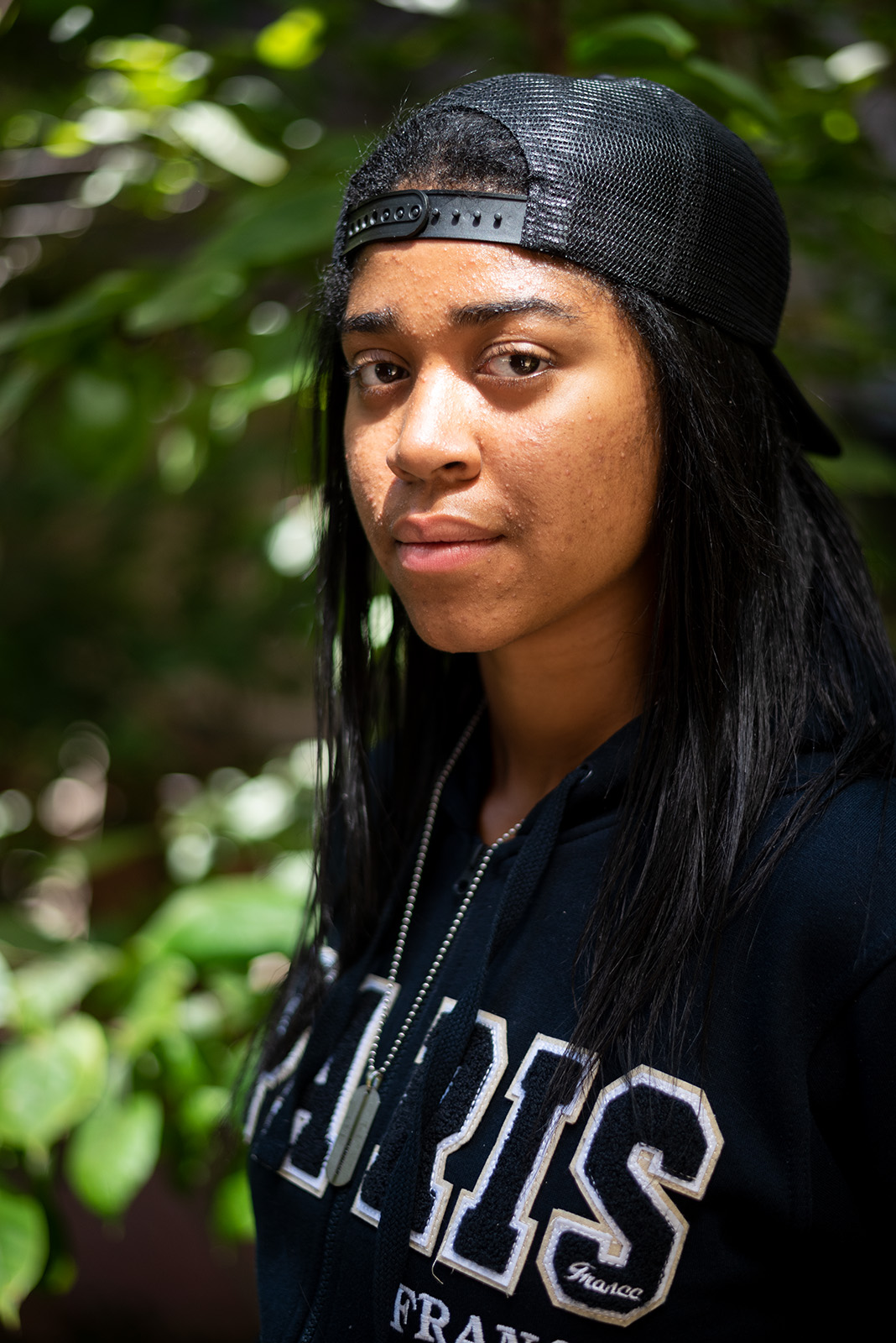 Zuriel Oduwole, a first-year psychobiology student, has met more than 30 presidents and prime ministers during her work advocating for children’s access to education. She began her rise to prominence at 9 years old when she won a national history competition. (Axel Lopez/Daily Bruin senior staff)

When Zuriel Oduwole visited Ghana at 9 years old, she was taken aback by the number of children who weren’t in school.

“We hear all the time about issues that children in other countries face: not being able to go to school, not being able to get an education,” she said. “(But) that’s when I first saw with my own eyes children who were out on the street instead of being in school.”

Today, Oduwole, a first-year psychobiology student, advocates for children’s education around the world by meeting with world leaders and producing documentaries. The 17-year-old has met with 31 world leaders and has made seven films. She has met with former Secretary of State John Kerry, as well as South Sudan President Salva Kiir Mayardit and Mozambique President Filipe Nyusi. Her films have been screened in several countries around the world.

Oduwole said her family instilled the value of service in her and her siblings from a young age.

“When I was younger, we learned that if you have the opportunity to help somebody else and you have the chance to help people, then you should do so,” she said. “My parents taught us that we can do anything we want to as long as we believe in ourselves and if we put everything that we have toward accomplishing the things we do as well.”

Prompted by her upbringing, Oduwole got her start in advocacy when she was 9 years old and decided to enter a national history competition. She decided to make a documentary film about the June 4, 1979, revolution in Ghana and went to Ghana to shoot scenes for the film.

She said seeing children who were unable to attend school inspired her to advocate for children’s education around the world.

“As a 9-year-old who went to school every single day back home, I couldn’t understand what I was seeing, but I knew that I wanted to do something to help get those children back into school,” she said.

Oduwole said her main goal with her advocacy work is to ensure that all children are able to go to school and have access to high-quality education.

In 2013, Oduwole founded Dream Up, Speak Up, Stand Up – a foundation that advocates for children’s education. She said the foundation has allowed her to receive donations for her education advocacy projects.

With DUSUSU, Oduwole hosts filmmaking workshops for children around the world and visits schools to speak with children. According to CNN, DUSUSU had worked with over 20,000 children in nine countries by 2015.

Oduwole also gives out awards annually to a first lady and a gender minister in Africa who are effecting significant change in their home countries in the field of children’s education.

In addition to children’s education, Oduwole said she also advocates for ending child marriage. The two issues are interconnected, she said, because the reason some girls are not able to attend school is because they are forced to get married.

“Usually, they’re not in school because of social reasons,” she said. “Culturally, they don’t believe that girls should go to school. They believe that they should stay at home, be in the kitchen and that sort of thing.”

Oduwole said her favorite part of her work is interacting with children. Seeing how her work affects them inspires her to continue advocating for them, she added.

She said she specifically remembers receiving a letter from a girl whose Malawi orphanage Oduwole had visited some time before.

The girl and her classmates had attended a concert as a reward for their strong academic performances, Oduwole said. After the concert, the student asked her teacher if she could speak to the main performer. That was out of the ordinary for the children at the orphanage, Oduwole said.

“She said (she did it) because when she saw (me) come to speak to her and saw what (I) was doing, speaking to presidents and prime ministers from around the world, she felt empowered that maybe she can go do something like that as well,” Oduwole said.

Oduwole’s classmates praise her resilience and generosity as a student.

Nnenna Obih, a first-year psychobiology student, met Oduwole during an admitted-students weekend and completed the Freshman Summer together, where they both took an English class.

Obih remembered one of the papers they had to write for the class. Though Oduwole had finished hers a day before, she stayed up late at night to help her classmates with their essays, Obih said.

“She went out of her way … to make sure we were okay,” Obih said.

“She doesn’t emphasize her life outside of school,” Barreras said.

Oduwole said she has been inspired by working with children around the world and hopes to attend medical school to become a child psychiatrist.

“I took (Advanced Placement) Psychology in my school, and it was one of the most interesting courses I’ve ever taken,” she said. “So I decided to put those two things together and become a child psychiatrist.”

However, Oduwole said in the long run she hopes to one day become president of the United States.

“That way, I’d have a positive influence, not just in this country, but also in other places around the world, especially for education issues,” she said.

She said she is inspired by the female presidents she has met in her advocacy work.

“One thing I always ask (female presidents) about is the challenges that they face being women leaders, especially when in most of the countries in this world, the heads of state are all men,” she said. “I learned a lot from them … about what leaders should do and the things they should focus on and how to overcome challenges.”

In the meantime, Oduwole said she hopes to grow at UCLA. She said she believes studying psychobiology will prepare her for medical school and a career as a child psychiatrist.

“I’m hoping that my entire experience at UCLA will basically just help prepare me for the world,” she said.