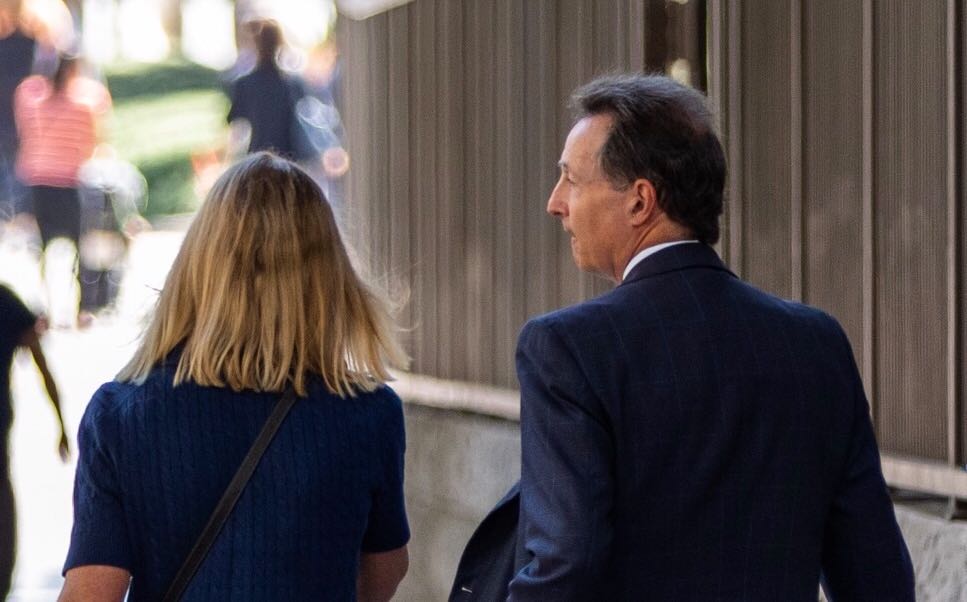 Guido Germano (right), a professor at The David Geffen School of Medicine, will serve five years of probation and register as a sex offender for possessing and distributing child pornography. (Jintak Han/Daily Bruin senior staff)

A UCLA medical professor pleaded no contest to child pornography charges at a Los Angeles Superior Court on Monday.

Guido Germano, a professor at The David Geffen School of Medicine and former division director at Cedars-Sinai Medical Center, pleaded no contest to one count of possessing and distributing child pornography and was sentenced to five years of probation at Clara Shortridge Foltz Courthouse. Germano was also sentenced to one day in county jail, for which he received credit and will not serve any additional time.

Germano was arrested June 19 for downloading and sharing child pornography through peer-to-peer software and faced up to three years and eight months in state prison, according to the Los Angeles County District Attorney’s Office. Germano originally pleaded not guilty to the charges.

Judge Gustavo N. Sztraicher fined Germano $300 for the crime and required Germano to register as a lifelong sex offender. Germano will also attend 52 weeks of sex offender counseling as part of the plea deal. Devices seized during the investigation found to contain child pornography will not be returned to Germano.