After playing soccer in England and Louisiana, Lucy Parker gives UCLA a shot 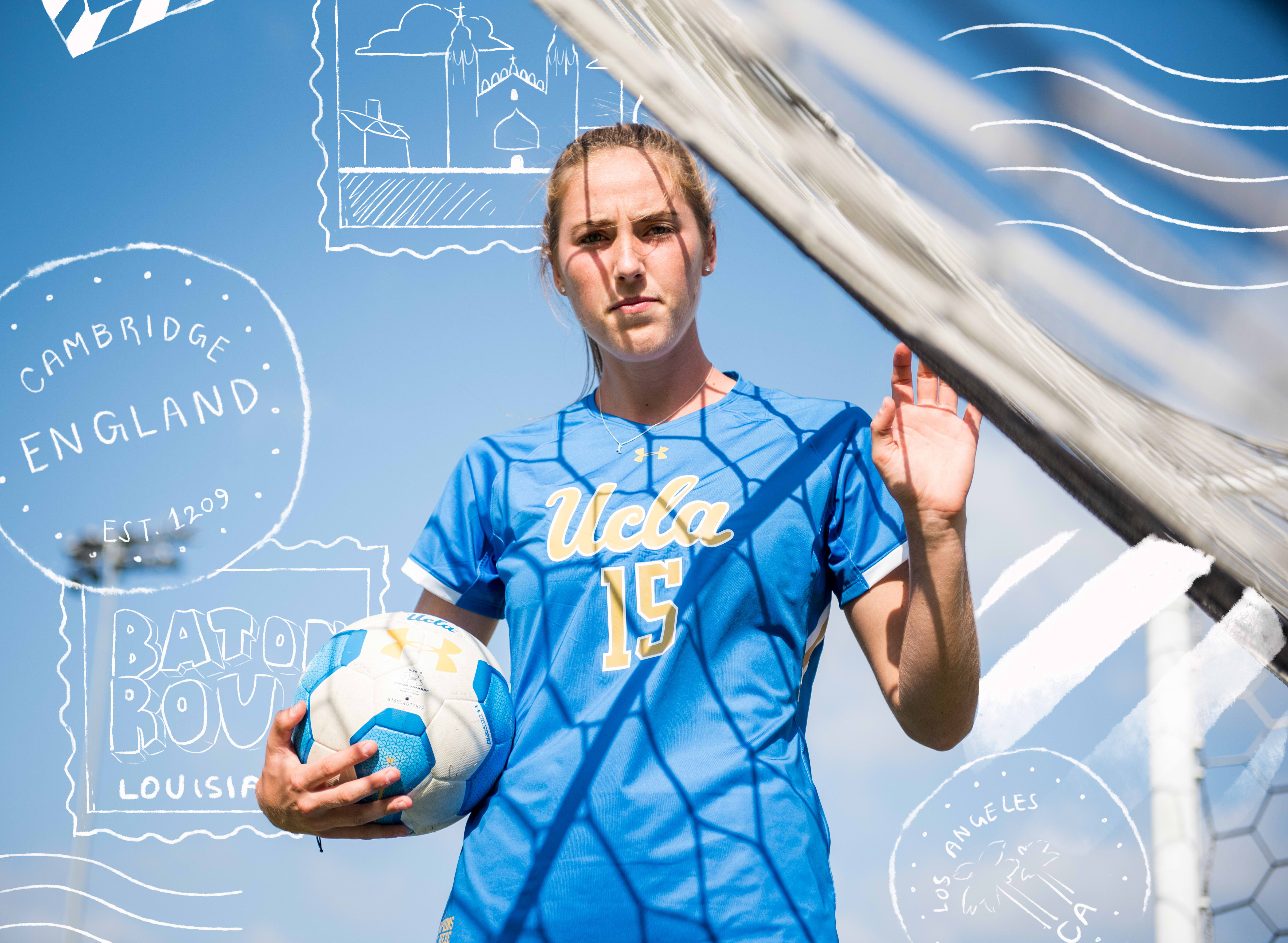 Junior center back Lucy Parker was named an All-American with the Tigers in 2018 after starting all 24 games, helping LSU to 10 shutouts and notching three goals – two of which were game-winners over then-No. 8 South Carolina and Boston University – to send the Tigers to the NCAA second round. (Niveda Tenney/Assistant Photo editor, Jessica Lam/Daily Bruin staff)

Only 13 minutes and 43 seconds into her first game as a Bruin, junior transfer Lucy Parker made her way upfield.

The center back waited for the corner kick to come her way, leaped into the air, then headed the ball into the back of the net, notching UCLA women’s soccer’s first goal of 2019.

To an outsider, it seemed like she fit right in. However, the transfer from Louisiana State was actually over 5,000 miles away from her hometown of Cambridge, England.

“I moved to America because I wanted the opportunity to combine my education with my soccer and there isn’t really anything back home that does them both at the same time,” she said. “I was also attracted to the opportunity to play every day, train every day in the sport that I love, with the access to the facilities that we have here.”

In England, she made 22 international appearances as a member of the U15-U21 English national teams. Her first move after high school was to follow her sister to Baton Rouge, Louisiana, where then-sophomore Hollie Parker ran track for the Tigers.

“I think (Lucy) decided to come to LSU because I was there, originally,” Hollie said. “Obviously, we lived together all those years, so we got a lot closer (at) LSU.”

There, the sisters encountered a culture entirely different from their own – one that involved new food and a new lifestyle.

“It was a lot of very different cuisine,” Lucy said. “They like their fried food, they like their Cajun food and I’m not big on that sort of thing, but I was suddenly surrounded by it. Almost culture shock. It’s kind of slow-paced in Louisiana too.”

Despite the changes in their surroundings, the sisters still had each other.

Lucy regularly attended her sister’s track meets and Hollie was the first person she hugged after every soccer game. They both said having each other’s support made them feel like they weren’t so far from home.

Even though she had her sister with her in Louisiana, Lucy knew she wasn’t in the right place.

“I just wanted a new challenge and I wanted to go somewhere that I knew, for sure, was going to push me every single day,” Lucy said. “I talked about it most with my sister (because) my mom doesn’t really understand the whole system, so that made it kind of tough to, one, decide to transfer and, two, decide where I was going to go.”

During her freshman and sophomore years with the Tigers, Lucy was named a United Soccer Coaches Third-Team All-American and First-Team All-SEC and All-Southeast Region honoree, and started all 42 games in 2017 and 2018.

LSU went 8-7-3 then 13-7-4 in Lucy’s two seasons in Louisiana, but even her success wasn’t enough to keep her in Baton Rouge once LSU coach Brian Lee announced his departure.

And she didn’t have to look long for her next destination.

UCLA coach Amanda Cromwell and assistant coach Sam Greene saw the All-American’s name in the transfer portal and immediately ran with it.

“We were worried that we wouldn’t even have a chance,” Cromwell said. “I told (Greene), ‘Sam, we need this.’ And she jumped on it, quickly.”

The junior transfer received an email from Greene asking her to set up a FaceTime call with UCLA’s coaching staff. Lucy was drawn to one of the nation’s top 10 programs, but said she still had her reservations.

Lucy eventually decided to make a visit to Westwood, where she toured with the coaches and met the players who would become her teammates.

Also on the schedule was a private dinner with Cromwell – which Lucy admitted made her quite nervous, because UCLA coaching staff had high expectations for their players on and off the field.

“My first impression of (the coaching staff) was that they were a little bit out there,” Lucy said. “But actually, especially after my visit, I left feeling like we clicked really well.”

Greene said it was clear after her visit that Lucy’s skill set and personality would be a good match with the Bruin roster.

“At the end of her visit, we were so excited because we could tell that she does fit with our team,” Greene said. “She’s very competitive, very fun and outgoing, but she is also very focused and intentional. We knew it would be a good transition.”

After a final conversation with her sister, Lucy officially decided to transfer to UCLA, making Westwood her third home in four years.

Hollie said even though she knew transitioning would be hard on Lucy, she encouraged the move, convinced the Bruins’ program was worth it.

“We talked about being apart after already being away from England and I didn’t want her to leave, but we knew it was best,” Hollie said. “I told her the best decision for her was to move schools and to play with a better team: UCLA.”

Lucy joined the Bruins for 2019 summer training and slowly acclimated to both the team and the town.

The England native said going to coffee shops with her teammates and the lifestyle in Los Angeles helped make Westwood her home.

“I think Los Angeles is completely different from Louisiana, but I’d say it’s a bit more similar to home than Louisiana is,” Lucy said.

Lucy may have had three residences since graduating high school, but Cromwell said the defender has always had a home on the pitch.

“She doesn’t seem homesick to us, at all,” Cromwell said. “(Lucy) loves being on the field and being around this team, and that is what helps her with any homesickness (because) she’s definitely a long way from England.”

Lucy has played a full 90 minutes at center back in each of the Bruins’ first six matches, including four shutout victories and a win over then-No. 1 Florida State.

She said she hopes the constant state of change in the latest three years of her life will all be worth it now that she has landed with the Bruins.

“We saw that we all have the same goal: We want to win a national championship,” Lucy said. “And together, I get the feeling that we can.” 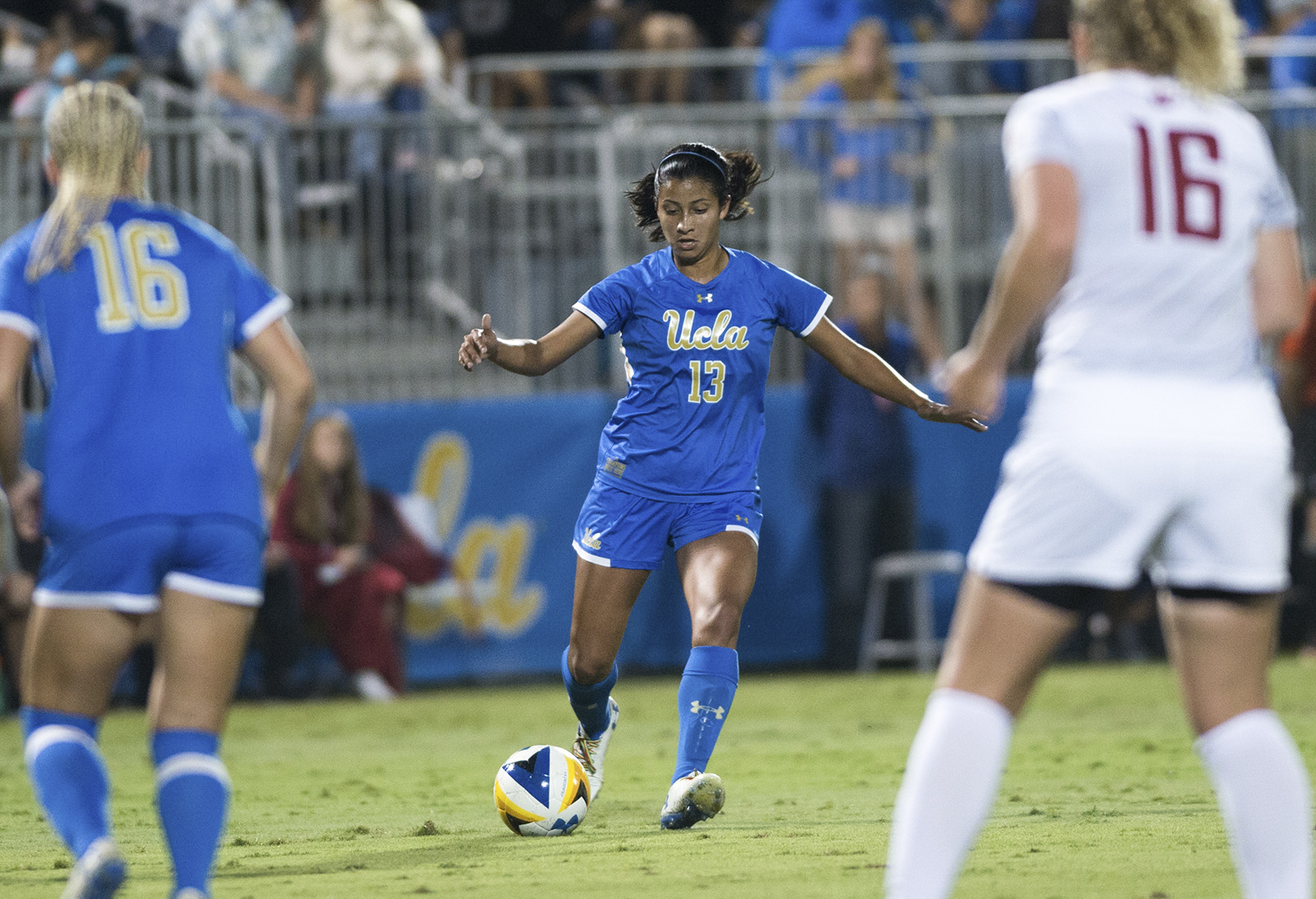 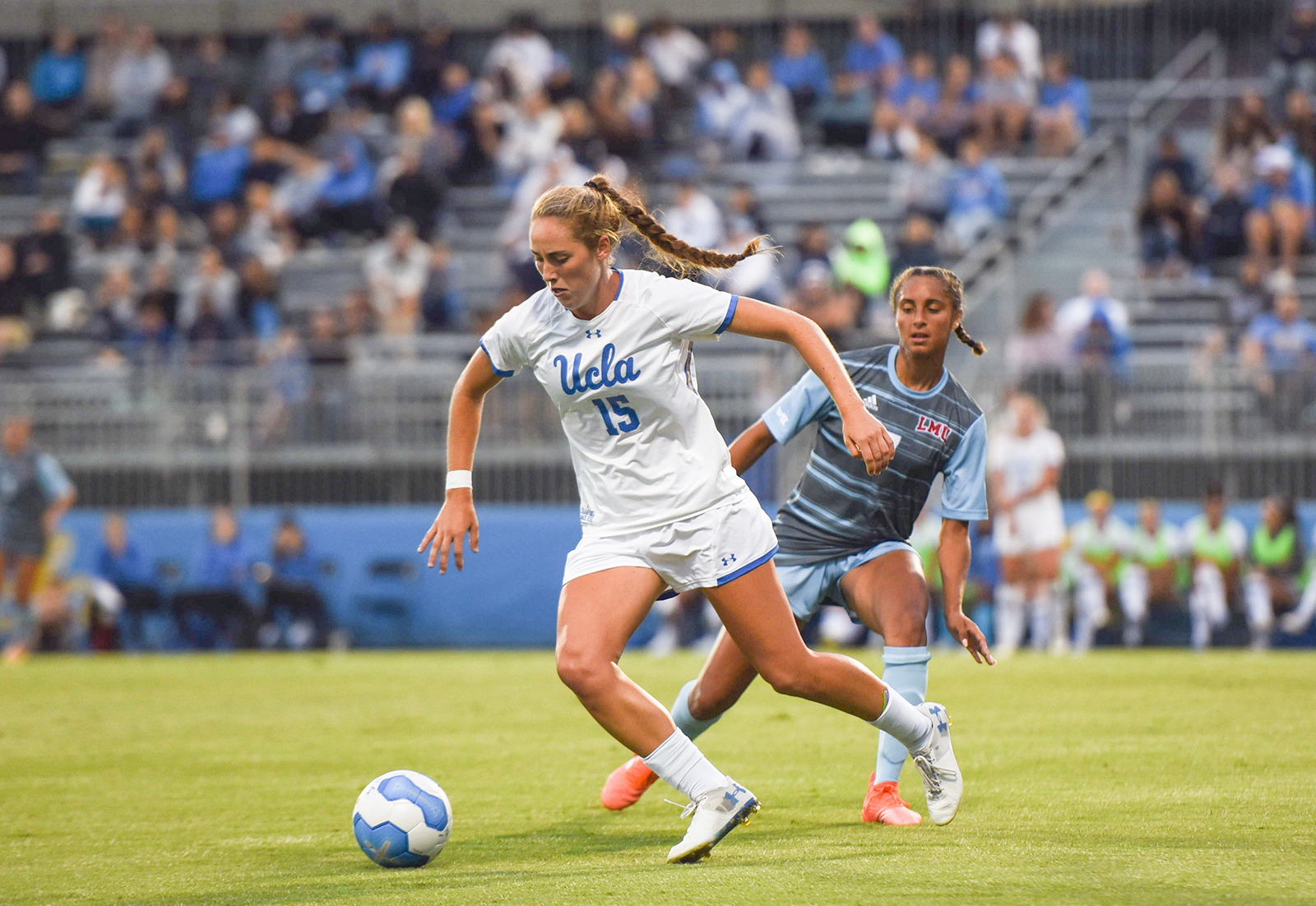 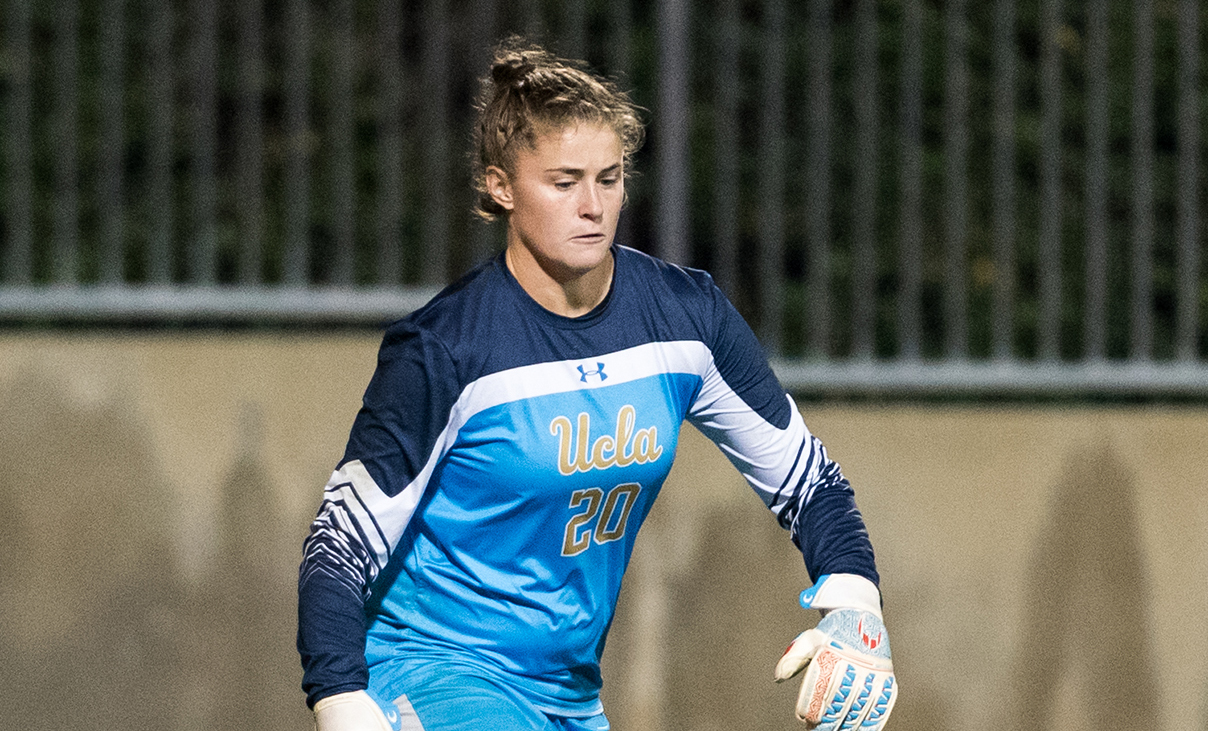 Prospect of a full, healthy roster has women’s soccer optimistic for 2019 season