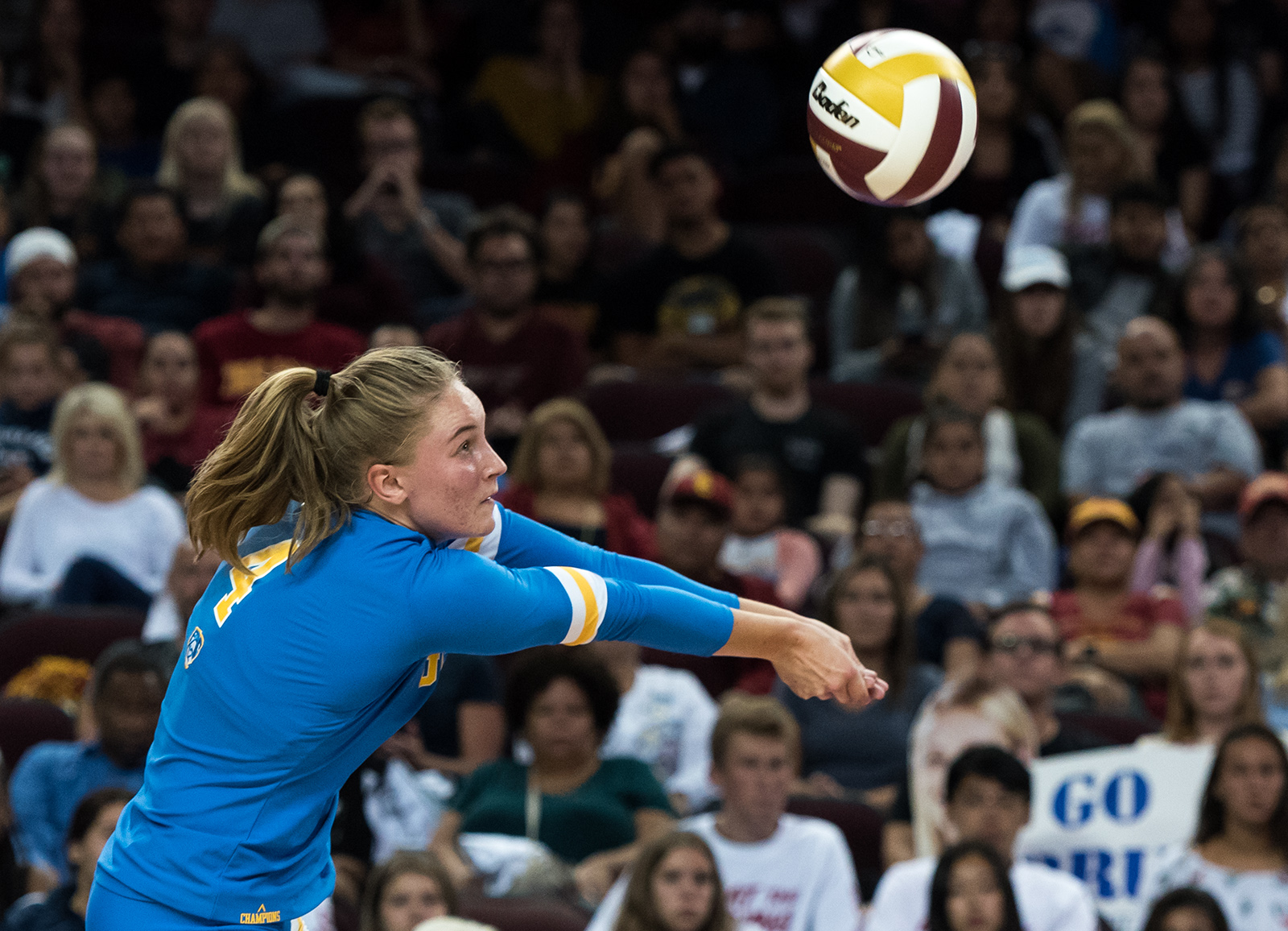 The Bruins were swept again.

UCLA women’s volleyball (5-4) fell in three sets to UC Santa Barbara (9-1) on the road in its last nonconference game of the season. The loss continued the pattern of the Bruins playing only three sets in every match this season, but it broke the trend of UCLA losing to only ranked teams.

The Bruins’ only leads in the first set were at 1-0 and 2-1. With the score even at 4-4, the Gauchos went on a 7-2 run to take a five-point lead that they would not relinquish. From there, the closest UCLA got was within four points, and Santa Barbara took the set 25-16.

The Bruins never led in the second set, as the Gauchos took a 7-3 lead that they would maintain throughout the set. UCLA was able to close the gap to just a three-point lead a few times, including at 19-16, but Santa Barbara finished the set on a six-point run from there to win 25-16.

There were 20 ties and nine lead changes in the third set as the teams went back and forth throughout the set. The Bruins jumped to a slim early lead at 7-5, but the Gauchos scored three in a row to take the lead. From there neither team led by more than one point until UCLA recorded four kills in a row to go ahead 24-21 and set up three set points for the Bruins.

But three straight attack errors by the Bruins kept the Gauchos in the set, evening up the score at 24 apiece. UCLA was able to set up one more chance to break its streak of eight straight three-set matches at 26-25.

But the Bruins were unable to capitalize, and the Gauchos collected three straight kills to win the third set 28-26, securing the sweep.

UCLA was unable to record a service ace in the match, the first time this season that the Bruins have failed to record any. In addition, UCLA collected only four total blocks, a season-low.

Gaucho outside hitter Lindsey Ruddins led all players with 17 kills and four blocks, with teammate right side Tallulah Froley right behind her with 15 kills.

The Bruin leaders in kills were senior outside hitter Savvy Simo and junior outside hitter Mac May, who recorded 13 and 12 kills, respectively, more than half of UCLA’s total kills. May also had led the Bruins in digs with 15, collecting her third double-double of the season.

Junior outside hitter Jenny Mosser had the next highest kill total for UCLA, collecting eight kills, tied for her season-high. No other Bruin recorded more than four kills.

The Bruins will have a chance to come back from the loss when they return home to face conference rival No. 20 USC at Pauley Pavilion on Wednesday in the first game of Pac-12 play. 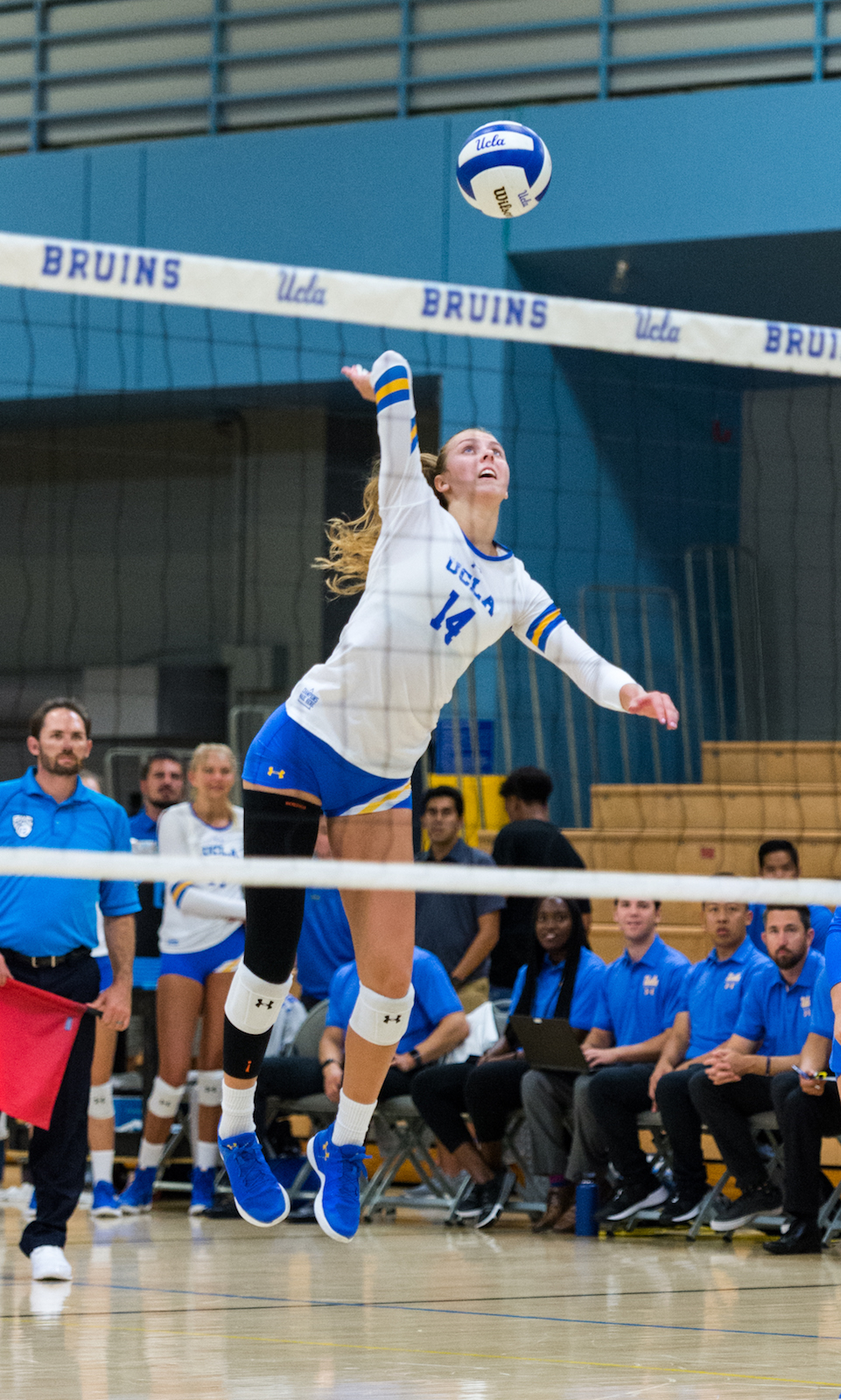 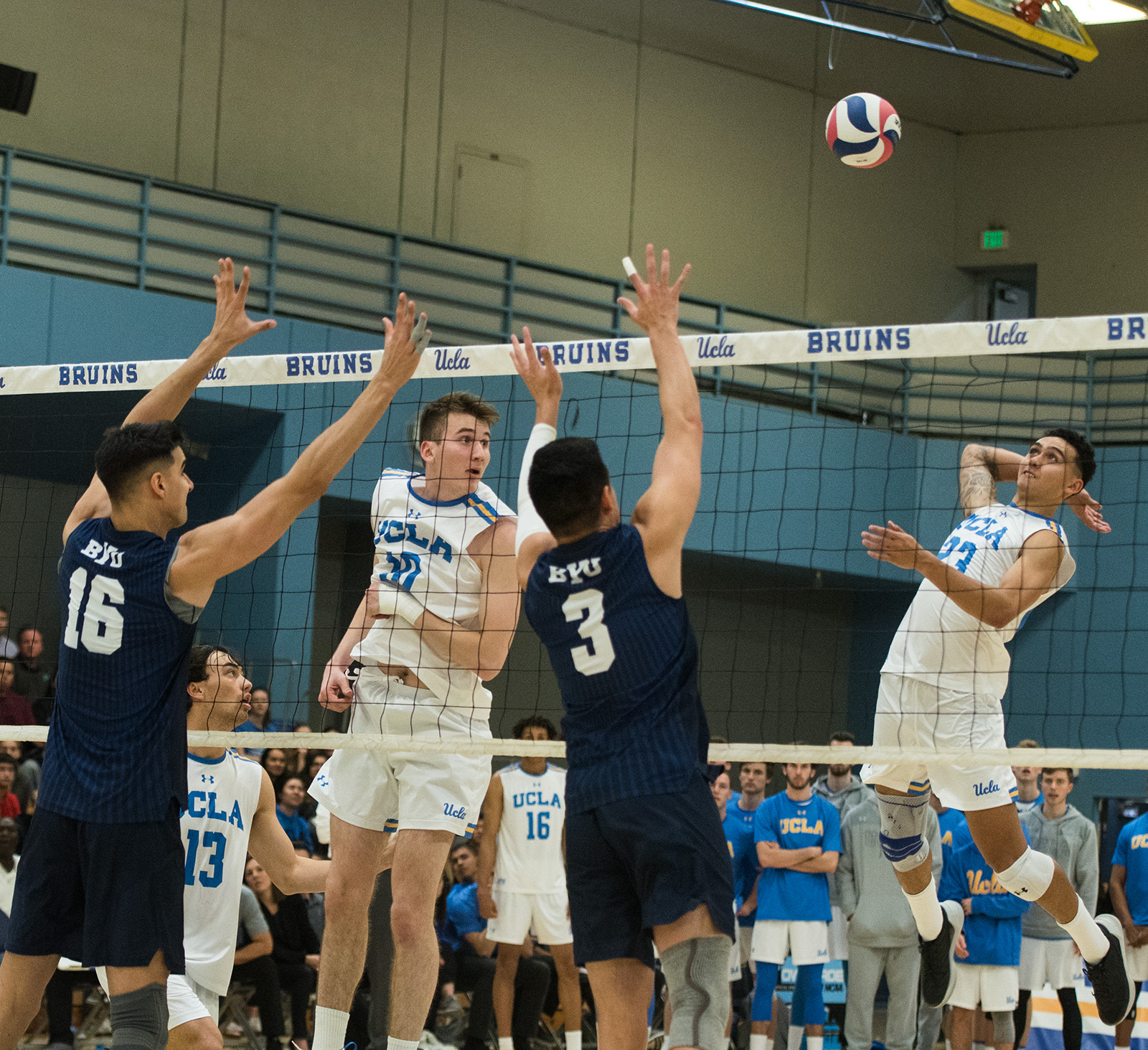 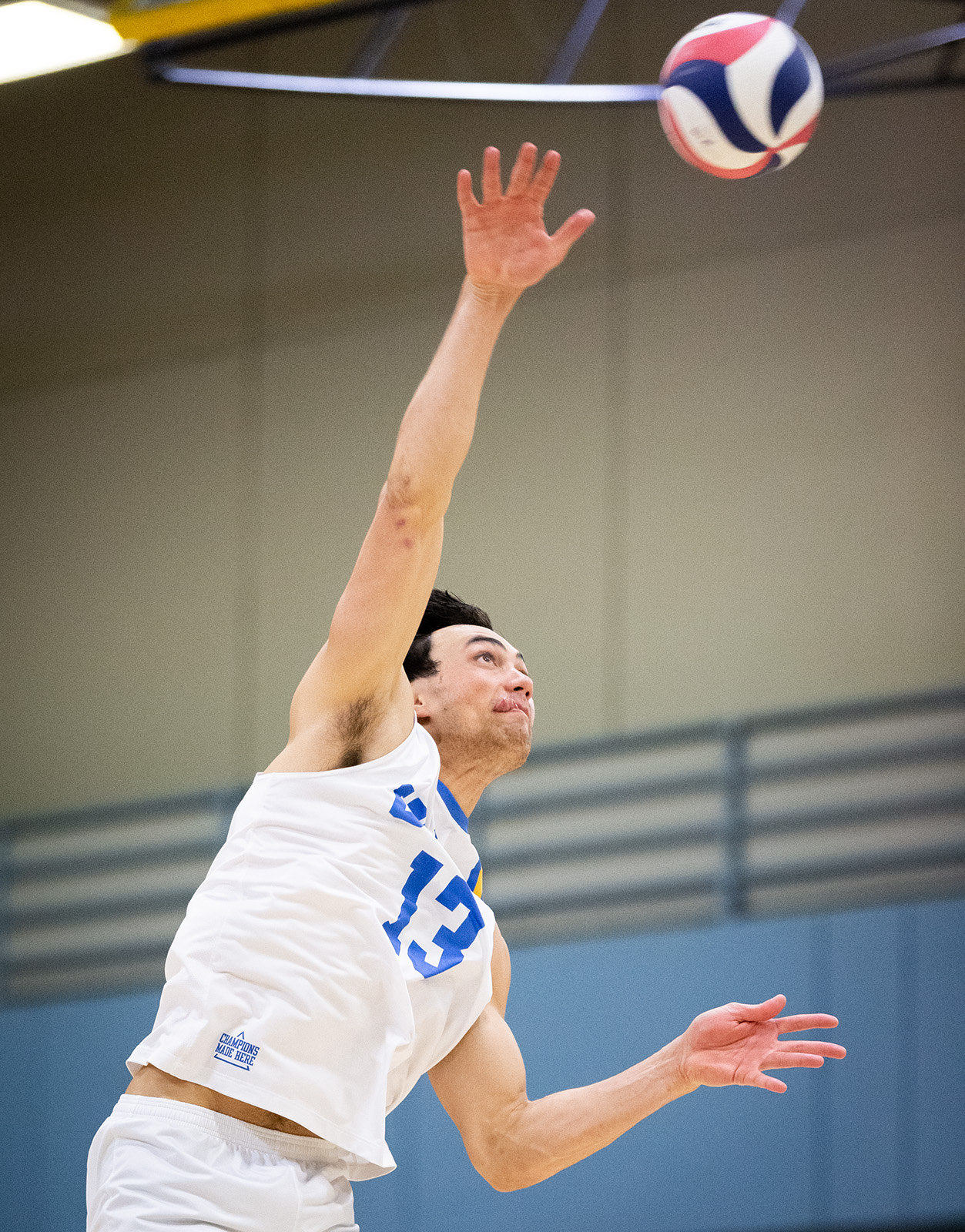 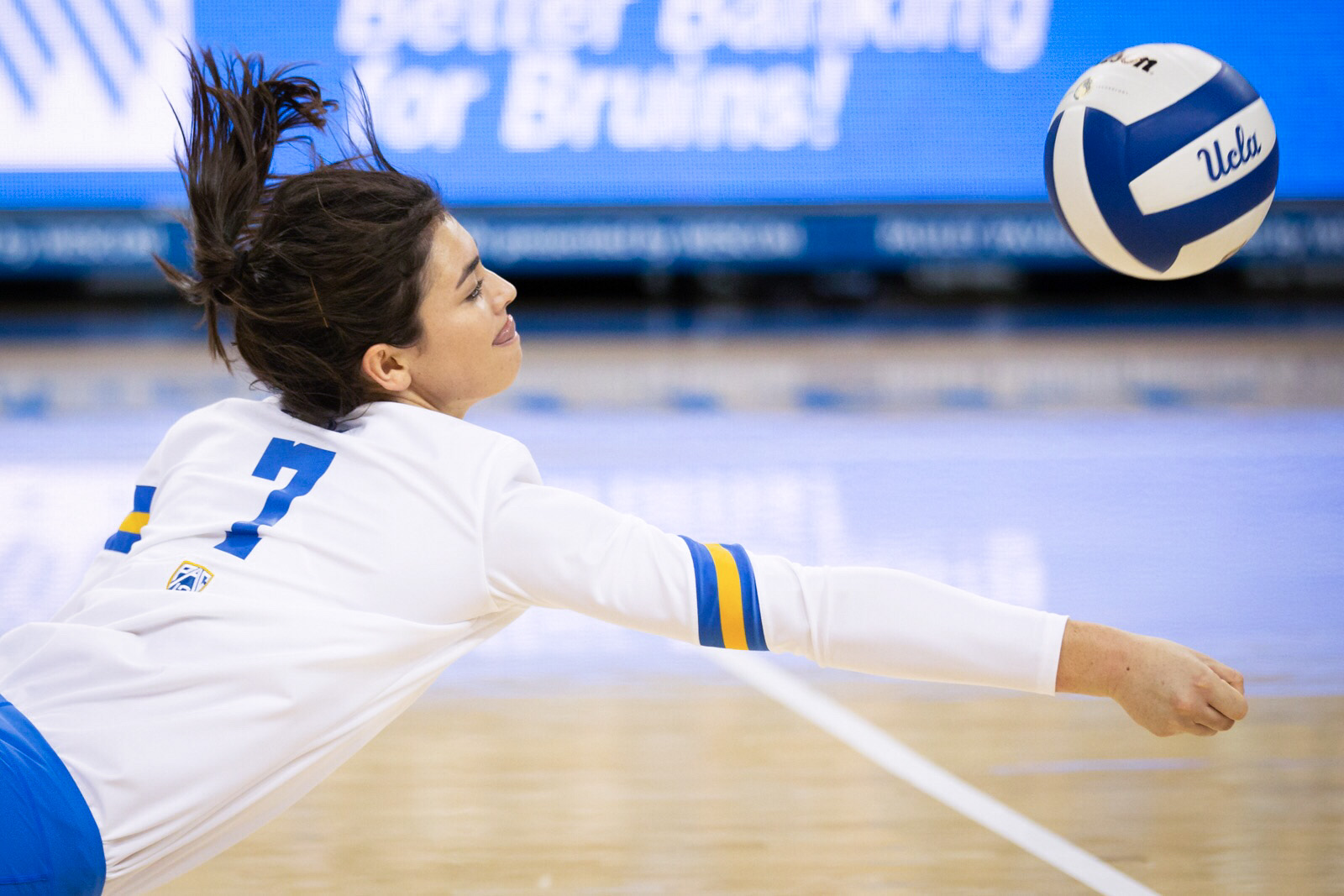