Res Life again accused of mismanagement, this time in 2016 by alumna 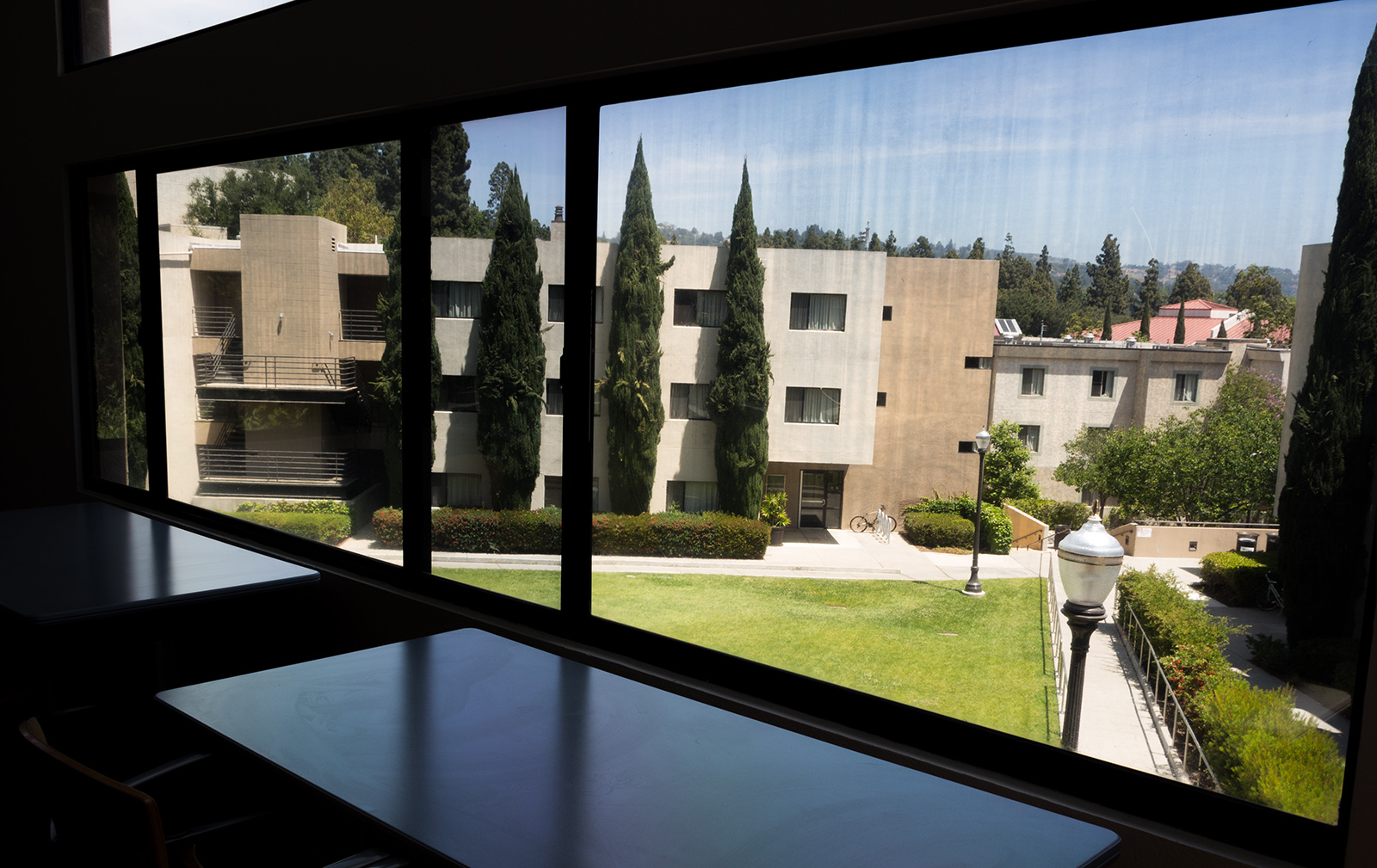 An alumni alleges Residential Life mishandled her sexual harassment claim. She said she chose to speak out about it to prevent other students from having the same experience.
(Daily Bruin file photo)

An alumna claims UCLA Residential Life treated her unfairly after she reported an alleged incident of sexual harassment in 2016 while still a student.

Yu Akao, a former student, alleged in an email that her former suite mate’s boyfriend sexually harassed her as she attempted to exit the shower in her Delta Terrace residence during fall quarter 2016.

“While he did not attempt to forcibly open the door, due to his menacing tone, I was convinced that he intended to assault me physically,” Akao said. “I had a panic attack, and regrettably, I don’t remember how long it took him to give up and go away.”

Akao, a former international student, said in an email that the incident affected her mental health, but Res Life refused to terminate her housing contract. She was later accused of disruptive behavior and violating the student conduct code after her suite mate reported she was suicidal to the police, Akao said.

She said she felt motivated to tell her story after reading about how another student alleged UCLA unfairly turned the student conduct code against them. She corresponded with the Daily Bruin through email, citing her limited English-speaking skills and post-traumatic stress from the incident.

“I made a decision to speak out about it in the hope that no future students will get harassed by faculty members at the Residential Life the way I was,” Akao said.

Akao said she scheduled a meeting with her residential director, Amanda Finzi-Smith, a few days after the incident to ask to break her housing contract and receive a partial refund. She said she wanted to stay away from the alleged harasser and needed a refund to pay for off-campus housing.

“Above all, I was suffering from self-harm triggered by PTSD, and I felt obliged to leave the Hill so as not to disturb other residents,” Akao said.

The email exchange setting up this appointment with Finzi-Smith was reviewed by the Daily Bruin. The exchange confirmed a meeting was set up.

Akao said she felt Finzi-Smith denied Akao’s request to break her housing contract because of Akao’s medical condition and her status as an international student.

“As soon as we started our conversation and she found out that my English was very poor, she began to overtly express her contempt,” Akao said.

Finzi-Smith did not respond to a request for comment. UCLA officials cannot comment on individual cases because of policies and laws that protect students’ privacy, said Ricardo Vazquez, a UCLA spokesperson.

Akao said that after Res Life refused to terminate her contract, she attempted to resolve the matter with her residential assistant, roommate and suite mates. However, her suite mate repeatedly hosted the alleged harasser overnight throughout the academic year, which impacted her mental health, Akao said.

Akao said she felt her suite mates did not fully understand the toll the incident had on her, so she chose to tell her suite mate and her boyfriend that she had experienced symptoms of PTSD and suicidal ideation after the incident.

“It was obvious that they were unaware of the seriousness of the issue, and it seemed to me that speaking frankly about my health condition was the only way to let them know how much I suffered,” Akao said.

Akao alleged her suite mate then falsely reported to the police that Akao was about to commit suicide. Police officers then escorted her to the Ronald Reagan UCLA Medical Center to undergo a psychiatric evaluation, she said.

“I had a talk with a psychiatrist, to whom I explained that my suite mate distorted what I said and that I had no intention to commit suicide,” Akao said.

Akao said she was later accused by Finzi-Smith of violating the student conduct code because Akao’s disruptive behavior led to the false report by Akao’s suite mate that Akao needed emergency care.

The Bruin reviewed a May 2017 email from Finzi-Smith informing Akao of an official UCLA housing notification after her hospitalization incident. The notification instructed Akao to respond or else her student account and registration would be put on hold.

She said she was subsequently expelled from the residential community and forced to write a reflection paper describing the importance of following rules and regulations. However, this expulsion coincided with the end of spring quarter and had little impact on her immediate living situation, she added.

“I don’t want to diminish how she feels,” Wang said. “It could have happened but it might be blown out of proportion.”

Wang said she arrived to their Delta Terrace residence just as the police were taking Akao to the hospital. She said she helped bring Akao back to their residence when Akao was cleared that same night.

Ngo also said she went to the hospital to see Akao. She said the suite mate who called the police told her she felt frightened by the way Akao approached her, which prompted the call.

Ngo said she thought Akao was often misunderstood because of the language barrier and cultural differences between Japan and the United States.

“I could tell by the way the psychiatrist talked to her that she didn’t understand the way (Akao) was frightened,” Ngo said.

Akao also alleges that assistant director of student conduct at Res Life Kirk White, dismissed her written appeal and criticized her critical thinking ability. Akao said she thinks her poor English communication skills prompted that response from White. White did not respond to a request for comment.

“I do not intend to make excuses for my poor communication skills,” Akao said. “Also I (have) acknowledged that my mental illness must have been disturbing to other residents, and again, for this reason, I would have been more than willing to leave the community earlier if the Residential Life had let me terminate my contract.”

Res Life will work with students to change rooms during the year if they are in distress, Vazquez said in an email statement. However, the university is required to balance the needs of the reporting student with the due process rights of the alleged perpetrator and cannot impose unilateral sanctions on the accused student, he said.

“Each case is evaluated on an individual basis,” Vazquez said in an email. “In the event that an accommodation requires moving off campus, the university will assist the student in terminating the contract on an appropriate date.”

Students will only be charged for the nights they were assigned to their room if a student is approved for a change in accommodation or early contract termination, Vazquez said. A refund will be given for any money they paid over that amount of time, he added.

Ngo said she thought Res Life mishandled Akao’s situation because it never informed her roommates and suite mates about a separate incident where Akao alleged she was sexually abused.

She added that, following the incident, Akao and the other suite mates had a meeting with their residential assistant to establish ground rules, including discussing the alleged harasser coming into the room, but those rules were not enforced.

Wang and Ngo said Akao never told either of them that she attempted to break her housing contract or that Res Life treated her unfairly. Akao said she chose not to tell her roommates and suite mates about her interactions with Res Life because they doubted the severity of the incident with the alleged harasser.

Sexual harassment is defined by the University of California Office of the President Sexual Violence and Sexual Harassment Policy as unwelcome sexual advances, unwelcome requests for sexual favors, and other unwelcome verbal, nonverbal or physical conduct of a sexual nature under certain conditions.

Despite her experience with Res Life, Akao said she does not have ill will against UCLA, but thinks university officials should be more considerate of language barriers and mental health.

“I simply wish that no future students experience what I have gone though, and that the Residential Life foster a more mutually respectful environment, allowing everyone to live free of threats of harassment and discrimination,” Akao said.