Current, former Bruins head to US Open while coaches look to recruit 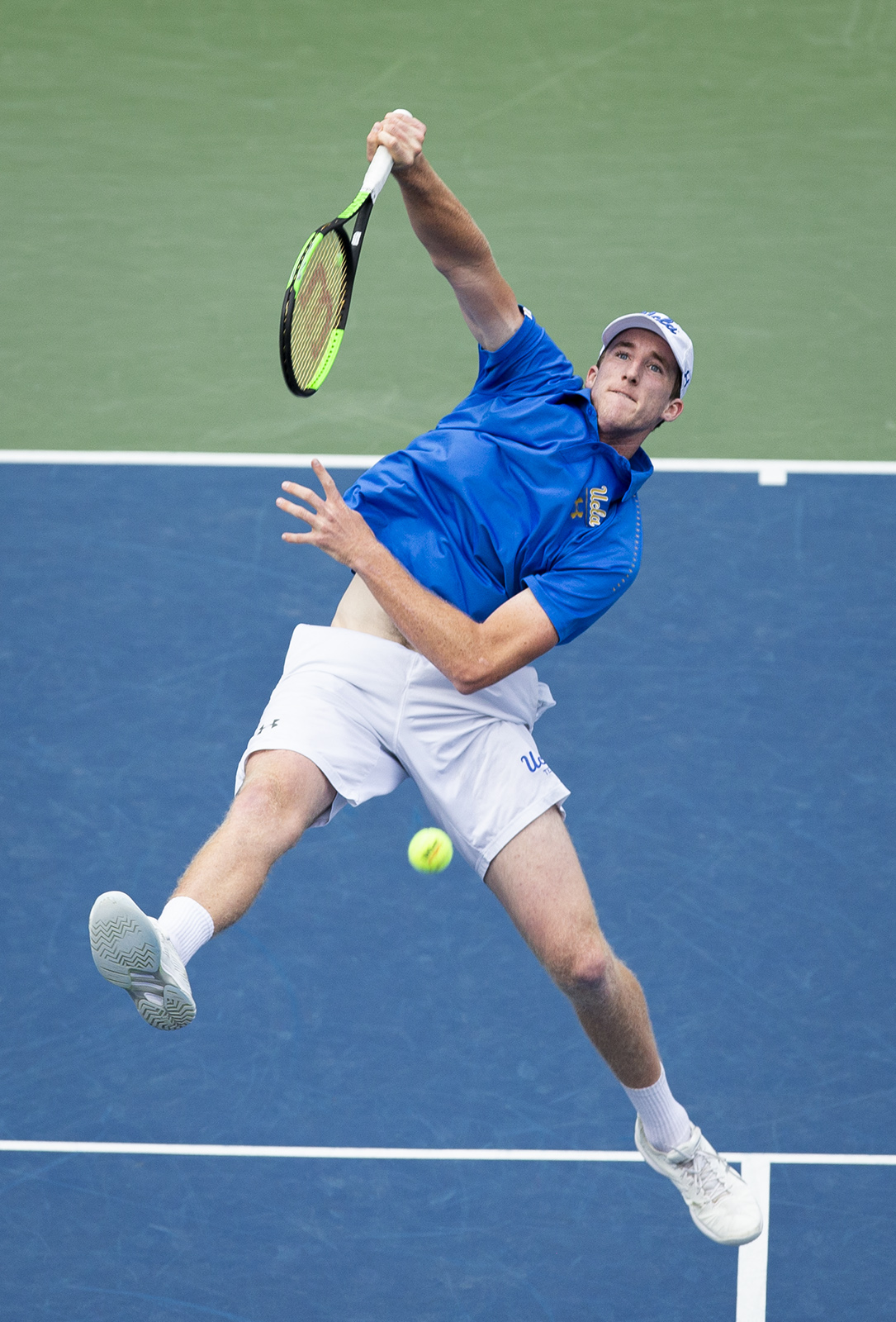 UCLA men’s tennis junior Keegan Smith and his partner recently graduated Maxime Cressy competed in the men’s doubles main draw at the US Open. The pair fell in the first round to the duo of Ricardas Berankis and Juan Ignacio Londero 6-4, 3-6, 6-3. (Andy Bao/Daily Bruin)

NEW YORK – The crack of a tennis ball leaving the strings of a racket echoed throughout the empty, 23,771-seat stadium.

UCLA men’s tennis assistant coach Rikus De Villiers and senior Ben Goldberg warmed up at Arthur Ashe Stadium before day six of the US Open – the only tennis Grand Slam tournament held in the United States.

“There’s something very unique when you walk onto (Arthur Ashe Stadium),” De Villiers said. “The fans are boisterous and loud, there’s a buzz around the grounds, you can tell that something special is going on in New York when it’s time for the US Open.”

De Villiers and Goldberg were warming up in the iconic stadium before coaching UCLA men’s tennis junior Keegan Smith and recently graduated Maxime Cressy in the men’s doubles main draw. But the four of them weren’t the only Bruins making their marks in Flushing Meadows Corona Park.

Other than the national tournaments for high school-age kids, Martin said there aren’t many better opportunities for him to see so many of the world’s best high school players in one place.

“Recruiting is one of my main focuses in being here,” Martin said. “We get to see guys that we might never see play or kids we’ll be battling against in upcoming years. It’s a great place to showcase yourself as a younger player.”

Brown said the US Open shows him and other coaches what kids are really made of and how they will transition to UCLA.

“This is a good indicator of how kids handle adversity,” Brown said. “You’re going to be challenged in and out of the classroom at UCLA, and here you can see who’s ready for that kind of challenge. It’s hard to judge a 15 or 16-year-old but those intangibles can make a difference at any age.”

The USTA Billie Jean King National Tennis Center saw its fair share of Bruins during the US Open. Ten current and former Bruins traveled to New York to compete, along with countless other Bruins who were coaching or spectating from the stands.

Even former Bruin and NCAA singles and doubles champion Mackenzie McDonald made appearances as a commentator for ESPN.

De Villiers said his connections with athletes who have competed in Flushing Meadows were helpful with ordinary tasks for players and coaches like scheduling practice court time and even getting massages.

“There’s a bunch of guys here playing and commentating and coaching,” De Villiers said. “There’s so many different people that have that (UCLA connection) everywhere you go. It makes it feel a little less daunting when there’s people to help us with all the little things that we haven’t done because we haven’t gone through this before.”

As a player, Smith said the amount of Bruins in Flushing Meadows helped him feel comfortable in making the jump to large scale tournament without too many nerves.

“There’s so many people and so many things going on that it can get overwhelming,” Smith said. “But when you share that common ground of UCLA, I know there are people here to talk to, who will help me, and it’s a really nice support system to fall back on.”

And while there were current or former UCLA athletes in all five main draws for men and women – as well as all four juniors main draws – there’s a deeper Bruin connection than just those who take the court.

Arthur Ashe played for UCLA men’s tennis from 1963-1966 and became the first African American man to win a Grand Slam when he won the US Open in 1968. His name adorns the world’s largest tennis stadium and his foundation – the Arthur Ashe Legacy at UCLA – awarded its first scholarship to a UCLA student this year.

The scholarship recipient, fourth-year political science and global studies student Maripau Paz, said Ashe’s legacy will live on because of his work off the tennis court as well as on.

Ashe has had an impact on an entire generation of athletes, African Americans and Bruins alike.

“It’s a humbling thing to come back here every year and understand how fortunate I am,” Brown said. “It’s really the standard you have to present yourself with as a Bruin, as a tennis coach, as a black man myself, and I do not take it lightly. Arthur Ashe is special, and to be a part of that family is special to me.”

Cressy and Smith bowed out in the first round of the men’s doubles main draw to the duo of Ricardas Berankis and Juan Ignacio Londero 6-4, 3-6, 6-3, but Smith said the experience of playing ATP Tour-level players will help him prepare better for his performance in the upcoming college season and beyond.

“They play a lot better with tactics, physicality and skills than any college team,” Smith said. “Playing them, along with the other professional tournaments I’ve played this summer, will really help me for next season and further down the road in my career.”

In the junior tournament, Nanda advanced to the second round in singles before falling to the No. 16 seed Peter Makk and made it to the semifinals in doubles with partner Liam Draxl, losing 6-7(4), 6-3, 10-7 to Eliot Spizzirri and Tyler Zink. Nanda and Draxl finished as runner ups in the Wimbledon boys’ doubles final earlier in the summer.

Forbes also played in the singles and doubles draws on the junior side. As the No. 13 seed in singles, Forbes battled her way to the third round before falling to No. 4-seeded Maria Camila Osorio Serrano in two close sets. In doubles, Forbes and her partner Savannah Broadus were unable to repeat their success from winning Wimbledon girls’ doubles, falling in the quarterfinals despite entering as the No. 6 seed.

Forbes also played in the women’s doubles main draw with Alexa Noel after the pair won the USTA Billie Jean King Girls’ 18s National Championship, but the duo lost in straight sets in the first round. 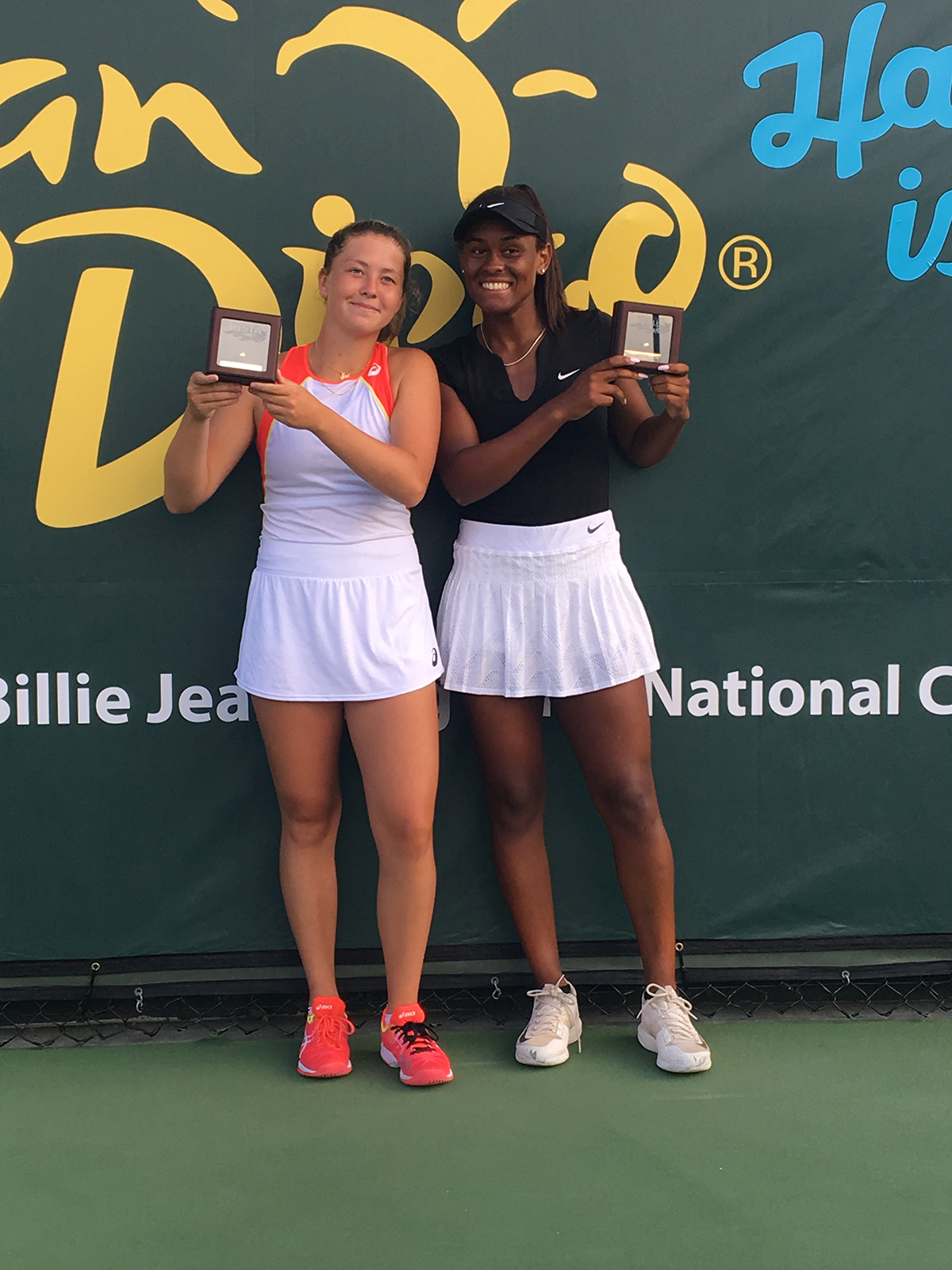 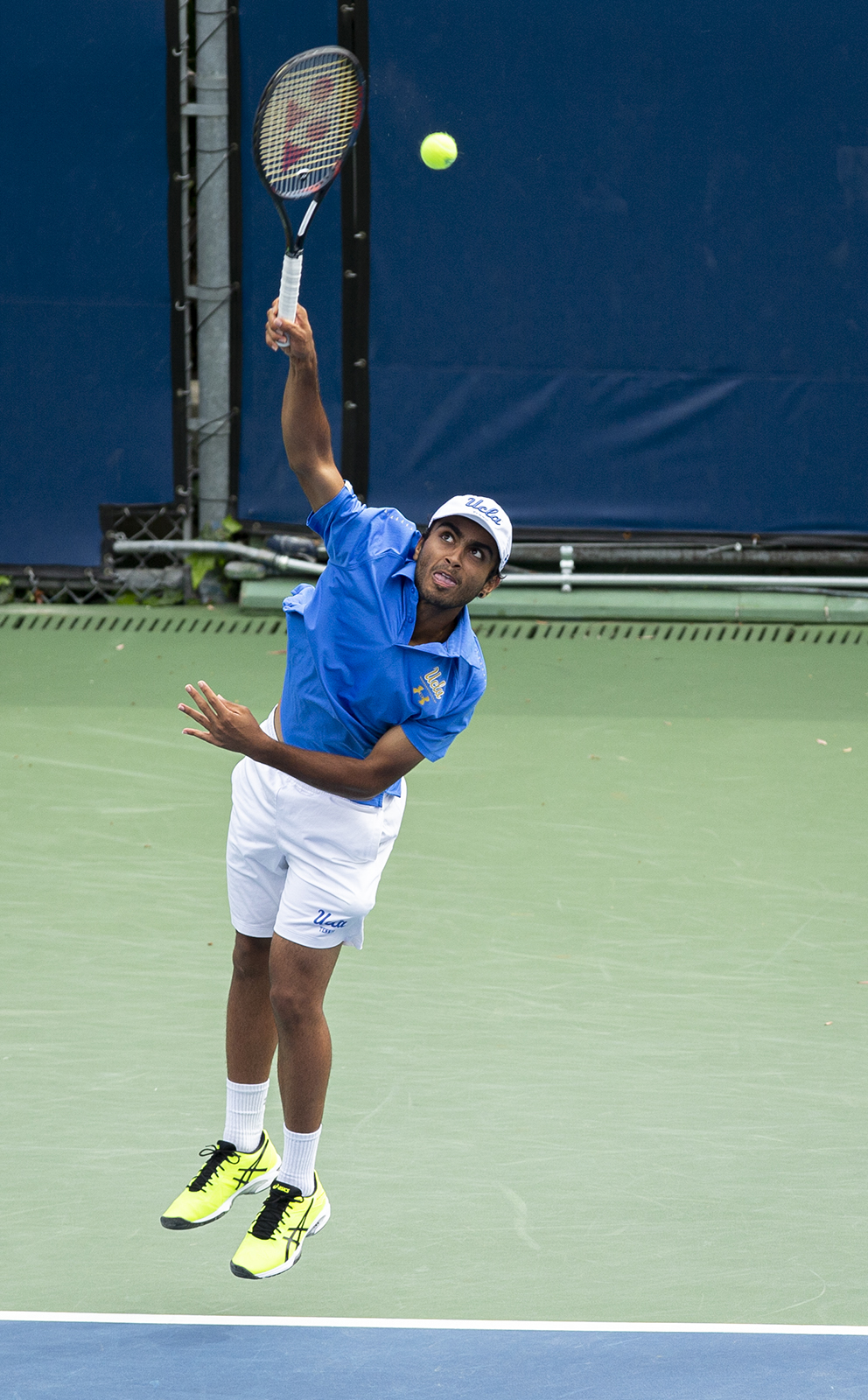 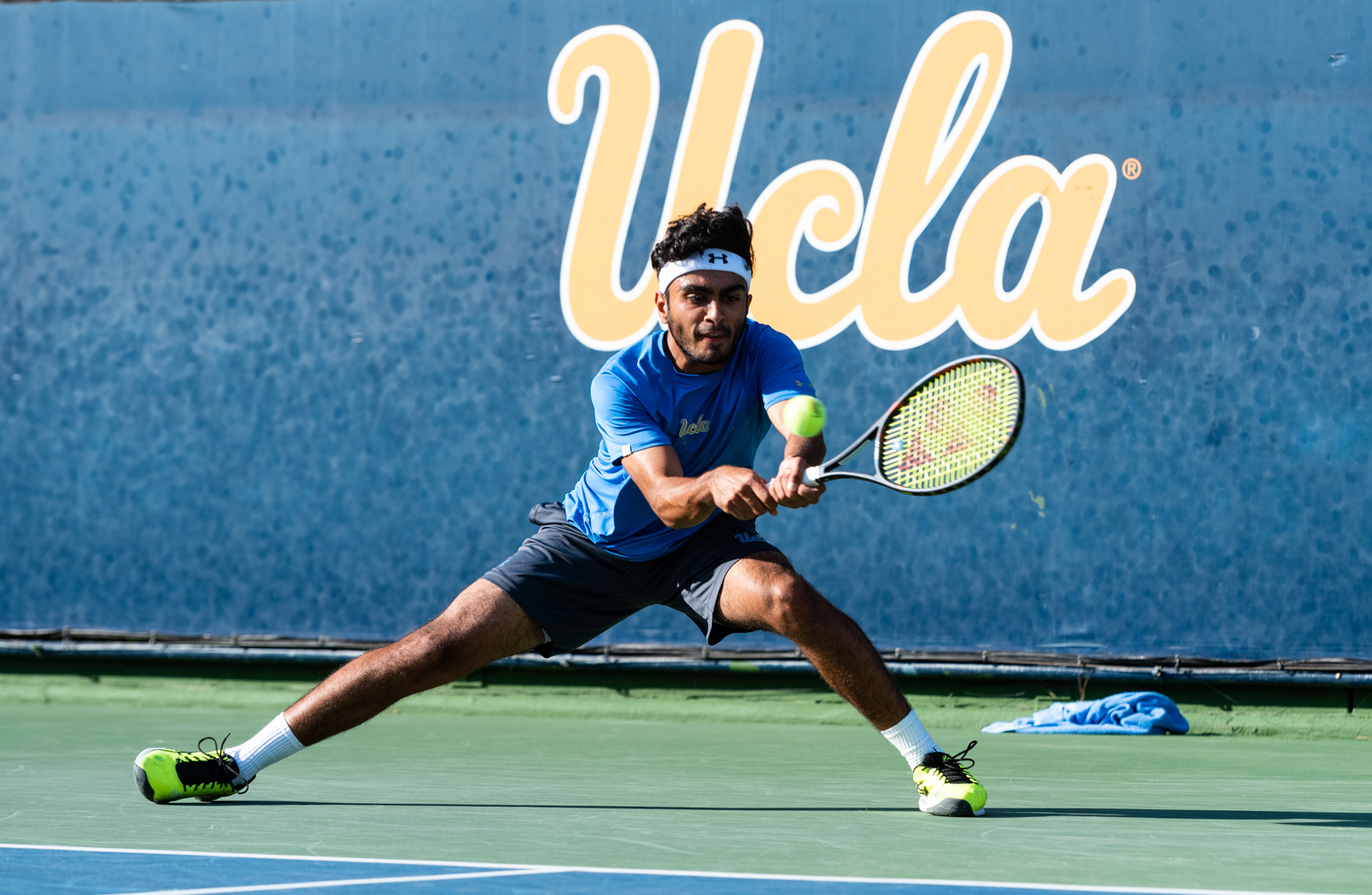 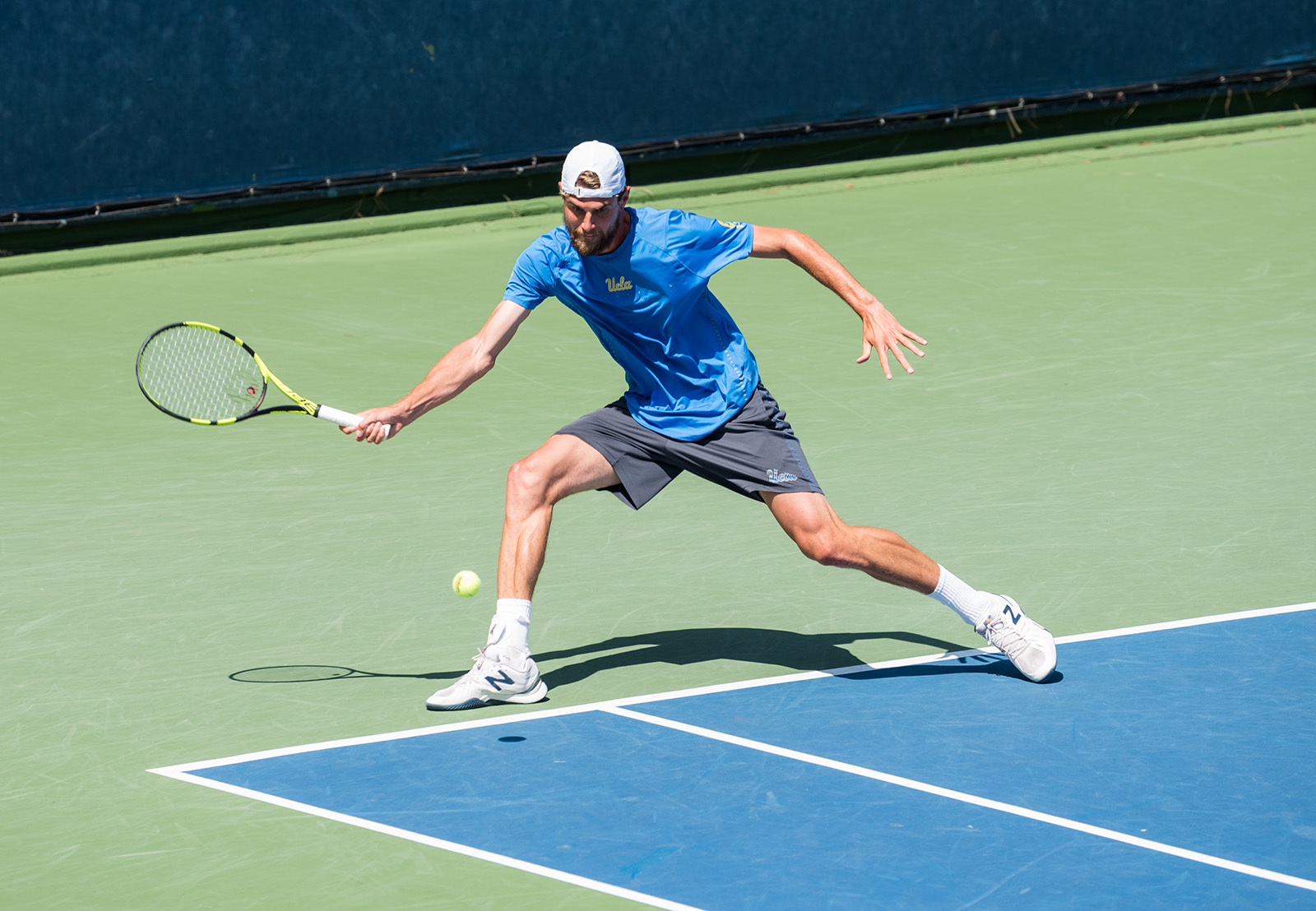