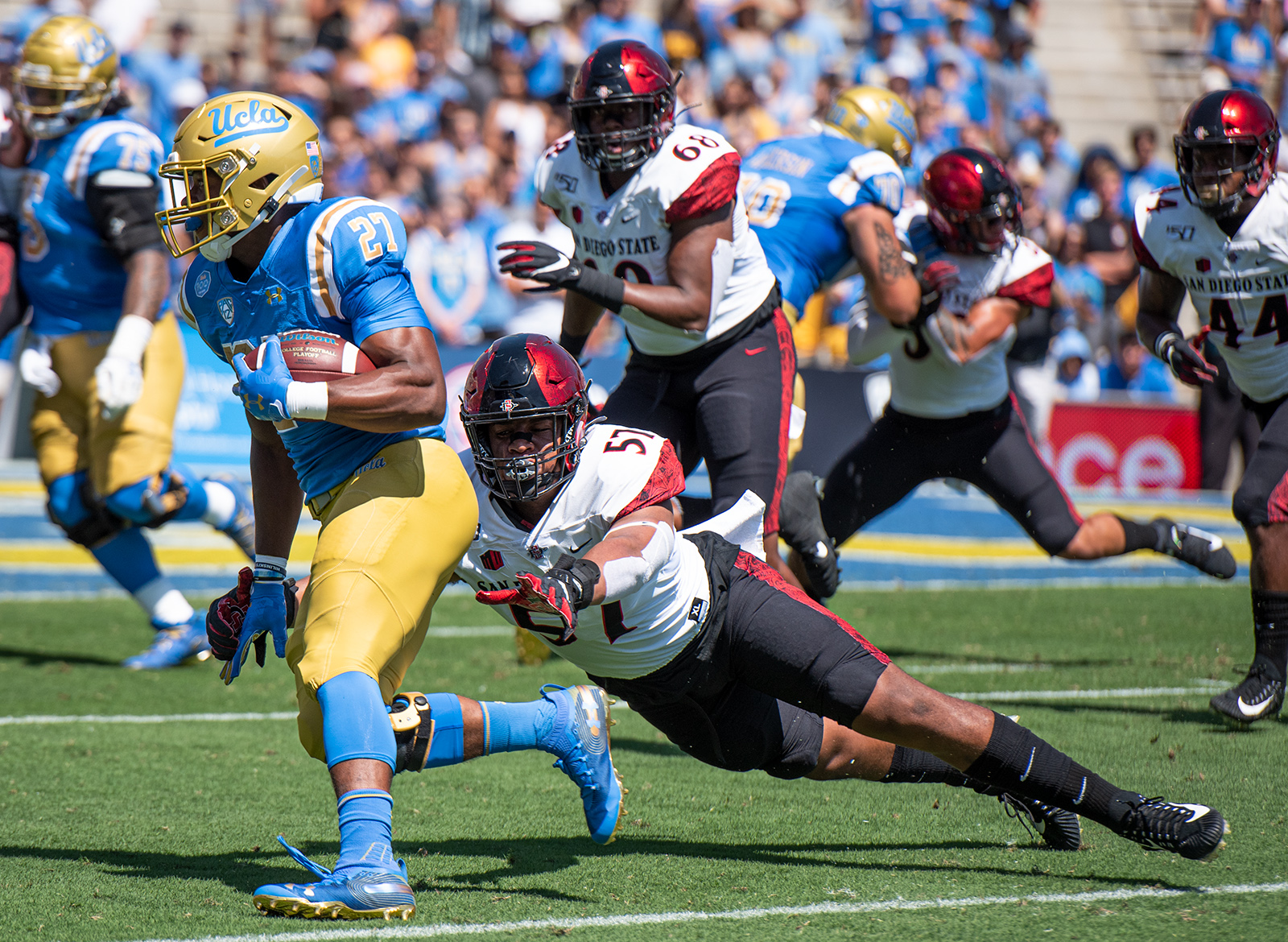 Redshirt senior running back Joshua Kelley – who made his season debut after sitting out against Cincinnati last week – put the Bruins on the board first with a five-yard touchdown. UCLA, however, trails San Diego State 10-7 at the break. (Niveda Tennety/Assistant Photo editor)

The Bruins let a fast start get away from them.

UCLA football (0-1) trails San Diego State (1-0) 10-7 at halftime in its home opener, despite striking first just two minutes and 57 seconds into the game.

After opening the day with a defensive three-and-out, highlighted by a sack from redshirt junior defensive end Osa Odighizuwa, the Bruins zipped down the field to open the scoring on a five-yard scamper from redshirt senior running back Joshua Kelley.

Kelley – who missed last week’s season opener in Cincinnati – finished the half with 35 yards on eight carries.

SDSU marched the ball downfield on the ensuing drive, converting on a 3rd-and-8 in its own territory and then benefitting from a pass interference call on 3rd-and-goal from 17 yards out, placing the ball at the three-yard line.

Aztecs running back Chase Jasmin then capped off the drive with a two-yard score to tie the game at seven apiece.

Following a fumble from freshman tight end Mike Martinez on UCLA’s next drive, SDSU took control of the lead with a field goal from 43 yards out.

The teams traded missed field goals late in the second quarter, preserving the score at 10-7 heading into the break.

The Bruins will receive the second-half kickoff. 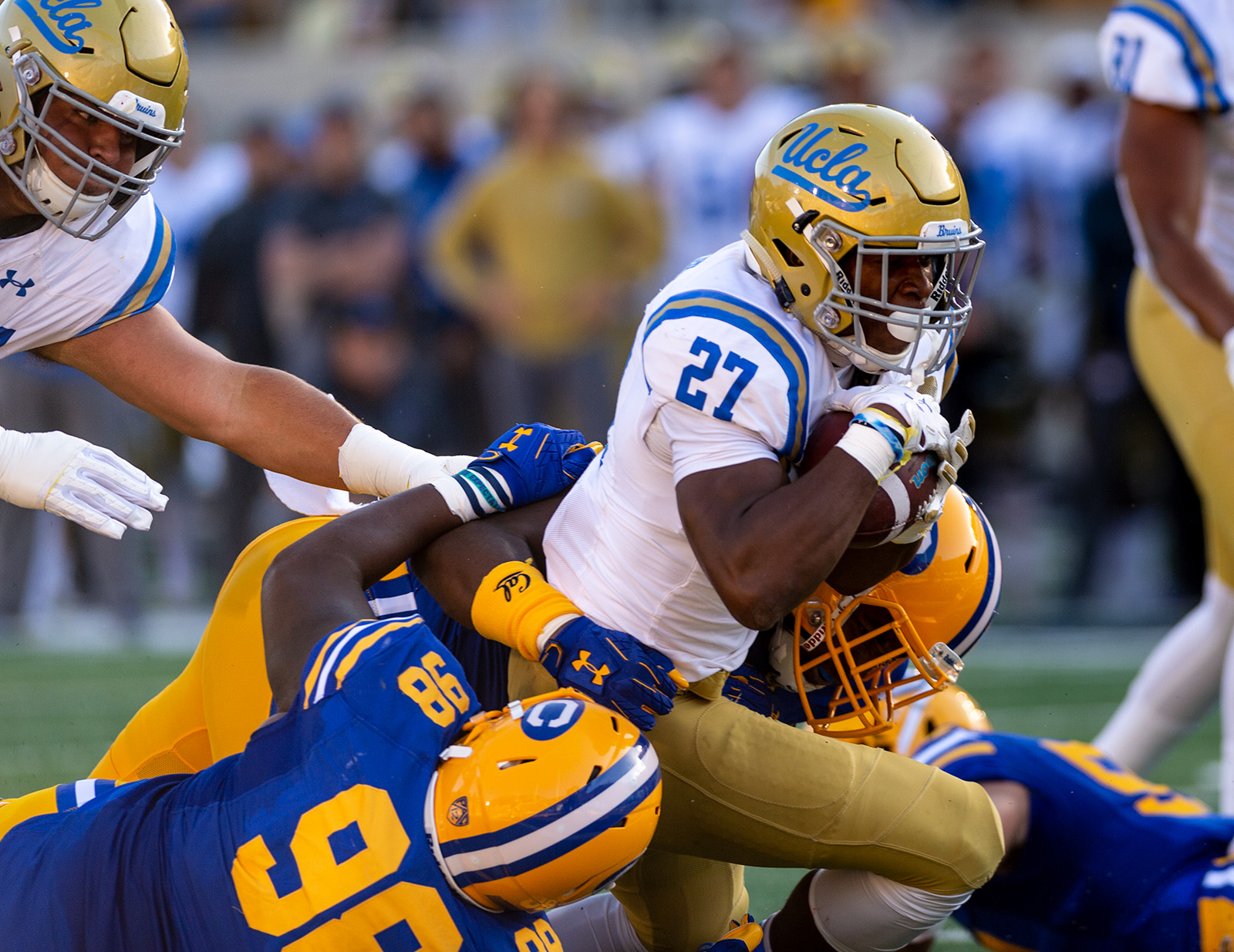 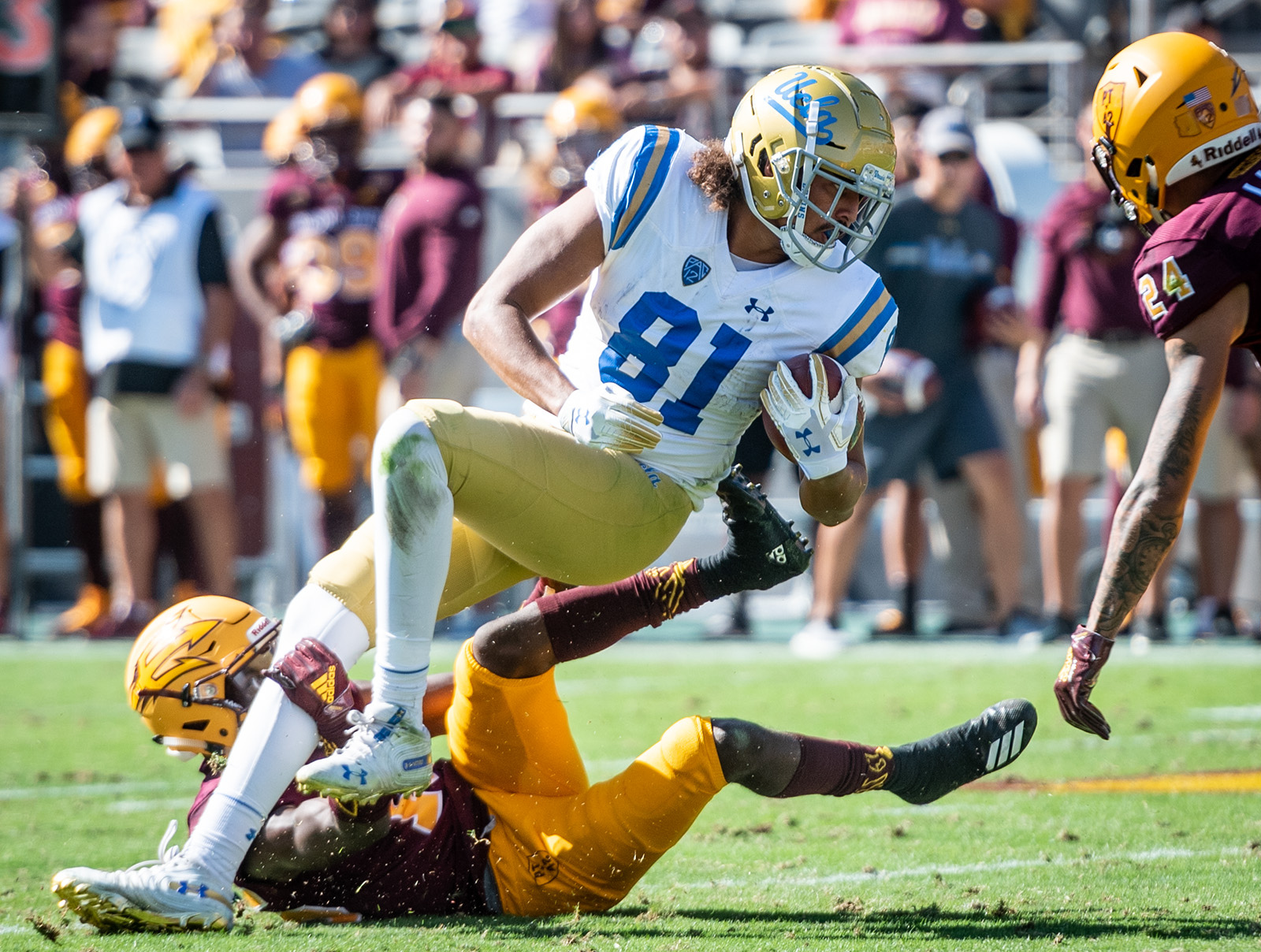 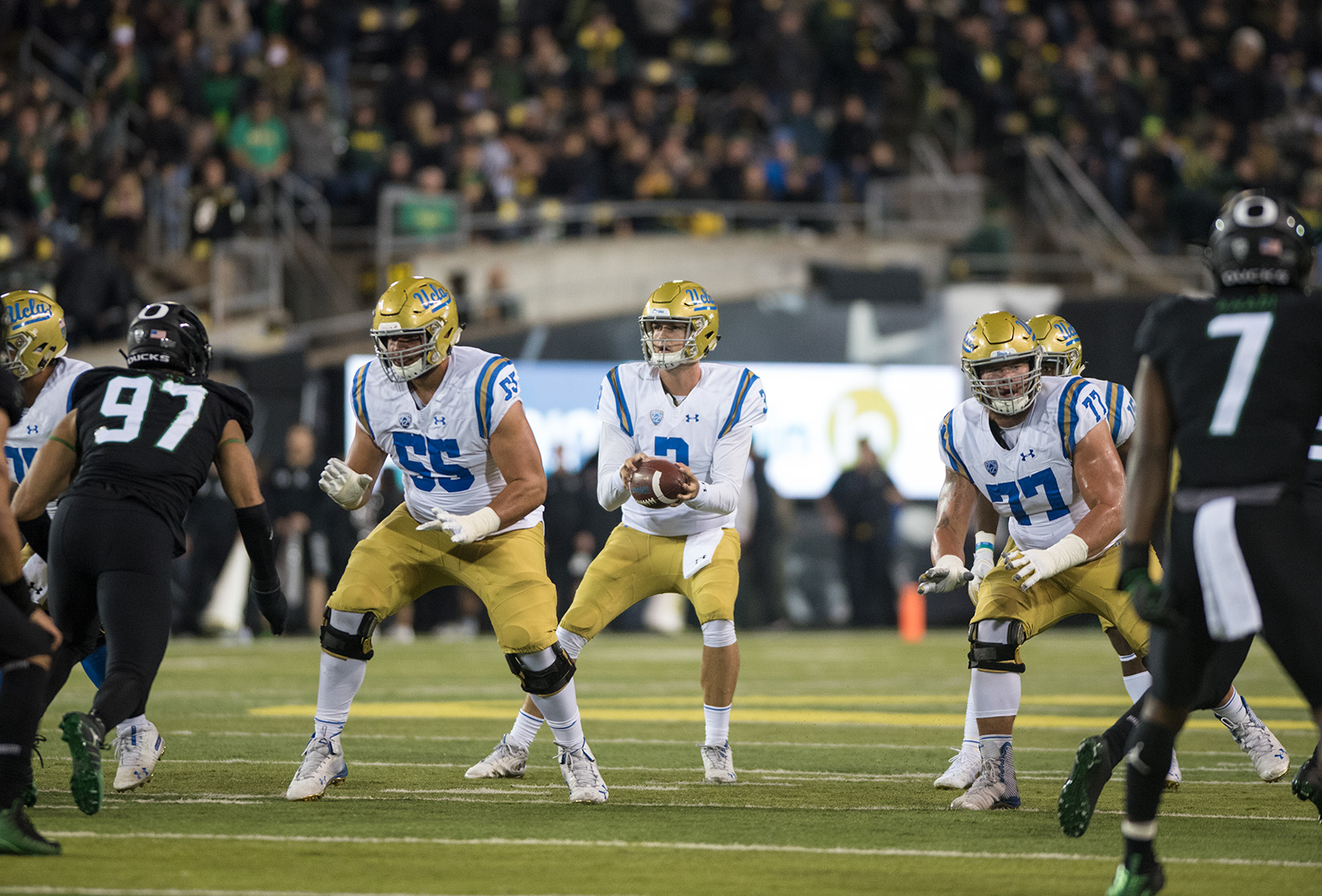 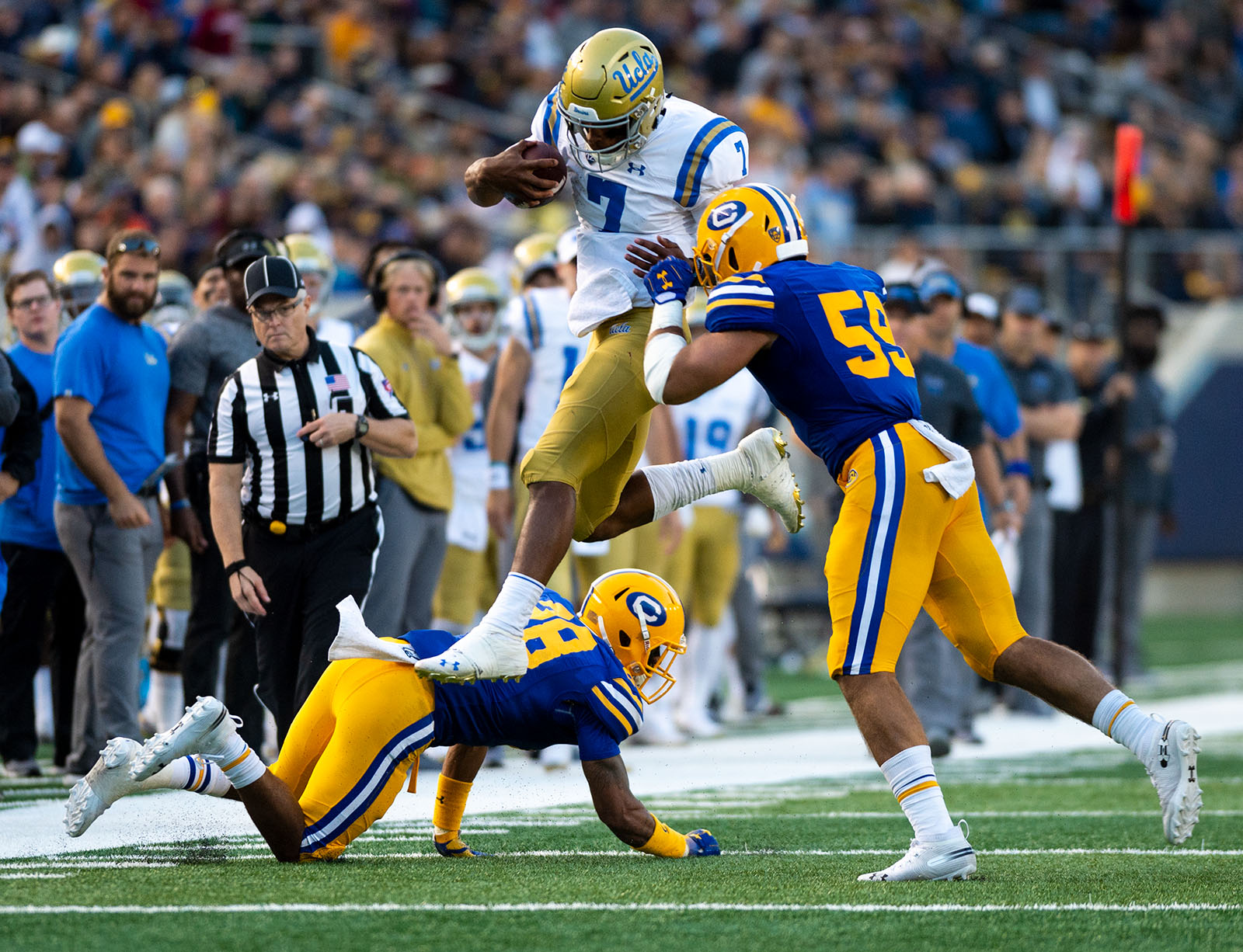