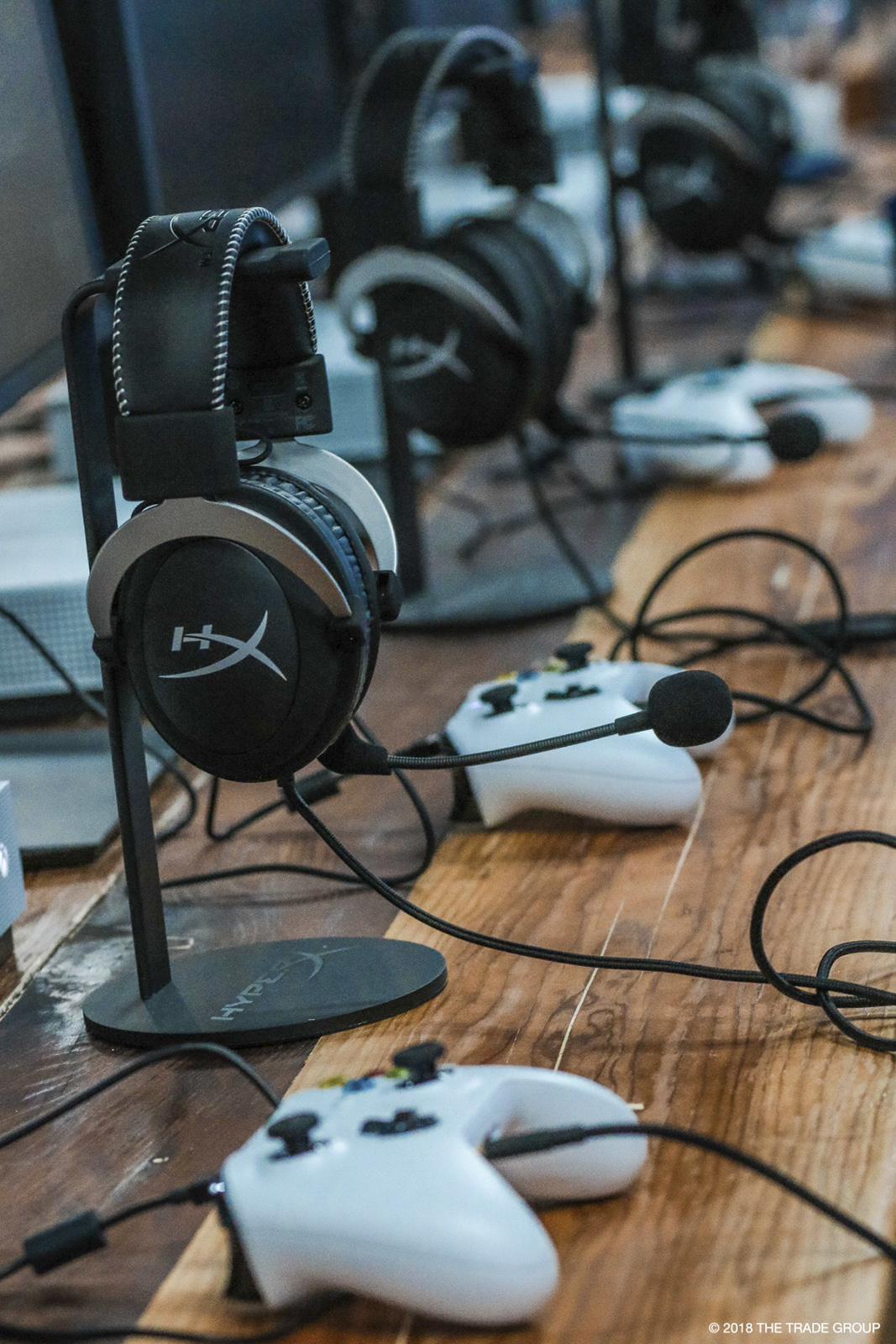 Esports is a growing community and business in addition to being a competitive sport. Twitch streamers, Twitch viewers and jobs in the Esports industry have each increased in recent years, and Bruin Gaming – UCLA’s recreational gaming club – fielded over 500 members in its first year. (Creative Commons photo by Trade Group via Flickr)

Esports is growing rapidly in participation, popularity and pay. With 60 collegiate varsity programs and an expected global revenue over $1 billion dollars at the professional level, Esports is quickly becoming one of the biggest competitive sports in the world. Assistant Sports editor Jason Maikis will be exploring the growth of Esports in a two-part series. Part Two: The gaming community at UCLA.

Ever since they’ve been around, parents have tried to get their children to put them down. But kids won’t.

Even when they reach college.

While Esports has garnered increased attention at the collegiate and professional level, the impact of Esports reaches beyond competitive gaming. Despite some issues faced by Esports as a whole and UCLA’s own community, the growth of Esports has been exponential.

Twitch – a worldwide live streaming app often for video games – has averaged 4 million streamers a month in 2019, up from just 300,000 in 2012. And in addition to UCLA Esports forming as a competitive club team at UCLA in 2018, Bruin Gaming – a recreational video game club – has amassed a membership of 527 in its first year.

Ashley Denktas, the director of Bruin Gaming and a former Daily Bruin reporter, said by creating a space where students have the opportunity to game, UCLA has fostered a community of kids that might not otherwise connect.

“Our club is centered around gaming, but we also have viewing parties and boba socials,” Denktas said. “Now there’s a place on campus where gamers can talk to each other about gaming, school or anything else.”

Denktas said spreading the word about the club’s existence proved to be more challenging than finding gamers that wanted to join a UCLA video game community.

“Most people have gaming experience coming into UCLA,” Denktas said. “The biggest issue we have is when we’re flyering on campus and so many students will see us and say, ‘Oh my god, we have that at UCLA?’”

From five-on-five League of Legends-type games, to solo personal shooter games –such as the recently popularized Fortnite – all the way to sports games like FIFA, there are a diverse array of niches within the gaming community.

Thus, Esports faces a divide other sports don’t. Esports has many different styles of games to be played, each distinctly different from the other, whereas other sports, such as football and baseball, don’t have separate types of gameplay within the sport.

“It’s fun crossing over to different gaming communities like Overwatch or Hearthstone,” Cook said. “We go to gaming events together whether at UCLA or somewhere else in town. It makes it a lot more fun than having separate groups for this game or that game.”

Another gap to bridge is that between the competitive players, such as Cook, and the rest of the gaming students at UCLA, Cook said.

UCLA Esports sophomore and League of Legends player Christian Loanzon said creating a community of support for UCLA’s competitive gaming will help build the program and its popularity in the long run.

“We (at UCLA Esports) always try to connect and reach out through Bruin Gaming,” he said. “Having familiar faces showing up at Bruin Gaming events create more good times and it encourages students to come watch our matches. It works too, we had a lot of fans in-person for League of Legends Pac-12 tournament at the (John) Wooden Center.”

Despite the possible divides within the Esports community, it has seen an overall growth of gamers primarily interested in spectating hundreds of different Esports. Twitch’s four million streamers every month are watched avidly, totaling over 560 billion minutes watched on the streaming service last year.

For some context, that is well over 1 million years of watching these live streams, a large number of which consist of video games.

For all the watching online, League of Legends assistant coach Albert Lee said there is also an incomparable passion when gaming fans show up to watch UCLA Esports or any live Esports event.

“It’s all about the atmosphere,” Lee said. “You get to show up and play or watch, especially with big events, and there’s nothing like it. So many kids played video games growing up, and now, like the kids who grew up watching football and baseball, they can also see their dreams lived out in the professional or college competitive arena.”

Denktas said Bruin Gaming has an obligation to help its students who are looking to break into the Esports industry because it is such a big part of what gamers are looking for.

“We hold events for kids to pursue their future in Esports,” Denktas said. “For the kids on the competitive team that might be playing, but there are so many other jobs and opportunities in the Esports industry.”

Denktas said UCLA has a unique advantage because of the large gaming industry presence in the LA area. Both UCLA Esports and Bruin Gaming have worked to connect their students to some of those companies.

“We connect with a lot of companies like Riot Games, which is based in West LA,” Denktas said. “They’ve been generous and given us stuff for raffles, there’s been panels to speak to students about the jobs. Esports teams also come to UCLA, like we had the Los Angeles Valiant and they were really into listening and networking as much as the students.”

Whether it be jobs, streaming to watch, streaming to play, or gamers connecting in person, Esports has become one of the biggest markets in the world. Take it from UCLA Overwatch player Stanley Cascone.

“People don’t understand how big it is,” Cascone said. “It’s becoming such a big part of so many people’s lives, it’s crazy to deny the impact it is going to have on our culture in the future. There are millions that are watching, millions playing and it’s still growing exponentially.” 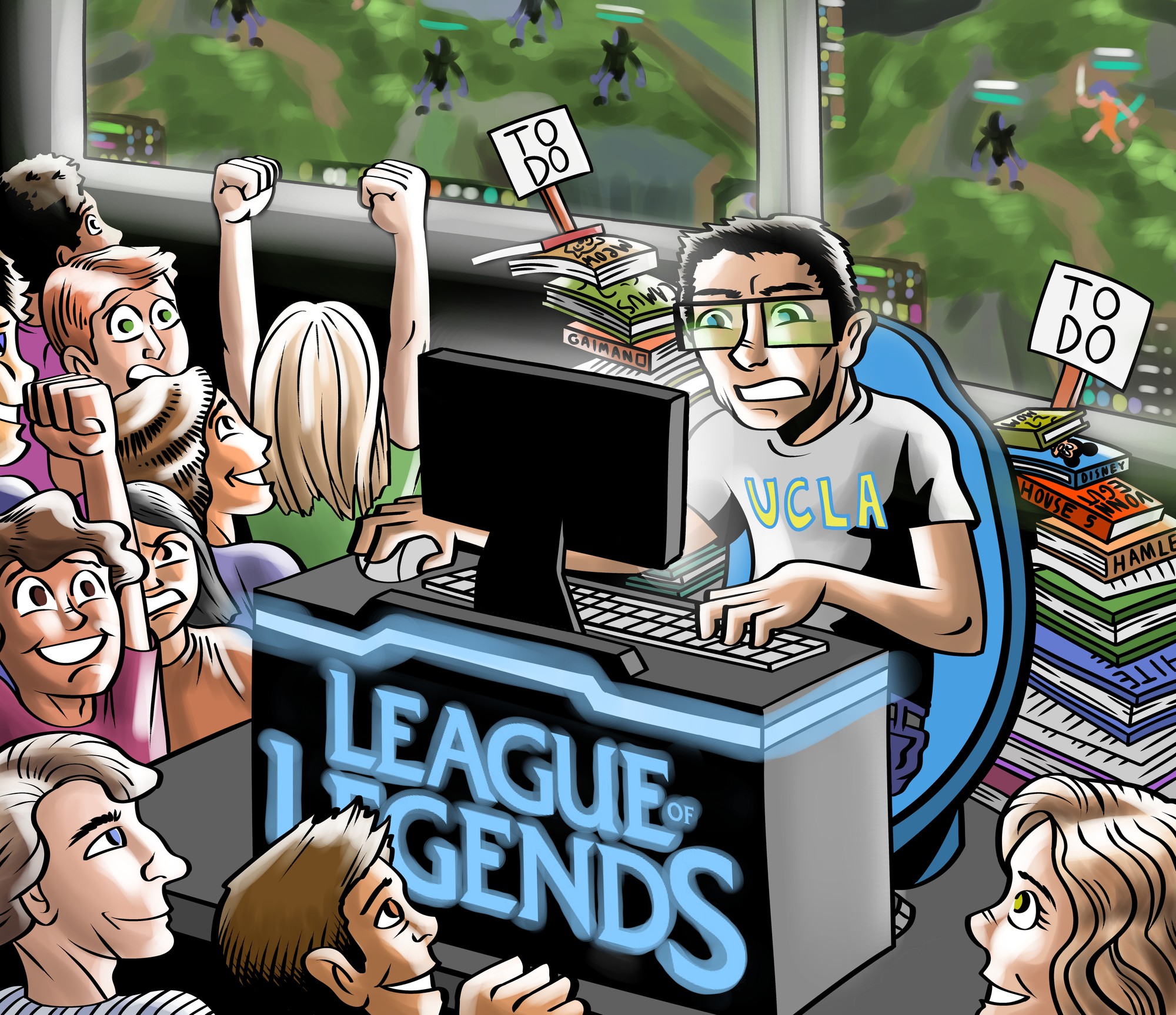 After pressing start on program, UCLA Esports begins to establish its presence