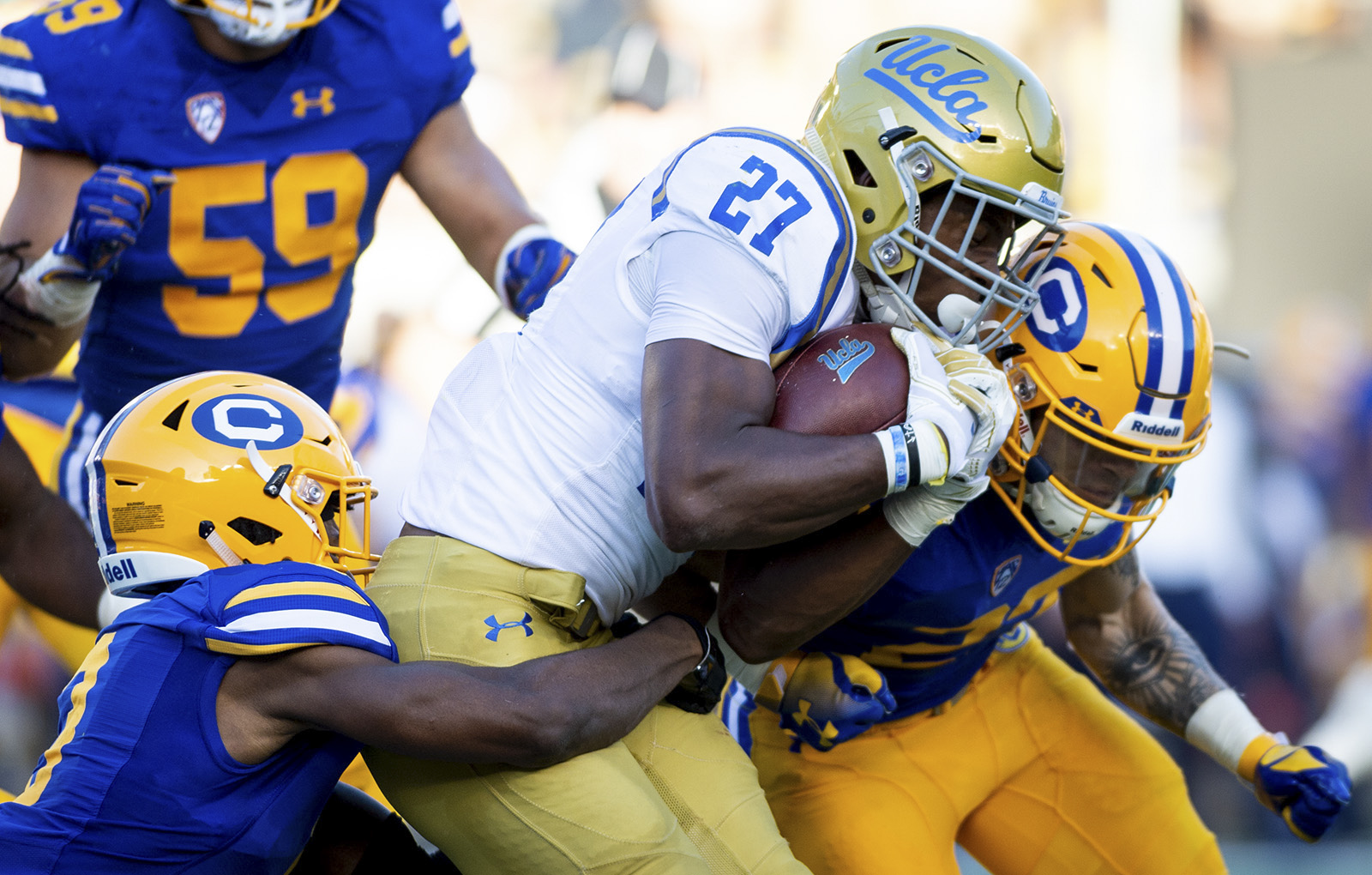 When I started thinking about my gameday prediction for this week, I was really leaning toward picking the Bruins.

Coach Chip Kelly and UCLA football had been running energetic, seemingly fun practices. Sophomore quarterback Dorian Thompson-Robinson isn’t a baby-faced freshman anymore and redshirt senior running back Joshua Kelley has a full season ahead of him – there’s a lot to feel good about ahead of the 2019 season.

There was just one issue though: I can’t look past the cold hard facts.

The Bruins were relatively close to beating the Bearcats in 2018, yes, but that doesn’t change the fact that Cincinnati hasn’t lost a season opener at home since 2001. Coach Luke Fickell carried his team to an 11-2 record and a Military Bowl victory in his second year with the program and he has a mainstay calling the shots in dual-threat quarterback Desmond Ridder.

In terms of talent, however, I’m not too sure the Bearcats have that drastic of an advantage over the Bruins. At quarterback – assuming Thompson-Robinson takes a solid second-year leap like I expect him to – it’s basically a wash. The same goes for the running backs, due to the fact that both Kelley and Michael Warren II amassed roughly 1,500 all-purpose yards in 2018.

Even Vegas isn’t too certain about this game – Cincinnati is only a three-point favorite, despite boasting home-field advantage.

But patterns and streaks are hard to pick against, so putting my blind optimism behind me, I’ll take the Bearcats in a close one.

The second year of Chip Kelly is upon us, and while I won’t tell you how you should feel heading into the new season, I will say that there is plenty of reason for optimism.

For starters, the Bruins are a healthy team. The loss of redshirt senior linebacker Tyree Thompson is definitely a hit that will take some time to adjust to, but having 21 of 22 regular starters healthy and ready to go is still impressive.

There is also no question that this is Thompson-Robinson’s team. The second-year quarterback was in and out of the lineup last season due to injuries and some freshman mistakes, but he is now the clear-cut No. 1 and has been getting nothing but rave reviews out of camp.

Cincinnati, on the other hand, is a good team coming off an 11-win season that ended with a Military Bowl victory over Virginia Tech.

However, for this first prediction of the season, I’m going to make it all about the numbers because numbers are fun and – most importantly – they never lie.

Since I was born in 1998, UCLA is 15-6 in season openers and it has never lost more than twice in any five-year span during that time.

But this is where it gets interesting.

The Bruins are 2-2 in their previous four season-openers, which means – if you’ve been paying attention – that the numbers will tell you a win is on the horizon. So forget that Cincinnati went 11-2 last year and beat UCLA at the Rose Bowl because, again, the numbers never lie.

Chip Kelly is back in Westwood for his second season with a chance to improve on the team’s lackluster 3-9 record from a year ago.

The good news for Bruins fans – Kelly’s first year in Oregon was also his worst. The Ducks’ 10 wins were their fewest during his tenure there and it was the only time they finished outside the top 10 with Kelly at the helm.

Cincinnati will enter the year coming off an 11-2 year, including an opening win over UCLA and a 35-31 win over Virginia Tech in the Military Bowl.

The Bearcats return the majority of their offensive core this year, including dual-threat Ridder and workhorse Warren II, who burned UCLA’s defense for 142 yards on the ground in last season’s opener.

But UCLA’s defense will put up some stiff opposition, with sophomore Atonio Mafi and redshirt junior Osa Odighizuwa clogging Cincy’s two-headed rushing threat up front. A key for the Bruin defense will be limiting big plays in the passing game against their inexperienced secondary.

On the offensive side of the ball, the Bruins’ attack will focus on Kelley and his returning 1,243 rushing yards. The only problem is that Cincinnati’s defense allowed 3.38 yards per attempt last season, good for 13th in the country.

However, Thompson-Robinson will be healthy and ready to attack his sophomore season. If his offensive linemen can keep him upright, expect some damage through the air involving senior Theo Howard and redshirt junior Devin Asiasi while the Bearcats are keyed in on Kelley.

The difference will be special teams.

Penalties and a few misses from senior kicker JJ Molson hurt the Bruins in a few close games last year. This year, a special teams touchdown and a good day from Molson will give UCLA the edge over Cincinnati.

I really want to give UCLA a chance.

But I’m not optimistic about the Bruins in their first game back. Cincinnati will prove to be a tough opponent for Kelly, as the Bearcats are a program on the rise after finishing last season 11-2 – their second-best record in school history.

The main draw to this game is that it’s a rematch of last year’s opener, a game I really thought the Bruins could win. However, the matchup is away from the Rose Bowl this time and features much of the same Cincinnati team that beat UCLA 26-17 to kick off 2018.

I’m not quite sure how the Bearcats hung onto Fickell after his success last season, and he’s rejoined by a number of high performers on offense and defense. Warren II rushed for 1,329 yards and 19 scores last season and will remain a threat against a Bruin defense that struggled last season and is still figuring all of its parts out.

Hopefully the game answers the question of how much Thompson-Robinson has grown over the course of spring and fall camps as he became more attuned to Kelly’s offense. The revenge narrative makes predicting a UCLA win appealing, as does the hope that Kelly starts his second year with a bang, but the Bruins are still very much a team in flux.

It will be close, but I just can’t predict a Bruin win against the burgeoning Bearcats.