Between Two Bruins: Daily Bruin Sports answers your questions about this football season 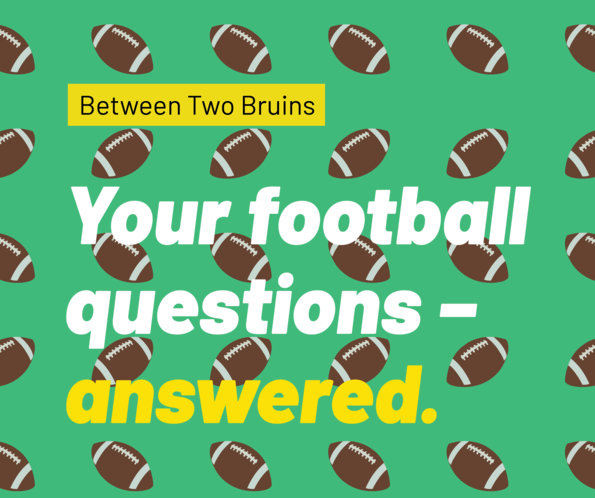 Welcome to the start of year two of the Daily Bruin Sports fan Q&A. We asked for your questions about the season opener against Cincinnati on each of our social media social platforms and, as promised, Sports editor Sam Connon is here to break them down.

On offense, all I know is the breakout player will be a wide receiver. Redshirt senior running back Joshua Kelley will eat up too many carries for sophomores Martell Irby and Kazmeir Allen to really break onto the scene. The offensive line – outside redshirt freshman Alec Anderson and freshman Sean Rhyan potentially seeing some time at right tackle – will remain mostly the same personnelwise and redshirt junior tight ends Devin Asiasi and Jordan Wilson are both too experienced to completely reinvent their games. And even though I expect a big leap from sophomore quarterback Dorian Thompson-Robinson, I wouldn’t exactly call him a “surprise player.”

That leaves the receiving corps and – with senior Theo Howard already cemented as the go-to guy – I think the name to keep an eye on is sophomore Chase Cota. The Oregon native was one of coach Chip Kelly’s first recruits at UCLA and his four-star grade proved he has potential. Despite not seeing a lot of playing time early in 2018, he was still the Bruins’ No. 3 receiver in both receptions and receiving yards with 13 and 168, respectively. With tight end Caleb Wilson and wideout Christian Pabico gone, there will be more targets to go around and Cota is bound to see his numbers shoot through the roof.

On defense, most of the starters are returning. There will be positions filled by committee and freshmen getting a handful of snaps every game, but the name that stands out to me is redshirt freshman Patrick Jolly Jr. Call me a sucker for still clinging onto Jolly’s multideflection spring game performance as hope for a breakout in real action in the fall, but I can’t help it. He doesn’t have great size, but his football IQ and ball instincts make him a prime candidate to break out as UCLA’s next top slot corner.

Lucky for the Bruins, most of the conference’s heaviest hitters are in the Pac-12 North. Oregon and Washington are borderline top-10 teams in the country and UCLA isn’t going to play either of them – at least in the regular season. Stanford and Washington State are on UCLA’s schedule and both are flirting with being top-25 teams, but they, too, are in the North division.

With even the slightest improvements on the horizon, the Bruins will launch themselves right into the wide-open Pac-12 South race. Utah is a top-25 team, but Arizona State and USC are in UCLA’s boat, trying to play spoiler and sneak into the Pac-12 championship game in December. Should the Utes disappoint, or if the Bruins upset them in Salt Lake City on Nov. 16, UCLA could have a chance to make it into the conference title game at 8-4.

The conference’s reputation has been tainted following a combined 4-12 record in bowls over the past two years, but with multiple nationally relevant teams and several coaches going into their second seasons, I can really see the Pac-12 getting back on track in the fall.

UCLA fell three wins short of .500 last season, which seems like a miracle after the historically frustrating 0-5 start. I think it’s accepted across the board that the Bruins will take a step forward in the fall – the question then becomes how big that step is.

UCLA was a drive or two away from beating Cincinnati in the season-opener last season and an onside kick recovery away from taking down then-No. 10 Washington. There were also close finishes against Stanford and Arizona State down the stretch as well.

From my point of view, the Bruins will take moderate or minor steps forward in all three phases of the game, but those small fixes still could have flipped those four losses into wins. Even with that conservative outlook, UCLA would then be a 7-5 team – its best regular-season record since 2015 and, yes, enough to secure the Bruins a winning season and bowl berth.

One major distinction between high-major college football and the NFL is what teams want out of their schedules. In the NFL, all wins are created equal – wins and losses move you up and down the standings no matter who you play. But in college, a win against Oklahoma and a win against San Diego State do vastly different things for a team’s postseason outlook.

Honestly, I don’t think UCLA’s schedule is that difficult in 2019, at least compared to the 2018 slate. Oklahoma is a title contender, but at least that game is at the Rose Bowl this time. San Diego State is at home too, and while last year’s Fresno State game shows that playing a Group of Five team at home doesn’t confirm a win, it should be a fine opener in Pasadena.

Even looking towards Pac-12 play, the conference schedule rotation system saved UCLA from Oregon and Washington. Playing Washington State, Stanford, Utah and USC on the road is kind of a grind, but there are pros and cons to every team’s schedule every year.

Don’t worry about the schedule being too difficult though. The harder it is, the better the wins look and the more excusable the losses are, at least in terms of bowl selection committees.

For those of you who are unaware, UCLA used to bring a live bear to every home game, back when the Bruins still played in the Los Angeles Memorial Coliseum. That tradition died off in favor of full-time costumed mascots in the mid-60s, and I’m afraid the live bears will never make a return. From animal rights to public safety and field conditions, the reasons why are numerous and understandable.

There’s only one reason I can think of that would justify bringing live bears back – it would be pretty darn awesome.

And is there any reason more noble than that?

A full-season Den Pass is $169 and gets you tickets to all six home football games and 18 home men’s basketball games. Single-game ticket prices vary and – wait, it isn’t my job to tell you this. I mean, The Den does have a website, you know. Use the internet, people!!! 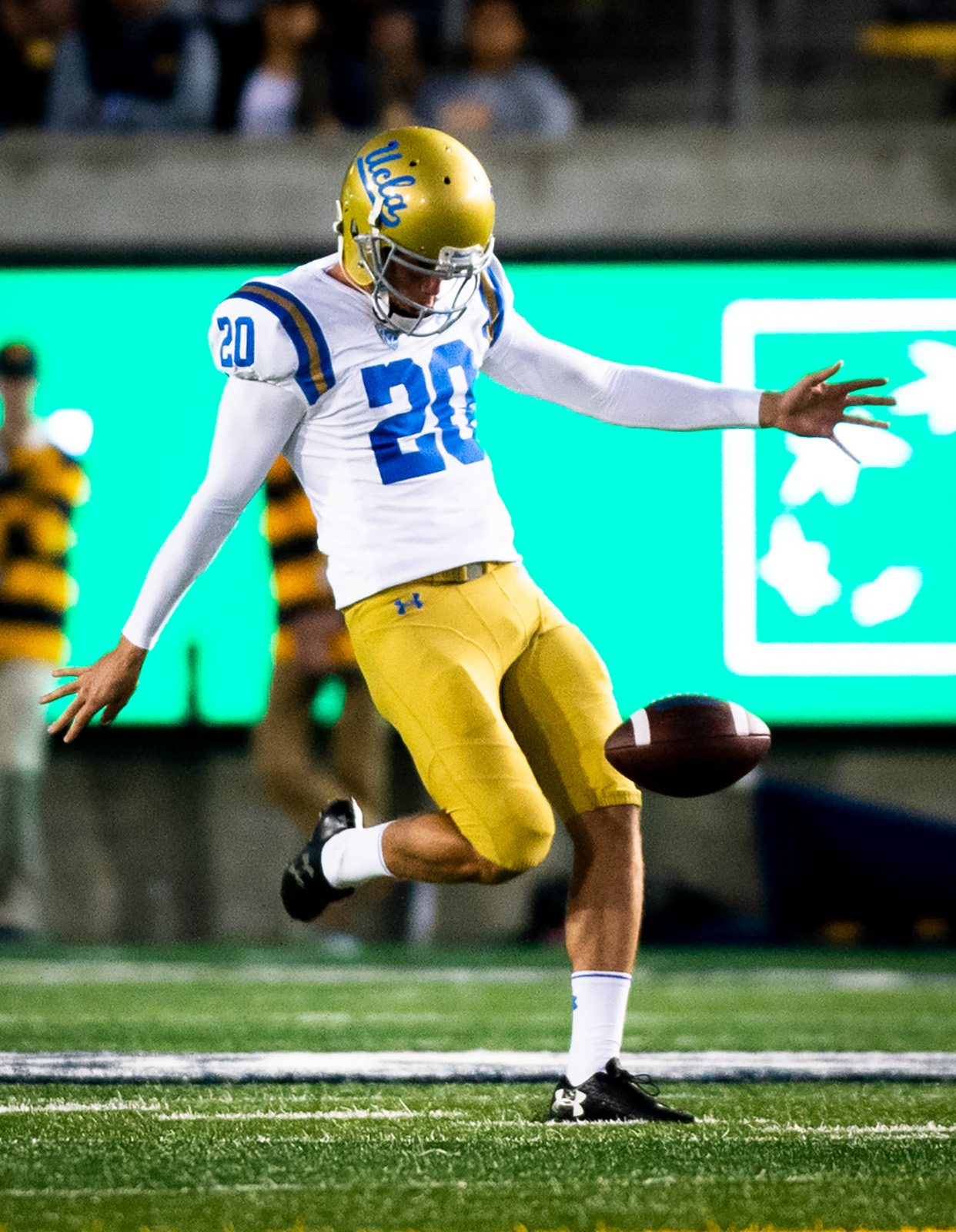