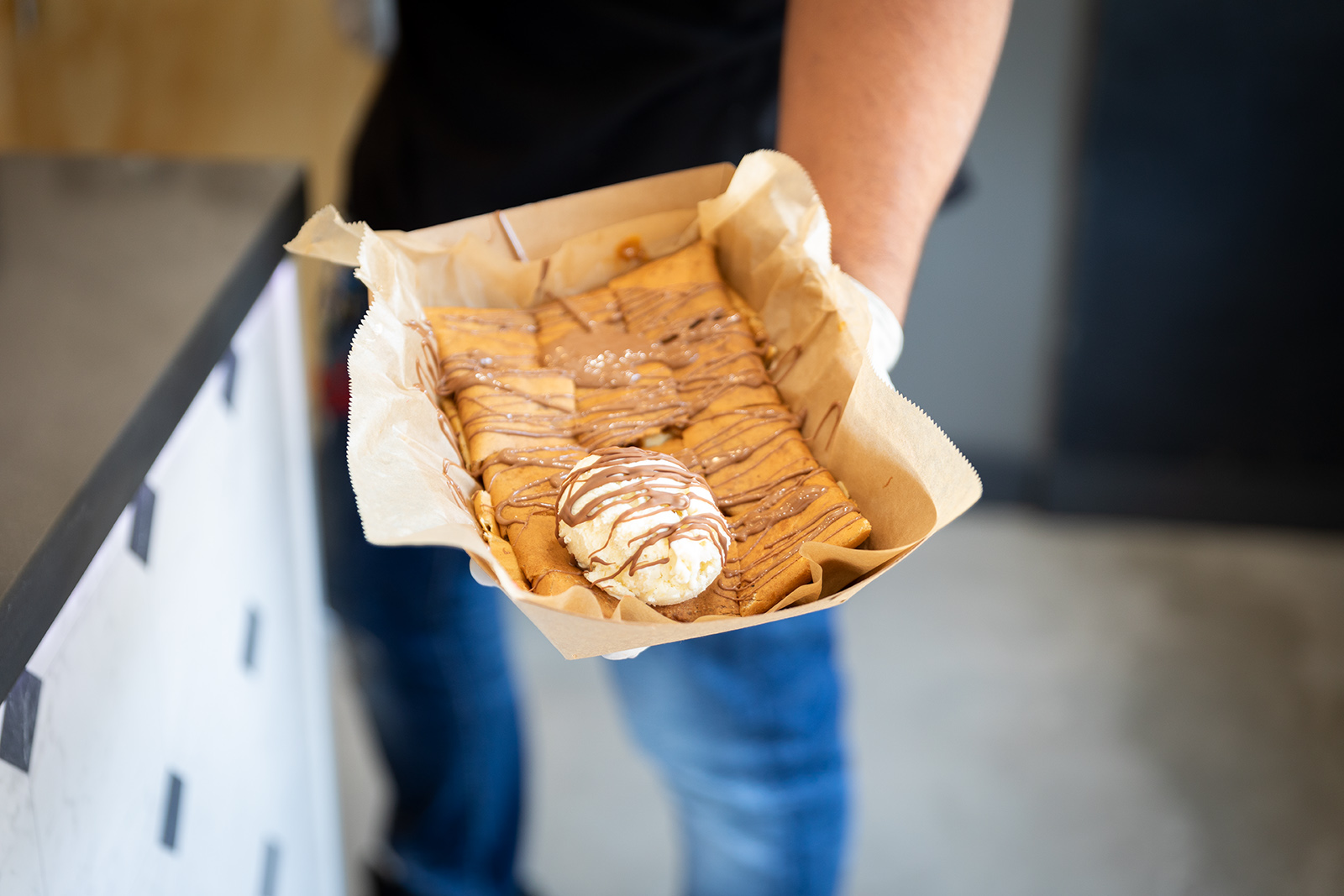 A new dessert shop in Westwood is serving waffles, crepes and ice cream.

Dipnmix opened on Gayley Avenue, just south of In-N-Out Burger, on Aug. 1. The restaurant is influenced by Belgian, French and Lebanese style crepes, said Elie Choueiry, the founder and owner of dipnmix.

Choueiry said he wanted to open a dessert shop because of his fond memories of the waffle kiosks near the universities he attended in France and Lebanon.

Paul Daccache, the manager of dipnmix, said they decided to open a shop in Westwood to cater to UCLA students. He said he wanted dipnmix to be a part of UCLA students’ college experience, and create a stronger brand as a result.

In addition, dipnmix makes the dough in house instead of buying it elsewhere, Choueiry said.

“We make the dough here, so everything is fresh,” he said.

In addition to making waffles and crepes, dipnmix also plans to serve other sweets such as the Lebanese fruit cocktail, which is a fruit medley topped with curdled cream. Dipnmix will offer breakfast items in the morning once it finishes creating the menu.

Tia Tomescu, a third-year neuroscience student, said she thinks dipnmix would be a good addition to Westwood.

“Students usually go further to Sawtelle or Santa Monica for desserts,” she said. “It is more convenient to have more dessert options close to us in Westwood.”

Westwood is dipnmix’s first location, but Daccache has plans to expand to new locations in Culver City in the future.