Hong Kong is now a city of protests and tear gas, a city indomitable in its ideals 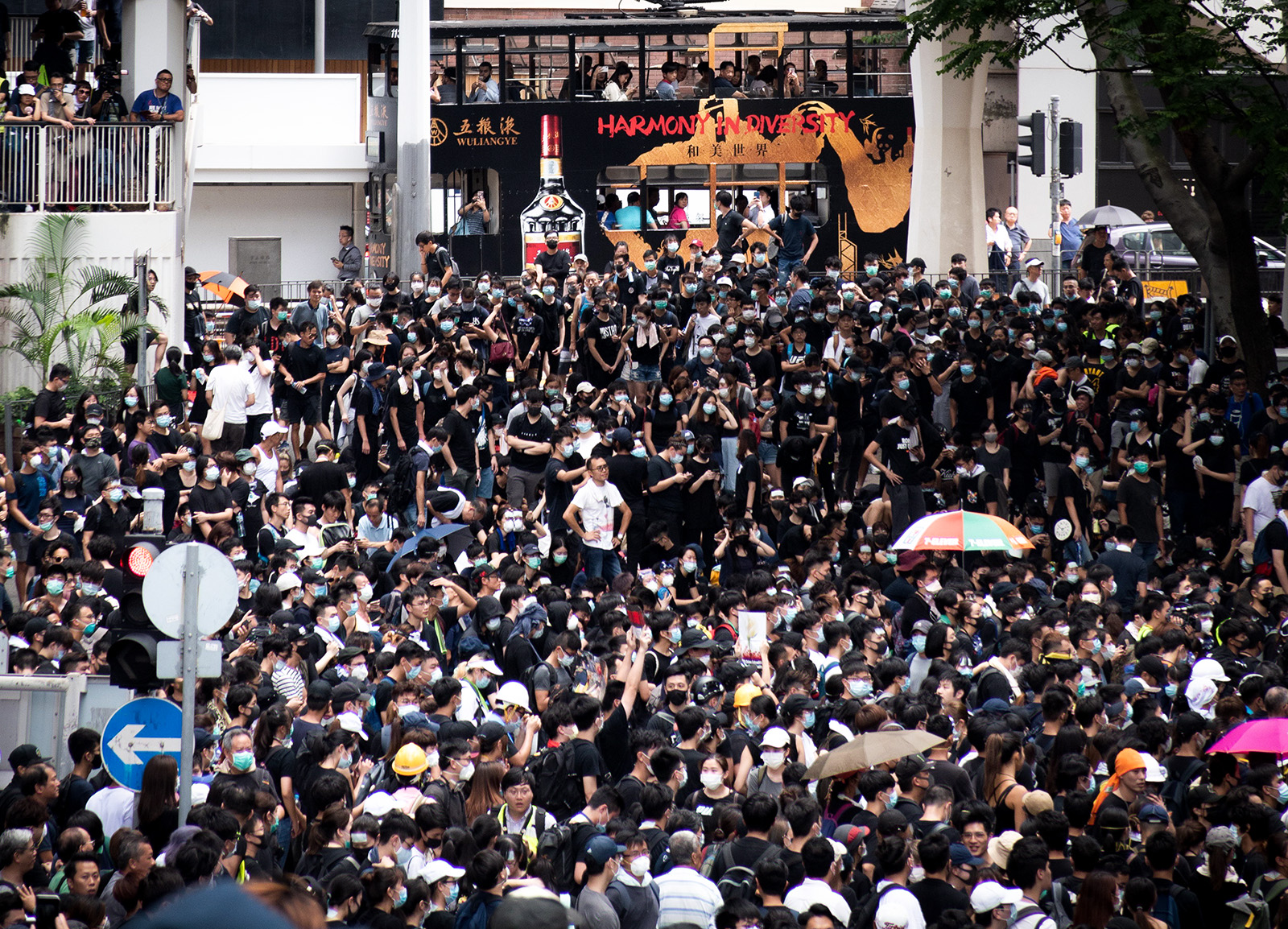 Hong Kong has been experiencing mass protests for the last 10 weeks over a controversial extradition bill that would allow criminal suspects to be extradited to mainland China. Hong Kong Chief Executive Carrie Lam indefinitely suspended the bill July 9, but has refused to fully withdraw the bill. (Lauren Man/Daily Bruin)

I was on a two-week trip to visit family in Taiwan when I decided to make an impromptu visit to Hong Kong during its eighth week of political unrest.

Since June, Hong Kong has been rocked by 10 straight weeks of mass protests over a controversial bill that would allow criminal suspects to be extradited to mainland China. Hong Kong Chief Executive Carrie Lam indefinitely suspended the bill in June, but has refused to fully withdraw the bill.

Protests have since intensified and grown from primarily standing up against the bill to expressing discontentment with the Hong Kong and Chinese governments and the Hong Kong police.

While I was in Taiwan, I saw that the Hong Kong protests had gained widespread attention among the general public and ignited debates about the precarious state of the island’s own sovereignty and relationship with mainland China.

Having vigilantly followed the protests since they erupted in June, I knew I couldn’t miss the chance to witness what could be remembered as one of the biggest pro-democracy movements in one of the most important cities in Asia.

So I booked a last-minute round way trip from Taipei to Hong Kong, despite being chastised by family members who said I was stupid for travelling alone to the area during a time of unprecedented political unrest.

Maybe it wasn’t exactly the smartest or the safest decision. After all, a handful of countries, including the United States, had already issued travel warnings cautioning people about the unrest and violence. But I was invested in the situation in Hong Kong, and I wanted to gain a firsthand understanding of the political crisis unfolding in the area.

That, to me, was well worth the risk.

Finding the protests didn’t require any effort at all. After I landed in Hong Kong International Airport on July 26, I was immediately immersed in the chants of more than a thousand people occupying the arrivals hall to protest the bill as well as gang and police violence in previous protests.

As I walked through the hall, I was greeted by a row of protesters holding signs with words such as “Welcome to Hong Kong, a city run by police and gangsters,” warning travelers to stay safe and not trust the police in Hong Kong.

The second protest I encountered similarly found its way to me.

Protesters scheduled a police-authorized rally – all mass rallies and protests require prior authorization – for July 28 to express discontentment about police use of force in previous protests. Just the night before, police and protesters had violently clashed at an unauthorized rally in the district of Yuen Long protesting gang violence that had occurred at the same location a week prior.

During the July 28 protest, thousands of people later defied police orders to remain in the authorized area and broke off from the main rally to march to various other locations, one of which was Sai Ying Pun, a neighborhood in Hong Kong’s main business and urban district where the Chinese government’s liaison office, as well as my hotel, were located.

I left my hotel at around 5 p.m. Just as I walked down the block and turned the corner to go to the metro station, I heard thunderous chants coming in the other direction and immediately turned around to see more than a thousand black-clad protesters with umbrellas occupying the road.

I walked up and down the sidewalk to gauge the size of the protest, which seemed to go on for miles, before venturing onto the road and into the middle of the protest.

The day was still bright and the protest still peaceful, but everywhere I saw grim signs foreshadowing the chaos and violence that would ensue once night fell in a few hours.

Several protesters, reporters and emergency medics had already donned gas masks, goggles and/or yellow construction hard hats, which have become emblematic of the Hong Kong protests. Most others who didn’t wear extensive gear still wore surgical masks covering their noses and mouths, and several people had already begun dampening their masks with water to protect against smoke.

Protesters ran back and forth transporting disassembled metal railings, which they then tied together to set up barricades in preparation for the arrival of riot police. Despite the size of the protest, I was astonished to see how coordinated and fluid everybody’s movements were.

Whenever one group began assembling the barricades, several others would shout the code phrase “It’s raining, open your umbrellas,” and a crowd of people would surround the group with open umbrellas to shield them from surveillance cameras.

Several passersby and tourists, including myself, stopped to take photos of the scene, before being reprimanded by some older folks watching from the sidelines. This was an illegal branch of the protest, and many protesters did not want their identities to be revealed.

That was when I realized how big of an issue surveillance had come to play in the most recent protests. As much as gas masks and goggles served to protect protesters from physical harm, they also played an equally important role in protecting their anonymity. Umbrellas served as a symbol of the movement and as good makeshift weapons for self-defense, but they also shielded protesters from police surveillance.

Just as the sky began to darken and the atmosphere began to feel more agitated, I saw a row of riot police standing on an overpass looking down on the road we were on. I took that as my cue to leave and turned back around the corner to head back to my hotel.

Minutes after, I heard the sound of shots going off in the distance, and turned around to see a cloud of tear gas dispersing about 300 feet away, and streams of tear gas trailing more canisters that the police fired onto the road.

Never thought I would experience what tear gas in the air felt like until tonight, when HK police fired tear gas bombs into a crowd of thousands of protesters just down the street from my hotel. pic.twitter.com/HWnJnSdoMY

Panic filled me as the protest quickly took a more uneasy turn, and I suddenly became hyperaware of the fact that I was alone without any protective gear. Protesters began shouting to leave the area, and the crowd began moving in the same direction as me.

I would have started running had several people not shouted reminders not to do so in order to prevent widespread panic. Despite the circumstances, the crowd of protesters seemed surprisingly unfazed and acted remarkably calm and collected, focusing just as much on getting civilians out of harm’s way as they were on protecting themselves.

Stores began pulling down shutters all at once as protesters shouted and gestured at store owners to close for the day and at residents looking down from their homes to shut their windows and remain indoors.

I foolishly stopped to record the scene around me for a few minutes before my eyes began stinging and watering uncontrollably from the tear gas rapidly spreading my way, and I quickened my pace once more.

The street my hotel was on, which had been bustling just an hour ago, was now completely shut down. I hurried into the outdoor lobby of my hotel and continued watching from inside, safely behind hotel security and a thin rope that separated me from the chaotic scene unfolding just a few feet away.

Most of the crowd had dispersed, and all that was left was a smaller group of protesters determined to face the police, and several passersby running down the street to flee the scene with their hands covering their noses and mouths.

Everything fell quiet as the street cleared out. A group of riot police had stationed themselves on one end of the street, protesters on the other, staring each other down in a standoff that lasted until the police began marching down the street right in front of us.

Just as they marched out of sight and the street appeared to quieten again, hotel security hurriedly ordered everyone to head indoors as more tear gas began to spread in our direction, and I went back to my room.

Since that weekend, Hong Kong has entered its tenth straight week of protests with no end in sight. Tensions between protesters and police have run even higher, with more violent clashes breaking out and tear gas now being rolled out before sundown in major commercial areas, tourist hot spots and numerous districts all over Hong Kong almost every day.

When I first landed in Hong Kong, protesters at the airport handed me flyers apologizing for inconveniencing my travels and expressing regret that my introduction to their city had to be one of chaos and fear.

My greatest impression of Hong Kong was not one of violence and discord, however. Rather, what stuck with me was the indomitable persistence of people willing to risk it all to fight for their values and futures. Whether or not you agree with the protesters’ objectives, their determination is really quite something to behold. 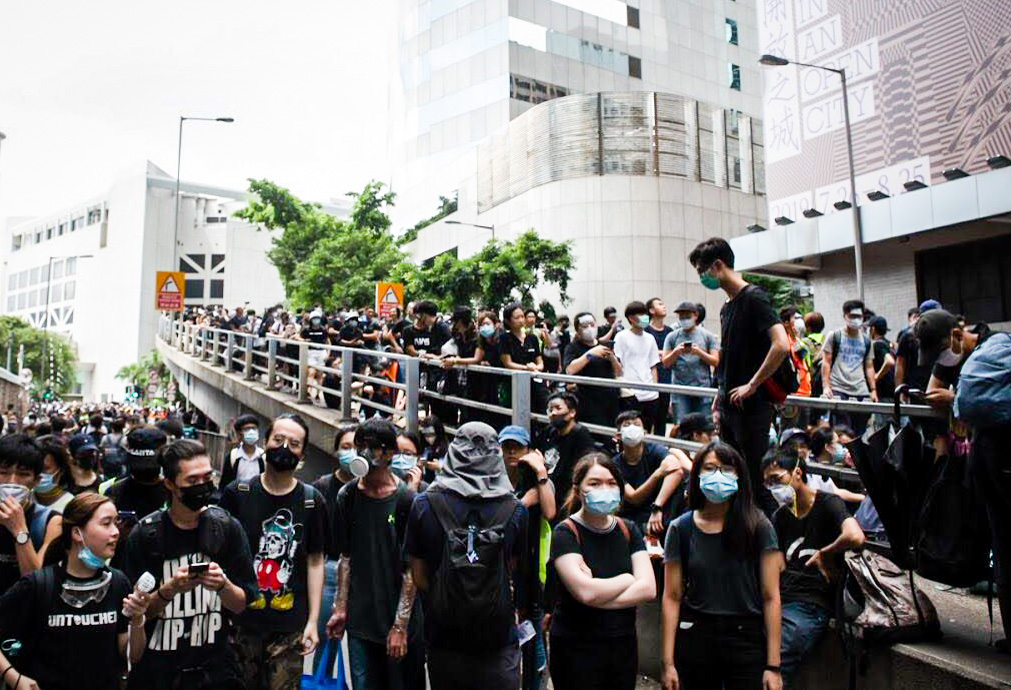 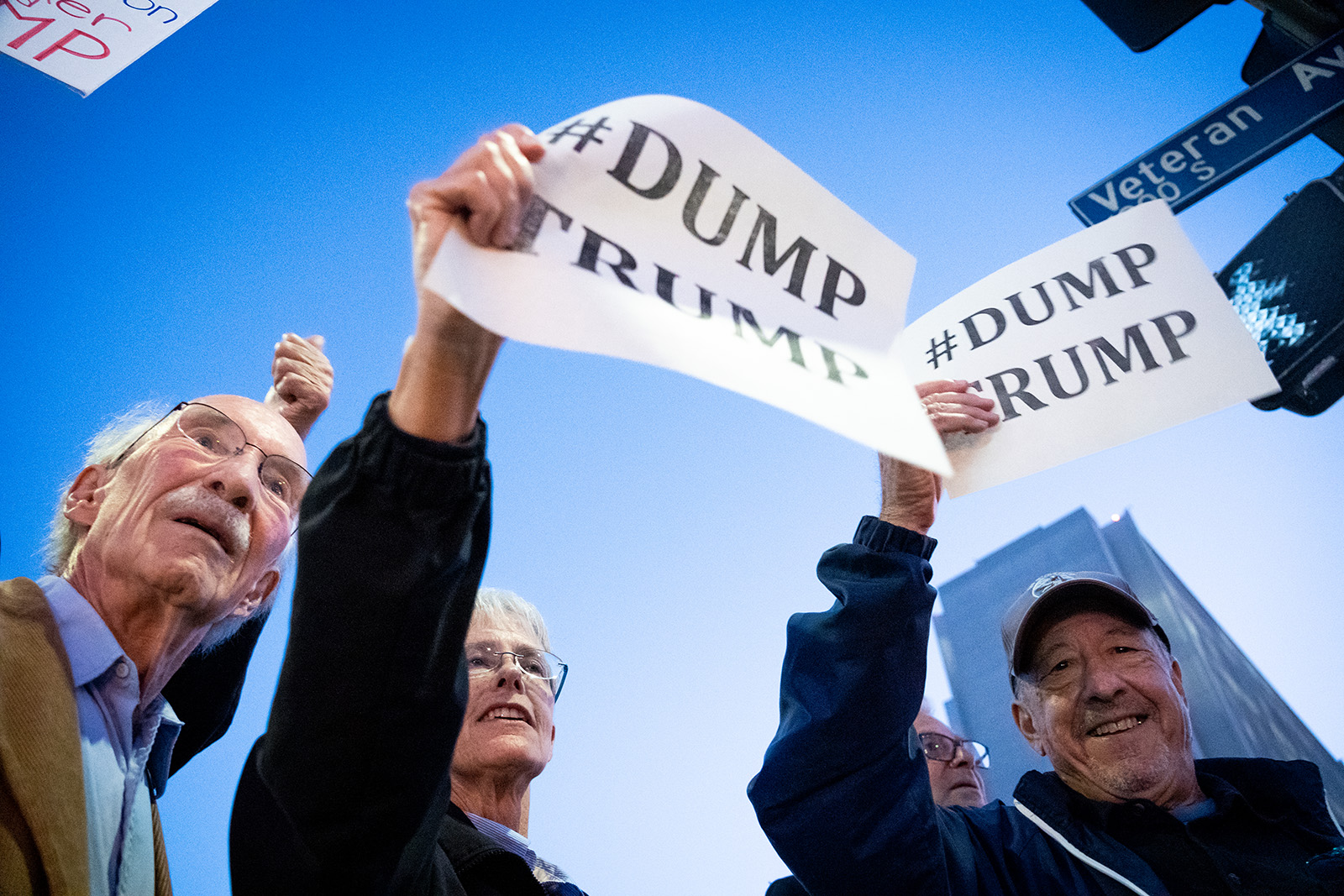 Protests held in Westwood, across the country after Sessions’ resignation