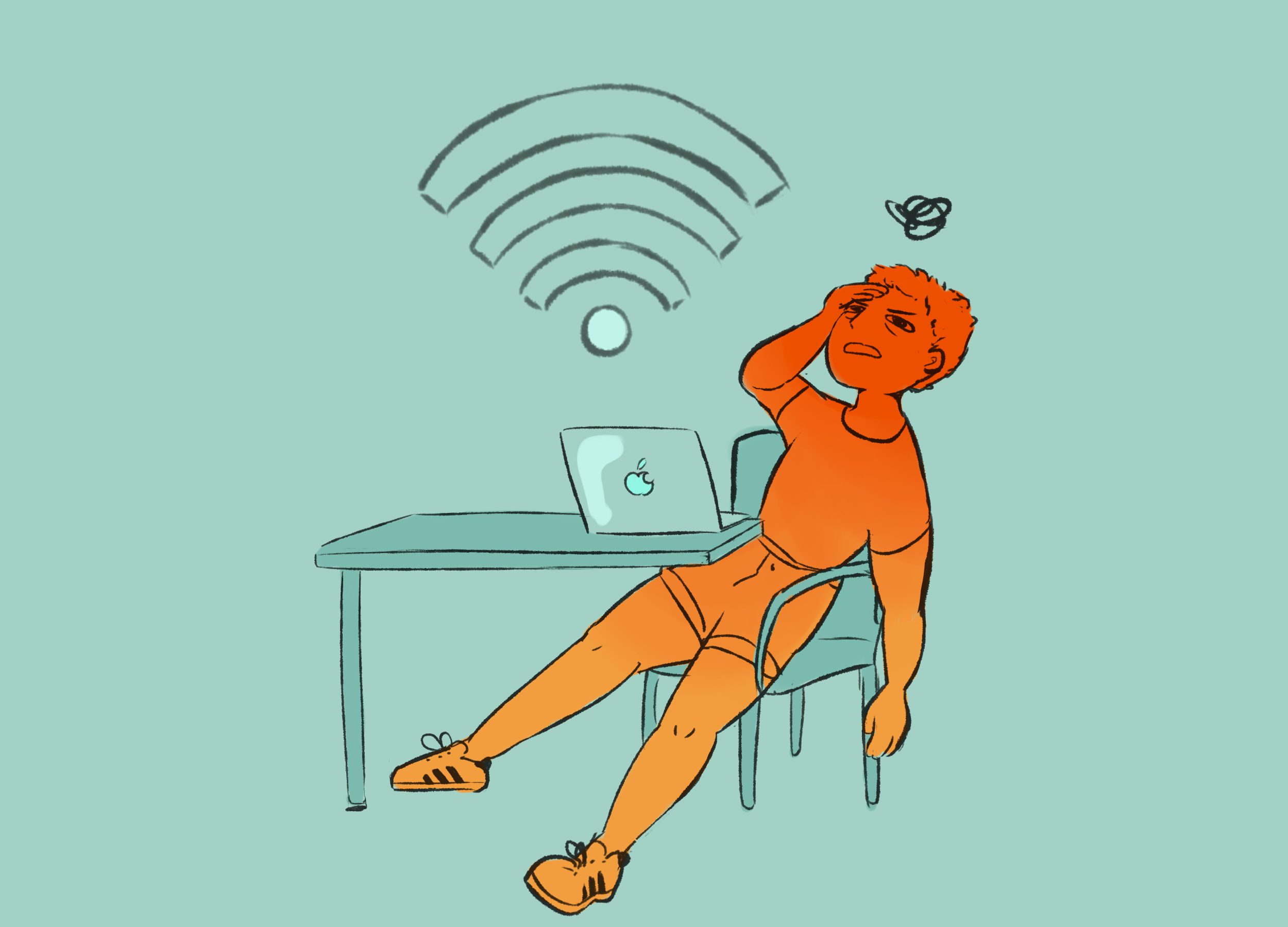 UCLA: the birthplace of the internet.

Too bad the university never got past the 1970s connection speed.

Students on the Hill have become numb to dial-up era connection, spotty Wi-Fi and switching between UCLA’s two main Wi-Fi networks in the hopes one might actually work.

In 2010, Wi-Fi wasn’t even fully available in all the dorms such as Sunset Village and Hedrick Hall. In 2016, the Undergraduate Students Association Council launched the Your Wi-Fi Sucks campaign for students to provide feedback on Wi-Fi signal strength around campus. Earlier this year, students continued to criticize weak signals and voice frustrations with the unreliable services on the Hill.

But these aren’t petty complaints. The digital era has made it mandatory that students stay connected at all times for classwork, projects and social media – among countless other interests. If students are paying more than $15,000 to live on the Hill, the least that UCLA Housing can do is provide them access to unproblematic, stress-free Wi-Fi services.

Clearly, students are calling out for help – but the signal has been dropped for years.

Plans are set in place to change the current 4 GB routers to 10 GB routers over the summer this year, which would increase overall bandwidth for residential buildings, according to Valerie Vahling, the Director of Information Technology for UCLA Housing and Hospitality Services.

But the university has proven to be well-versed at spewing false promises.

Cindy Acuna, a third-year applied mathematics student, said that living in Rieber Vista was one of her worst Wi-Fi experiences – affecting her ability to do her schoolwork from her own room.

“My phone says I am connected, but nothing loads,” Acuna said. “I can’t log onto my Google account, and when I do, it buffers for a long time – once, I was worried I wouldn’t meet a deadline because it was last minute and CCLE wouldn’t load.”

Unfortunately, this is a common sentiment among students. With such inconsistencies in internet service over the years, it’s no surprise that UCLA has received its fair share of backlash for failing to address these problems.

Although Acuna and her roommate reached out to their resident assistant and filed a complaint form last quarter, they have not received a response from Rieber Vista regarding potential solutions.

And it seems increasingly unlikely that they ever will.

Dormitories ignore the plights of Hill residents, making Wi-Fi complaint forms nothing more than a formality. Not giving students Wi-Fi is bad, but giving them false hope is even worse.

This puts students at an academic disadvantage, especially compared to those living off campus or with access to their own routers. Students on the Hill are unable to study and perform at the same level as students who live off campus and have access to faster Wi-Fi.

“It’s only obvious students are going to do their homework on the Hill,” Acuna said. “(Wi-Fi) should come from the tuition we pay and the housing costs we pay – it’s UCLA’s responsibility.”

And it’s not just that students don’t have consistent access to Wi-Fi – Housing also leaves them in the dark when it comes to the renovation process. Though there are major issues with connectivity on the Hill, most students don’t understand how, or when, action is being taken.

Leaving students out of this discussion does a disservice both to those using the Wi-Fi and those trying – and failing – to provide it.

Vahling added that the number of Wi-Fi-enabled devices has increased dramatically in the past few years.

“Students who previously brought one computer now may have five or 10 wireless and wired devices each,” Vahling said. “More devices sharing the same Wi-Fi signals divides the capacity and make the internet response slow or choppy.”

It is true that students are normally using more than one device at a time, but it’s unjustified for Housing to put the blame on the students. The emergence of the digital era means multiple devices should be accommodated for – not pointed to as part of the problem.

This is not to say that UCLA has made no attempts to improve Wi-Fi on the Hill. Some buildings, such as Hedrick Hall, Delta Terrace and Dykstra Hall had their hardware updated in 2016 and 2017, increasing the number of access points in the buildings. Others, such as Rieber Vista, have not been updated yet, but will be once future routers are in place.

This is a step in the right direction, but it’s also not enough. Despite these updates, Wi-Fi on the Hill continues to be an everyday complaint for students. And instead of listening, UCLA continues to blame Bruins for needing to use more devices in a technologically progressive world.

Not only does UCLA need to update its Wi-Fi – its response to students could use a little work as well.

UCLA may have been technologically savvy in the ’70s, but now it’s time for them to catch up to the 21st century. 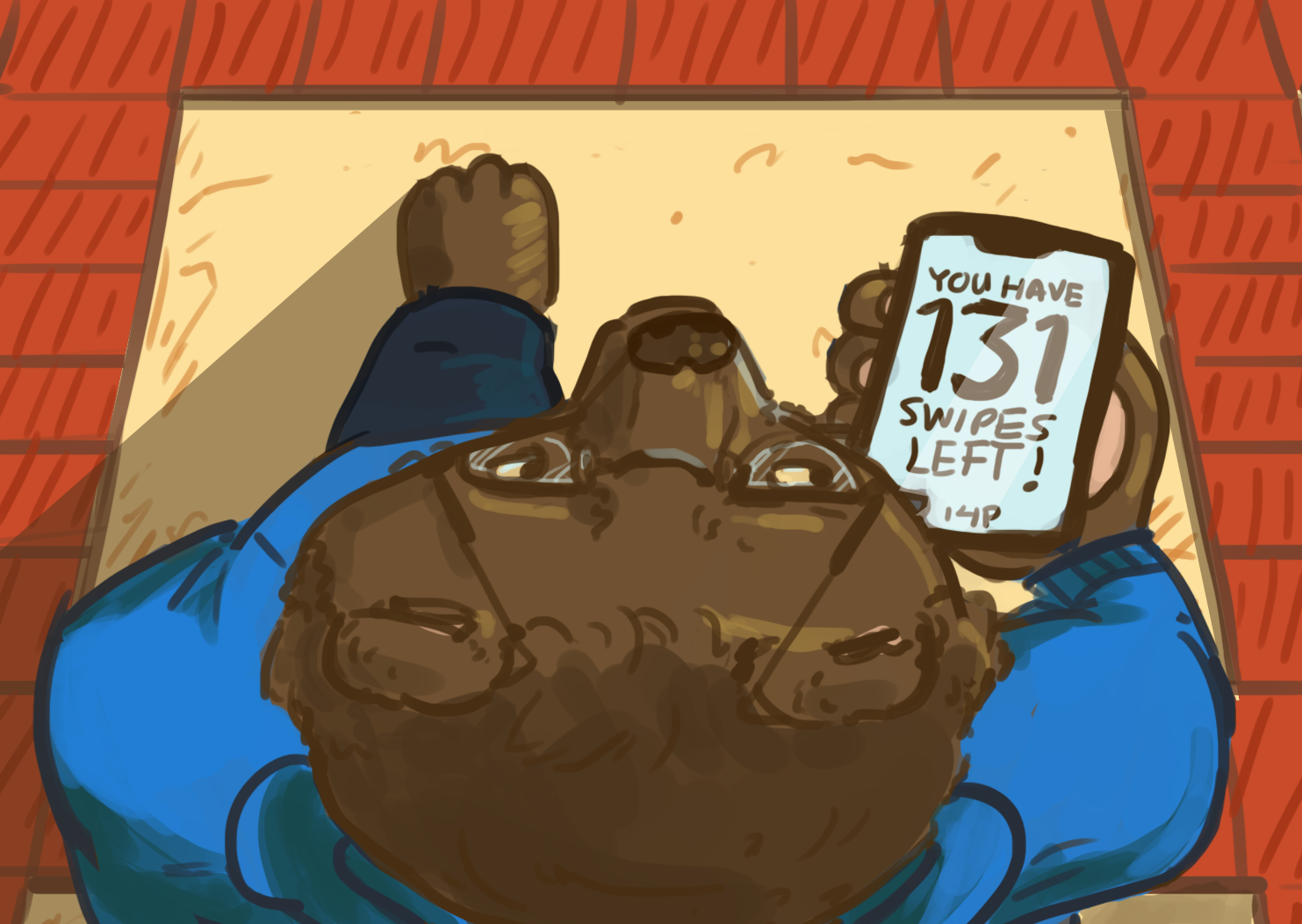