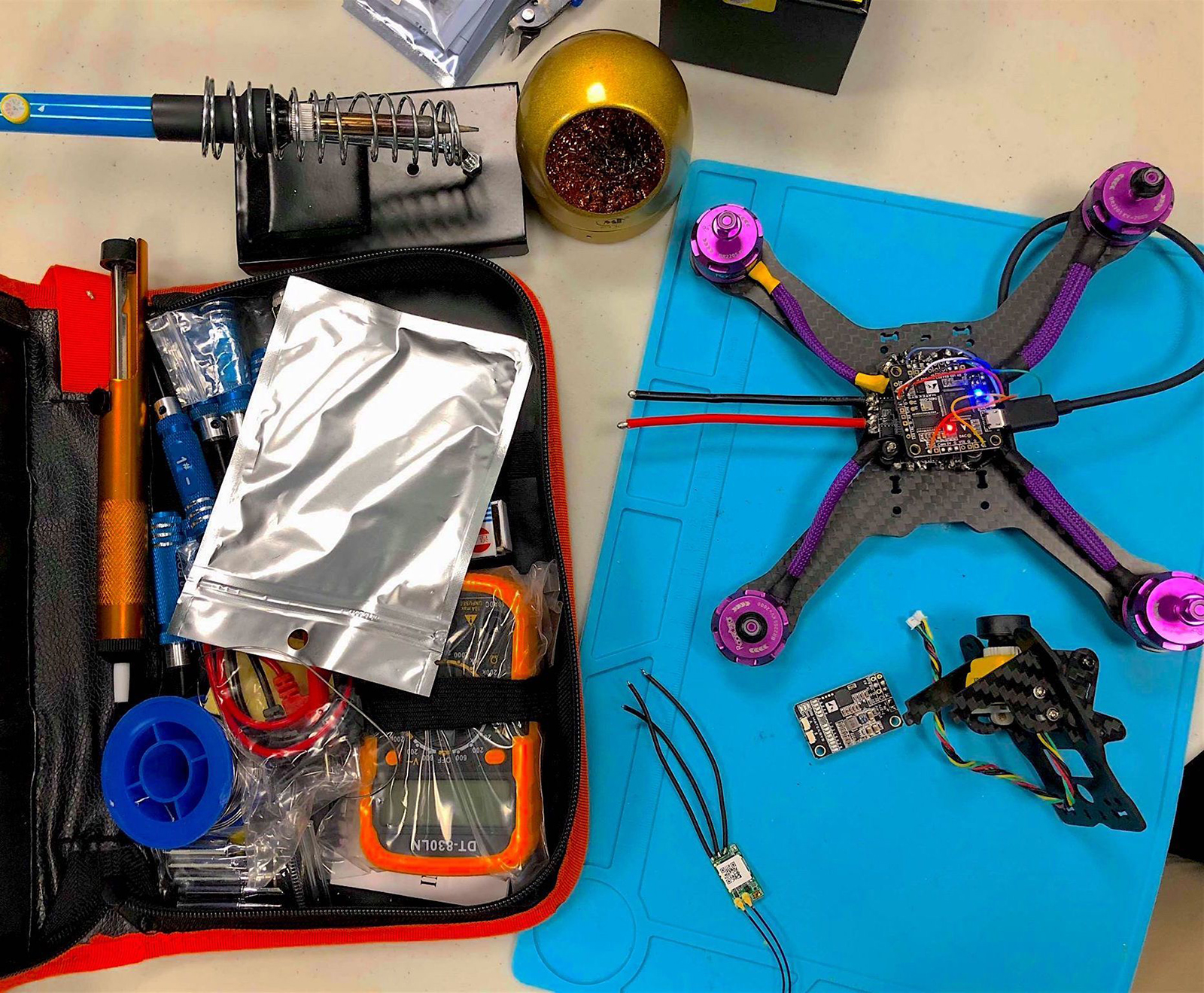 Formula Drone at UCLA will race its drone against eight other teams in the fall for the chance to win over $1 million. The competition, sponsored by government contractor Lockheed Martin, aims to push forward technology combing unmanned aircraft and artificial intelligence. (Courtesy of Formula Drone at UCLA)

A student group will be competing in a drone race this fall for a chance to win over $1 million.

Formula Drone at UCLA is a club that partakes in “anything and everything” to do with drones, said Gerald Ko, the president of Formula Drone and a rising third-year computer engineering student.

Drones are unmanned flying machines, typically controlled remotely by a person on the ground. Students in Formula Drone build and fly drones and explore their different applications.

Formula Drone was one of nine teams selected from over 420 applicants worldwide to compete in the AlphaPilot challenge, which is an artificial intelligence drone race hosted by The Drone Racing League and sponsored by Lockheed Martin.

The race asks its participants to develop drones that can navigate a race course using only AI. The team that’s drone finishes first will win $1 million, according to Lockheed Martin’s website.

Furthermore, the participants will also be competing against a human-piloted drone. The first team that beats it will win an additional $250,000, according to the website.

The challenge represents a departure from traditional drone racing, said Jeffrey Yu, a graduate student in the engineering school and captain of the Formula Drone AlphaPilot team.

Drone racing typically involves a human pilot controlling the drone remotely, Yu said. For the AlphaPilot challenge, however, each of the nine competing teams will have to code a machine-learning algorithm into their drone so that it can navigate on its own.

Ablaikhan Akhazhanov, a Formula Drone member and graduate student specializing in AI, said he was excited when he heard about the AlphaPilot challenge because it incorporates both AI and drones.

“The idea of building something (so) complicated but at the same time so entertaining and so exciting kind of amazed me, so I decided to try my skills, test my skills, test my knowledge, and probably try to build the next big thing in AI and in drones,” Akhazhanov said.

The Formula Drone team went through three qualification stages before it was selected as one of the nine finalists for the AlphaPilot challenge. The pool of applicants ranged from professional technology labs to university student groups, Akhazhanov said.

“We were just as surprised as anyone else to qualify out of the hundreds of teams that participated (because) you have some really beefy engineering schools in there,” Ko said.

Formula Drone’s competitors in the AlphaPilot challenge include teams affiliated with Korea Advanced Institute of Science and Technology, the University of Zurich and the Georgia Institute of Technology.

Most of these other finalist teams come from professional research labs led by professors who are considered leaders in the technology industry, Akhazhanov said.

In contrast, Formula Drone is a relatively new organization, having only been founded in fall 2017, with a majority of its members being undergraduate students, Ko said.

Although Akhazhanov said he would consider Formula Drone the underdog in the competition, he said he isn’t intimidated.

“There were many more professional labs who were participating in the qualifier, but they didn’t get in, right?” he said. “We already beat a few. Why not beat a few more?”

Because the integration of AI and drones is a relatively new phenomenon, DRL and Lockheed Martin said on the AlphaPilot website they hope the competition will be the first step in exploring the possibilities of what this combination can do.

“AI can solve very hard problems, like searching, right? And drones can do things like going somewhere where humans cannot reach, like space. So, I guess when you combine these two amazing technologies, something big is going to (happen),” Akhazhanov said.

Yu said he thinks many fields could benefit from the application of AI-based drones, including videography, search-and-rescue operations, disaster relief, self-driving cars and more, and is excited to see what happens next.