Student organizations reconstruct systems of support for women in engineering 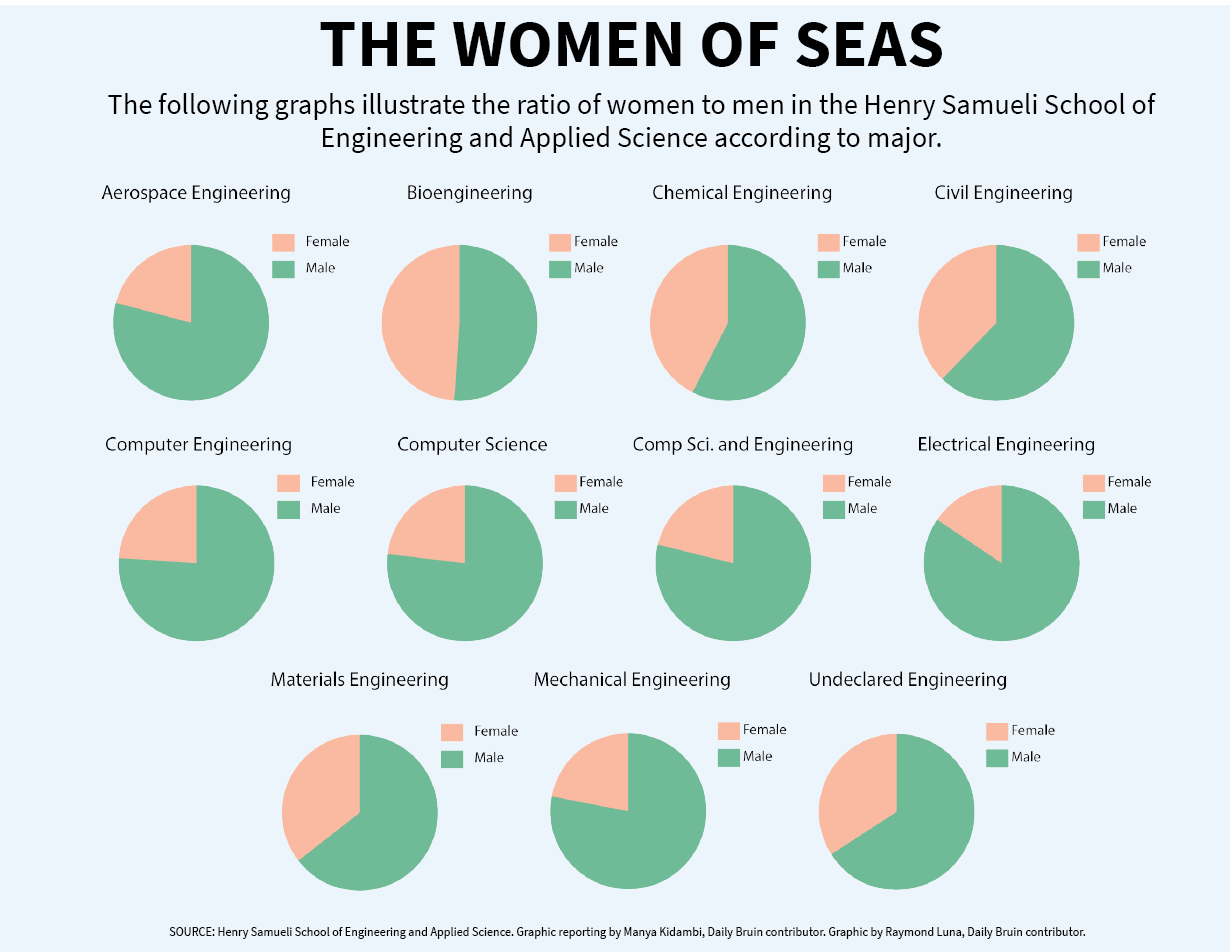 Some professors and student groups at UCLA said they think the university has made progress in increasing the number of women in engineering, but more work still needs to be done.

A $5 million endowment was awarded to the Henry Samueli School of Engineering and Applied Science to provide funding for Women in Engineering at UCLA, according to a university press release in April. The gift was made by Stacey Nicholas, who completed her bachelor’s and master’s degrees at UCLA.

The endowment will allow for the expansion of the program to pre-college students, graduate students and alumnae.

The program was started in May 2017 to increase the number of women in engineering majors at UCLA, said Audrey Pool O’Neal, the director of [email protected] and a lecturer in mechanical and aerospace engineering.

“Our mission is to enable the full participation, success and advancement of women in engineering and computer science,” O’Neal said. “However, [email protected] is open to all school of engineering students who support this mission.”

“I was the first woman to get a Ph.D. out of my department,” Murthy said. “It’s been like that all along, and so I’ve been keenly aware of how difficult it can be. … It’s been a passion of mine.”

“That’s the largest percentage of women in a freshman class that we’ve had in the school of engineering ever, and so we’re very pleased by those numbers,” O’Neal said.

UCLA was listed as one of the best online colleges supporting women in STEM with a score of 78.18 out of 100 according to a list created by the Guide to Online Schools. The list features schools which have high percentages of female students in STEM fields, degrees in STEM offered and extensive online support for female students in STEM. Other schools on the list include Columbia University, Stanford University and the University of Southern California.

The leadership academy focuses on professional development and empowerment of women, while the aerospace academy was created to introduce opportunities and careers available in the aerospace industry, she added.

O’Neal said she plans to use the endowment to implement more academies for cybersecurity, environmental health and safety, equality and reliability, and engineering in fashion.

“We know that these cohort-based academies really give women a sense of community and a sense of support and belonging, … but we’re also also adding future academies, and that’s where this gift will help us to do those kinds of things,” O’Neal said.

There are also other organizations on campus which work to encourage more women in engineering. The Society of Women Engineers focuses on outreach, advocacy and mentorship while combating the lack of diversity in STEM fields.

Ikaasa Suri, incoming president of SWE and a third-year computational and systems biology student, said she has felt the contrast in learning styles between men and women in her engineering classes.

“Oftentimes, guys (were) asking questions either related to the subject or a tangential question and it was a little bit intimidating to see how people were digesting the material so quickly, … whereas I just didn’t feel comfortable doing that,” Suri said.

Suri said she thinks the endowment is an incredible step in the right direction because it not only encourages women to join STEM, but to stay in STEM. However, she said she thinks work still needs to be done to actively decrease the gender gap.

“While at UCLA it might not be something that’s incredibly noticeable, it’s definitely noticeable outside the bubble of UCLA, and that’s what I feel like these professional development and advocacy programs are trying to prepare students for,” Suri said. 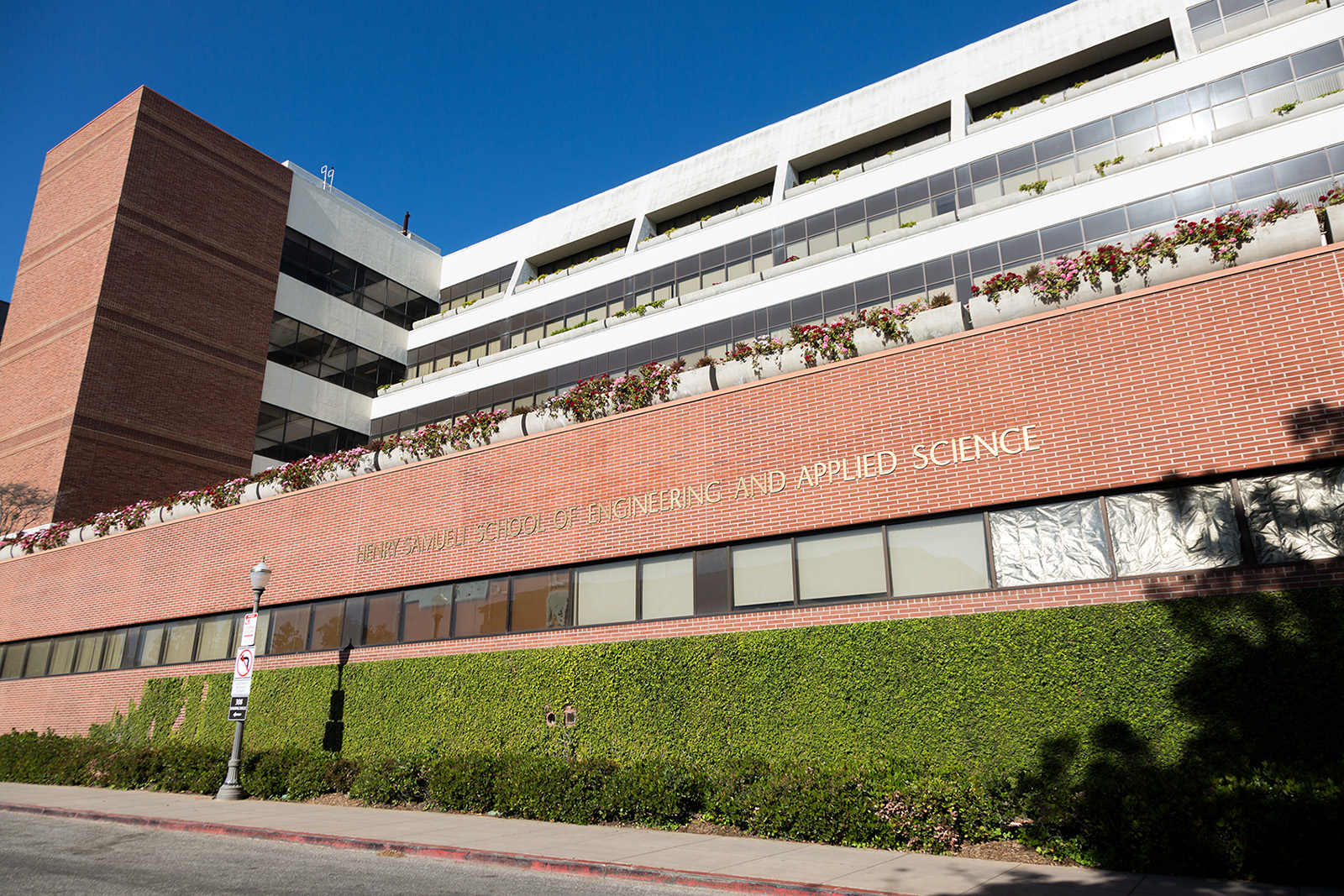