The Quad: Seniors innovate worn out phrase to illustrate and reclaim post-grad life 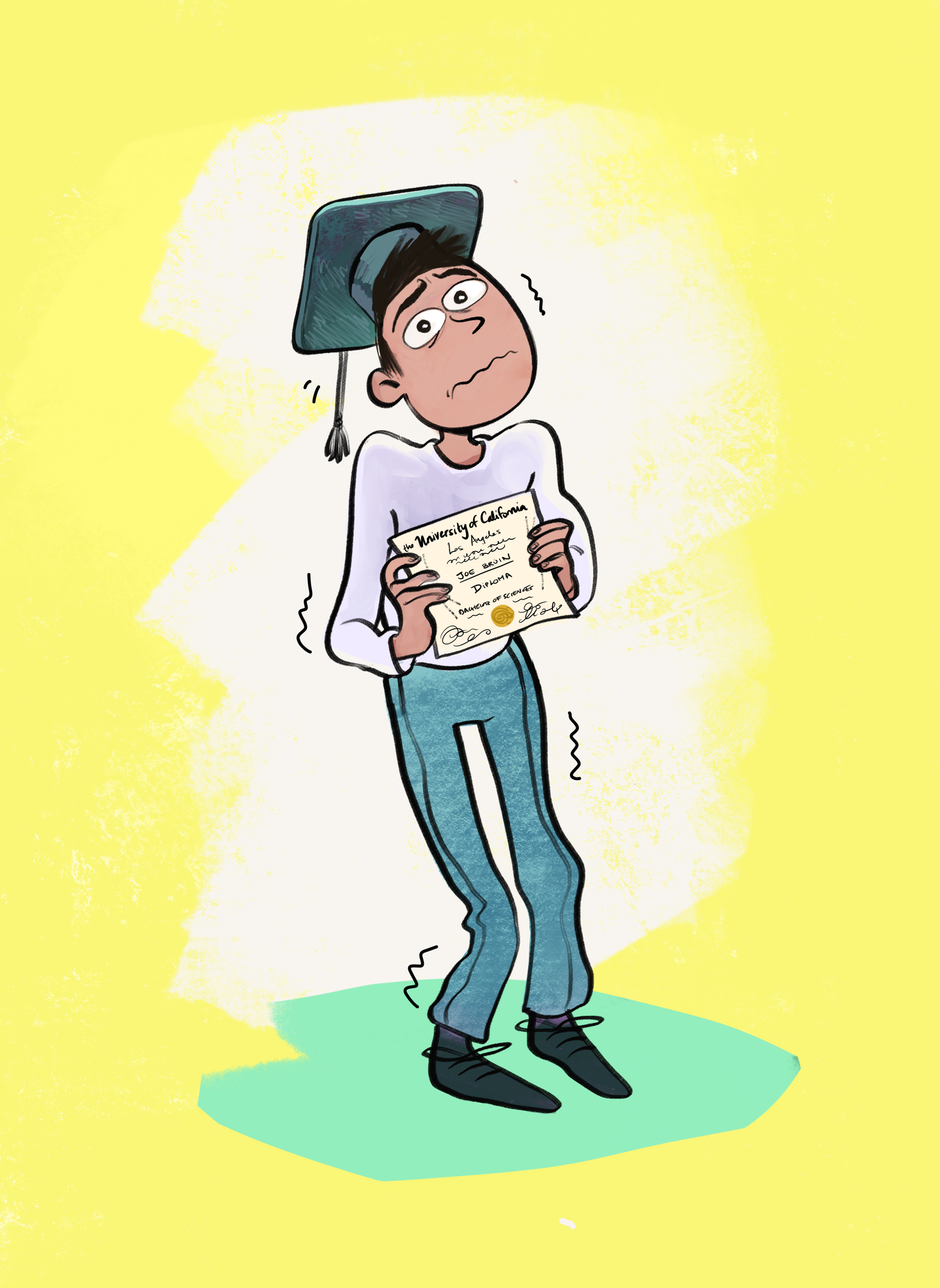 Class of 2019, prepare to enter the real world.

The phrase “real world” has joined the ranks of “We did it” and “As we enter the next chapter of our lives … ” as an integral part of the clichéd graduation rhetoric. But, despite its popularity, the phrase’s meaning remains remarkably vague.

One would think graduating seniors would have a grasp on what is meant by the concept of the “real world,” given the amount of times they have inevitably heard it from relatives, teachers, mentors or even the occasional interposing stranger.

For Katie Kim, a graduating fourth-year communication student, one main component of the “real world” is the lack of a clear path for individuals to follow – a situation that, up until now, has been absent from the lives of many students.

“(There’s) no longer really structure, because I feel like from now up until high school, middle school and elementary school, you have kind of this plan of what you need to be doing. Then once you graduate, it’s kind of like, you could wake up tomorrow and decide to move to another country,” Kim said.

Marie Vazquez, a graduating fourth-year Chicana/o studies student, echoes Kim’s idea of the liberty of the real world, but slightly differently. Though Vazquez emphasizes financial independence as a requirement in the real world, she also points to the crafting of a career around one’s passion as a freedom that can be enjoyed in the real world.

Vazquez and Kim both draw attention to the beauty in the liberty of the real world. However, there are other aspects to this liberty that can be intimidating.

For Paul Sedaros, a graduating physiological sciences student, the “real world” includes being responsible for one’s own actions and finances and being a contributing member of society. Additionally, he believes that there are forms of support in school that will not be present in the real world.

“In a chemistry class, you have someone that’s teaching you the material and kind of preparing you for an exam that you’re going to take, but once you really enter the real world, sometimes you’re going to have to learn things on your own at certain points in time,” Sedaros said.

Sedaros also emphasized that this concept of the “real world” varies from person to person.

Though the students’ respective interpretations of the “real world” varied, most of them agreed that there was an element of greater financial responsibility implied in the term. However, there was variation in this common theme based on students’ personal financial situations and experiences.

Tyler Catudioc, a graduating psychology student, shared her experience of working while being a student.

“Where I’ve come from, I kind of had to grow up fast. All of college I think I’ve at least had one job the whole time if not two jobs and an internship and been in clubs and stuff like that,” Catudioc said.

Many college students have jobs while in school with varying workloads and levels of commitment.

In a February 2018 study by the Institute for Women’s Policy Research, more than half of all college students were shown to be financially independent. In fact, about half of independent students had dependent children of their own.

The idea that an increased financial responsibility is a corollary to graduation from college may not be the case. One student’s financial obligation may drastically change after graduation while another student’s may remain exactly the same. Thus, there appears to be no rigid boundary between college and the “real world” as a consequence of there being no typical student.

Though the “real world” seems to have something to do with freedom, financial responsibility and finding one’s way, there is no single definition for it.

However, one thread that seems to be common in all conceptions of the “real world” is the element of change and new beginnings.

After all, a college education is a means to a variety of ends that are intended to augment the lives of their recipients: a degree to enter a certain field, expanded knowledge or simply personal fulfillment.

Regardless of one’s personal circumstances, all graduates are bonded in their pursuit of a better future. Everyone’s idea of the “real world” is a little different, but the prospect of its arrival produces mixed feelings of excitement, apprehension and curiosity that are universal.

“Everyone here is in the building blocks of their life,” Catudioc said. “You’re preparing for the real world; for the rest of your life. I feel like that should be the most exciting thing because you actually get to live out what you’ve been preparing for.”