As it strays further from its roots, a UC education is a dream deferred 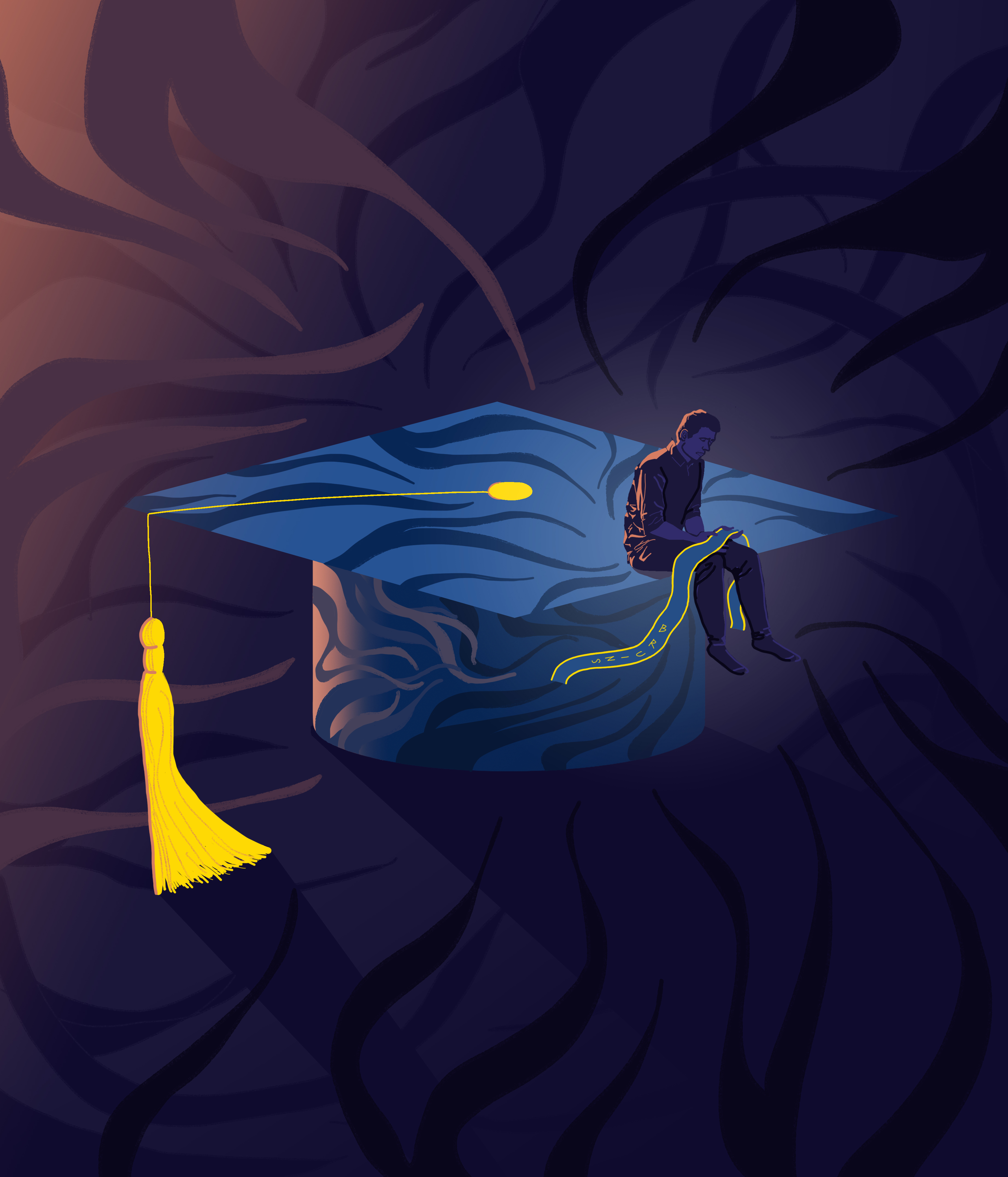 Langston Hughes had it right: A dream deferred sags like a heavy load.

Someone better find some super glue for the more-than-238,000 students of the University of California.

Indeed a UC education is a college dream deferred. The education system meant to empower hundreds of thousands of Californians has saddled them with financial hardship, crammed them into classrooms, seated them in monthslong waitlists for mental health treatment and charged them entry and exit fees. The nation’s top public universities boast a populace where 44% of undergraduates are food insecure and 5% are homeless.

At UCLA, more than 500 students visit the campus counseling center every week, nearly 55% have come to rely on some form of financial aid to take courses and almost 910 freshmen won’t graduate in four years.

UC undergraduates are being pushed to graduate early and find jobs by an institution where they are supposed to ponder the world around them and pursue a liberal arts education, not a tradecraft. Tenured faculty hiring has stagnated, while classrooms are packed to the brim with students.

The institution that celebrated its sesquicentennial last year is feeling the bedrock crumble. And the students who enrolled, bright-eyed with hope, are witnessing the walls cave in on them.

The need for introspection isn’t lost on administrators, who have set out to make UCLA’s centennial and the UC’s 150th birthday celebrations about as grand as it gets for a public university.

But there’s an identity crisis no one wants to admit.

The University of California was established in 1868 to grant doctoral and professional degrees, in an effort to promote research about everything from philosophical ponderings to practical applications. The engine for social mobility was seen as an educational and innovation-driven haven, contrary to the vocational offerings of its sister university system, the California State University.

The M.O. of the University was controlled expansion and the production of thought experts to lead the burgeoning California economy. The top Californian youth would earn a seat in the hallowed halls of the UC, their minds to be enlightened to lead the then-nascent globalizing world.

The game board has since changed drastically.

Recession-fueled funding cuts from the 1990s onwards whiplashed the University, eating into its infrastructural and academic budgets. That brought on tuition increases and the hunt for additional funding to make up for disinterest on Capitol Hill.

Administrators toyed with everything from tweaking enrollment dials in return for state funding to enrolling more nonresident students to plug budget holes. Several scathing audits and hushed meetings later, and the University is now forced to savvy with a ballooning undergraduate student population, lagging graduate student enrollment, scraps to hire – and mistreat – contract lecturers and a woefully desiccated campus infrastructure to teach the so-called best and brightest.

All the while, the UC’s educational enterprise has been mired by the realities of the 21st century or stashed in a vault alongside the millions given by wealthy donors.

Students have demanded a more practical education to match the technicalities of the globalized marketplace that prescribes little value to the 1868 form of education the UC excelled at. Faculty have refused, holding tight to the theoretical origins of the University’s education.

Research and graduate studies have been married with industry interests – and dollar bills – to seek out practical applications for the economy, while liberal arts ventures have been defunded, downsized or both. Donors have laid siege to University campuses, renaming buildings, dictating research ventures, creating middle schools and occasionally – if they care to – back scholarship initiatives. The influx of private cash has brought with it a slew of admissions scandal, administrative cover-ups and unneeded political interferences.

In the background, campus resources have toiled, with the undergraduates increasingly pressured to graduate sooner – exacerbating the already stressful college mental health scene. And that doesn’t seem to be getting better anytime soon, with campuses like UCLA investing in intensive, de facto summer boot camps to cram a year’s worth of material into 10 weeks.

Put bluntly, the bastion of public higher education has become a schoolyard of competing interests.

Perhaps this is the reality of the modern-day public university – an educational venture caught up in the varying complexities of the public.

And yet, we have to ask: Is a college education at California’s premier public university system a sign-up sheet for admissions scandals, diminishing value in a liberal arts education, a tragedy of commons among campus resources and a mountain of student debt?

I don’t know. And that’s a first in my student journalist career. But as someone who’s pinned-on the identity of “UCLA engineer” for four years, I can only wonder what an 1868 UC education rife with educational freedom, breathing room and institutional priorities that coincided with my own would have been like.

All I can ask now is what happens to a college dream deferred.

Hughes’ guess is as good as mine.