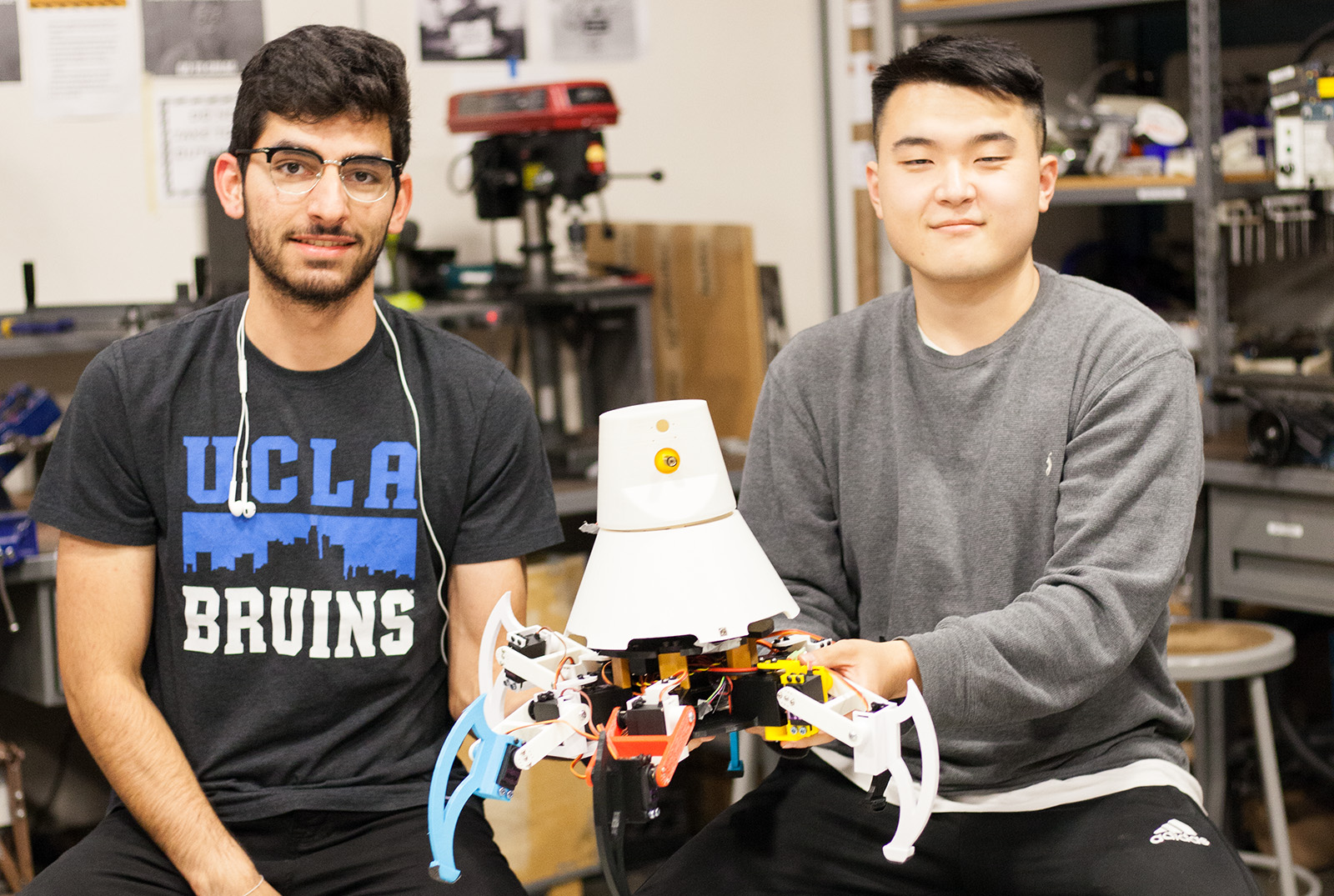 X1 Robotics was founded in 2015 to provide students hands-on experience with robotic engineering. The organization votes on a project at the beginning of the year to complete by the end of spring quarter. (Mia Kayser/Daily Bruin staff)

A student robotics team has been working since fall quarter on a robot that merges two of the group’s passions: interdisciplinary engineering and the video game The Legend of Zelda.

X1 Robotics, a club on campus created to provide a space for robot-building, is engineering a robot modeled after an antagonist in the video game The Legend of Zelda: Breath of the Wild. The robot is due to be completed by the end of spring quarter.

X1, part of the American Society of Mechanical Engineers at UCLA, was founded in 2015 to provide students with real-world experience in robotic engineering, said Michael Cui, a co-lead of the project and a fourth-year mechanical engineering student.

All members of the team have the opportunity at the beginning of fall quarter to pitch project ideas for the entire team to vote on, said John Tabakian, a second-year mechanical engineering student and the other co-lead of X1.

“This year, someone just came in and kind of as a joke was like, ‘Hey, I want to make something from a video game,’” Tabakian said. “And then we all kind of were like, ‘I know you’re joking, but this is kind of cool and we’re all into it.’”

The robot is modeled after a guardian, one of the main antagonists in Breath of the Wild. Guardians walk, fly or play dead in various locations in the game. When Link, the player character and protagonist, gets too close to a guardian, it comes to life, targets him with a red laser and attacks him with a bolt of energy.

The team hopes the robot will be able to identify a figurine of Link and attack the figurine by pointing a laser at it, said Kenneth Vuong, a member of X1 and first-year mechanical engineering student.

The team currently has a functioning prototype, despite being about two weeks behind its original schedule, Tabakian said.

The robot is a hexapod, meaning it has six legs. This is one of the components that made it so challenging to engineer, Cui said. All three types of engineers on the team had to work together to make sure the legs functioned harmoniously and didn’t interfere with one another.

The robot also features a camera attached to a turret system, which allows the robot to track the Link figurine, he added.

The team also worked to make the robot’s movements as organic as its in-game counterpart, Tabakian said. He said the team aims to make the robot battery-powered, capable of functioning without external direction from a person and controllable through an online interface.

Vuong said he was excited about the video game-based project because he enjoys playing the game and was inspired by the prospect of working on a complicated robot.

“Most of us are nerds, there’s no sugarcoating it,” Tabakian said. “We realized that we have the chance to do something that’s really complicated in terms of the robotic system, and also something that we could all kind of be passionate about because we’ve all seen it in-game.”

Cui said he thinks X1 is analogous to real-world engineering work because its projects combine the skills of students in mechanical engineering, electrical engineering and computer science. He added he thinks not many clubs on campus let students work with people outside their own disciplines, and X1 gives them that chance.

The team chose the guardian from Breath of the Wild out of all other video game characters primarily because its complex physicality allows all three branches of the team to integrate their skills, Cui said.

“We have no competition that we compete in,” he said. “It’s just purely (that) we decide on a project every year and we kind of go from there.”

The lack of a competitive element also allows the team members to draw motivation from their eagerness to improve their skills and the joy they experience when working together, Vuong said.

The team is considering deconstructing the completed robot to use the parts for other projects next year, Tabakian said. He added team members have also suggested donating the robot to a children’s hospital or a research professor.

Jingbin Huang, member of X1 and a third-year electrical engineering student, said he thinks the club could also use the guardian robot to showcase X1’s work to other students and encourage them to join the club.

Regardless of what happens to the guardian robot when it’s complete, Cui, Tabakian, Vuong and Huang all said X1’s true accomplishment lies in the learning opportunities it offers to students.

“I just want to emphasize that X1 is a truly fantastic project that allows students to work on whatever they’re passionate about,” Cui said.