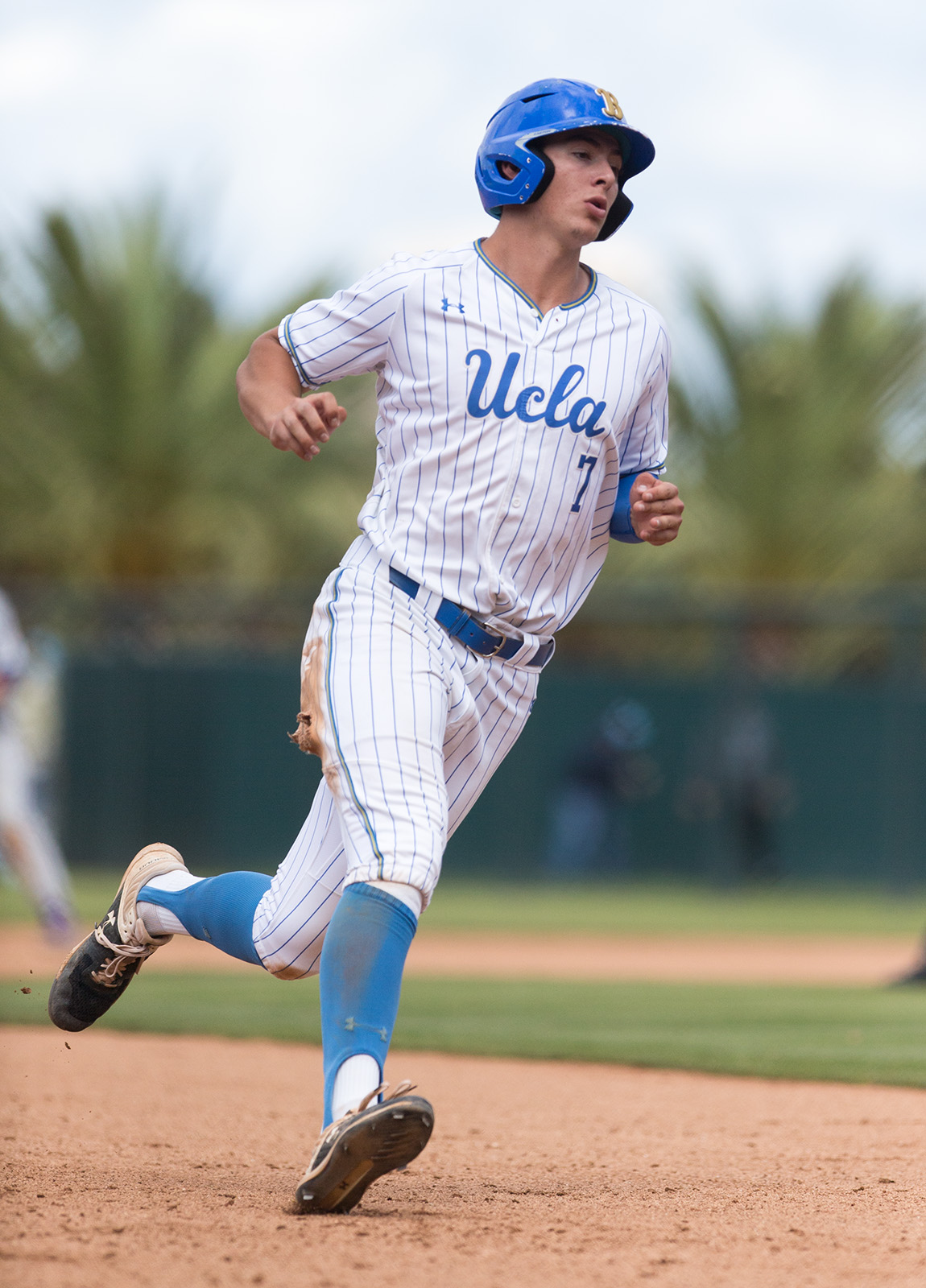 Junior first baseman Michael Toglia was selected by the Colorado Rockies in the first round of the MLB Draft on Monday. The Rockies also picked Toglia in the 2016 draft before the Washington native decided to stick to his commitment to UCLA baseball. (Andy Bao/Daily Bruin)

Three Bruins will have an MLB contract awaiting them when UCLA baseball’s season comes to a close.

Junior first baseman Michael Toglia was the lone Bruin to get drafted in the first round of the 2019 MLB Draft on Monday. Toglia was the first Bruin off the board – going No. 23 overall to the Colorado Rockies – while junior right-hander Ryan Garcia went No. 50 to the Texas Rangers and junior second baseman Chase Strumpf was selected by the Chicago Cubs with the No. 64 overall pick.

Strumpf was picked as he was stepping up to the plate in Game 7 of the Los Angeles Regional against LMU. Less than a minute later, he launched a line drive over the left field wall for a three-run homer.

Toglia saw his offensive numbers drop this season as well, but he was able to keep his average comfortably above .300 and hit a career-high 16 home runs, coming in at No. 40 in MLB.com’s predraft player rankings. Toglia was picked No. 1,040 overall by the Rockies in the 2016 MLB Draft, but he elected to honor his commitment to UCLA.

The Rockies picked right-hander Jake Bird in the fifth round of last year’s draft and three more Bruins in 2017.

UCLA commit Corbin Carroll was drafted No. 16 overall by the Arizona Diamondbacks. Like Carroll, now-freshman third baseman Matt McLain was a high schooler picked by the D-Backs in the first round of the 2018 Draft, but he elected to pass on the pro contract and come to Westwood regardless.

Carroll has not commented on the status of his commitment to UCLA.

Strumpf and Toglia were both preseason All-Americans, but junior right-hander Ryan Garcia was the lone Bruin to be named a First Team All-American by Collegiate Baseball. Garcia won Pac-12 Pitcher of the Year after posting a conference-low 1.39 ERA and perfect 10-0 record, but he is yet to be drafted.

Junior shortstop Ryan Kreidler, junior right fielder Jeremy Ydens – who was selected in both the 2016 and 2018 drafts – and 13 other Bruins are eligible to hear their names called over the next two days.

Kreidler went No. 1,064 to the Chicago Cubs in 2016, just 24 picks after Toglia. The shortstop/third baseman set career highs in nearly every offensive category as a junior – including a .303 batting average and .509 slugging percentage – but he is still on the board.

The Pac-12 accounted for 13 of the 78 selections Monday night, with Oregon State catcher Adley Rutschman leading the way as the No. 1 overall pick.

Round three starts Tuesday at 10 a.m. 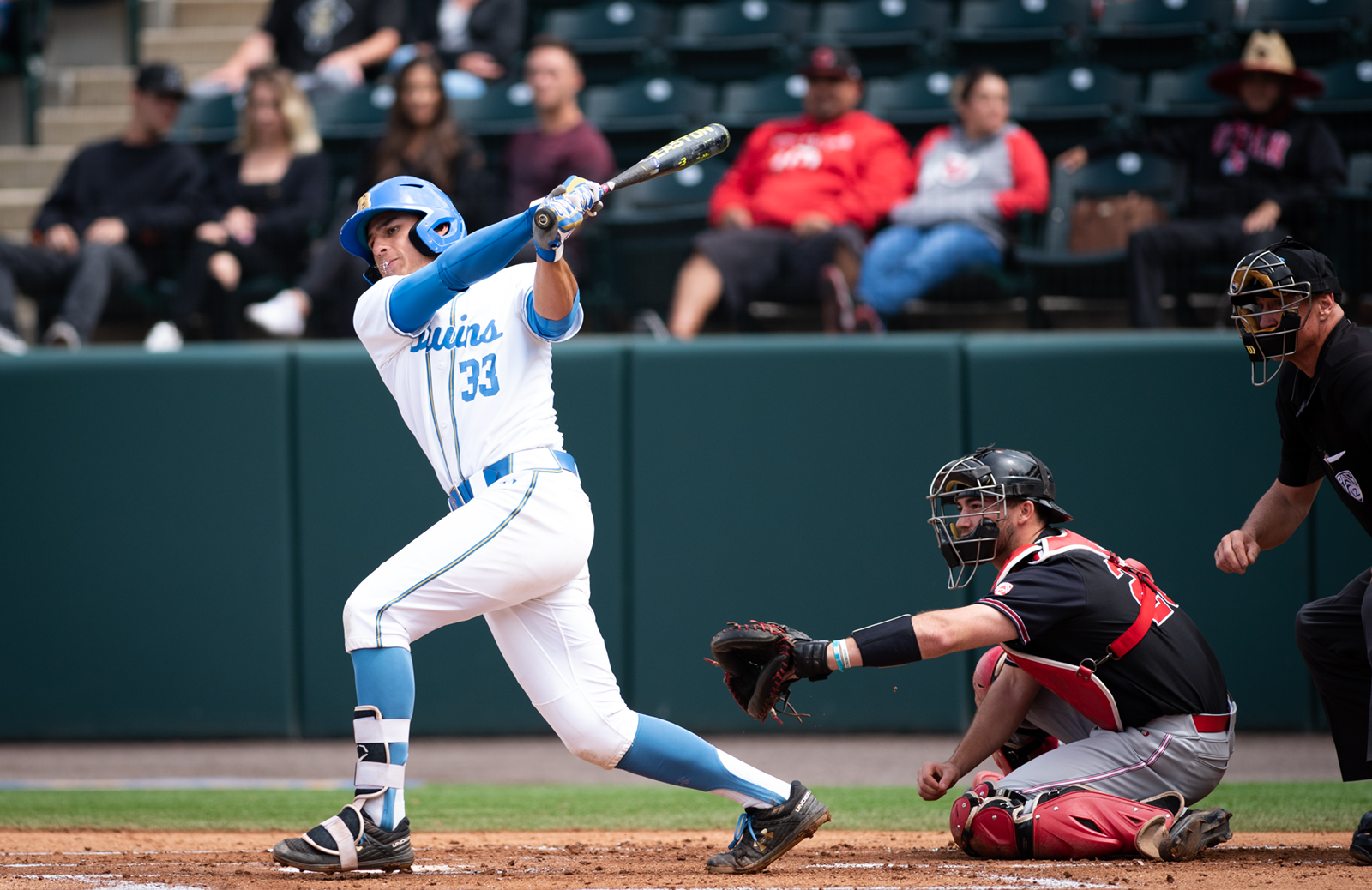 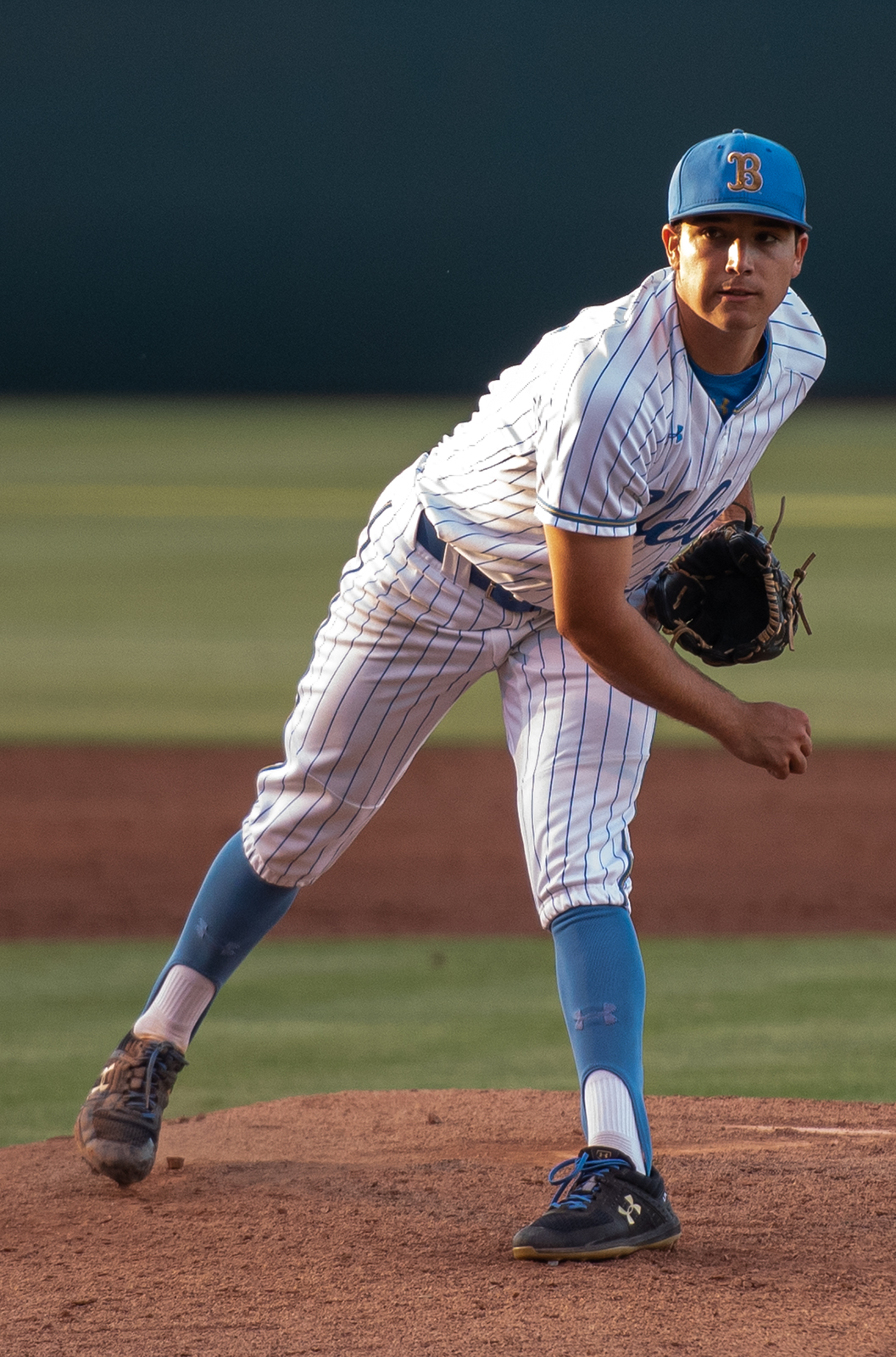