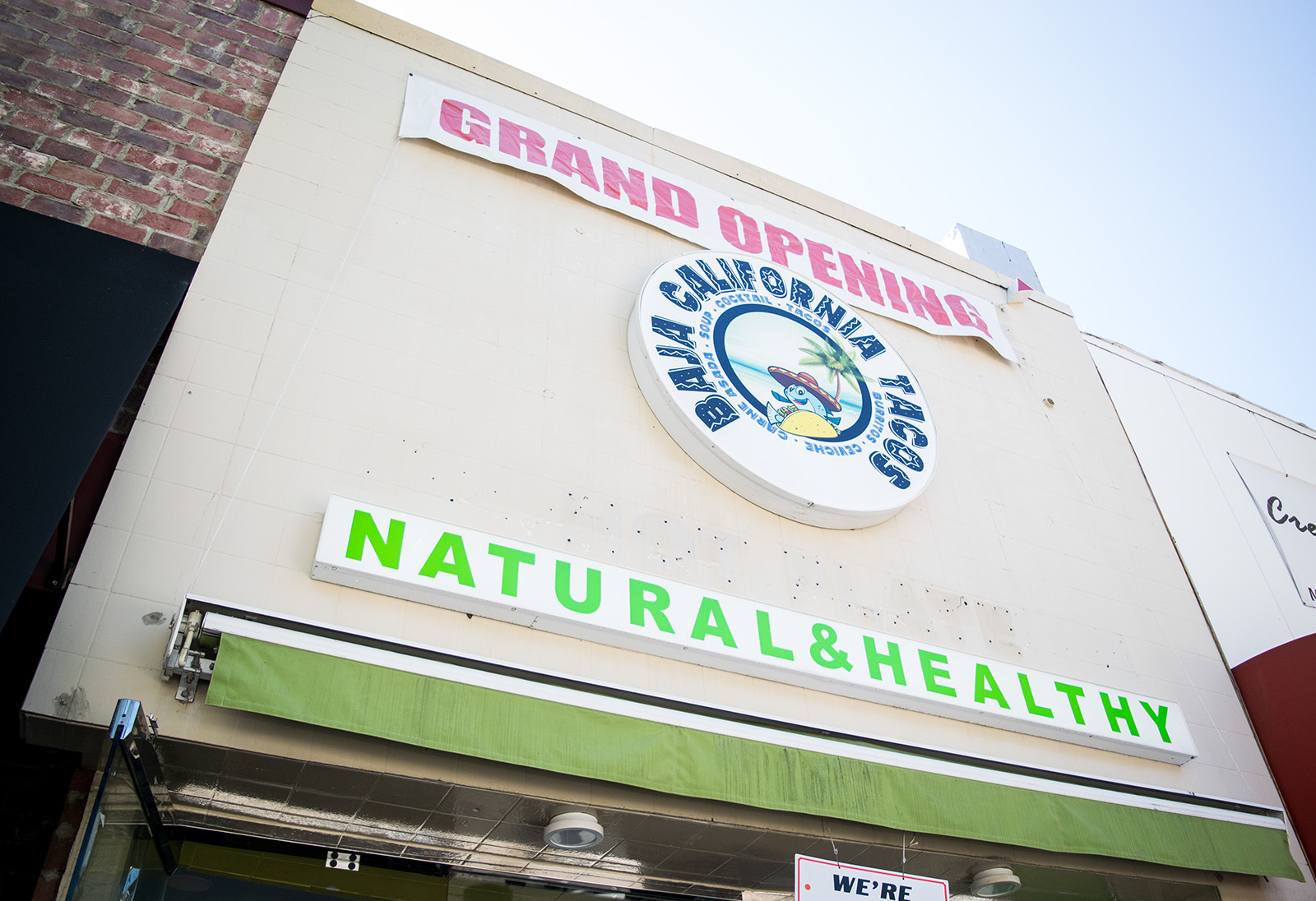 A new taco restaurant is now open in Westwood.

Baja California Tacos opened on Broxton Avenue, across from Diddy Riese, on May 16. It is located in the storefront previously occupied by The Poke, which opened in 2017.

The restaurant serves Mexican cuisine with a focus on fish and fresh ingredients and offers a range of food options including ceviche, tacos, bowls and burritos. Baja California Tacos is one of several Mexican restaurants in Westwood, including Pinches Tacos, Tocaya Organica and Frida.

Karim Kurdi, founder and CEO of Baja California Tacos, said he was inspired to open a taco restaurant based on the fresh Mexican food he would eat while visiting family in Ensenada, Mexico.

“I wanted to open a couple of taco spots, and that’s what the Westside needed,” Kurdi said. “There’s not too many fish places or ceviche, shrimp cocktail (or) fish taco places.”

Ahmad Kurdi, Karim Kurdi’s father and project manager of the Westwood location, said he wanted to open a location in Westwood partly due to good memories he had of visiting Westwood Village as a student at UCLA.

“I always liked Westwood and UCLA. It’s my school,” Ahmad Kurdi said. “We know Westwood inside out.”

The Westwood location is the second Baja California Tacos restaurant to open in the past year. A third location opened near Downtown Los Angeles on Friday, and two more are scheduled to open soon, Karim Kurdi said.

Ahmad Kurdi said he and his son have over 50 years of combined experience in the food industry.

Karim Kurdi added his father’s knowledge of the city’s rules and regulations helped when they were opening the Westwood store. He said he hopes the prices and quality of food will attract students and those who work in the area.

Natalia Urena-Tregillis, a first-year global studies student, said she has several go-to places to eat in Westwood but would be interested in trying a new Mexican restaurant, especially if it offers low prices.

“I really only like Mexican food if it tastes pretty authentic,” Urena-Tregillis said. “When I go to Mexico, I think the food there is much better.”

He added he thinks it will be more successful than its predecessor based on the level of interest in the new restaurant.

“The place is popular. There was a line of people formed; I think people are starting to catch on,” Thomas said. “I think they’re going to be here for a while.”