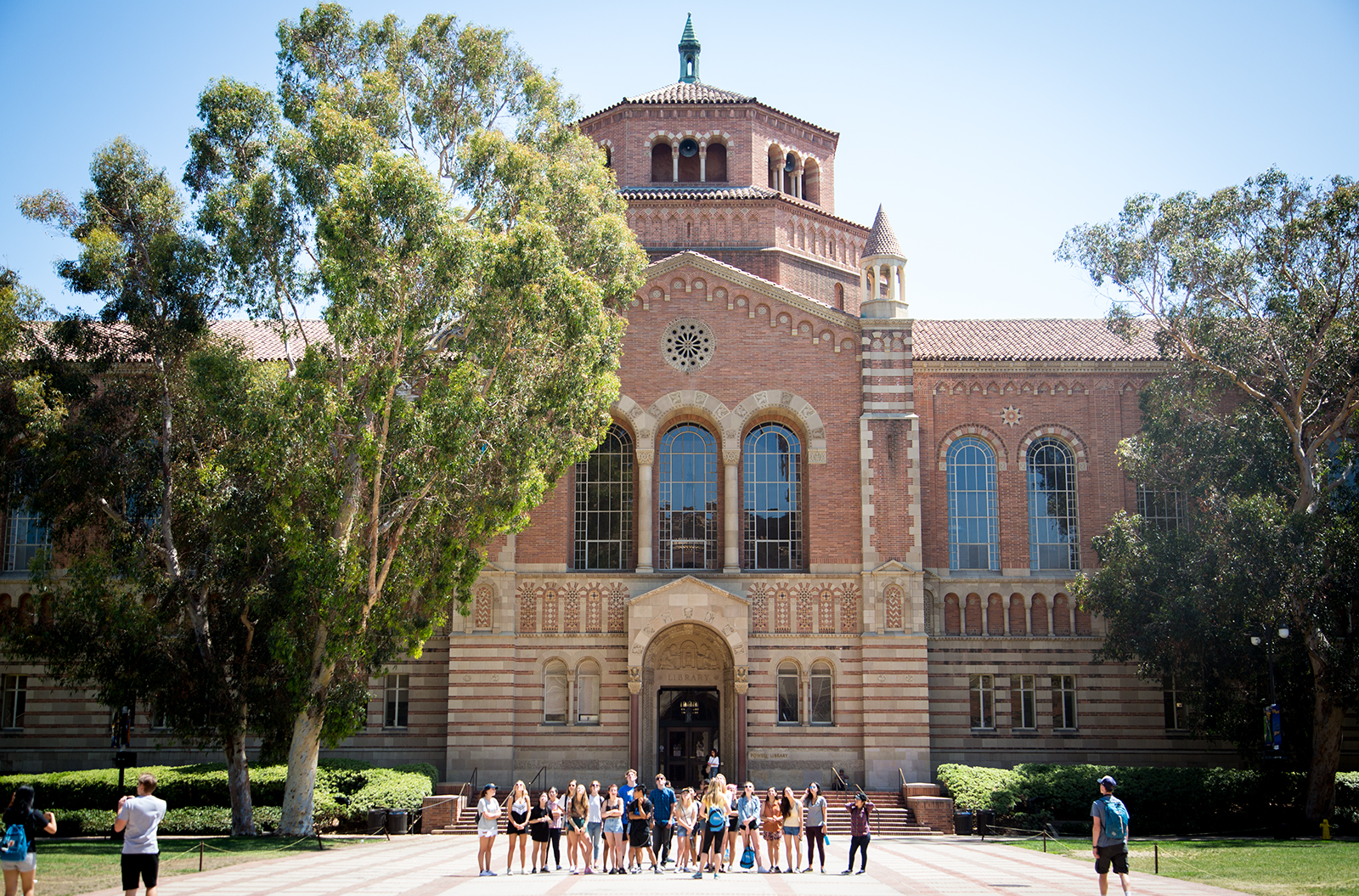 UCLA plans to slow down enrollment and increase the undergraduate population by only 1% over the next four years.The university hopes slowing enrollment increases will allow academic and housing resources to catch up with this increase in students. (Daily Bruin file photo)

UCLA plans to flatten enrollment rates over the next four years to address overcrowding and increase graduation rates.

The 2018 incoming undergraduate class of 9,674 was the second largest in the school’s history, only behind the fall 2016 incoming class of 9,905. Slowing enrollment increases will allow academic and housing resources to catch up with the increase in students, Vazquez added.

UCLA must ultimately collaborate with the University of California Office of the President to develop and approve the enrollment proposal, Vazquez said.

The enrollment proposal would target the graduation disparity through the launch of “Summer Intensive” Programs, an increase in the number of online classes, and greater support for academic advising and tutoring initiatives.

The “Summer Intensive” Programs would be high demand, sequential courses that enable students to finish an entire year of a requirement in 10 weeks, according to the proposal. However, the proposal acknowledged that the plan may not receive sufficient funding from the California state legislature.

Student government officials said while the proposal may help with overcrowding, it will not necessarily solve the issues current students face.

“We have so few (Campus Assault Resources and Education) and (Counseling and Psychological Services) counselors, resources are limited, when it comes to counselors or (UCLA Residential Life),” he said. “I think prioritizing those investments and financial aid than simply advertising more online and summer classes.”

Watson said he agrees that the administration should focus on supporting students who are already enrolled.

“I think we should be as accessible as possible but I agree there is an inadequacy of helping students already here,” he said. “For example, we don’t have a four-year housing guarantee which I think is an issue for students who want the safety and comfort of living on the Hill.”

Martinez said she thinks additional mental health and academic resources would have a greater impact on minority students than slowing enrollment increases.

“Students of color especially deal with imposter syndrome,” she said. “They will always have to deal with that, but when it comes to counselors, I don’t know if UCLA is taking more steps to hire more advisors or counselors.”

Martinez added she thinks UCLA could be more transparent about what actions it is taking to fight overcrowding on campus.

“We understand action and tangible resources can take a long time to set up, but when you have an institution that isn’t forthcoming about steps they’re going to take to help, that makes people feel isolated and they just accept the circumstances,” she said.

Martinez, whose office is responsible for representing students in the California legislature, said she thinks flattening enrollment could send the wrong message to state legislators.

“The California legislature continues to want more students to attend UCs, especially residents,” she said. “As the EVP office, we always ask them for more money, but if the University says ‘We don’t want more students,’ well, that’s not a great bargaining point for students.”

Martinez said she worries that slowing enrollment increases may actually negatively impact underrepresented minorities applying to UCLA and she is concerned minority students will be left out of the conversation.

“I think it’s interesting that after the Centennial, we’re going to want less students here even though it’s taken a lot of students to make an impact and shape the legacy,” Martinez said. “I worry that when it comes to students UCLA decides aren’t worth the cut, that could impact marginalized students who wouldn’t normally come to UCLA.”