Softball digs deep to find 2 homers, win against Gophers in World Series’ round 1 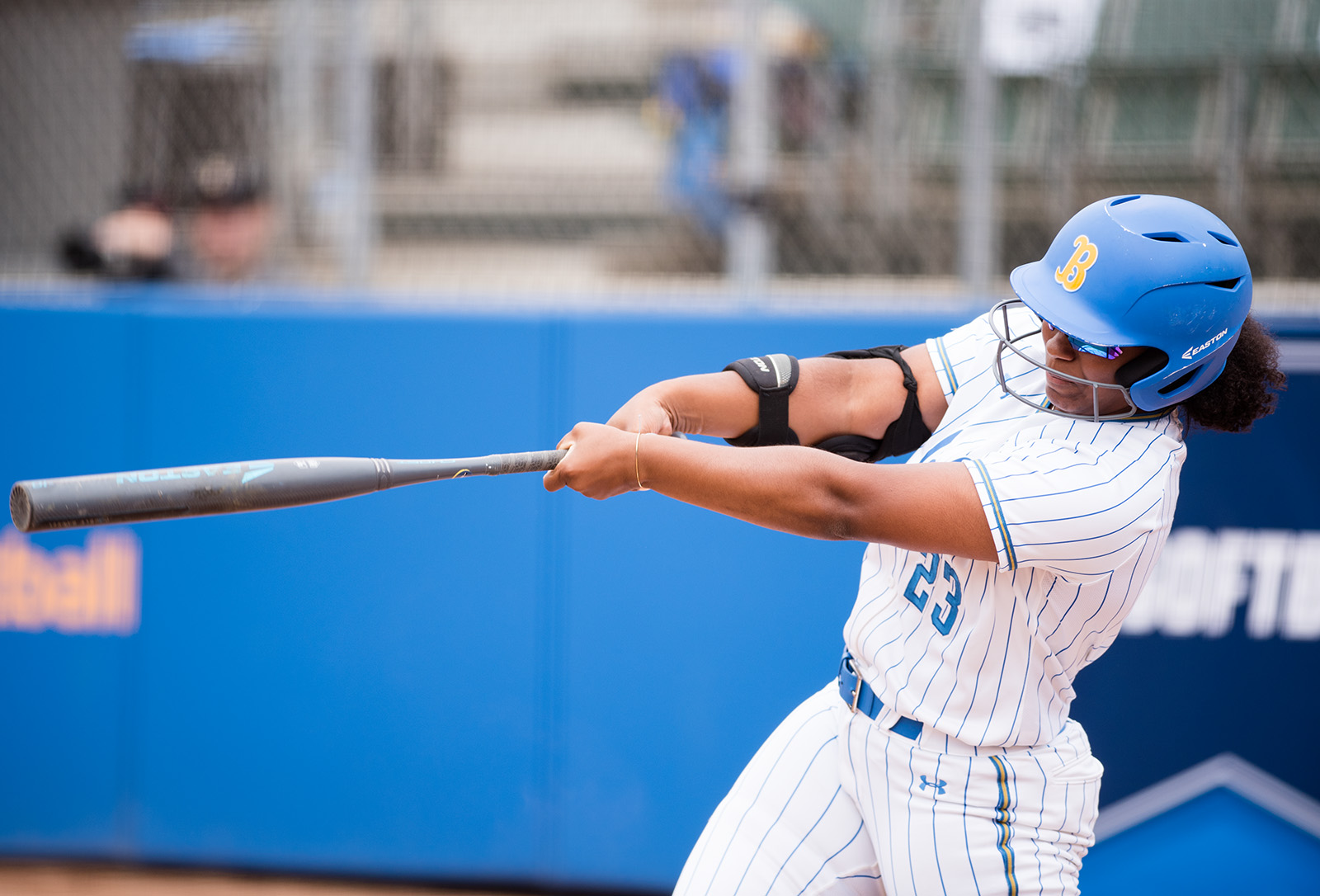 Sophomore utility Aaliyah Jordan hit a three-run home run in the sixth inning for No. 2 seed UCLA to secure the 7-2 victory over No. 7 Minnesota. UCLA will face No. 6 Arizona on Friday in the winner’s bracket. (Alice Naland/Daily Bruin)

The Bruins continue to hit it out of the park.

UCLA scored in each of the first three innings, starting with a lead-off home run from junior outfielder Bubba Nickles in the first inning – her third of the postseason.

“It was really crucial to get our momentum going. I just really wanted to come out the best I could and have a quality at-bat, really,” Nickles said. “I wasn’t trying to hit a home run, but it worked out to make us get ahead.”

The Bruins scored again on two singles and two walks in the second inning, leaving the bases loaded with no outs for UCLA. But the Bruins couldn’t capitalize, leaving all three runners on to send the game to the third inning.

UCLA added to its lead in the third when redshirt sophomore utility Aaliyah Jordan walked, advanced to third on a single and scored on a sacrifice fly to make it 3-0.

Minnesota didn’t go down without a fight however, scoring two runs in the top of the sixth inning off redshirt junior pitcher Rachel Garcia, putting together a string of two singles and a double to shrink the Bruins’ lead to just one run.

But UCLA struck back in the bottom of the sixth, starting with a single from sophomore utility Kinsley Washington. She then advanced to second on another single, and scored when the Gophers’ second baseman bobbled a grounder for an error.

With two runners on and two out, Jordan broke the game open with a three-run home run to right field that landed several rows into the stands, extending the Bruins’ lead to 7-2.

Garcia collected the complete game victory, having given up two runs on four hits and striking out seven.

On the other side, the seven runs Minnesota gave up were the most the team has surrendered since Feb. 23. Minnesota pitcher Amber Fiser had pitched every inning going into Thursday’s contest and got the start again for the Gophers.

With the win, UCLA moves onto the winner’s bracket, where it will face No. 6 seed Arizona on Friday afternoon. Arizona defeated No. 3 seed Washington 3-1 in extra innings earlier Thursday.

The Bruins last faced the Wildcats in their final regular season series, in which they dropped two of three of the games against Arizona – the only series that UCLA lost all season.

“Any time you talk Arizona and UCLA, it is a unique game, in that the history is very very real and it’s spanned decades,” said coach Kelly Inouye-Perez. “We’re in the Pac, we compete every year, every time there’s a UCLA-Arizona game it’s a great battle.”