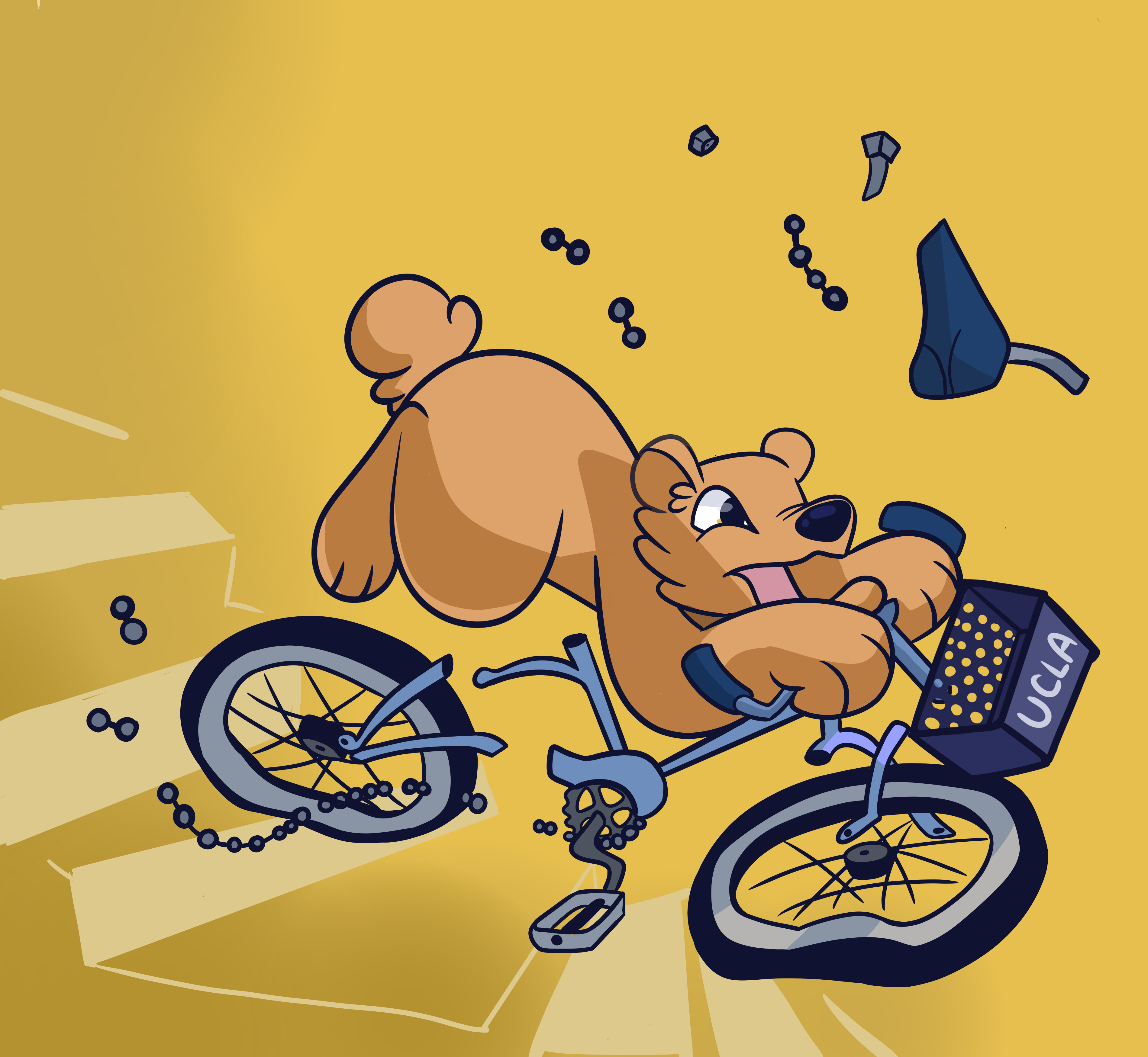 Students who use UCLA transportation know it’s about as effective as driving with a flat tire.

You only use it when there is absolutely no other option.

UCLA didn’t get the memo back in 2017. The university created Bruin Bike Share, a program that allows students to use bikes getting to and from campus after they pay either membership or one-time use fees.

The decline in ridership seems to come as a shock to the university. But anyone with half a brain could tell the program was doomed to fail.

Just try to remember the last time you saw someone biking down Bruin Walk.

But UCLA Transportation is chalking up the ridership decrease to the emergence of electric scooters. The department is now looking for an electric bike or scooter company to partner with. This announcement comes after UCLA already tried, and failed, to stop students from using these micromobility options in many on-campus spaces.

The university doesn’t seem to understand the real problems with its transportation system, and the bike-share program isn’t the only project UCLA Transportation has flubbed. BruinBus and the UCLA Safe Ride service are also inconvenient and difficult to use.

Everything UCLA Transportation touches seems to turn to rubber. And that’s because it doesn’t understand its primary client base: students.

Bruin Bike Share failed to take students’ needs into account and was more concerned with public impression. Membership for the program was around 300 in April 2018, out of a campus population of over 45,000. And this was just five months after the launch of the project. With less than 1% of the student population holding memberships, the program has cost $80,000 per year to serve students and community members who aren’t the least bit interested in using it.

The main reason behind the lack of interest is inconvenience. Biking isn’t easy on this campus and hills are aplenty. Students don’t think it’s worth the energy, and the program has failed because of it. The lack of promotion for the program also doesn’t help matters.

Eric Wong, a second-year mechanical engineering student, said he only had a vague idea of the program.

“I’m aware of its existence, but other than that I know nothing about it,” Wong said. “I’m not sure how much it costs, how to use it or even where it is really.”

The only successful forms of transportation on campus seem to exist outside the university’s control. Ride-hail companies like Uber and Lyft are extremely popular around campus – so popular they’ve congested campus throughways, a problem UCLA hasn’t provided a solution for.

And e-scooters have become one of the most common ways to get to campus. There are hundreds of scooters provided by many companies. Passengers nationwide took almost 40 million rides on e-scooters in 2018 alone, and UCLA hasn’t been insulated from the craze.

The freedom to park anywhere is a main selling point for the e-scooters over the university’s bike-share program, said Shawn Hsu, a third-year economics student.

“When you’re done with your ride, you can just leave it wherever,” Hsu said. “But with the bike-share program, you have to put it into a bike rack. The racks aren’t always in convenient places.”

The fact is UCLA Transportation hasn’t been able to provide convenience in any of its programs. UCLA Safe Ride, for example, is only available Monday to Thursday, and stops service after midnight despite students often being out late and on weekends. On top of that, the night van mobile application gives inaccurate estimated times of arrival – something any ride-hailing service should be able to do accurately.

And the Bruin buses have faced their share of challenges as well, changing and merging bus lines frequently while experiencing long wait times and hours.

By pairing with an e-scooter or e-bike company, UCLA hopes to provide cheaper rides to students in order to distract them from the huge financial loss caused by Bruin Bike Share. But adding another scooter option to an already crowded field feels like a race to the bottom against companies that already dominate the industry.

E-scooters are definitely in high demand around campus, but UCLA Transportation is getting to the party late. The department has botched so many projects it doesn’t exactly inspire confidence for the rollout of yet another questionable program.

It’s not easy to know what students want in their transportation, but UCLA has spent a lot of money on modes of travel Bruins have no interest in. And it’s held on stubbornly to the old ways, despite its duty to improve transportation around campus.

Bruin Bike Share is a failure. Like with an old flat tire, it’s time to stop trying to pump it up.