Mind Your Business: UC schools should address mental health together, not apart 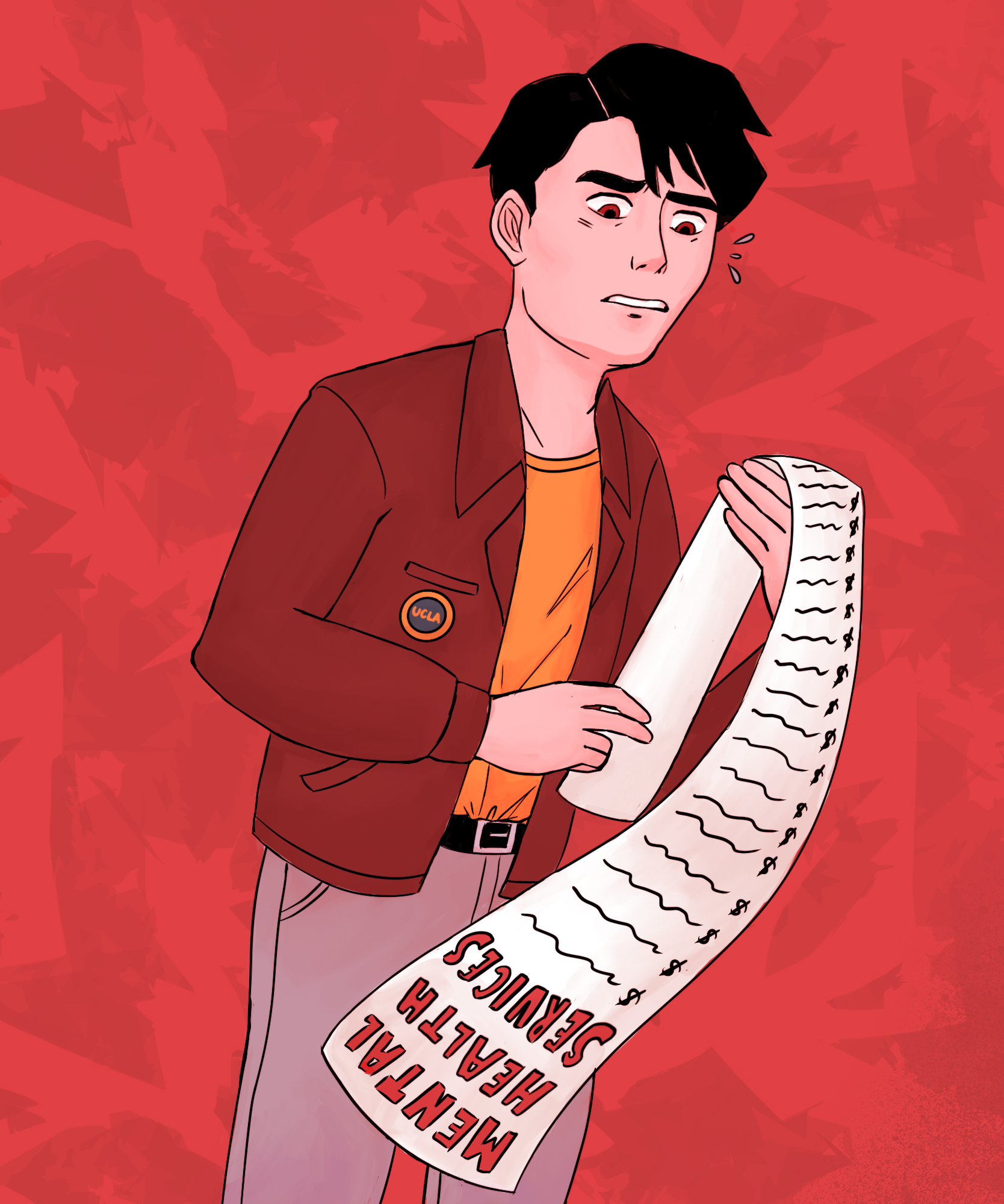 College students across the nation are seeking help. Faced with depression or anxiety, they visit psychological support centers in search of counseling.

With thousands of students turning to campus counseling for help, universities find themselves tasked with the unprecedented responsibility of treating a national mental health crisis – while facing high staff turnover rates and overburdened campus resources.

Most of the attention surrounding this emergency focuses on the inadequate response by universities and the long waiting lists at campus support centers, which stretch on for weeks. But that’s asking the wrong question.

Instead, we need to ask: What is it about the university environment that pushes young adults past their breaking point?

The answer lies in the numbers.

A data-driven, University of California-wide initiative would help us better understand what’s driving this mental health crisis. This program would provide a clear timeline for which statistics should be collected and analyzed as well as dedicated funding for in-house researchers at each campus counseling center. This centralized structure would prove more efficient and effective than campus-level initiatives.

The statistics about increasing mental health issues among university students speak to a terrifying truth about well-being on college campuses.

According to the 2015 annual report by the Center for Collegiate Mental Health, the growth rate of the number of counseling center appointments increased at a rate sevenfold greater than enrollment growth. In the 2017 National College Health Assessment by the American College Health Association, 86.5% of students reported feeling overwhelmed during the last 12 months at the time they were surveyed. More than 60% of students described themselves as feeling very lonely during the last year. And more than half reported feeling hopeless.

More than 40% of students said they had difficulty functioning because they were so depressed, according to a 2018 report by the American College Health Association.

“All of the data, both nationally and locally, is showing increased stress, increased experiences of anxiety, depression, suicidal thoughts amongst our college students,” said Gary Dunn, the director of Counseling & Psychological Services at UC Santa Cruz.

These issues negatively impact academic performance. According to a recent report by EAB, a data-collection and analysis firm that works with more than 1,500 schools, students with mild to severe depression and anxiety experience an average decrease of 0.4 in their GPA. This has an especially catastrophic impact on graduate students.

“Graduate students utilize our services at some of the highest rates of any demographic,” said Paul Kim, the director of counseling services at UC Davis.

“So much gets put on the counseling programs, we are really just dealing with the downstream impact of a lot of other decisions that are made institutionally,” Dunn said. “We need to be developing university systems that work for everyone.”

According to an EAB report, half of the students seeking treatment on campus have received prior counseling. These students can overwhelm on-campus counseling centers: One-fifth of counseling center clients, for example, account for half of all individual therapy appointments.

And throwing more money and staff at the issue isn’t going to solve anything.

“We have to work with the university on what is causing stress, what is causing anxiety and address it on a more systemic basis and help our students as a whole to develop the coping skills they need to be successful,” Dunn said.

There’s already plenty of data to work with.

All UC counseling centers, for example, use Point and Click Solutions, an electronic medical records system. From these records, data can be collected anonymously and aggregately to determine campus-specific and systemwide mental health trends.

Campus counseling centers also fill out an assessment following each appointment describing the level of a student’s mental health issues. This survey is operated by the Center for Collegiate Mental Health, which studies national mental health trends. UCLA used this data to help justify increasing student fees by 2.5% to fund mental health services.

UCLA, for example, is undertaking a Depression Grand Challenge aimed to cut depression in half by 2050. And UC Berkeley is researching the causes underlying anxiety.

But these projects need to take place within a systemwide framework to ensure campus resources and staff aren’t diverted from critical mental health care.

“You need people who are able to analyze that data. And right now, CAPS is just so overrun,” said Dani Lowder, a third-year political science student.

“There is a lot of preventative care that UCLA would love to do but there is not the time and staff right now,” she said.

The centralized structure of the University would allow it to set clear goals for the initiative and divide the main areas of research among its campuses. Distributing the workload across the system would speed up the research process, making the money spent on this initiative more impactful in the long run.

“I think a lot can be done by digging into the data that we have,” Dunn said. “The information is there, and we could put more time and energy into understanding what it can tell us.”

Dunn said the counseling center at UCSC is looking to hire a graduate student researcher to more deeply analyze the data it has collected.

Granted, this research project may take time. But we need to prioritize long-term solutions instead of applying Band-Aids on a gaping wound. Determining what brings students through the counseling center doors will help shape more proactive mental health resources that can divert some of the traffic in counseling centers.

After all, if we don’t start looking for the cause of this crisis, we can’t ever expect to solve it.