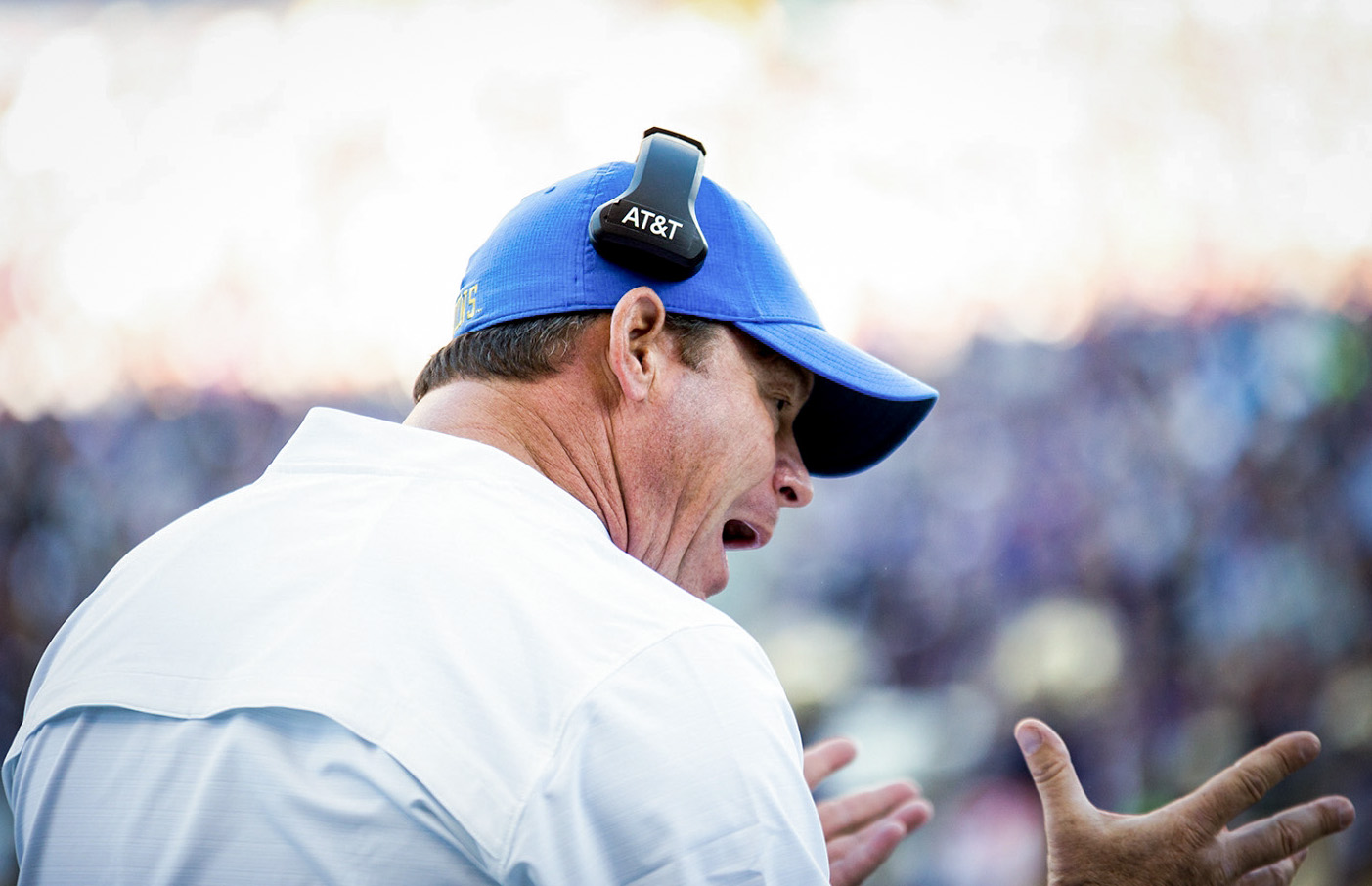 John Lopez, Poasi Moala and Zachary Bateman have sued Mora, UCLA and the NCAA for allegedly playing a role in severe injuries the players sustained during their time as Bruins.

“While the lawsuits involve many of the same facts, each case is distinct in its own way,” said Pamela Tahim Thakur, who is representing all three players, in a statement. “But what they all have in common is the pattern of brutality and intentional disregard for player health and safety by Coach Mora and his staff at UCLA.”

Lopez, a former UCLA offensive lineman who filed a $15 million lawsuit, alleged Mora ran drills that were physically intense and caused Lopez to sustain multiple concussions during his three years on the team, the firm said. Lopez said this led to his eventual suicide attempt in 2016.

Lopez said his first concussion was sustained at the Bruins’ training camp in August 2013, according to the firm. Lopez also claimed Mora and the UCLA football staff rushed him back to the field too early, without having taken proper steps to ensure his recovery.

Lopez suffered another concussion at training camp the following year, and a third traumatic head injury led to his medical retirement in December 2015, according to the firm. Lopez was diagnosed with severe traumatic brain injury that prevented him from finishing his degree and, he said, has affected his everyday demeanor.

Moala, Lopez’s teammate on the offensive line, also filed a lawsuit for concussions and hip injuries he underwent as a Bruin that led to symptoms of traumatic brain injury, the firm said. According to the firm’s statement, Moala said his injuries could have been avoided, but Mora and the coaching staff ignored his complaints and ridiculed him in front of his teammates.

Bateman, another former UCLA offensive lineman, has also sued Mora and the school for severe foot injuries that he said worsened because of neglect, according to the firm.

UCLA Athletics released a statement Thursday regarding the allegations.

“While we cannot comment on the specific details of a pending lawsuit, we want to make it clear that the health and safety of our student-athletes is UCLA’s top priority,” UCLA’s statement said. “Our team physicians and sports medicine staff work hand-in-hand on diagnosis, monitoring and treatment, and they are the only individuals who determine when a student-athlete is cleared to participate in their sport; coaches are not involved in these decisions.”

Mora was fired in November 2017 after six years leading the program.