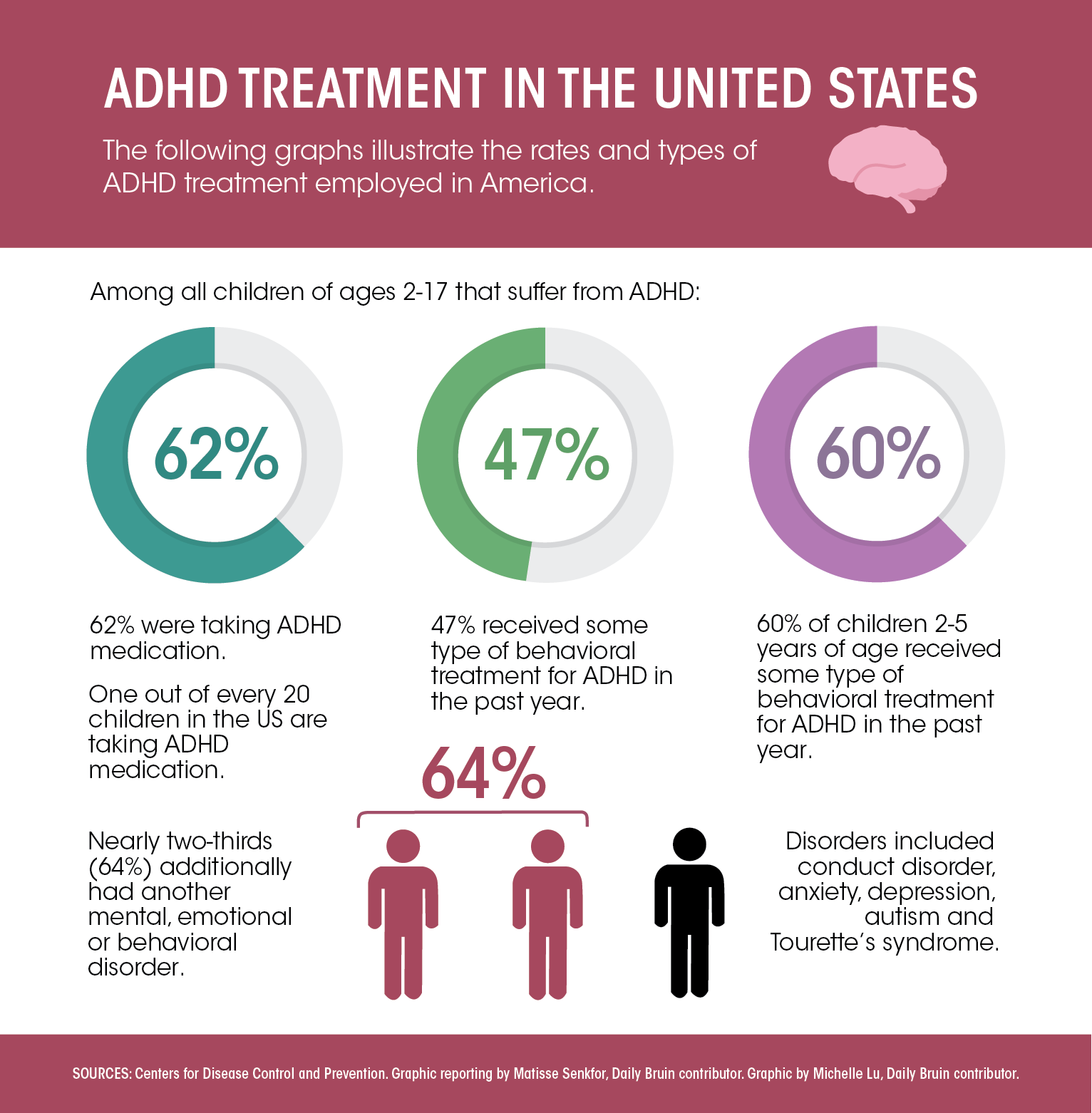 UCLA researchers conducted a clinical trial that led to the approval of the first medical device to treat attention deficit hyperactivity disorder.

The United States Food and Drug Administration approved the Monarch external Trigeminal Nerve Stimulation System on April 19. The system, which uses electrical stimulation to treat ADHD, was developed by NeuroSigma, a California-based company that specializes in the development of bioelectronic technologies, according to an FDA press release.

The Monarch eTNS System is approved for use in children aged 7 to 12 years old with the disorder.

ADHD is characterized by difficulties in paying attention and controlling impulsive behaviors, and is usually diagnosed during childhood. According to the 2016 National Survey of Children’s Health, 9.4% of children between the ages of 2 and 17 have been diagnosed with ADHD.

Sandra Loo, one of the primary investigators of the clinical trial and UCLA psychiatry and biobehavioral sciences professor, said the Monarch eTNS System is an easy-to-use and nonintrusive device that stimulates the trigeminal nerve.

The nerve is responsible for facial sensation and motor functions, like biting and chewing. Loo said the device stimulates the nerve through a patch stuck to the child’s forehead during sleep.

The trigeminal nerve is also believed to be involved in controlling attention, hyperactivity and impulsivity, Loo said. She said the Monarch eTNS system might work by increasing blood flow to the areas dedicated to these functions.

Trigeminal nerve stimulation is a type of neuromodulation, which is the alteration of brain activity with electricity through means such as an electromagnet or a 9-volt battery, said Andrew Leuchter, a psychiatry and biobehavioral sciences professor and the director of UCLA’s Transcranial Magnetic Stimulation Clinical and Research Service, in an email statement.

Leuchter said researchers are studying how neuromodulation could be used to treat memory loss, chronic pain, mood and anxiety disorders and other neuropsychiatric disorders.

The device’s application to ADHD originated from previous research that tried to treat depression with trigeminal nerve stimulation and found that the treatment improved patients’ concentration, Loo said.

Steven Lee, a psychology professor studying ADHD development, said the disorder can require lifelong management. He said children with ADHD have higher rates of academic problems, social problems, psychiatric disorders and substance abuse over time than those without ADHD.

In the clinical trial, participants experienced reduced ADHD symptoms of inattention, hyperactivity and impulsivity after being treated with the system every night for four weeks, compared to those who received a placebo treatment, Loo said.

She added the treatment’s side effects were less severe than those caused by medication-based ADHD treatments. She said some participants who received the treatment experienced changes in pulse rate and weight, but remained in the normal ranges for those measures.

“We’re looking into what that might represent,” Loo said. “But overall, they were fairly minor rates of side effects, leading us to conclude that this is pretty minimal risk and highly tolerable treatment.”

Behavioral therapies and medications such as stimulants are the only two treatments for ADHD currently in use that are well-backed by research, Lee said. He added both of these are effective, but no patient responds perfectly to either one, so doctors may recommend using them individually or together.

Lee said stimulants are quite safe and effective, but may not be equally beneficial for everyone and have some known side effects, including disruptions in sleep or appetite. He added the stigma surrounding medication also causes families to have concerns about the treatment.

“There’s definitely a scientific need for developing additional treatments for ADHD, especially those that occupy a different space than the psychosocial and the medications, which for children and adolescents are the predominant approaches,” Lee said.

With more research, the Monarch eTNS System could provide a new alternative for children who do not respond well to traditional medication, Loo said. She said a future step would be to compare the effects of the device to those of medication in a clinical trial and study the device’s long term effects.

“Within the ADHD community, I think there are people that have a lot of questions about whether it is appropriate to have FDA device approval after one study,” Loo said. “I think it’s a reasonable question to ask, and we are going to put a lot of energy and time into researching further so that we will have more complete answers to many of these questions.”