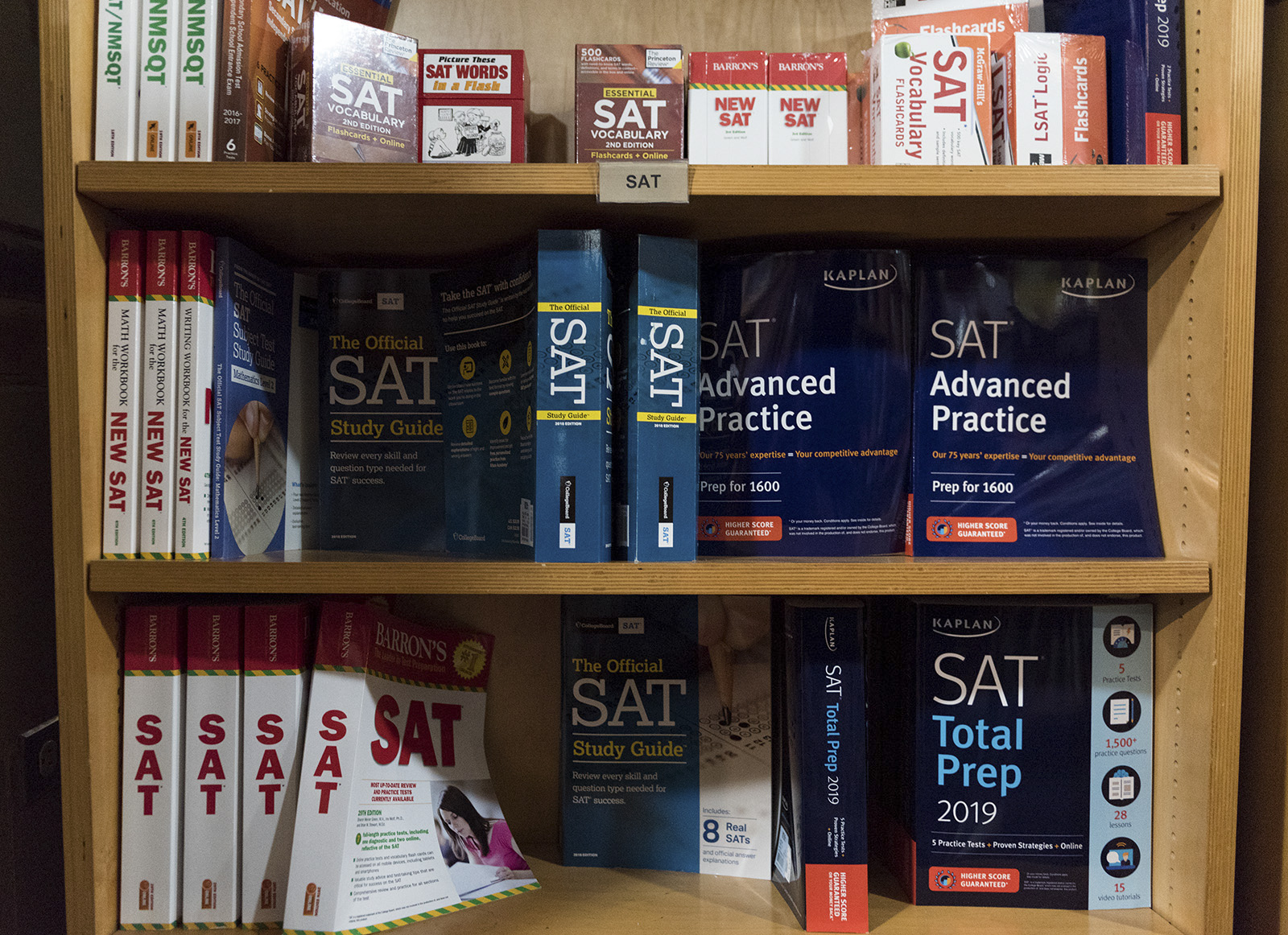 The College Board, a nonprofit organization that administers the SAT, announced it will implement the Environmental Context Dashboard, which has been referred to as an “adversity score” by other media outlets. The ECD aims to provide admissions applications readers with information on students’ communities and high schools, including family income, crime rate and opportunities for Advanced Placement classes. (Liz Ketcham/Assistant Photo editor)

UCLA professors and students said they do not think a new score that aims to provide context on the challenges students face will be immediately effective in increasing disadvantaged students’ access to higher education.

The College Board, a nonprofit organization that administers the SAT, announced May 17 it will implement the Environmental Context Dashboard, which has been referred to as an “adversity score” by other media outlets. The ECD generates a score, based on College Board data and national data from the United States Census and the National Center for Education Statistics, to provide context on students’ socio-economic and academic backgrounds as a supplement to SAT scores.

The ECD will not change the score the student receives on the SAT, Coleman said. He added the College Board has pilot tested the ECD at 50 colleges and universities, not including UCLA, and plans to expand it to more schools in 2020.

“The Environmental Context Dashboard shines a light on students who have demonstrated remarkable resourcefulness to overcome challenges and achieve more with less,” Coleman said. “It enables colleges to witness the strength of students in a huge swath of America who would otherwise be overlooked.”

Reports from schools that have pilot tested the ECD suggest the dashboard allows college admissions readers to recognize applicants who were highly disadvantaged, Coleman said.

“Providing additional contextual information about a student’s SAT score was found to more positively influence admissions decisions when readers were less familiar with the high school, and for students whose academic performance exceeded that of their peers by the widest margins,” Coleman said.

UCLA professors said while the ECD recognizes the nonacademic factors that influence a student, it is still in need of change.

Ozan Jaquette, an assistant professor in higher education at UCLA who was consulted on the creation of the ECD, said the dashboard is a reflection of decades of social science research. He said research on decision-making bias suggests admissions readers might credit a disadvantaged applicant’s lack of achievements to a lack of ability or effort when they know little about an applicant’s background.

“If you provide contextual information, then they attribute someone not taking a bunch of AP classes not due to their own personal lack of effort, but rather more to the educational context,” Jaquette said.

Tyrone Howard, an education professor at UCLA, said he thinks colleges have to improve their methods of assessing students, and that while the ECD is an improvement, it does not go far enough. Howard said his main concern is that the ECD does not consider the effects of race on a student’s education and background.

“Poverty matters and historical discrimination matters, and racism and sexism matters,” Howard said. “And I think for us to not think about those factors is a bit irresponsible.”

Howard said he thinks the SAT has historically failed to welcome a diverse population of students, and was designed to enforce racial superiority. He said colleges should come up with more creative ways of assessing students that better reflect their academic performance throughout high school.

“Students spend four years in high school,” Howard said. “That’s four years of data as opposed to one data point from one test that students sit down to take.”

“We need to think hard, we need to be honest about who has advantages and who still does not have opportunities,” Howard said.

UCLA spokesperson Katherine Alvarado said in an email statement the university considers the context of students’ educational opportunities and personal lives when evaluating their applications.

“The curriculum and counseling available in one school setting might vary significantly from school to school and we seek to ensure that we are evaluating that student in the context of opportunities available to them,” Alvarado said.

Alvarado added UCLA Undergraduate Admission will consider taking the ECD into account, and how that information might impact the way admissions readers review applications.

Students had mixed responses about whether the ECD could help students from low-income backgrounds.

Nayelly Sanchez, a second-year neuroscience student, said she thinks the ECD will help to diversify student populations, and help students from low-income backgrounds.

“For the admissions officers, getting to see the whole picture instead of just one part of it gives a better chance of (low-income students) getting accepted,” Sanchez said.

Naomi Riley, a second-year political science student and the Academic Affairs commissioner for the Undergraduate Students Association Council, said she has advocated for dismantling the SAT and ACT admissions requirement and she does not endorse the ECD because she does not think it will help disadvantaged people in the ways it has been proposed to.

“We’ve seen that people with money and people who have the means to will do almost anything to get their kids into … schools,” Riley said. “Just as easy as it is for people with money to pay for tutors, I feel like it’s just as easy to go around a lot of these barriers to (increase) their adversity score.”

Riley added she thinks colleges should come up with more creative ways of assessing a student’s merit and their potential to succeed, and the ECD does not account for individual factors that affect students’ achievements.

“I think the push towards the adversity score is kind of like standardizing and categorizing struggle, which I think is problematic in itself,” Riley said. “And I think it really generalizes people’s personal history and struggle and things of that nature.”

Jaquette said he thinks the effects of the ECD will be marginal because universities may still admit students based on how much they can contribute in tuition. He said even if universities admit the majority of low-income students one year, they may compensate for the loss in tuition revenue by admitting students from higher-income backgrounds the next year.

However, he said he thinks the ECD may become more effective once it undergoes further adjustments.

“It’s a way to focus on the merit of the applicant in light of the opportunities that were available to them, and ideally that’s what the Environmental Context Dashboard captures,” Jaquette said. “I don’t think it’s doing that quite yet, but I think that’s the idea, and that idea is a good one.”