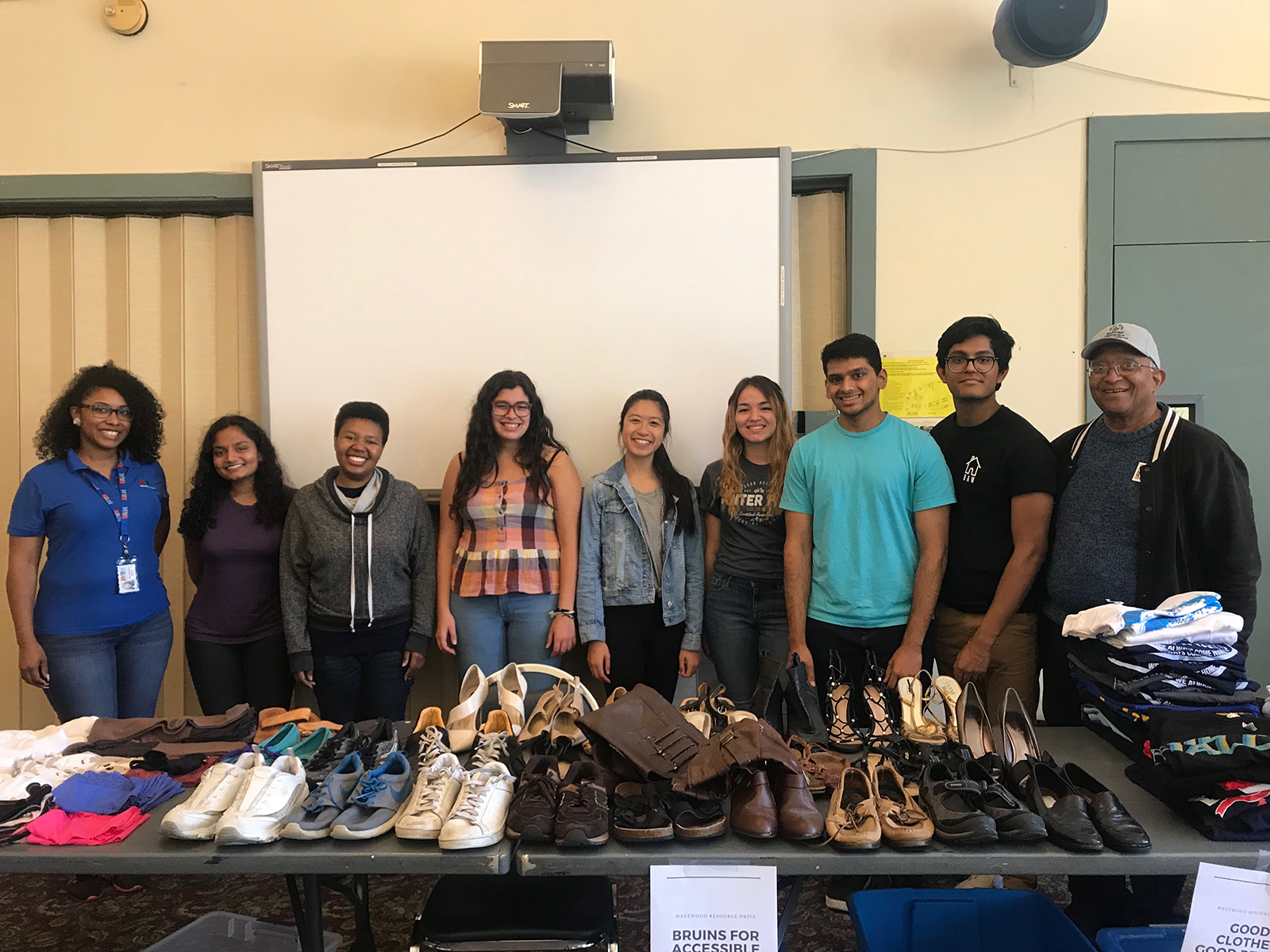 Bruins for Accessible Resources, a student organization which coordinates the efforts of homeless outreach programs on and off campus, held its first resource fair Saturday. It offered clothes, umbrellas and hygiene products donated by Good Clothes Good People, the Westwood Presbyterian Church and other groups. (Courtesy of Mark Jones, Sr.)

“Everyone around us (was) ignoring her,” he said. “And that just really struck me, and that’s why I decided, you know, I should do something about this.”

This led Menon, a third-year microbiology, immunology and molecular genetics student, to create Bruins for Accessible Resources, which coordinates the efforts of different homelessness outreach groups on and off campus to provide physical and mental health resources for homeless individuals in Westwood.

The organization, which was founded fall quarter, held its first resource fair Saturday using donations from Good Clothes Good People, the Westside Food Bank and several other charitable organizations. It offered resources ranging from clothes, shoes and hygiene products to umbrellas and tubes of chapstick.

Menon said although only a few people attended the fair, it was a good trial run.

“Since we’re just getting started, I think our next steps would be using this as a learning experience and figuring out how to improve,” he said.

The homeless population in Westwood is growing, said Mark Jones, Sr., the director of mission and outreach at the Westwood Presbyterian Church. Jones is also a board member of People Assisting the Homeless, a networking organization which also works to coordinate homelessness advocacy organizations with different focuses.

Homelessness in LA has increased even though the city has built tens of thousands of new homes over the past 30 years and support and advocacy for homeless individuals has increased, Jones said.

Menon said he and other UCLA students decided the best way to address the problem of homelessness in Westwood was to reach out to UCLA-affiliated and unaffiliated groups to coordinate their efforts.

“We realized that we shouldn’t try to reinvent the wheel, we should just collaborate with all these organizations and bring them to Westwood,” he said.

Sneha Thirkannad, president of GCGP and a second-year political science and study of religion student, said Bruins for Accessible Resources allows other groups to support homeless individuals in different aspects and consolidate their efforts.

“The (Westside Food Bank), you know, they focus mostly on food and we focus mostly on the clothes, and then another organization might do more hygiene products,” she said. “So bringing all of us together means that we can contribute each thing, but all things together, … that’s all of the different basic needs somebody may have.”

Thirkannad said GCGP hopes to continue collaborating with Bruins for Accessible Resources to put on more resource fairs in the future.

Jones said events such as the Bruins for Accessible Resources’ fair provide hope both to individuals affected by homelessness and those who want to help them.

“This event, and events like it, put a highlight on the need, and the desire to meet the need, on both sides of the equation,” he said.