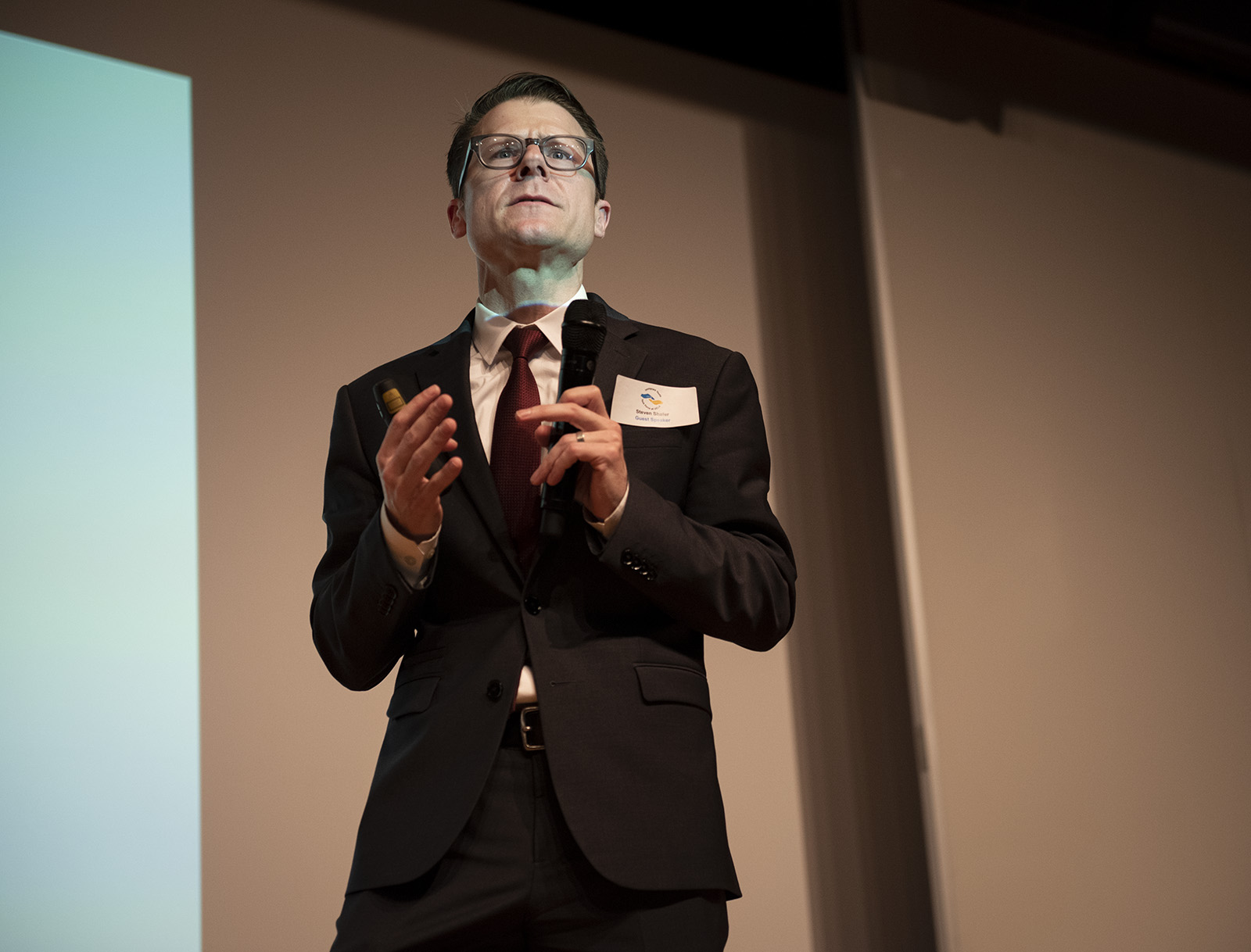 Lisa Gantz said her experience working with immigrant children at a detention center in Brownsville, Texas, inspired her to create a task force at UCLA dedicated to helping immigrant youths at the Mexico-U.S. border.

“After coming back to Los Angeles, I really tried to start looking around and see what was happening here at UCLA,” Gantz said.

Gantz, a former resident at the UCLA internal medicine program and co-founder of the Immigrant Youth Task Force at UCLA, helped organize the first Immigrant Youth Speaker Series, which the task force hosted Thursday. The task force is dedicated to supporting research, advocacy and outreach to address issues of family separation and the detention of immigrant children at the border.

Speakers from UCLA and Harvard University spoke at the event about the psychological and legal implications for children detained at the border.

Steven Shafer, supervising attorney for the Legal Orientation Program for Custodians of Unaccompanied Minors and a UCLA School of Law alumnus, said he thinks challenges to the Flores Settlement Agreement, an agreement that sets guidelines for how the U.S. government must treat all detained immigrant children, could be detrimental to the safety of those who are detained.

Katie McLaughlin, a Harvard assistant psychology professor, spoke about the neurological implications of childhood trauma and how the brain develops in response to threatening cues. She said although she’s not a policy expert, she thinks some policies that lead to unfair treatment of detained immigrants can cause preventable trauma.

“I see the policies that are being enacted as being engaged in enacting preventable trauma,” McLaughlin said. “I know we can be doing better.”

Gantz helped establish the Immigrant Youth Task Force at UCLA in January after receiving funding from the UCLA Pritzker Center for Strengthening Children and Families.

Juvonen said she partnered with Silvers to write the op-ed to prove that family separation at the border was a form of torture.

“It actually met the (United Nations) definition, of torture, which was quite striking … it was unbelievable how well it fits,” Juvonen said. “And then we use the psychological research to demonstrate how it fits that definition.”

Gantz then continued to reach out to other UCLA faculty from different disciplines and eventually created the task force as a collaborative project under the UCLA School of Law, the David Geffen School of Medicine and the UCLA Department of Psychology.

The task force aims to create a campus-wide database of faculty that are working on projects related to immigration, support student research that could benefit immigrant communities and host a speaker series for UCLA community members to learn more about the interdisciplinary aspects of immigration policy.

Students at the event said they had only recently heard of the task force, but said they thought its campus-wide approach to addressing issues affecting people in border detention centers was interesting.

Donia Hijaz, a fourth-year psychology student, said she thinks the interdisciplinary approach of the task force is necessary to address detention of children at the border.

“I think sometimes like when it comes to things like this, people don’t realize the consequences, so I think that this task force is demonstrating that by using these different disciplines,” Hijaz said.

Stephanie Aguilar, a fourth-year psychology student, said she thinks getting different perspectives from UCLA faculty could help the task force better inform others about immigration and immigration policy.

Gantz said the task force is continuing to expand and is looking to get more students in leadership roles.

“We’re just getting started, this is what we have going so far, but we’re really excited to get more students involved,” Gantz said.