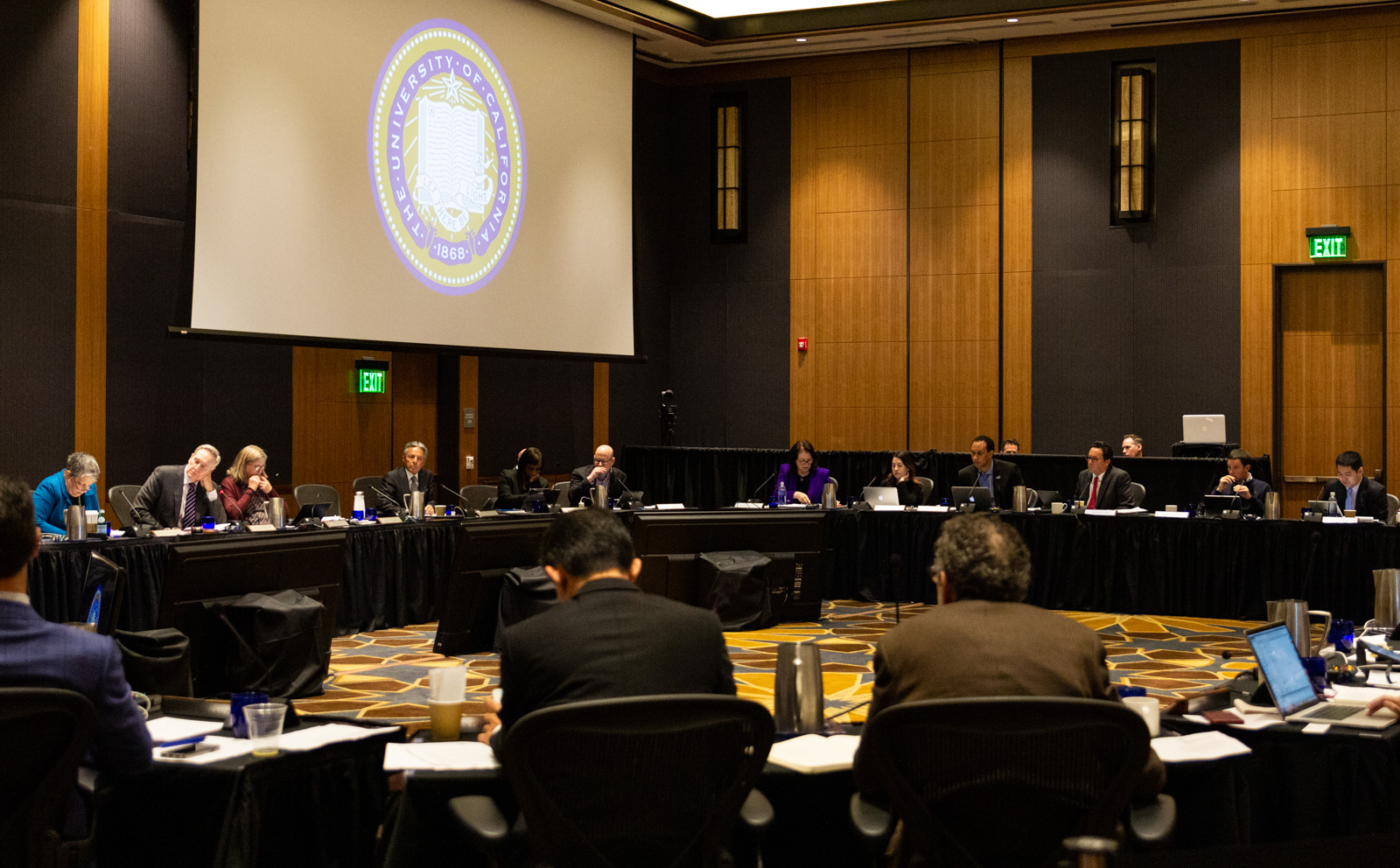 The UC Board of Regents voted to increase nonresident student supplemental tuition by 2.6% on the third day of its May meeting at UC San Francisco. The board tabled the vote in March after the council failed to come to a consensus regarding the tuition hike and its potential impact on international students. (Ashley Kenney/Daily Bruin)

The University of California Board of Regents voted to increase nonresident student tuition by $762 per year Thursday.

In March, the board tabled the vote after the council failed to come to a consensus regarding the tuition hike and its potential impact on international students. The board ultimately resolved to vote on the matter in May and request more funding from the state Legislature in the meantime.

UC President Janet Napolitano previously said failing to pass the tuition increase would result in a $30 million hole in the UC budget.

During the Thursday meeting, Napolitano said the regents added an amendment to allocate 10% of the revenue generated by the tuition increase to fund financial aid for nonresident students.

“Our needs are great,” Napolitano said. “Without this, we add another $30 million hole, and that will have an impact on the educational program we can provide for our undergraduate students, be they from California and be they from out of state.”

UCLA Chancellor Gene Block said he is glad the vote passed because the increase will expand core funds and educational programs for UCLA. The university has had to look for new sources of additional funding due to sharp cuts in state funding and increases in the size of its student body, Block said.

“UCLA has worked hard over this time to ensure student success and to improve graduation rates, but this can only be done if we ensure there are enough class sections and seats to avoid creating bottlenecks,” Block said.

Regent Lark Park said she had deep reservations toward the tuition increase because it would hurt low-income out-of-state and international students.

Fewer low-income international students have enrolled at the UC in recent years due to the increase in tuition, Park added.