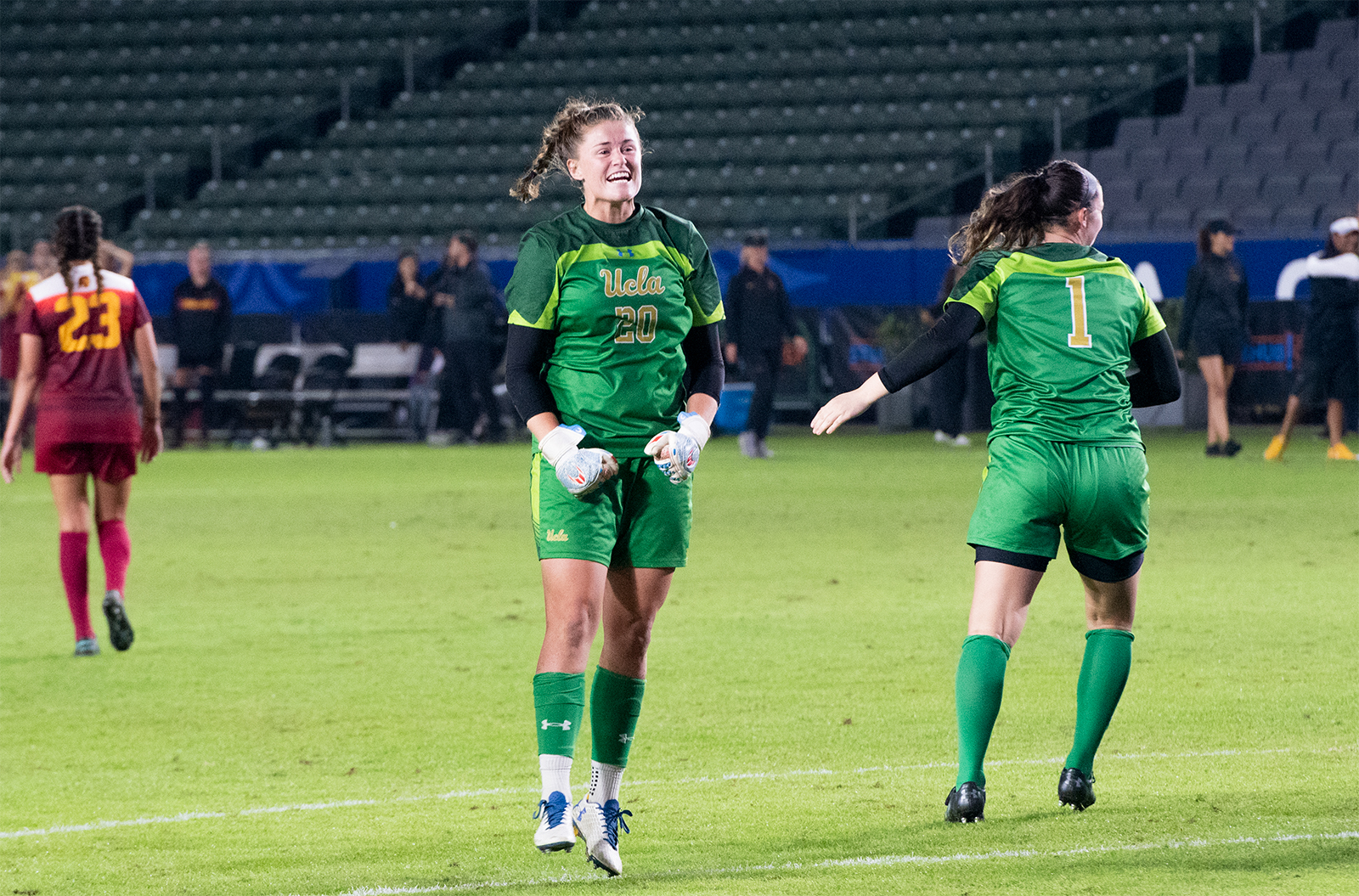 Junior goalkeeper Teagan Micah received a call up to be a part of the Australia 2019 Women’s World Cup squad. She played in 14 games across the 2018 season and recorded a 0.74 goals-against-average. (Alice Naland/Daily Bruin)

A group of former and current Bruins will take the international stage this summer.

UCLA women’s soccer had a group of former and current players make their respective international squads ahead of the 2019 Women’s World Cup. A number of squads have yet to be formalized ahead of the competition, which will start June 7.

Junior goalkeeper Teagan Micah was named to Australia’s World Cup team Monday. Micah started 14 matches in 2018 and allowed only 12 goals, finishing the season with 45 saves. Micah has recorded a 0.790 save percentage across her three years with UCLA and ranks fourth on the Bruins’ all-time list for career wins with 46. Micah was first called up to the Australian National Team for the final match of the Tournament of Nations in August 2017.

UCLA had a trio of former players named to the United States roster for the World Cup. Defender Abby Dahlkemper, midfielder Sam Mewis and forward Mal Pugh were all named to the squad by former Bruin head coach Jill Ellis – marking the first time each of the three made a World Cup roster.

Dahlkemper has collected 37 appearances at the national level since 2016. Dahlkemper was the Bruins’ first winner of the Honda Award in 2013 after leading the defense to the NCAA championship. She currently plays for the North Carolina Courage and was named the National Women’s Soccer League Defender of the Year in 2017.

Mewis claimed the Honda Award with UCLA in 2014 and was named the espnW National Player of the Year and Pac-12 Player of the Year that same season. She posted 28 goals and 29 assists across her career with the Bruins. Also a member of the NC Courage squad, she was a finalist for the NWSL MVP award after the 2018 season. Mewis has made 47 appearances at the international level, recording nine goals.

Pugh only played three spring games for UCLA in 2017 before turning professional. She was 17 years old when she made her debut for the U.S. Women’s National Team in 2016 and scored in her first game. Now 21 years old, Pugh has compiled 15 goals in 50 appearances for the U.S. and plays professionally for the Washington Spirit in the NWSL.

Forward Rosie White was named to the New Zealand national team roster. White finished her career with the Bruins with 17 goals and 12 assists from 2011-2014. This tournament marks the third time she has made the New Zealand World Cup roster.

Canada coach Kenneth Heiner-Møller will select his final 23-player Women’s World Cup roster in the week following their final warmup match May 18. Junior midfielder Jessie Fleming has made 63 appearances for Team Canada and has recorded seven goals and four assists. Fleming has recorded 22 goals and 18 assists across 50 starts for UCLA and was nominated for the Honda Award after the 2017 season.

World Cup play will run until July 7. The competing teams at the tournament will finish up their warmup matches before they travel to France.