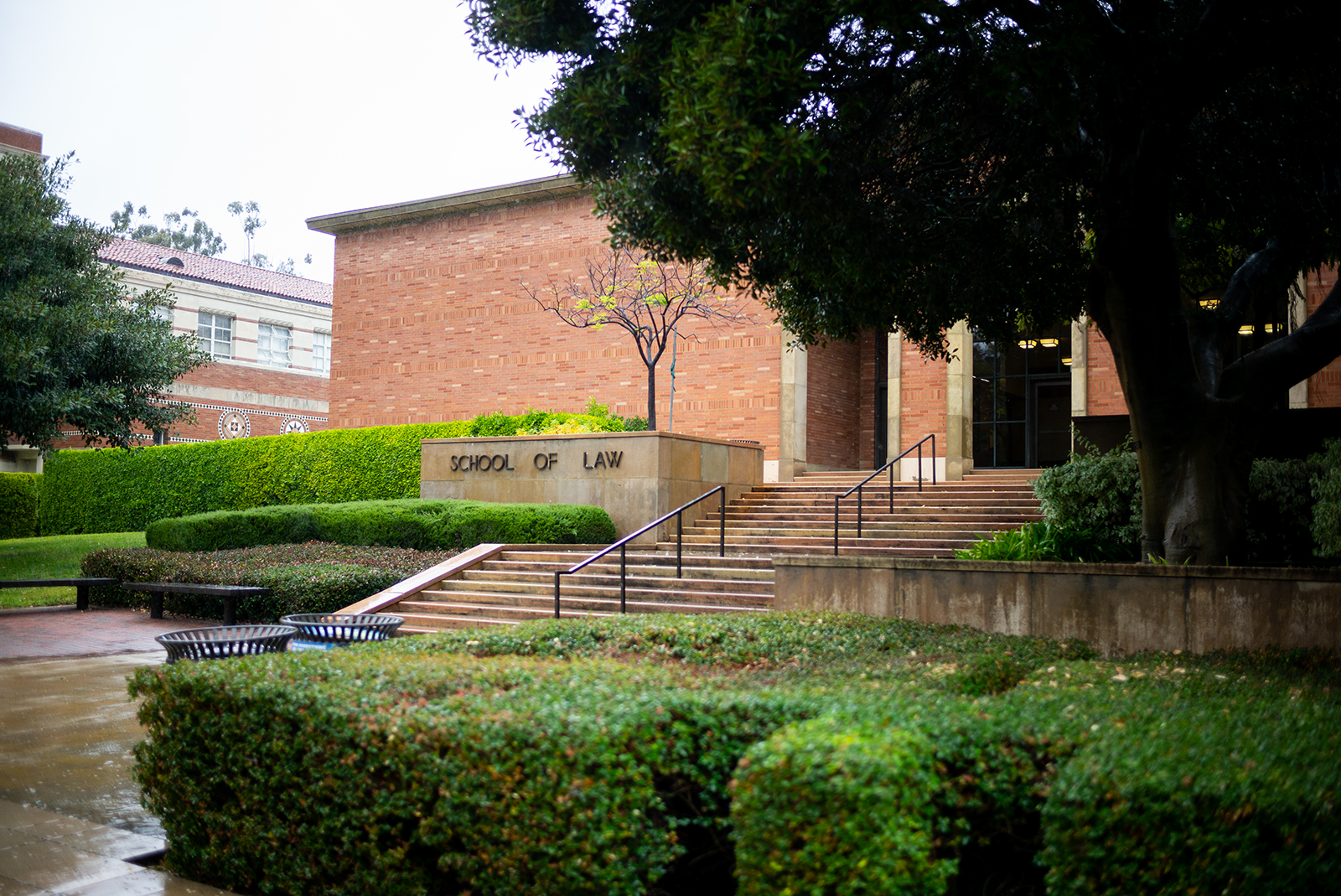 According to the most recent Law School Climate Survey survey, UCLA School of Law may have the highest number of openly LGBTQ faculty members with 14 in total.

UCLA School of Law may have the most openly LGBTQ faculty members compared to other law schools in the United States, according to a recent survey.

The UCLA School of Law self-reported it had 14 openly LGBTQ faculty members, the highest number of faculty members of all the schools that responded to the survey, said Judi O’Kelley, chief program officer for the National LGBT Bar Association and Foundation.

O’Kelley said she thinks there are several reasons why UCLA’s number of openly LGBTQ faculty is higher than that of other schools, such as annual scholarships that support LGBTQ students and policies that aim to address incidences of anti-LGBTQ bias and ensure equal treatment of LGBTQ individuals.

The survey asked each law school 19 questions that assessed the services or accommodations they offer to LGBTQ students, such as offering gender-inclusive bathrooms, allowing transgender students to use their name of choice and offering courses about LGBTQ issues.

O’Kelley said the data suggests law schools across the country are generally willing to stand by their LGBTQ community members and provide a welcoming atmosphere.

Brad Sears, the associate dean of public interest law at UCLA School of Law, said UCLA law strongly advocated for LGBTQ rights since before the 1969 Stonewall Riots, during which members of the LGBTQ community demonstrated against a police raid in New York City.

He added UCLA law professors and scholars were some of the first openly gay tenured faculty members of any law school in the country.

However, O’Kelley said it is necessary to know the size of each school’s faculty in order to effectively compare the data from each school. She said she has not fully confirmed whether UCLA has the largest openly LGBTQ faculty nationally.

She said the survey may also underestimate the number of schools with openly LGBTQ faculty, as some schools may not collect information on their faculty’s sexual orientation and gender identity.

“It’s possible that a good number of schools do have (a number of openly) gay faculty but are not asking and hence don’t know,” she said.

She said the survey ultimately aimed to encourage diversity in law and to provide greater support for LGBTQ and allied legal professionals at law schools.

Emily Merel, a second-year law student and member of the organization OUTlaw, a student group that advocates for LGBTQ students at UCLA’s law school, said she is glad UCLA law has continued to address issues regarding sexual orientation and gender identity.

However, she said she thinks UCLA could do more to make LGBTQ individuals feel more included.

“There’s absolutely more that can be done because we wouldn’t have this working group if we were perfectly happy with what we have now,” she said.

She said she was excited to hear that UCLA has a high number of LGBTQ faculty but added this does not mean all those scholars are focused on LGBTQ issues. She said she thinks many openly LGBTQ faculty members aren’t publicly advocating for these issues and aren’t very accessible to LGBTQ students for mentorship or support.

She added she thinks UCLA’s high number of openly LGBTQ faculty indicates how important it is for UCLA and other law schools to continue making themselves more inclusive of the LGBTQ community.

“It makes me really sad overall that we are the leader, and it makes me shudder to think what it’s like to be a LGBTQ student at any other law school,” she said.

Despite this, Sears said UCLA law has made several advancements in support of LGBTQ students in the last 50 years.

“UCLA law has made substantial investment in sexual orientation and gender identity law and policy with the founding of the Williams Institute in 2001, long before the majority of Americans supported LGBT rights,” he said. “It (is) therefore not surprising that out-LGBTQ faculty and students continue to make UCLA law their academic home.”