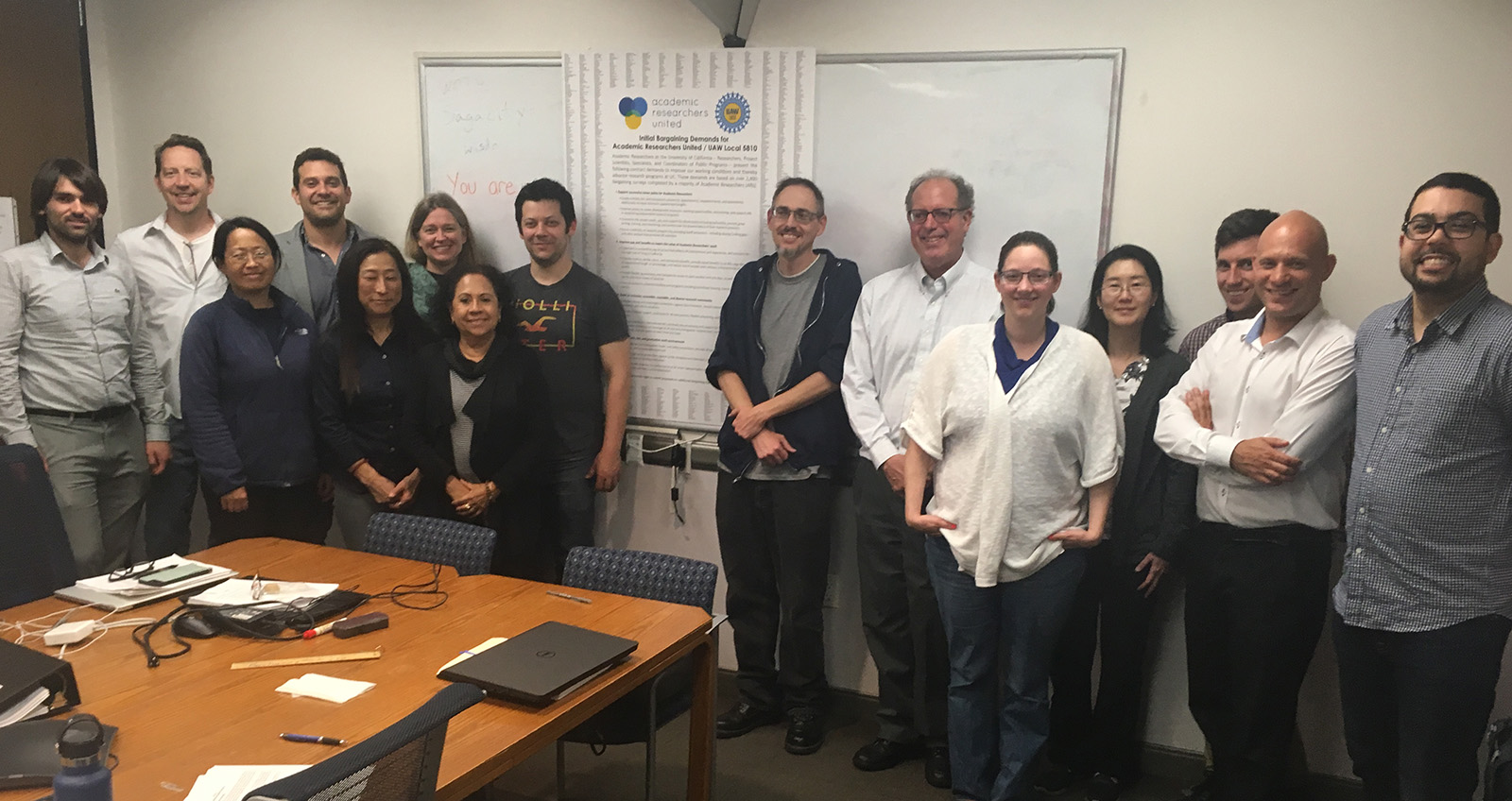 University of California academic researchers requested support for immigrants, family friendly policies, greater salaries and discrimination protections during its first negotiations with the UC on Tuesday.

The union is requesting greater stability for international academic researchers through timely visa processing and support for researchers to become full-time residents, according to its initial bargaining demands.

“Having a union contract that protects job security and provides other measures mitigates these things coming down from the federal government,” Sweeney said.

Sweeney said most academic researchers are parents and find it difficult to remain in their fields without paid parental leave, flexible scheduling and paid child care.

“Recent studies found that 43% of new moms in science end up leaving the field within one year, and also, for dads, the numbers are as high as 25%, so it’s really hard to be parents in science,” Sweeney said.

Sweeney said the union wants competitive salaries that also account for the high cost of living in California.

Gerard Ariño Estrada, a member of the ARU bargaining team and a UC Davis assistant project scientist, said research is often funded by grants and academic researchers sometimes have to seek out their own sources of funding for their projects.

Estrada added the union would like to establish programs that provide compensation during funding gaps, so researchers can put all of their energy into their work instead of trying to figure out how they will manage during funding gaps.

“(These programs) would benefit researchers and also benefit the University because we’ll have an improvement both in the quality of the research and the quantity in terms of attracting more funding,” Estrada said.

Sweeney said academic researchers also want control over the dissemination of their research products, including their papers and potential patents. He said he thinks the UC and the union both want to give researchers more control over their publications, as evidenced by the UC’s recent decision to not renew their contract with Elsevier, the world’s largest scientific publisher, over demands to make access to UC research free.

Sweeney said the union would like to establish a grievance process to resolve issues related to discrimination.

Sweeney added he thinks the UC does not complete its investigations in a timely manner and does not provide an independent appeals process for discrimination claims. He added a grievance process would require the UC to follow a strict timeline and would allow employees to file appeals with a neutral third party.

The UC and ARU will continue negotiating May 29 at UC Davis.