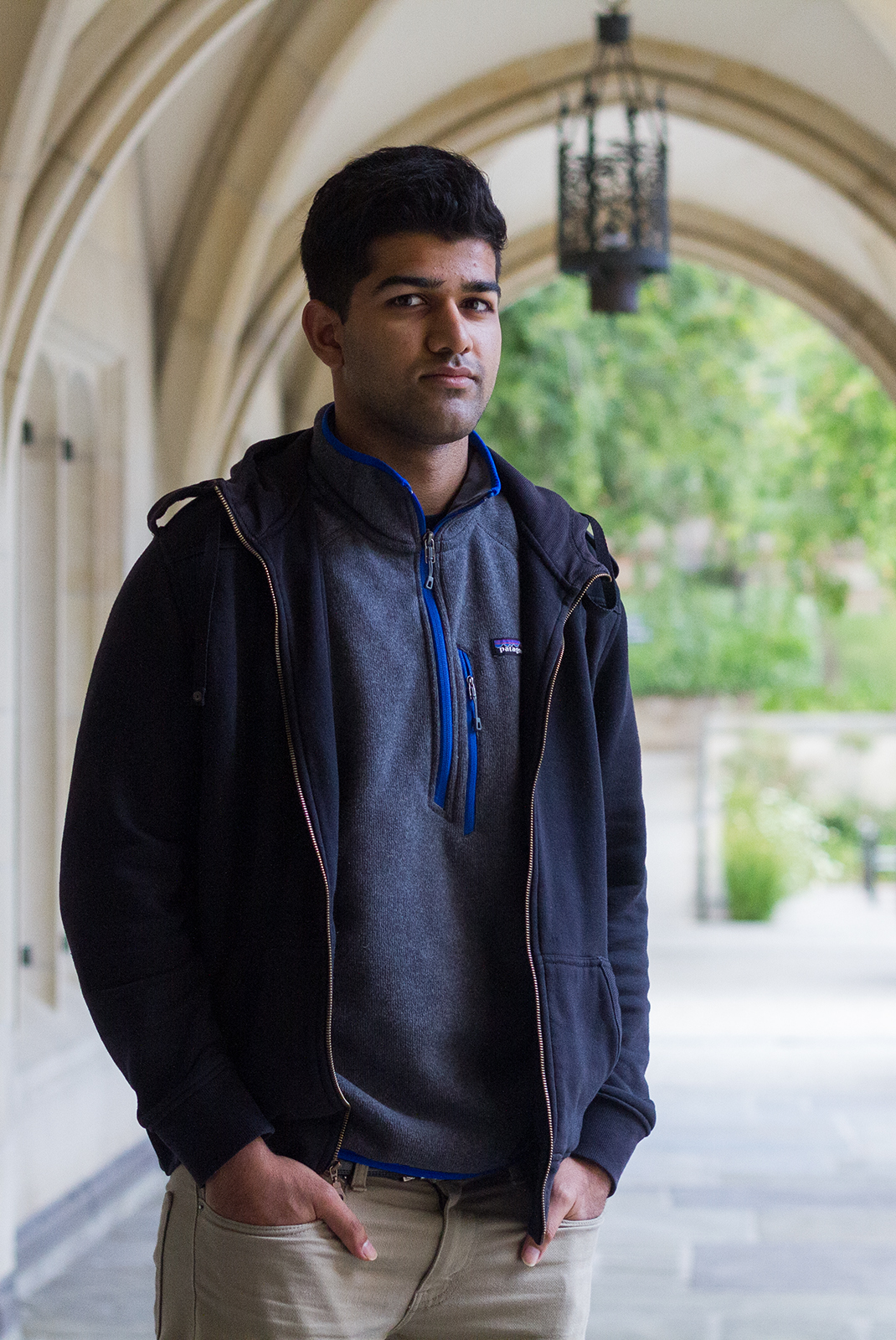 When Nathan Mallipeddi was in high school, people mistakenly thought he lacked confidence because of his stuttering.

“There’s a stigma that you’re not confident, you’re nervous – that’s a problem because for me, because when I was growing up and had to give a presentation, I wasn’t scared of people but everyone thought I was because I stuttered,” Mallipeddi said.

This prompted Mallipeddi, a third-year political science and biology student, to found the Southern California Stuttering Service in May 2017. He said the organization aims to help those who stutter through speech therapy, workshops and support groups.

Mallipeddi said growing up without resources to treat his own stuttering inspired him to help others access speech therapy.

“There are millions of students who stutter who are not receiving the support they need,” he said. “I wanted to see if there was something I could do, no matter how small, about something I was passionate about.”

Speech therapy is generally not covered by health insurance and is too expensive for many families to pay for out of pocket, Mallipeddi said. The organization partners with speech therapy clinics across the country, connecting students in need of therapy with those clinics and helping students pay for the cost.

The organization also hosts workshops and support groups at local high schools featuring adults in the workforce who stutter.

Mallipeddi said these workshops aim to teach people who stutter how to advocate for themselves and to show them they can succeed professionally despite their stuttering.

“Once you get to college and the workforce, it’s not like school where people go out of their way to get you help – you need to be proactive about it,” he said.

Mallipeddi said he thinks having support groups for people who stutter helps them feel less isolated in their struggles, which is how they may feel if few people around them deal with the same issue.

“It really gets you away from the path of loneliness and depression, because there are so many people like you, and in support groups they all come together,” he said.

Joee Gutierrez-Conrad, a second-year physiological science student who stuttered while growing up, said she would have liked to have a support group of fellow people who stutter while in school.

“I felt isolated and alone and embarrassed,” she said. “Knowing that there are others who stutter would have helped me and made me feel that it’s normal and that I’m not alone in it, that I’m not the only person on Earth who stutters.”

Mallipeddi received $15,000 in April 2018 from the Donald A. Strauss Scholarship Foundation, which he said he plans to use to fund speech therapy. He said he also received an additional $15,000 from investors in Silicon Valley.

Jennifer Wilson, Mallipeddi’s mentor for the Strauss Foundation scholarship, said in an email statement she thinks Mallipeddi is driven and compassionate.

“His personal experiences, the comments and support of his professors and mentors, his clear passion and dedication all show not only a fine student but also a man of emotional maturity who is already on the path to giving a voice to the voiceless,” Wilson said.

Mallipeddi said receiving the scholarship assured him his work was meaningful and important to people.

Gutierrez-Conrad said she thinks organizations such as Mallipeddi’s could help reduce the stigma associated with stuttering.