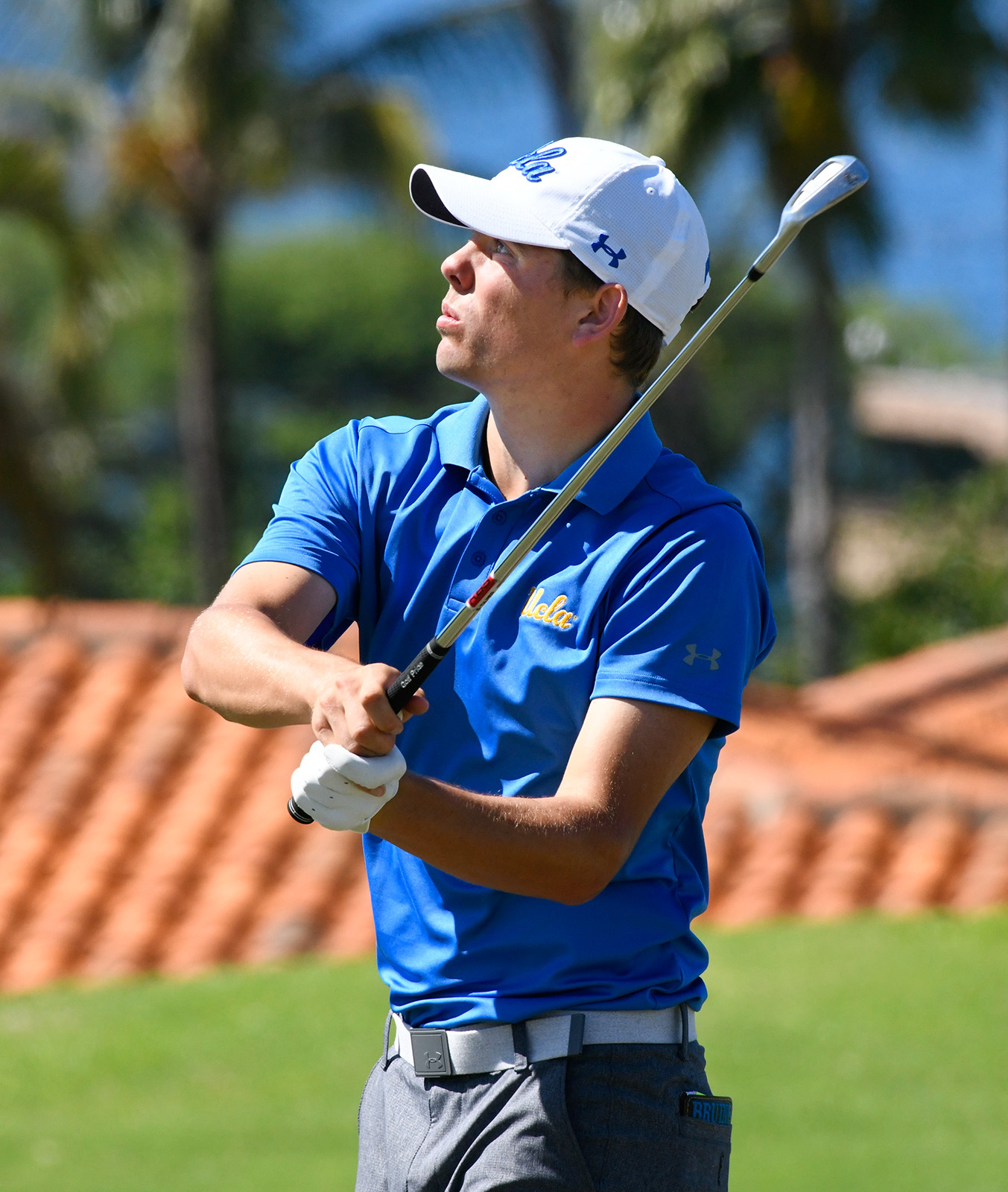 Senior Patrick Murphy tied for third place in UCLA’s final regular season event of the year and finished 14th at Pac-12s. Murphy was the fourth-highest finishing Bruin at the Pac-12 championship, tying for 14th. (Courtesy of Ka’anapali Golf Courses)

The Bruins are the lone Pac-12 team headed to Pullman, Washington, for NCAA regionals.

UCLA men’s golf earned the No. 5 overall seed for the second year in a row to send them into the Pullman Regional at Palouse Ridge Golf Club. Two teams joining the Bruins in the 14-team field will be No. 1 Oklahoma and No. 2 Georgia Tech. After 54 holes of play, the top five teams from each region will compete in the NCAA championship, held in Fayetteville, Arkansas, from May 24 to 29.

Coach Derek Freeman led UCLA to its second NCAA championship in program history when it beat out Stanford by one stroke in 2008. At the 2018 NCAA regionals, the Bruins finished fourth with a 2-over 866, with then-freshman Devon Bling tying for eighth with a 5-under 211 and then-junior Cole Madey finishing with a 2-under 214.

Senior Patrick Murphy said the Bruins, with two wins and a runner-up finish in April, feel confident heading into potentially the last tournament of the year.

“We’re in a really good place and excited to compete at regionals,” Murphy said. “As a team, when we compete, our small mistakes are magnified in bigger events and I think we struggled with that in the fall. We (have been) working on … staying present, and I think that’s when we see our best results.”

Sophomore Eddy Lai said he has seen positive energy throughout the team, with a major shift from the beginning of the season through the Pac-12 championship.

“We all feel really really good right now and our confidence is where it should be,” Lai said. “At the beginning of the season, we always thought that we were supposed to be one of the top programs in college golf, but we didn’t play as well as we wanted to. Towards the end of the season, we started to gel together and play at the right time and I think that’s (what) helped us.

Lai said line putting was a major focus in practice leading up to the tournament because of the typically fast and blind greens on Washington State’s home course.

Freeman said the Bruins struggled with a slow start to the season, and their upward trend was due to resilience.

“First of all, we have a really long season,” said Freeman. “There’s a lot of ups and downs and I try to tell the guys to stay patient, to stay consistent, to not give up, put in the work and do the things that we have control over. I think that it takes teams longer to get into the feel and successful habits that they have; the guys have really started to gel together, and they’ve had a really successful spring. Our guys are excited and they’re ready; these are the toughest three rounds of the year and I think that their games are in good places.”

The Bruins will play at Palouse Ridge Golf Club in Pullman, Washington, for the NCAA regionals from May 13 to 15. 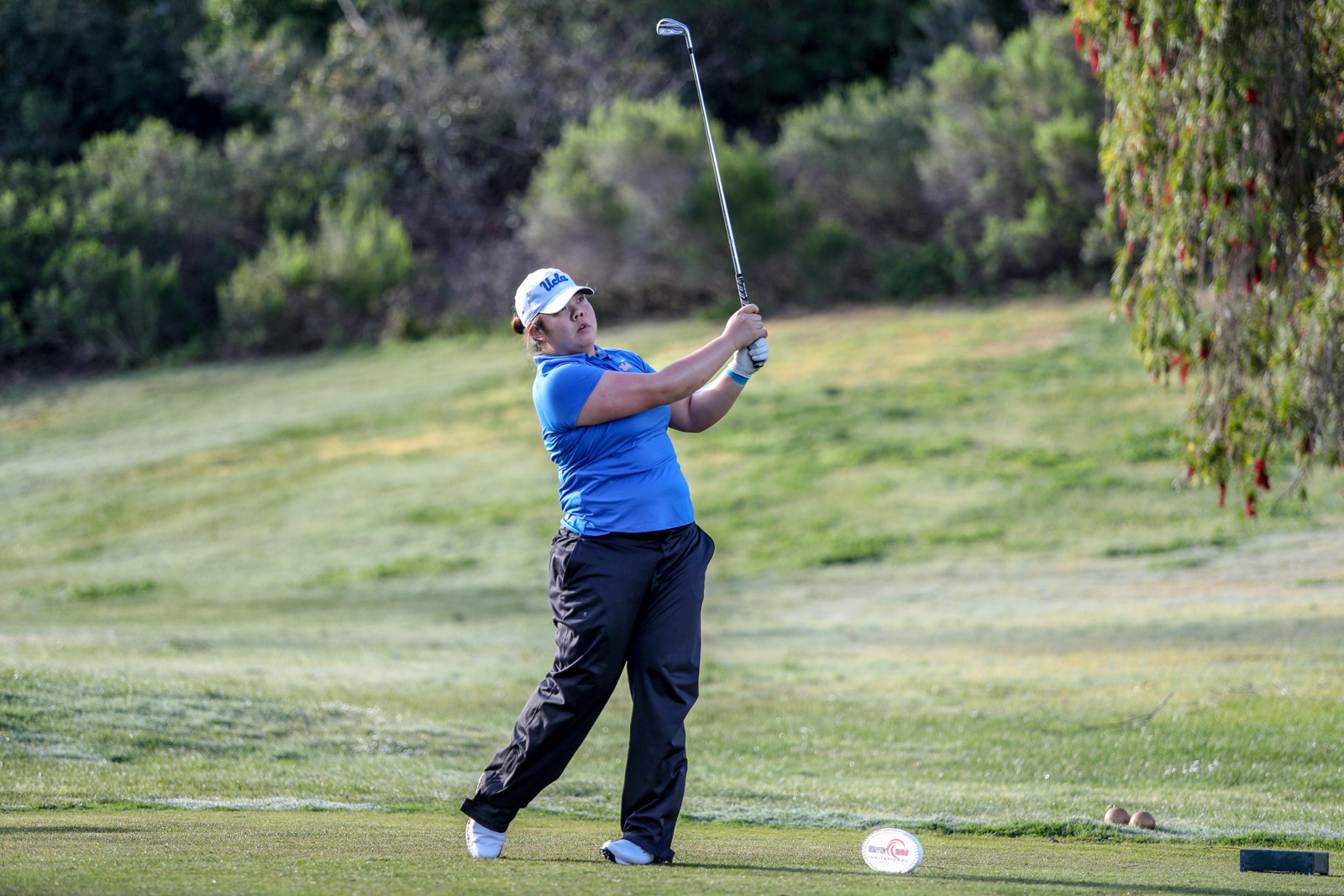