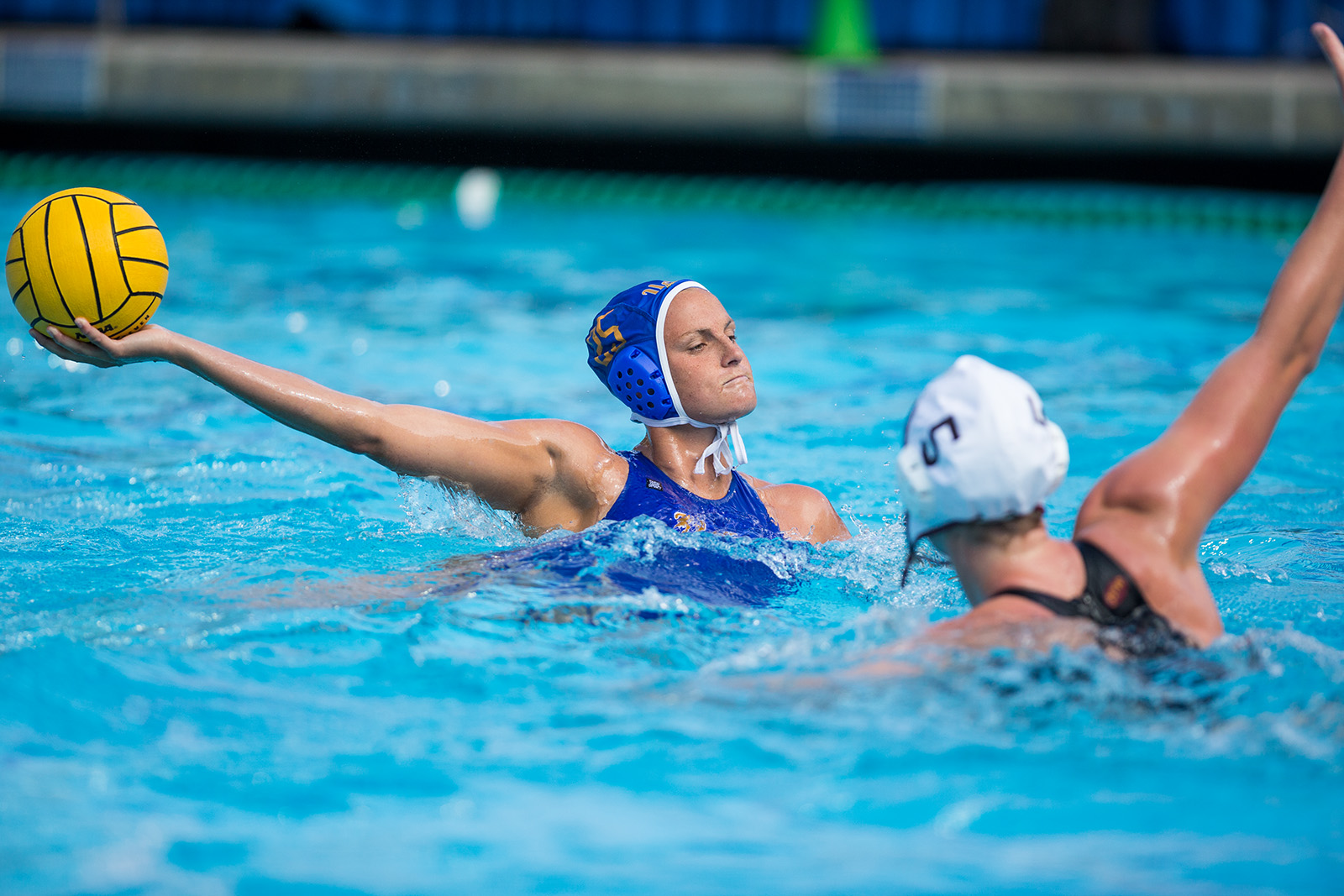 Junior attacker Bronte Halligan has found the back of the cage 31 times on the season – good for third best on for UCLA women’s water polo. The Bruins will take on the Wolverines in the NCAA championship quarterfinals at Stanford, California, on Friday. (Andy Bao/Daily Bruin)

The Bruins have been training for this weekend since they earned their spot in the tournament at the MPSF championship.

Regardless of the two wins, junior attacker Bronte Halligan said Michigan will still be a tough team to beat.

“It’s never easy going into an NCAA tournament against any opponent,” Halligan said. “It’ll be interesting facing Michigan, but we have looked at film, done our scouting reports, been practicing, so we are ready to face them.”

Coach Adam Wright said that, when preparing for the NCAAs, it’s about keeping things consistent.

“It’s really what we’ve been doing the whole year, refining it,” Wright said. “Clearly from the conference tournament, we have had an opportunity to work on our consistency.”

Junior attacker Maddie Musselman echoed Wright’s sentiment, saying that the mantra going into this weekend is about keeping things consistent as a team.

“We have been starting off our games pretty poorly,” Musselman said. “The beginning of the game is really key for us, and (Michigan) is a really fast team that we definitely cannot sleep on.”

Michigan is just the first stop for UCLA in the NCAA tournament, but Wright knows the Bruins will also have to be prepared for the teams they may face after the Wolverines.

In order to do that, Wright said the team has been working on its overall game and cleaning up some of the weaker areas.

“We have spent a lot of time this year on our 6-on-5, 5-on-6,” Wright said. “Working on how we rotate, what are our blocking responsibilities. And when we do it the right way, we present opportunities.”

Musselman also noted that this weekend will be about learning from the MPSF tournament.

“We’ve been watching video and getting better at the little things,” Musselman said. “All the fundamentals are going to be super huge for us this entire weekend.”

In the championship, UCLA won against Arizona State and Cal but lost to USC, forcing the Bruins to settle for a third-place finish. UCLA did earn a NCAA bid with the finish, however.

In the MPSF championship, Musselman earned a spot on the All-MPSF First Team for the third year in a row, and Halligan was acknowledged for the All-MPSF Second Team. However, they both said that this recognition won’t be affecting their game this weekend.

“It’s incredible to be recognized for the award,” Halligan said. “But I didn’t come here to be an individual, and I think no one at UCLA is like that. Here, we are all about the team.”

UCLA will face Michigan in the first round of the NCAA tournament Friday at 5:15 p.m. at the Avery Aquatic Center in Palo Alto, California.