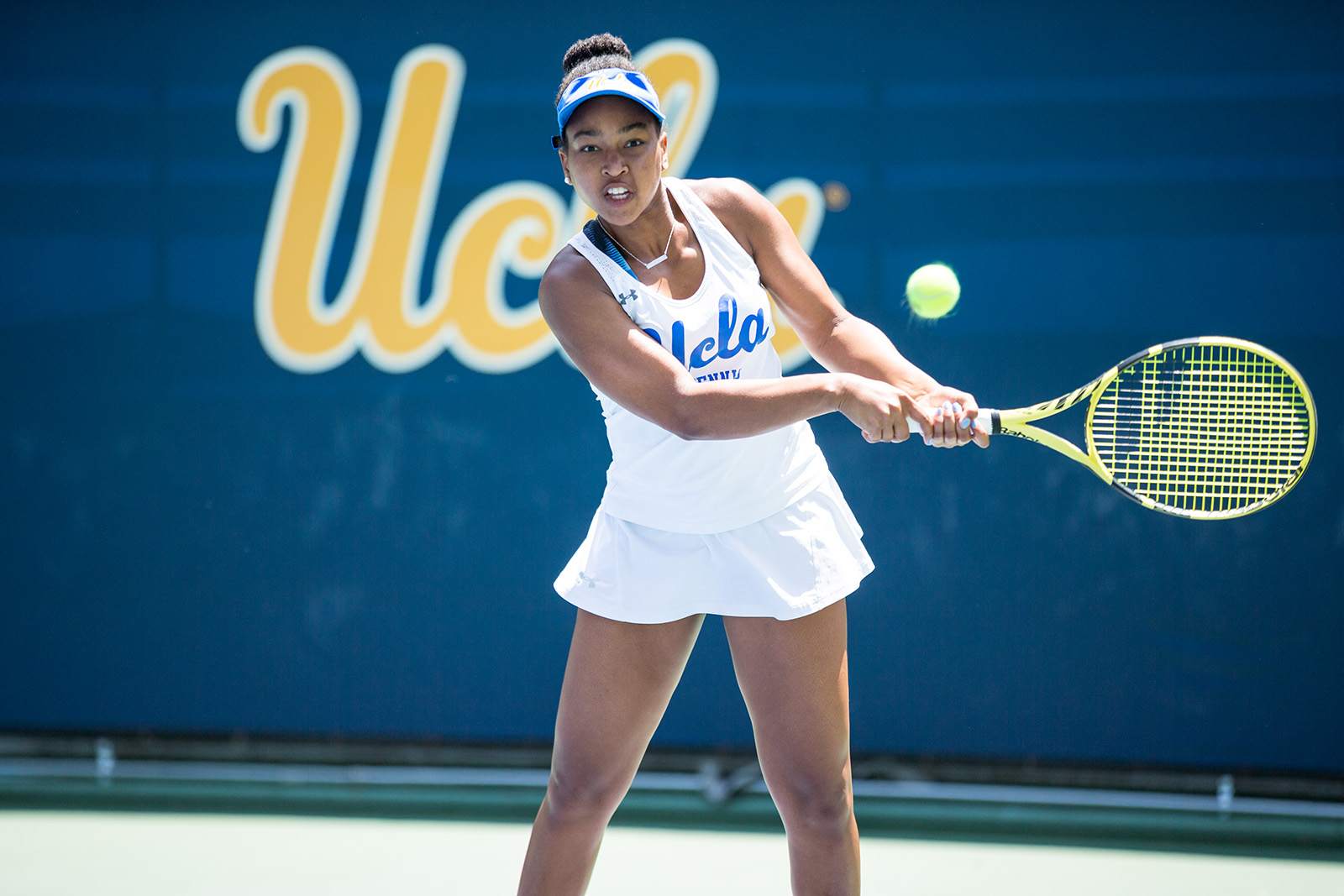 Redshirt junior Jada Hart said it’s always hard beating a team a third time. But Hart said for her personally, she will be focused on her singles play when UCLA women’s tennis take on Washington at home Friday in the NCAA championship round of 16. (Andy Bao/Daily Bruin)

Two of the four remaining Pac-12 teams are set to face off.

“We know how they play and they’re a good team,” said senior Gabby Andrews. “I think if we just take our confidence from (last weekend) and ride it, we should be fine.”

It will be the third matchup between the Bruins and Huskies this season, with the previous two meetings ending in favor of UCLA. Those two defeats accounted for half of Washington’s total losses this season.

“It’s definitely difficult to have to beat a team for the third time,” said redshirt junior Jada Hart. “Both times we’ve played them they’ve been really tough, and so for me individually it’ll simmer down to singles.”

Less than two weeks later, the Bruins toppled the Huskies 4-3 in the semifinals of the Pac-12 tournament. The Bruins were leading 3-0, but the Huskies came back to knot it at three apiece. A strong effort from senior Ayan Broomfield clinched the match on court three with a 3-6, 7-6 (5), 6-1 win against Katarina Kopcalic while battling a knee injury.

Both teams have two top-100 players in their singles lineup. The three duos that UCLA has used in the NCAA tournament are ranked in the top 100, while Washington has one.

“There’s going to be a lot of energy and a lot of emotions in the match,” said coach Stella Sampras Webster. “I know both teams want to go to Orlando. … The better team will win.”