Caffeine could boost development of solar panels with greater efficiency 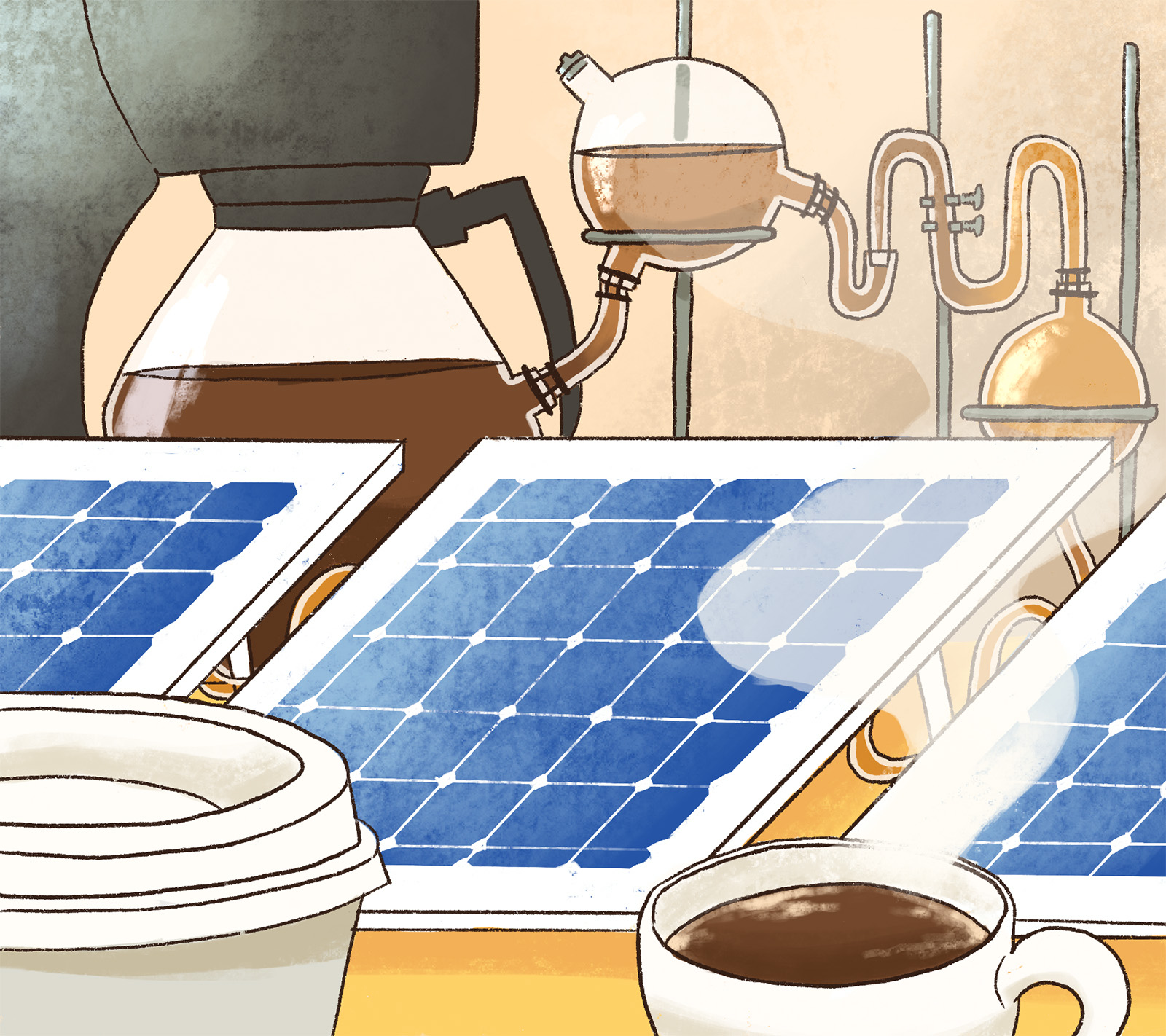 UCLA researchers found caffeine might improve the stability of a new material for solar panels.

Yang Yang, a UCLA professor of material science and engineering who led the research, said his team has been studying a solar cell material called perovskite for six years as an alternative power conversion material to traditional silicon solar cells. Solar cells are parts of solar panels that convert light energy into electricity. Yang’s team recently discovered caffeine could improve the stability of perovskite, which could push the material closer to commercial usage.

Yang said that compared to conventional silicon solar cells, perovskite solar cells are cheaper to develop and have the potential to convert solar energy to usable energy more efficiently.

“The preparation of perovskite is very simple. We dissolve it into liquid and paint it on a plane, and the perovskite film will form in seconds,” Yang said. “However, growing silicon crystal requires costly technology and high temperature.”

Although perovskite is an attractive option for solar cells, the material is unstable under heat and moisture and cannot last 20 to 30 years like conventional materials can, Yang said.

Rui Wang, a UCLA graduate student on the research team, said he began to wonder if caffeine could increase the stability of perovskite materials while he was drinking coffee with a colleague.

“I drank about three cups of coffee in a day and noticed that the boiling degree of caffeine is 300 degree Celsius, which is higher than the operational degree of a solar cell,” Wang said. “I googled the structure of caffeine and found two special structures in the molecule that were known to make perovskite stable, so we tried it.”

“The reason behind this increase in stability is that certain structures of the caffeine molecules binds to the perovskite molecules,” Xue said. “This means that the decomposition of perovskite molecules requires more energy, which slows down the crystallization process to form more stable crystals.”

Wang said the team will work on increasing both the stability and the efficiency of perovskite solar cells to make them ready for commercial use in three to five years.

Yang said the team will also look for more materials that share similar structures with caffeine that might further increase the stability of perovskite.