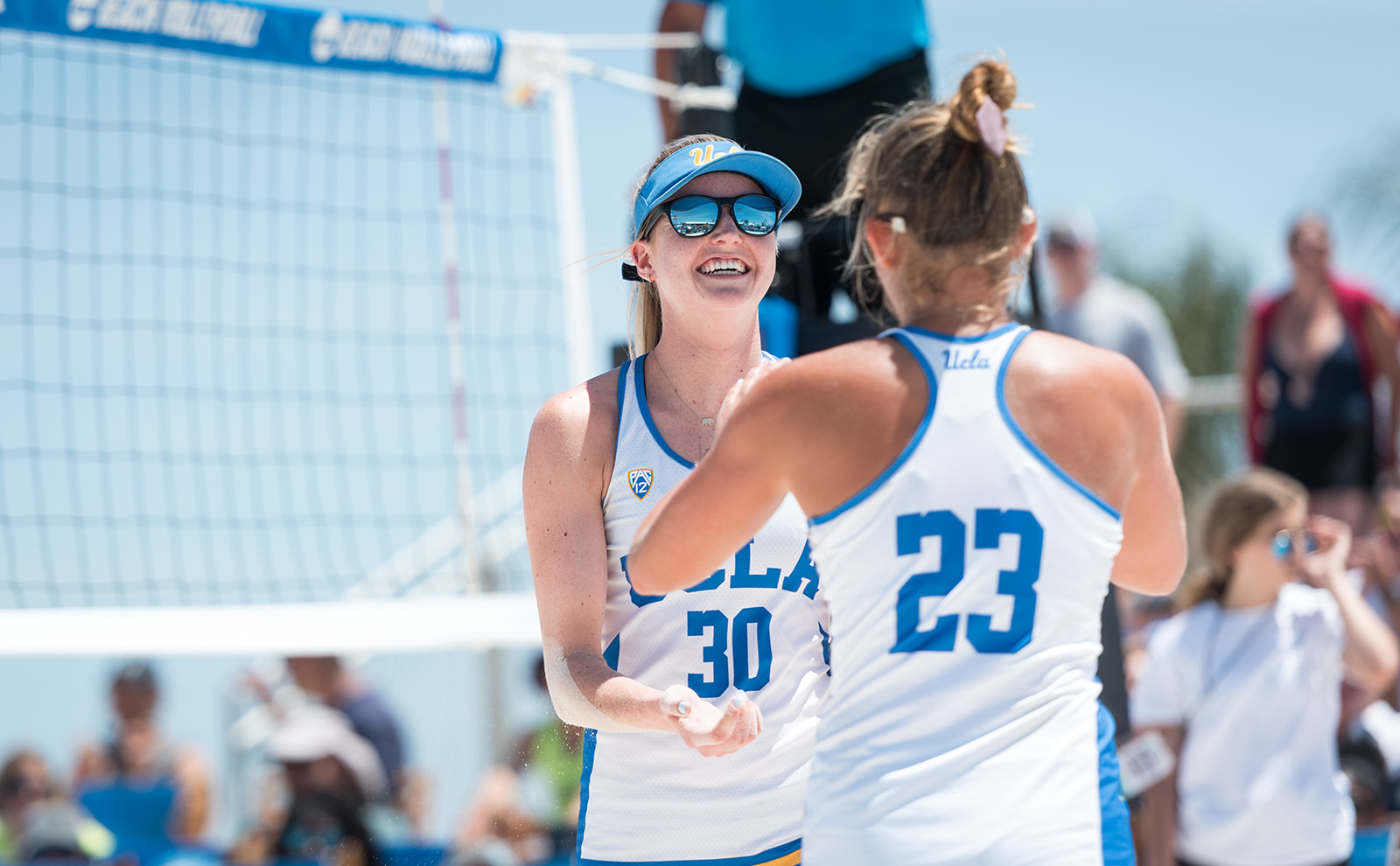 By Joy Hong and Jack Perez

The Bruins defended their national title and picked up a few awards.

UCLA beach volleyball ended their season with two duos being named to the NCAA All-Tournament Team for their play at the NCAA championship in Gulf Shores, Alabama.

Senior Izzy Carey and freshman Lindsey Sparks were given the honor after going 4-0 in Gulf Shores and only dropping one set in the final tournament. They were the only pair to finish all four of their games at the NCAA championship.

Carey and Sparks were also named UCLA/Muscle Milk Student-Athletes of the Week after finishing postseason play with a 9-0 record. Carey is the all-time leader in wins for the Bruins with 123, and she also set a UCLA record with 36 wins this year, one more than then-juniors Nicole and Megan McNamara had in 2018.

The pair went 27-2 this season with all of their games coming on court five. Their 93.1% win rate is a new UCLA record for a pair in a season.

Also making the NCAA All-Tournament Team was freshman Abby Van Winkle and senior Zana Muno. The two of them clinched the final win over USC and went 3-0 in the championships with one match truncated.

Van Winkle and Muno had lost to Trojan pair Haley Hallgren and Alexandra Poletto three straight times, including twice in straight sets in the Pac-12 championship just a week before the NCAA championship. They shook off their recent history and bounced back to give UCLA its 117th NCAA title.

With the NCAA season over, USA Basketball is underway.

Sophomore forward Michaela Onyenwere competed in the USA Basketball Women’s 3×3 National Championship Minicamp last weekend, and will try out for the 2019 Pan American Games roster from May 16 through May 20.

Onyenwere – who averaged 18.3 points and 8.5 rebounds in the Bruins’ Sweet 16 run – was one of seven Pac-12 athletes selected for the tryout.

The Colorado native was one of 36 athletes invited and will return home to Colorado Springs, Colorado, to compete for a spot on the 12-member team in two weeks. The selected roster will compete from Aug. 6 through 10 in Lima, Peru.

Incoming freshman guard Charisma Osborne was one of 30 athletes invited to try out for the Women’s U19 World Cup Team. Should Osborne make the team, the Los Angeles native will unite with Close – who will be serving as an assistant coach.

Osborne competed on the U18 team last summer alongside Close – who served as the U18 assistant coach – and helped Team USA to a gold medal finish in the FIBA U18 Americas Championship with an 84-60 win over Canada.