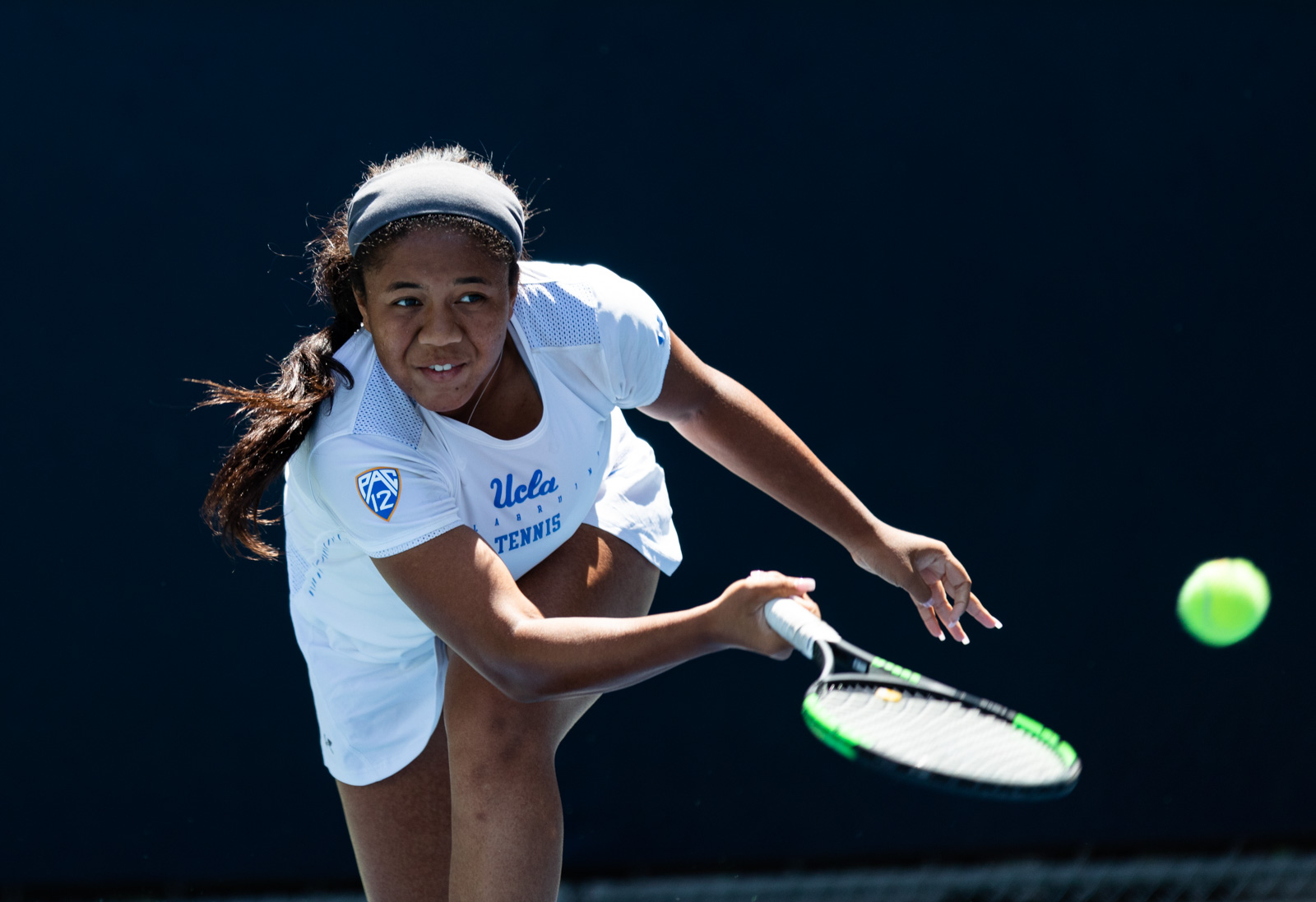 The Bruins’ No. 5 duo – seniors Gabby Andrews and Ayan Broomfield – was selected to compete in doubles play at the NCAA Division I Women’s Tennis Championship in Orlando, Florida beginning May 20 after UCLA women’s tennis competes its NCAA run as a team. (Tanmay Shankar/Daily Bruin)

It’s win or go home for the Bruins, but four players will have the opportunity to compete once more.

The tournament will begin May 20, one day after the championship match of the team tournament, and will conclude May 25.

No. 32 Bolton and No. 45 Hart will represent UCLA in the singles draw, while the Bruins’ top two duos – No. 5 Andrews and Broomfield and No. 11 Bolton and Hart – will partake in doubles play.

Neither Bolton nor Hart have dropped a set in singles play through the first two rounds of the NCAA team tournament. Hart notched an upset victory Sunday against No. 12 LSU Eden Richardson 6-4, 6-3.

Bolton did not drop a single set in seven straight singles matches from March 30 to April 25. She defeated LSU’s No. 60 Jessica Golovin 6-2, 6-3 in UCLA’s second-round NCAA matchup. The freshman is 26-12 on the season and undefeated in three matches on court one.

“She loves the moment,” coach Stella Sampras Webster said of Bolton. “She loves playing big matches. She thrives in these situations. It’s great for her as a freshman to have this confidence. You don’t get that very often.”

The combination of Andrews and Broomfield have one loss in their last 15 matches, 13 of which were played on court one doubles. The duo is 21-7 on the season.

“We were struggling a bit earlier in the season,” Andrews said. “We really focused on doubles in practice especially.”

The duo of Hart and Bolton bounced back Sunday to win 6-4 against LSU on court 2 after being upset 6-1 against Northern Arizona.

“We were too one-dimensional,” Hart said after the Northern Arizona match. “We didn’t utilize our variety with lobs and changing the pace with serves.”

Hart advanced to the round of 32 in the singles competition last year before falling to then-No. 27 Luisa Stefani 6-3, 7-5. The Colton, California, native partnered with then-senior Terri Fleming last year in the doubles competition. They lost 6-2, 3-6, (10-7) in the first round.

Former Bruin Ena Shibahara made it to the round of 16 in singles in the past two seasons. The back-to-back-reigned Pac-12 Singles Player of the Year elected to turn pro this fall. 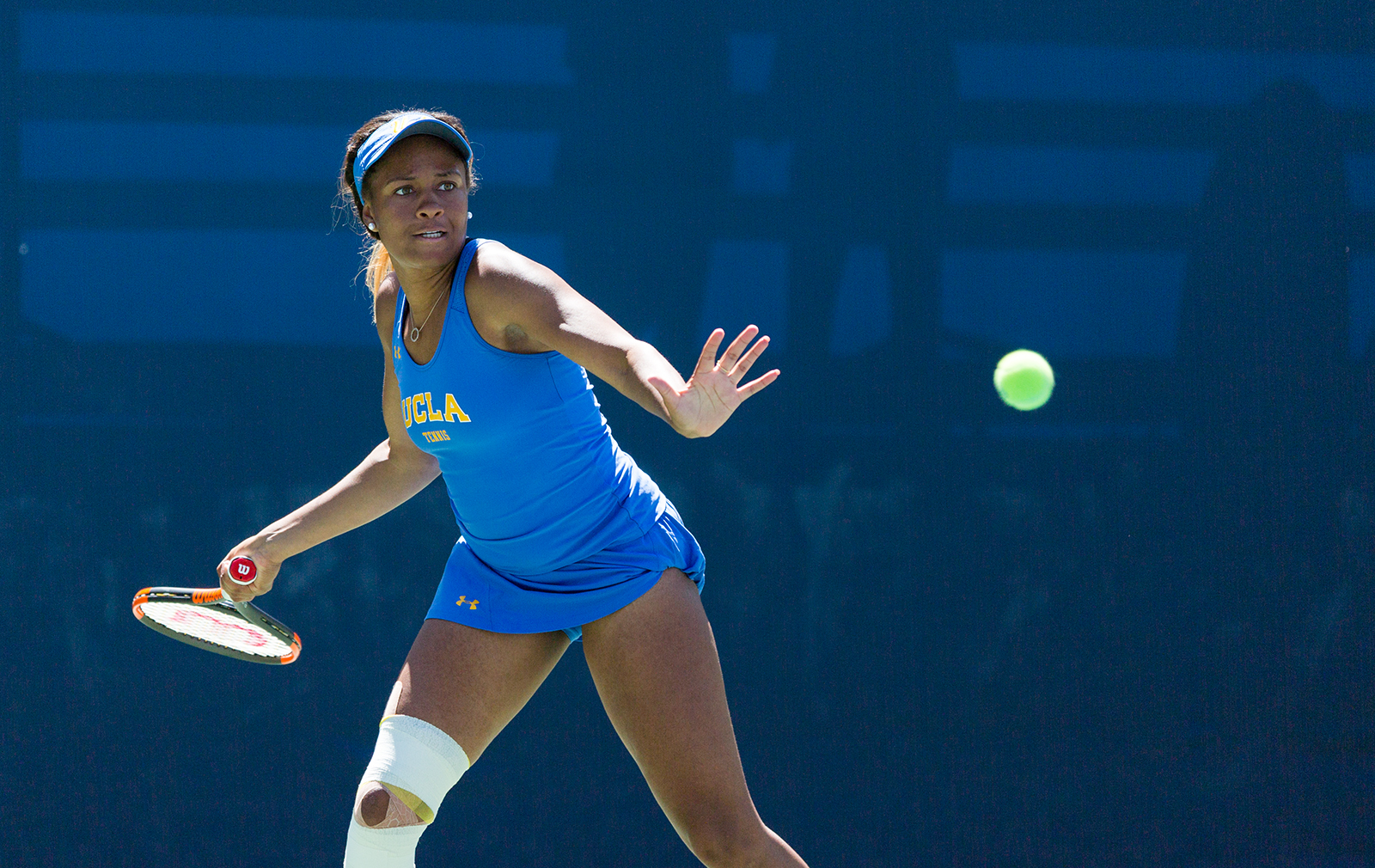 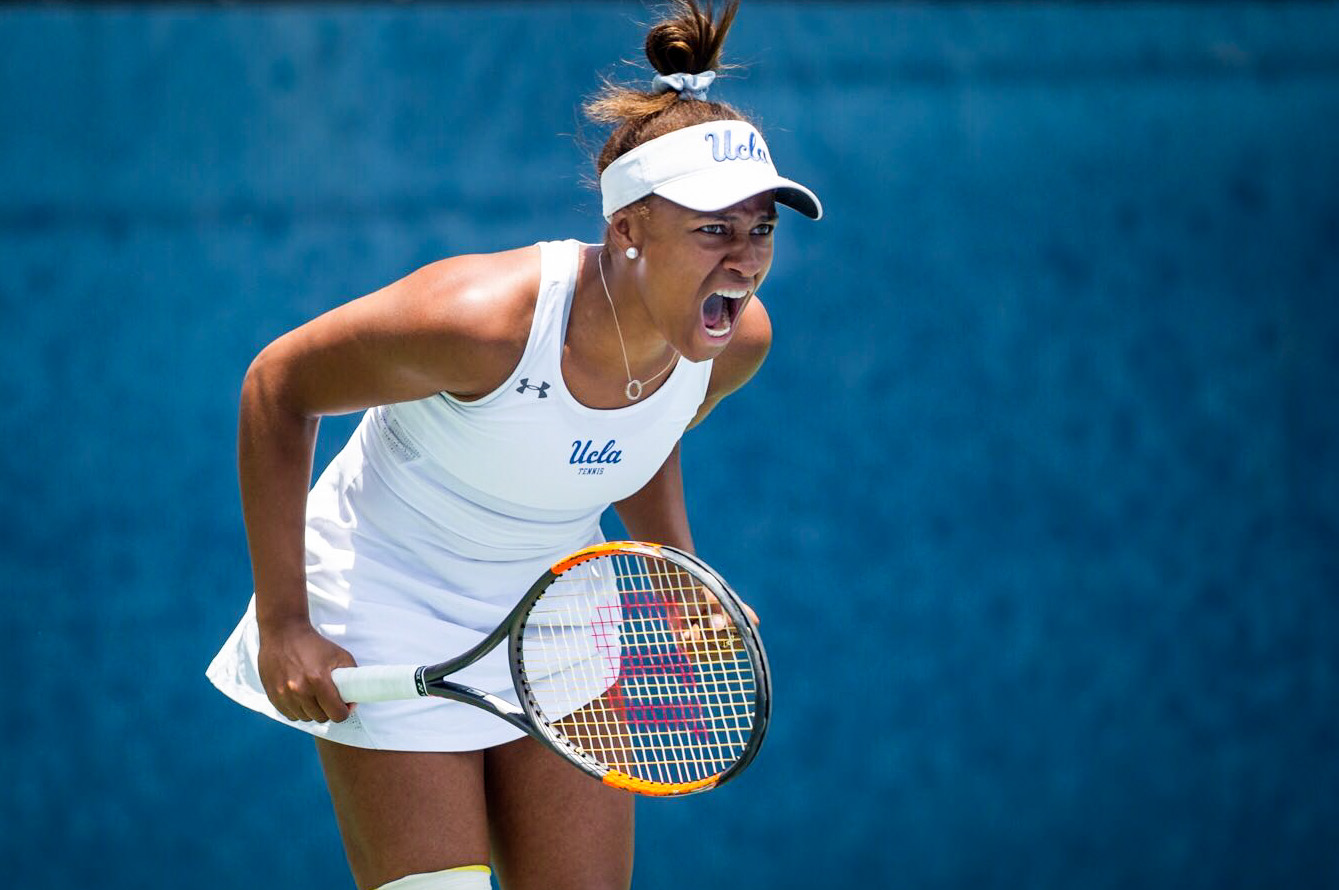 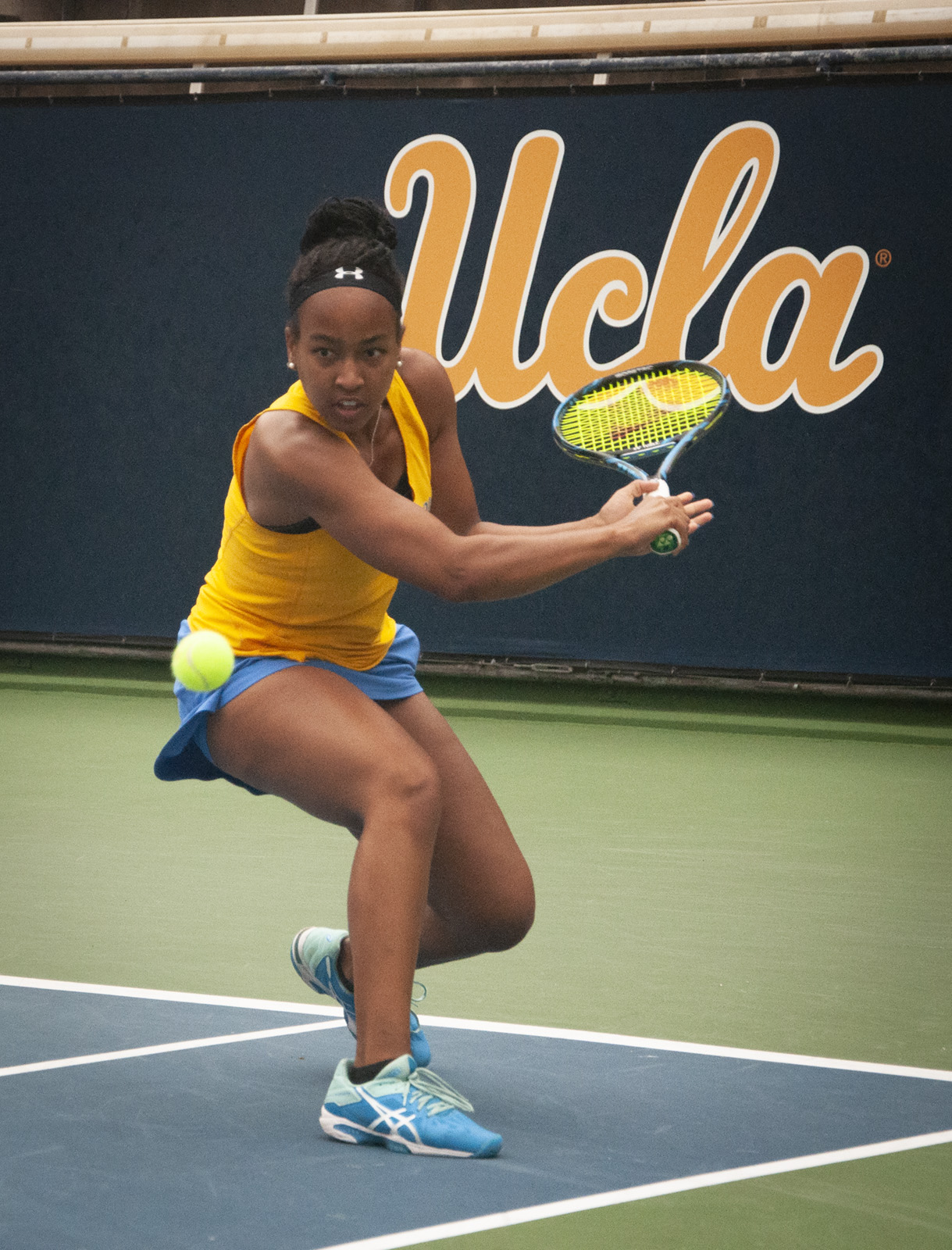 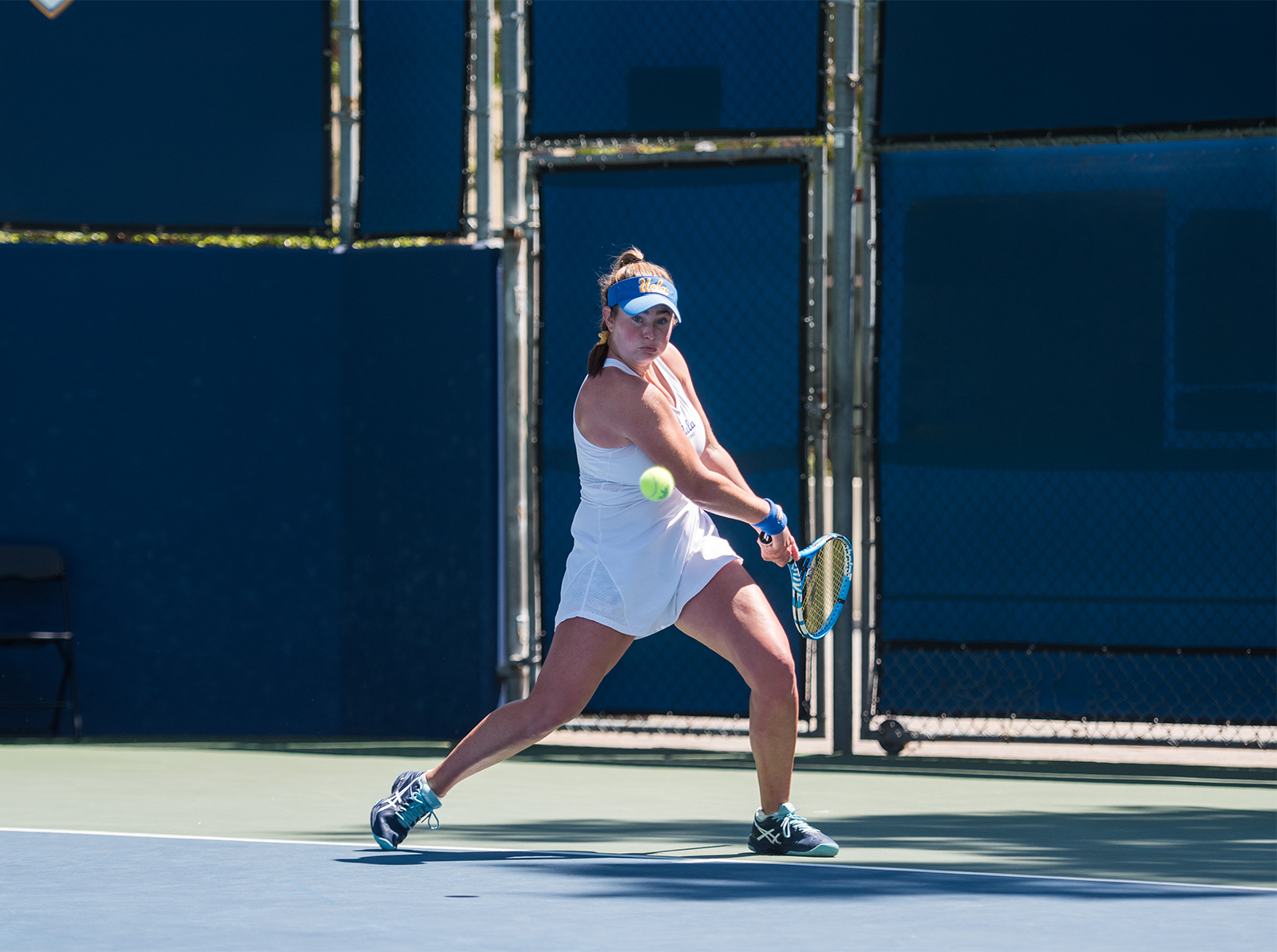