Around the League: May 7 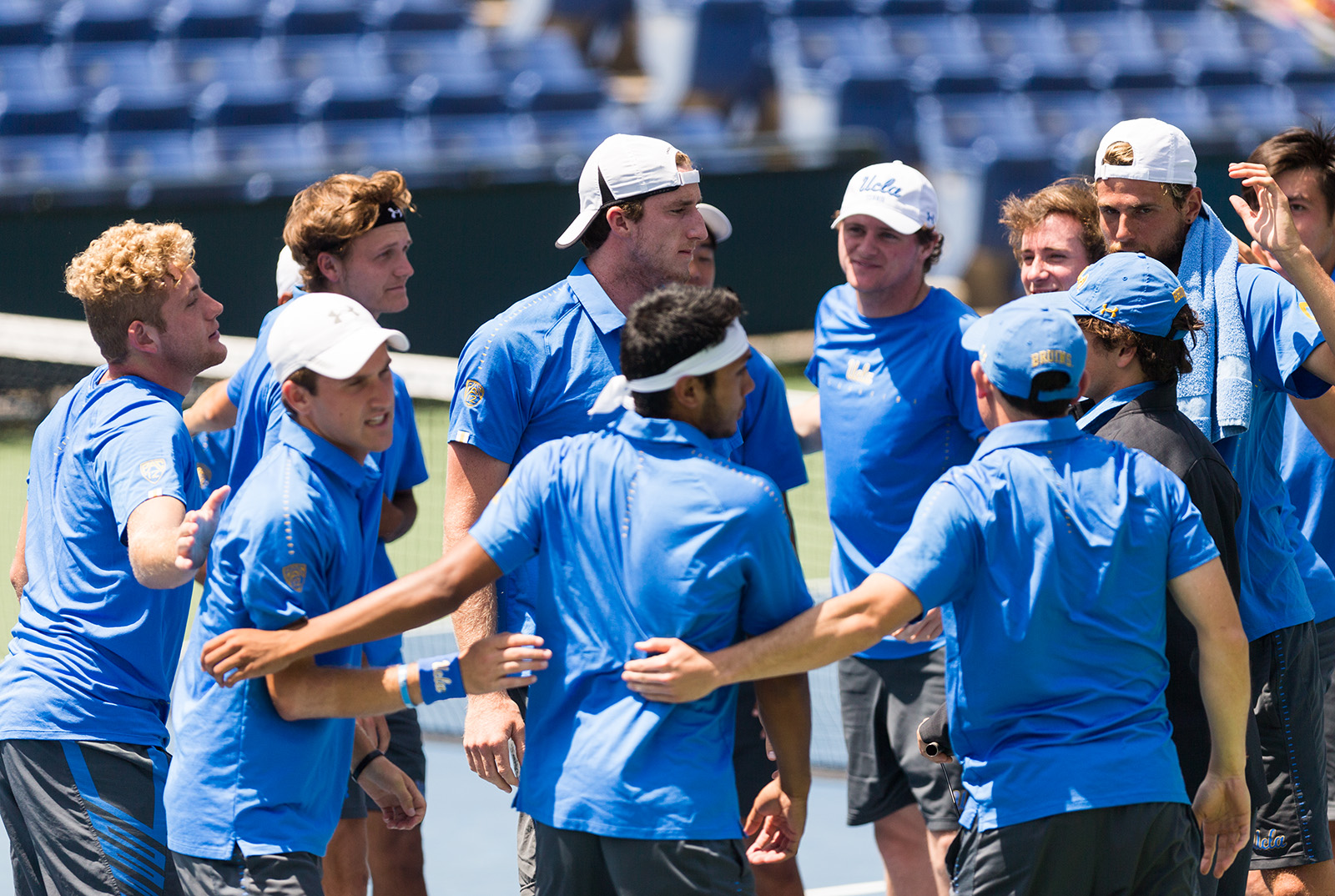 By Sam Connon and Gabriel McCarthy

A number of teams across the Pac-12 advanced to the second weekend of competition in the NCAA tournament.

No. 11 seed UCLA men’s tennis (19-5, 8-0 Pac-12) moved on to the round of 16 after posting back-to-back 4-0 sweeps over Grand Canyon and Oklahoma State. The Bruins’ duo of senior Maxime Cressy and sophomore Keegan Smith both clinched singles wins in both matches at No. 1 and No. 2 singles, respectively, as well as clinching the doubles point for UCLA against Oklahoma State. UCLA will next face No. 6 seed Baylor in the next round.

No. 8 seed USC (22-7, 7-1 Pac-12) advanced to the round of 16 after sweeping Northern Arizona and San Diego in the first and second rounds, respectively. USC will next face No. 9 seed North Carolina in the NCAA Super Regionals.

No. 12 seed Stanford (19-6, 5-3 Pac-12) swept both Fresno State and UC Santa Barbara to move on to the next weekend. Stanford will face No. 5 seed Virginia in the Super Regional round.

Utah (17-12, 2-6 Pac-12) was eliminated in the first round of the tournament after losing 4-0 to Baylor. The Utes had previously fallen to the Bruins in the Pac-12 championship.

The reigning champs were one of several Pac-12 teams who took a slide this week.

The Bruins and Cardinal both held their ground atop the rankings, winning their midweeks and going 2-1 in their conference weekend series against then-No. 22 Arizona State and USC, respectively. The Sun Devils fell out of the rankings after being ranked as high as No. 7 earlier this season.

Stanford may have strung together a winning record last week, but it still fell from No. 15 to No. 22 in the RPI, while Oregon State dropped from No. 10 to No. 23. Arizona State fell out of the top 40 after its series loss to UCLA, which stayed at No. 1.

With three weekends remaining in the regular season, the Cardinal and Beavers are tied atop the standings with the Bruins one game back. Oregon State and Stanford will play a three-game series in Corvalis starting May 17, while UCLA’s lone upcoming game against an RPI top-50 team will be a midweek matchup against No. 48 UC Irvine on May 14.

Of the six Pac-12 teams that entered the NCAA championship this weekend, four remain.

No. 3 seed Stanford (24-1, 10-0 Pac-12) was the highest ranked women’s tennis team in the conference after winning its third straight Pac-12 championship April 27. Stanford won in straight sets in the first round over New Mexico State before beating Syracuse 4-1 to advance to the round of 16.

No. 7 seed UCLA (20-7, 8-2) – which lost to Stanford in the Pac-12 championship finals – and No. 10 seed Washington (21-4, 8-2) will play in Westwood in the third round after both squads won 4-0 in both of their tournament matches so far. The Bruins and Huskies have faced off twice so far this season, with the former taking both matches by scores of 4-1 and 4-3, respectively.

No. 13 seed USC (20-7, 7-3) is the only other Pac-12 team left standing after it beat Illinois State and UNLV by 4-0 scores in the first two rounds. USC will play No. 4 seed South Carolina in the upcoming third round.