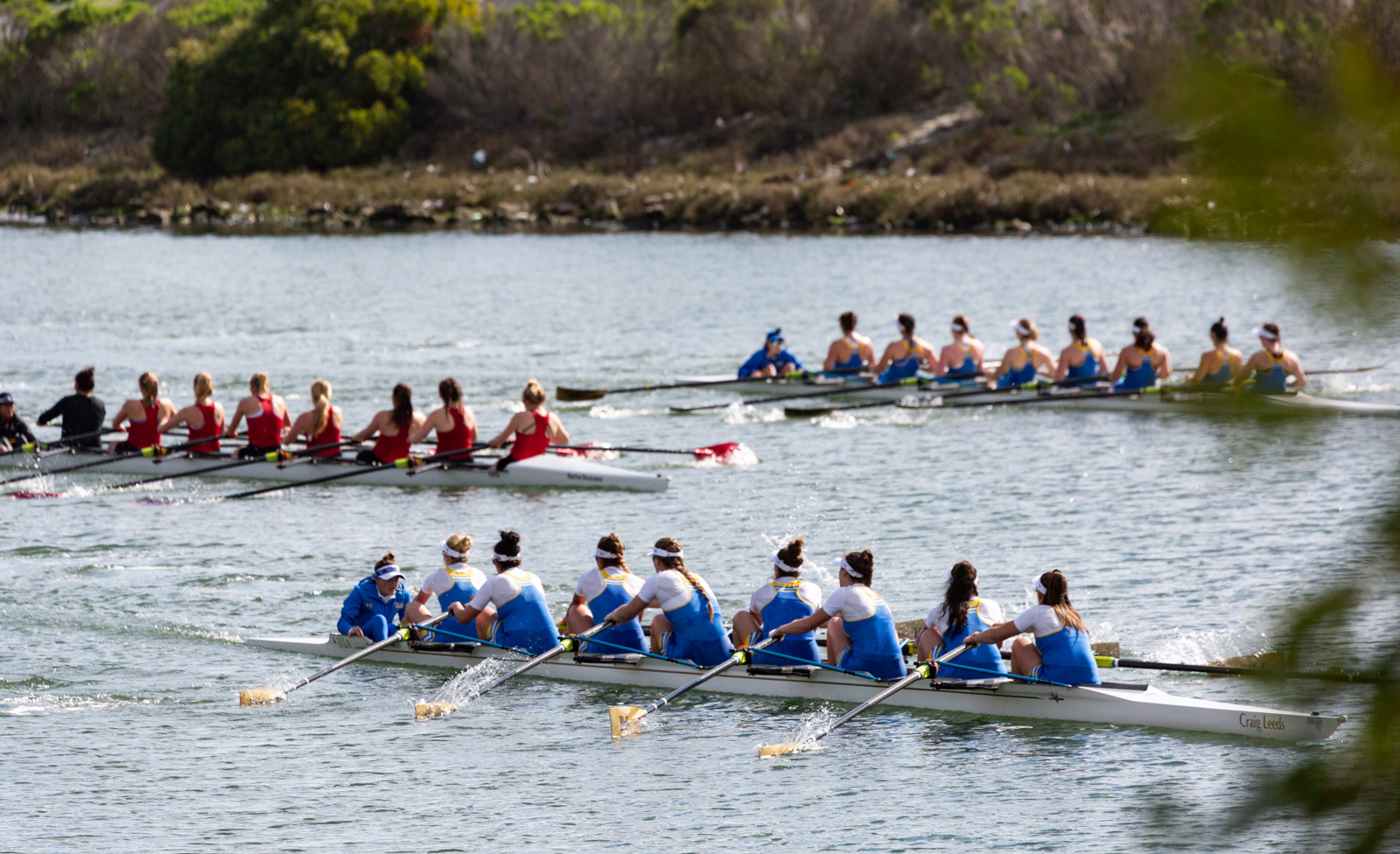 UCLA women’s rowing only has one weekend left of races to conclude its regular season. The Bruins will host USC next weekend before travelling to Pac-12 Championships. (Jocelyn Dao/Daily Bruin)

The Bruins concluded another weekend of races against a variety of opposition.

UCLA women’s rowing (2-0) competed in four races at the Windermere Cup in Seattle on Saturday. UCLA competed against No. 1 Washington and the German national team, as well as a number of colleges from across the Pacific Northwest.

The Bruins’ varsity eight crossed the line in fourth place in the Windermere Cup Eight, trailing only the Huskies’ top-two boats and the German national team. UCLA recorded a time of 6:24.467, whereas the top Washington boat finished in 6:14.379.

The Bruins’ varsity four finished third, behind the both the Huskies’ boats once again. The Washington B boat finished first with a time of 7:08.121, about 30 seconds ahead of UCLA’s time of 7:38.499.

However, UCLA finished second, behind Washington, in the Women’s Cascade Cup and the Women’s Third Varsity Eight, logging times of 6:43.775 and 6:56.856, respectively.

The Bruins will close out the regular season with races against USC on Saturday at the Marina Aquatic Center. Afterward, UCLA will travel to Gold River, California, to participate in the Pac-12 Championship.