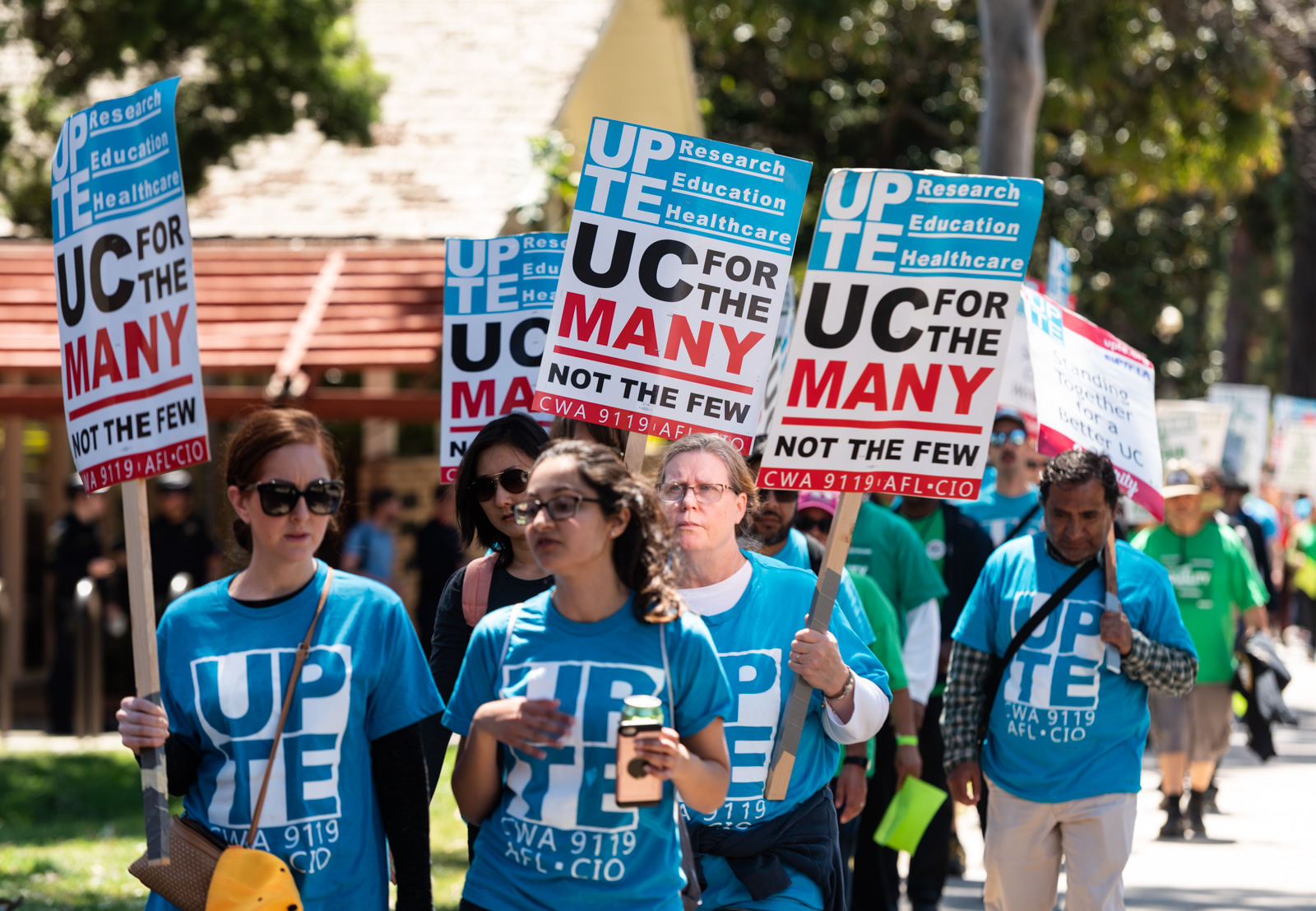 A University of California labor union filed charges against the UC alleging the University is illegally outsourcing jobs.

American Federation of State, County and Municipal Employees Local 3299, the UC’s largest employee union, filed three unfair labor practice charges with the California Public Employment Relations Board on April 23 and 29 claiming the UC illegally sought out and entered into agreements with private contractors.

“The evidence presented in the charges seem to highlight the scope of what appears to be a radical privatization scheme at the third-largest employer in the state,” de los Angeles said.

“This recent maneuver follows a host of tactics by AFSCME to gain leverage against the University … in an attempt to advance their self-interested agenda at the expense of students and families,” Doan said.

AFSCME Local 3299 claims the UC refused to bargain with it over a systemwide contract the UC entered with Aya Healthcare in April 2018, allowing the private staffing firm and affiliates of the University to access $150 million in outsourced labor per year.

In December, UC officials said they would not bargain over a contract that will outsource jobs at the UC Davis adult rehabilitation hospital to Kindred Development 13, a subsidiary of the private health care services company Kindred Healthcare, according to the charge.

AFSCME Local 3299 furthers claims the UC is unwilling to negotiate its use of contract labor before it enters into potential contracts. The UC is currently seeking vendors to make offers on contract labor, according to a University document obtained by the union.

In response to disputes over outsourcing and other issues, the union has called on all speakers with speaking engagements at the UC, including graduation speakers, to cancel their scheduled speeches.

Doan said the University is receptive to the union’s concerns but does not agree with its tactics.

Doan added the University has spent relatively the same amount on service contracts over the past several years and does not outsource labor for the sole purpose of saving on wages and benefits.

Nevertheless, de los Angeles said he thinks contract workers are shortchanged, oftentimes receiving less compensation than University employees. The median compensation, including wages and benefits, for Kindred Healthcare employees excluding the CEO totaled $22,100 in 2017, according to a Kindred annual report.

The UC guarantees a $15 minimum wage for eligible contract workers, according to its Fair Wage/Fair Work Plan established in 2015. However, an internal audit by the UC found the university has not properly enforced the policy.

In fact, several campus locations did not know how many contracts were eligible for the FW/FW Plan. Moreover, only 21% of contractors required to submit documentation of their compliance did so, as reported by the campus locations that monitored compliance.

De los Angeles said that, although workers displaced by subcontracts may be reassigned to new positions, they are not able to follow their intended career paths. He added the University is essentially eliminating middle-class career positions by outsourcing jobs for lower wages.

“These jobs at the University are some of the last middle-class career jobs anywhere in the state, so we’re seeing a publicly funded race to the bottom that is hurting California’s middle class,” de los Angeles said.

The union is considering a strike in response to these new charges, according to a press release.