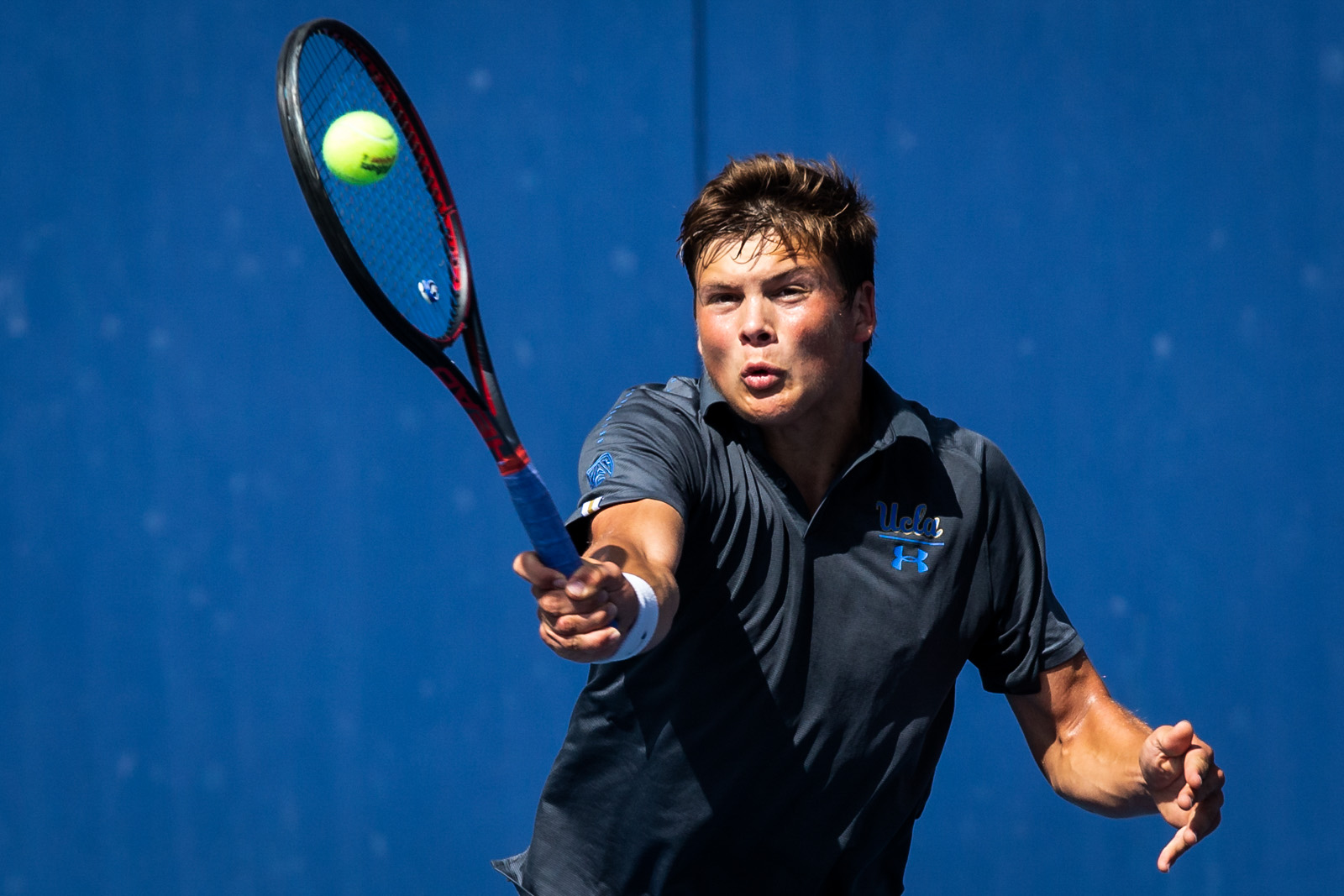 The Bruins haven’t dropped a point in their first two rounds of play.

After its 4-0 against Grand Canyon on Friday, UCLA has not lost a point in NCAA play. Coach Billy Martin said he never expected his team – which regularly features at least three freshmen in the starting lineup – to advance past the first two rounds.

“These guys have exceeded all my expectations,” Martin said. “When (sophomore Connor Hance) went down (because of injury), I really thought we were going to have a rebuilding year. If someone (earlier in the season) said we were going to be in the round of 16, I would have been jumping for joy, and I still am now.”

UCLA claimed the first point of the match in doubles play. The No. 2-ranked doubles team of senior Maxime Cressy and sophomore Keegan Smith won 6-4 against Oklahoma State’s Mathieu Scaglia and Maxim Tybar. Cressy and Smith have not lost in doubles this year.

“At 5-3, we were on serve and it was our chance to finish it,” Zahraj said. “They played really well on these match points, but we had a good feeling about bouncing back and breaking them at 5-4.”

Martin said he thought the doubles point against Oklahoma State would be especially important.

“It was going to be hard to win four singles matches, let alone three, so I was very absorbed in doing everything we could to win doubles,” Martin said.

The top three courts provided the remaining three wins for the Bruins. Freshman Govind Nanda at No. 3 singles gave the Bruins their first win in singles with a victory over Scaglia, 6-1, 6-4.

Smith on court No. 2 was the second Bruin to finish. After an argument with the match official over stoppage of play, Smith launched a ball out of the stadium in the subsequent game – he received a code violation for ball abuse as he trailed 1-3.

“I was upset about (my argument with the referee), and I showed a little too much emotion and got the point penalty,” Smith said. “I shouldn’t (hit the ball out of the court), but sometimes it helps. You need to release the emotion. If you let it burrow inside you, you’ll play badly.”

Like the match against Grand Canyon, Cressy provided the clinching win for UCLA with his 6-1, 6-3 defeat of Matej Vocel.

UCLA will face No. 6 seed Baylor on Friday in Waco, Texas.

“Every match from here on out, we are not expected to win,” Martin said. “We go out loose and we have no pressure.” 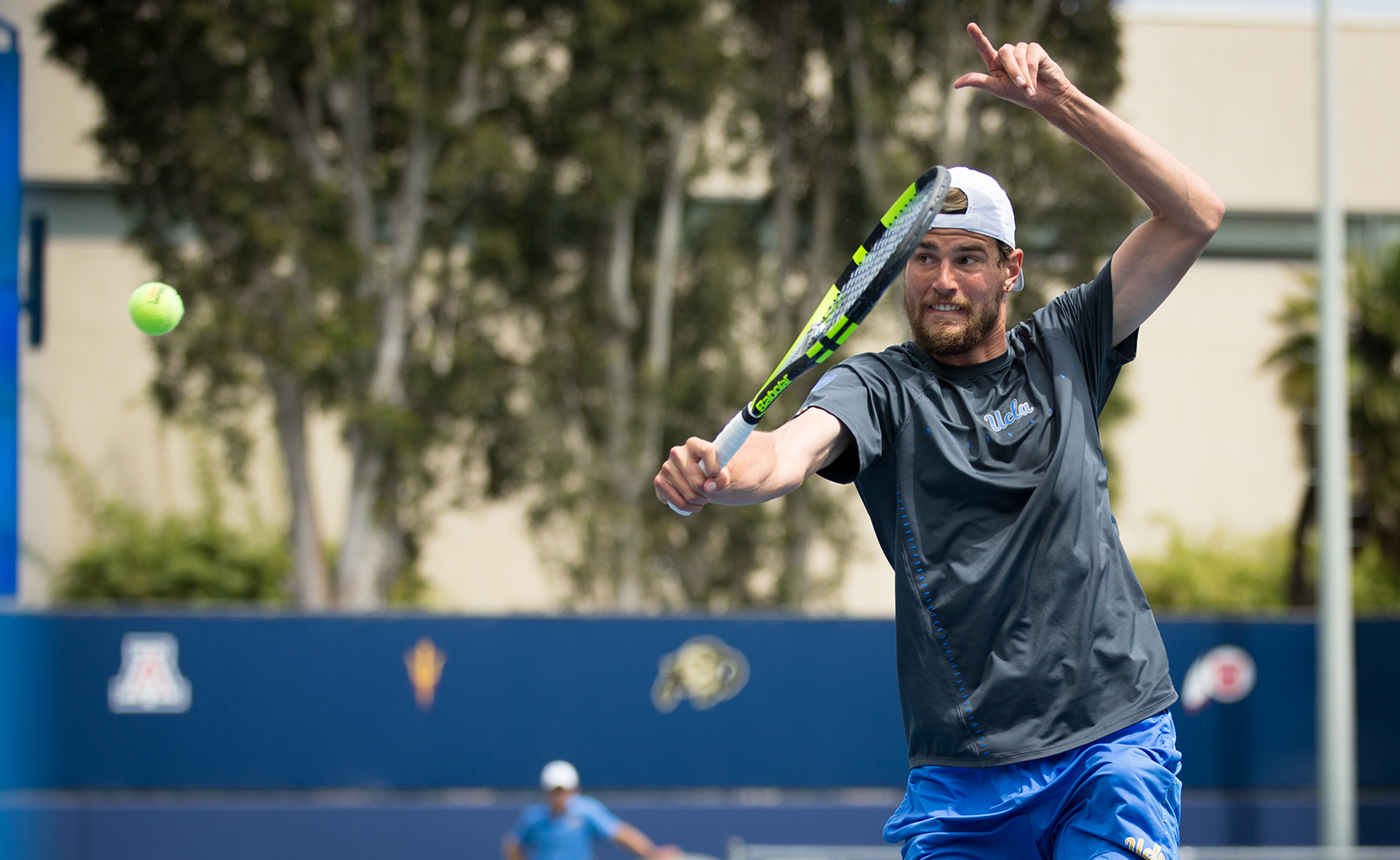