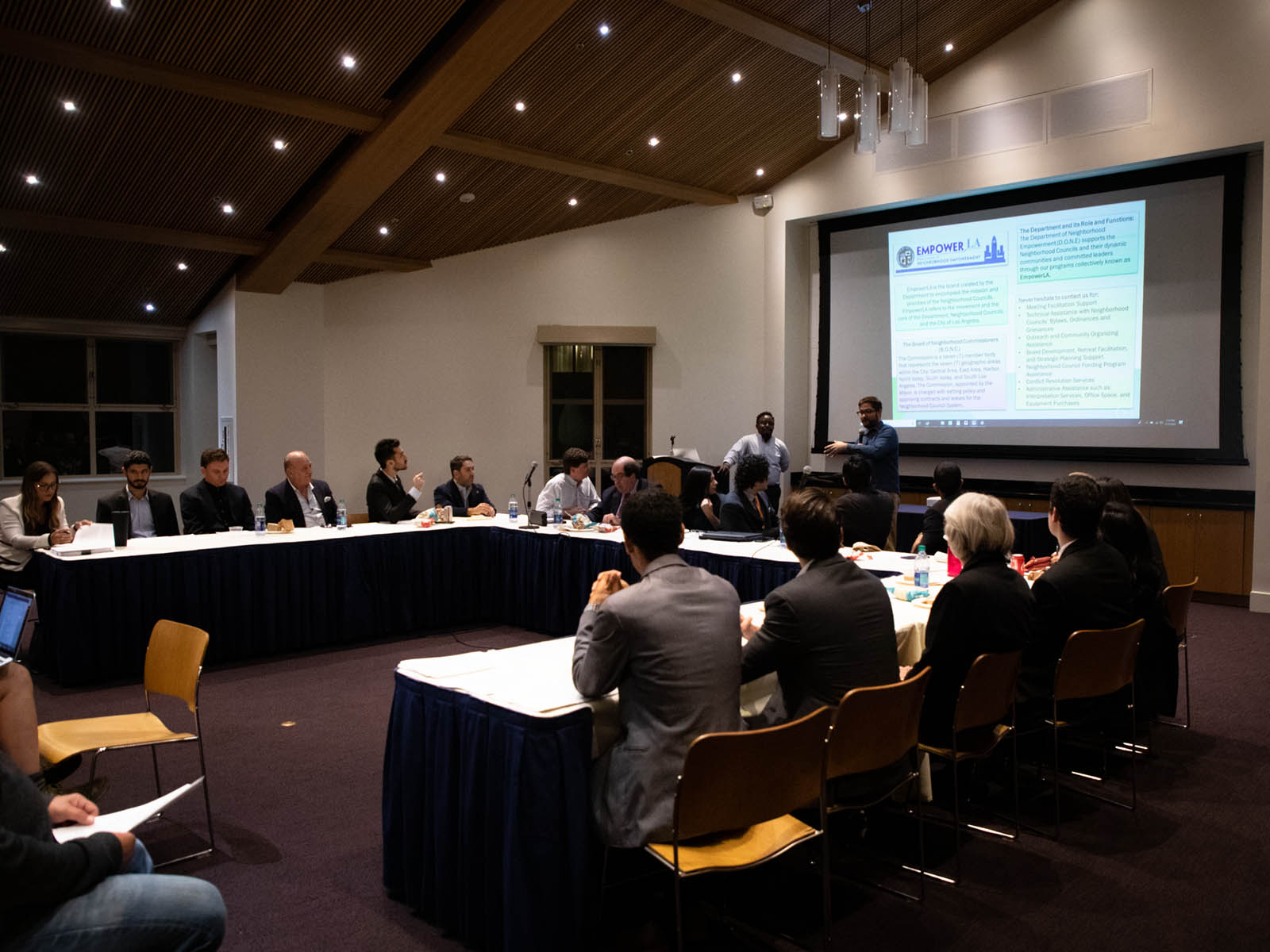 By Stephanie Lai and David Gray

Westwood stakeholders said the closure of a local sports bar was a failure as a community at a meeting Wednesday.

The first agenda item of the North Westwood Neighborhood Council addressed the closure of Sepi’s, a longstanding Westwood sports bar. Sepi’s closed Tuesday after being unable to relocate.

Other agenda items were tabled for later meetings due to a lack of time.

Kevin Crummy, a NWWNC member and chief investment officer of real estate company Douglas Emmett, said Sepi’s was unable to find a new location because of their distinction as a fast food restaurant. The Westwood Village Specific Plan, the master planning document that outlines zoning regulations, limits the number of fast food restaurants on each street.

Instead, the owners of Sepi’s decided to terminate their lease early for a payment of around $700,000 from their landlord, Crummy said.

Josh Trifunovic, NWWNC member and owner of Rocco’s Tavern, spoke on his experience working with one particular stakeholder, Steve Sann, chair of the Westwood Community Council. Trifunovic claimed Sann obstructed his business and spoke against his business at a public hearing. He claimed the issues that his business faced were similar to Sepi’s.

Philip Gabriel, a Westwood stakeholder, called point of order several times while Trifunovic was speaking. A point of order is called to interrupt a councilmember while they are speaking.

Gabriel said specifically naming one stakeholder was improper and a violation of the Brown Act, which serves as the guiding principles of neighborhood council proceedings. Gabriel is not a council member, and is in fact not permitted to call point of order to interrupt a council member, said Gibson Nyambura, a representative from EmpowerLA, which oversees neighborhood councils.

Sepi’s also won a full liquor license from the California Department of Alcoholic Beverage Control, but was unable to apply the license to a new location, Crummy said.

“We’re all kind of guilty because we haven’t been speaking back and we’ve been letting the people speak for us,” Crummy said. “We need to change the specific plan so businesses feel like they can keep operating how they do. The point is that we want to keep a business, not lose them.”

“Sepi’s, as our current specific plan is written, cannot operate their business in the manner that they have for the last 50 years if they moved down the street,” Thomas said. “To me, that tells us our plan is broken.”

Taylor Fife, a graduate student at UCLA Anderson School of Management and former WCC member, said he thought it was unfortunate that three community members have obstructed businesses in Westwood for years. Fife said Sann had lied to him on multiple occasions.

Sann said Trifunovic was not telling the truth and asked for documentation proving he had obstructed in the establishment of his business.

Nyambura called a recess, which led Michael Skiles, president of the council, to emphasize that no one should name specific stakeholders when discussing Sepi’s.

The board then discussed ways to prevent excessive filing of appeals to the city. Appeals are alteration requests filed with the Los Angeles Department of City Planning regarding subjects like property amenities, violations to city plans and conditions on operating.

Filing an appeal to the city costs the appellant $89 and the city $13,538, according to city documents. Sann was listed as filing nearly one-third of all appeals since 1998 in a city document NWWNC member Grayson Peters released Tuesday on Facebook.

Jane Gavens, a Westwood resident, said the cost each appeal incurs for the city concerns her as a taxpayer and that she believes there should be some type of limitation on appeals.

Bettina Omara, a board member of the Holmby Westwood Property Owners Association, said she believes there needs to be a process to alert the community and come to a consensus before a single community member makes an appeal.

Jack Lyons, a fourth-year political science student, played a recording of Sann allegedly speaking to Skiles after a Westwood Neighborhood Council meeting. Members of the board and audience said the recording indicated Sann filed frivolous appeals for personal reasons.

The recording was also released on YouTube by Peters as well as in a UCLA Radio broadcast Wednesday.

At the end of the night, three hours after the meeting began, the council passed a motion to recommend that Los Angeles Councilmember Paul Koretz, who represents Westwood and surrounding areas, amend the Specific Plan to remove the fast food restaurant distinction and quota and parking requirements, which the motion said impedes the growth of businesses in the Village.

The council also passed a motion to recommend creating a graduated scale for cost of appeals to disincentivize people from making appeals, while still considering financial hardship and the appellant’s involvement with the project.