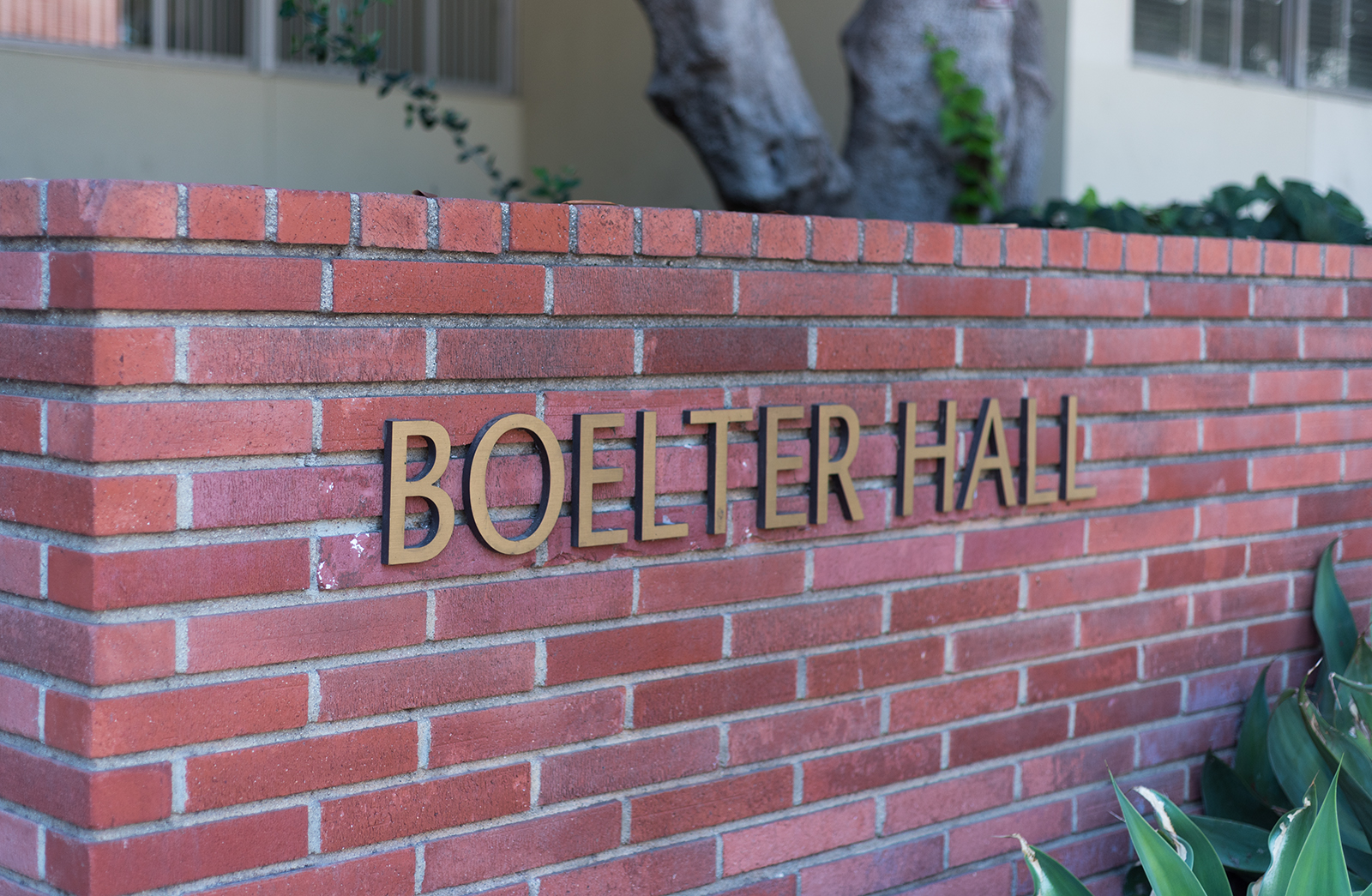 The University of California imposed a policy in 2015 that students should have measles vaccinations, but didn’t enforce it until 2018. The recent measles outbreak near Boelter Hall proves just how dangerous that kind of laxity in enforcement can be. (Daily Bruin file photo)

UCLA dodged a bullet – or a plague, to be more precise.

The university was rocked by news of a measles case last week after a student infected with the disease attended classes in Franz and Boelter halls April 2, 4 and 9. And 11 days, at least 46 quarantines and countless worried phone calls later, it seems like the university has gotten by without too much issue.

But it can’t be stated enough how bad this could have been. A disease as contagious as measles could tear through a school like UCLA, with the largest undergraduate student body packed onto the second-smallest campus in the University of California system.

This issue could have been avoided with stricter vaccination requirements. It seems the UC knew this, but didn’t act fast or go far enough. The University agreed to impose a policy in 2015 requiring two doses of vaccinations or a blood test proving immunity to the disease, but only started enforcing it in 2018, according to the Los Angeles Times. Unfortunately, this policy only applies to incoming students and not students who enrolled prior to this school year.

By delaying stricter vaccination requirements, the UC has indirectly endangered students who can’t be vaccinated. By not enacting this policy earlier, the University has allowed three classes of students to slip through the cracks and placed them at a greater risk of infection.

All students from these classes who can be vaccinated should now be required to in order to reduce the risk of infection and spread of measles in the future.

Delaying vaccination requirements is a risk we can’t afford for a disease as serious as measles, said Deborah Lehman, a professor in pediatrics at the David Geffen School of Medicine at UCLA and a specialist in pediatric infectious diseases.

“You might not think that one person with the disease would pose a threat to a university of our size, but it is highly infectious – one of the most infectious that we have,” Lehman said. “It spreads like wildfire. You just need to be in the same classroom, unlike other diseases, such as influenza or tuberculosis, where you need prolonged contact – it finds pockets of vulnerable people.”

She added that nine out of every 10 unvaccinated people will get the disease if they come in contact.

Clearly this is no common cold. Of the 704 cases of measles reported to the Centers for Disease Control and Prevention in 2019 as of April 26, 66 patients were hospitalized and 24 developed pneumonia as a complication from the disease. Though there have been no recorded deaths as a result of measles this year, about one or two out of 1,000 people who are infected will die and about one for every 1,000 will develop encephalitis, an infection that can lead to the swelling of the brain that can result in permanent damage.

The risks are high, and UCLA’s procrastination doesn’t help. A student who is not vaccinated or is undervaccinated may still attend classes and carry on with general student life, theoretically being exposed to and exposing others to the disease as long as they enrolled before the 2018-2019 school year.

UCLA spokesperson Ricardo Vazquez said new students who don’t comply with the vaccination requirements before the enrollment period ends risk having a hold placed on their account.

“UC’s vaccination policy was approved with the knowledge that it would not be fully implemented until the campuses could manage the complexity of the task of making the requirement fully operational,” Vazquez said. “Beginning this past fall, UCLA began to enforce enrollment holds for students who are not compliant.”

But this task is not complex enough to merit a three-year implementation period. All the university had to do was require students to show proof of vaccination or immunity before signing up for classes. Any delay only allows more time for an outbreak.

This is a disease the UC cannot afford to drag its toes and take half measures to stop. In order to ensure the protection of its students in the wake of the explosion of measles cases, vaccinations must be mandated for all students, even those who enrolled prior to the 2018-2019 school year.

And even if the vaccine might seem to pose a financial burden to some, the Arthur Ashe Student Health & Wellness Center offers immunizations for $100. The cost of subsidizing this for the minority of students not vaccinated for measles would be trivial for a university with a $7.5 billion budget that recently launched a $35 million dollar fundraising campaign for a new academic center for student-athletes. The money to protect students is clearly there.

There are two courses of action for the university: Either take action now to protect its students or cross its fingers and pray that another incident like last week’s does not happen again for another two years.