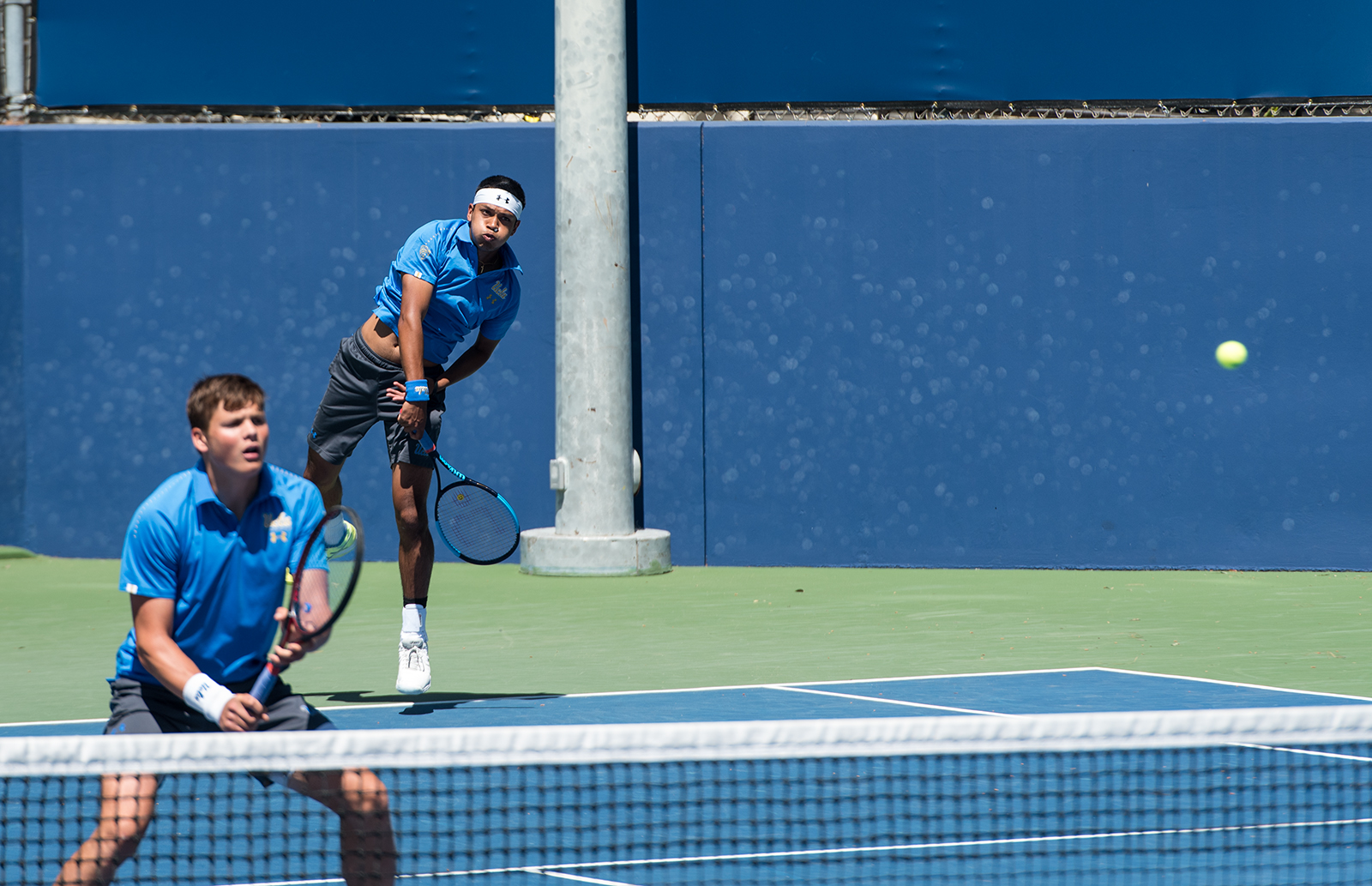 The Bruins will not be Pac-12 champions this year.

After defeating the Golden Bears twice during the regular season, the Bruins were unable to replicate their success. UCLA snapped its 13-match winning streak with the loss.

California took the lead after winning the doubles point through victories at No. 2 and No. 3 doubles.

After no breaks of serve in the set, the No. 3 doubles team of freshman Patrick Zahraj and sophomore Bryce Pereira lost the deciding tiebreak 7-4.

“The Golden Bears played really solid doubles,” Pereira said. “They got a lot of first serves in and it only takes a few points in the tiebreak that went their way.”

This year’s tournament marked the fourth consecutive year the Bruins had secured the No. 1 seed in the tournament, but they were unable to reach the final for the first time during that stretch.

On Thursday against Utah, Billy Martin eclipsed Glenn Bassett for the most head coaching wins in UCLA history, with 593.

“The important part was coming out and getting a good team win today,” Martin said. “The number victory is just that, a number.”

Martin said passing his predecessor, Bassett, was a special moment for him.

“Glenn (Bassett) was my mentor, the guy who showed me the ropes,” Martin said. “It’s a funny feeling to pass him because I wouldn’t be here without him.”

Freshman Roscoe Bellamy played for the first time since the dual match season began, ending match play with an unfinished match at the No. 6 singles spot. He said he was ready to play in a competitive match, even though he hadn’t played since January.

“It was definitely exciting, with some nerves too,” Bellamy said, “I’m always going to go out there and fight, and it took time to shake the dust off but I felt good about how I played today.”

Freshman Mathew Tsolakyan did not play in either match, marking the first time he has missed a dual match this season. He was unavailable this weekend due to illness.

The Bruins will await their NCAA regionals assignment, which will be released at 3 p.m. on Monday by the NCAA men’s tennis subcommittee.