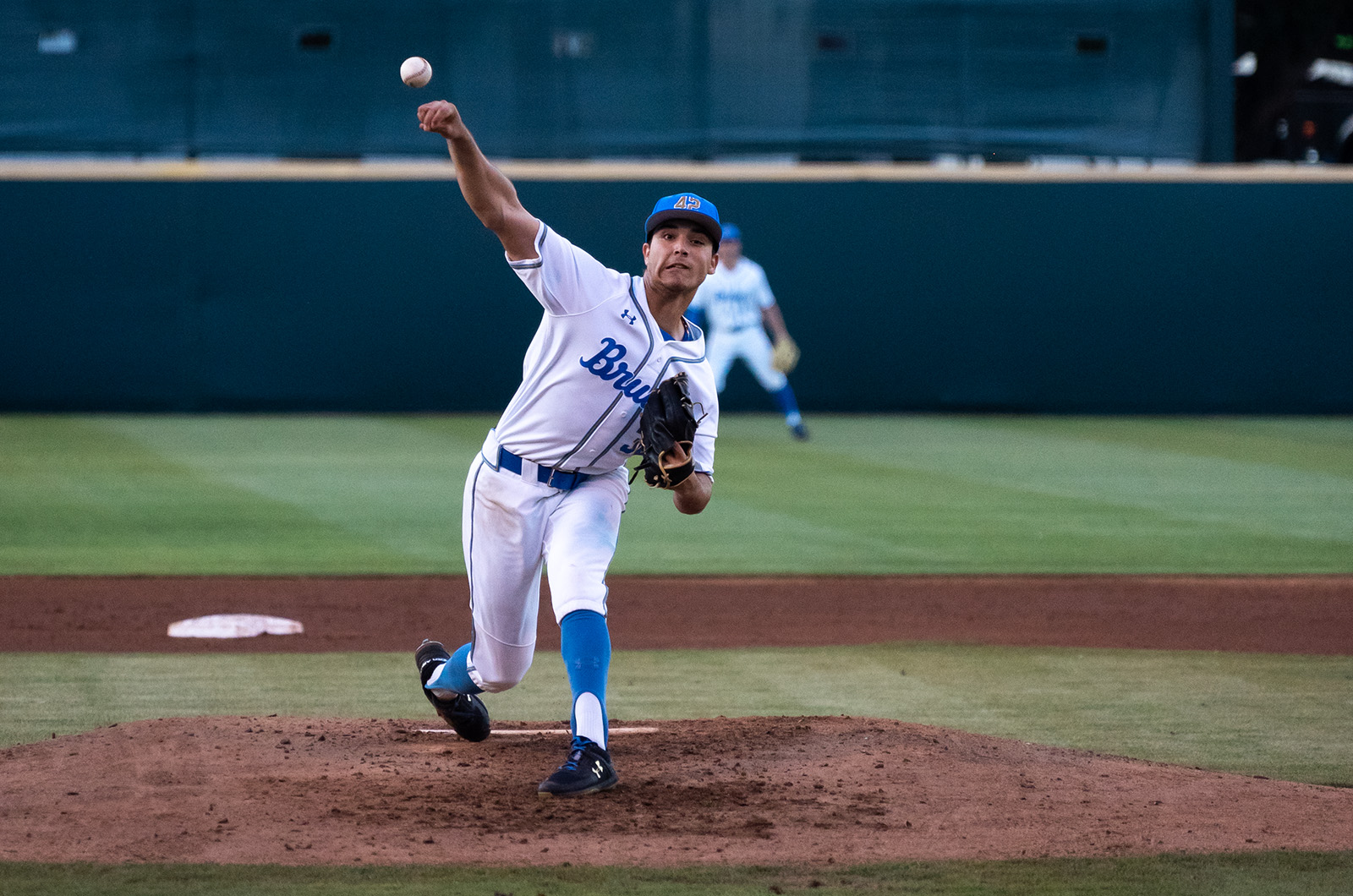 It had been nearly two years since a Bruin pitched a complete game shutout.

No. 1 UCLA baseball (32-7, 12-4 Pac-12) defeated Utah (12-23, 4-15) 5-0 on Friday at Jackie Robinson Stadium off the back of Garcia’s career performance. In his first series-opening start of the year, the junior threw a career-high 14 strikeouts and went the distance without letting up a run.

“Probably one of my best (career starts),” Garcia said. “I’ve been getting in a rhythm lately, keeping outings the same and just trying to repeat it going forward.”

Garcia was the projected No. 1 starter going into the season, but flexor inflammation sidelined him until March 9. Sophomore right-hander Zach Pettway – who had started all nine series-openers – was ruled out with a forearm strain before the game.

Coach John Savage said the team won’t know the timetable of Pettway’s return until next week.

“We needed that with (Pettway) not being able to pitch this weekend,” Savage said. “(Garcia) stepped up into that Friday role and was pretty electric. He commanded his pitches and was very pitch-efficient.”

Only three Utes reached base off two hits and one walk, with none of them advancing past first base. Garcia lowered his ERA to 1.10 as he improved his record to 5-0.

The last UCLA pitcher to strikeout 14 batters was Trevor Bauer – now an all-star for the Cleveland Indians – in 2011. Garcia also became the first Bruin to record a complete game shutout since Griffin Canning – who will be making his debut for the Los Angeles Angels on Tuesday – in 2017.

“You know you can go on defense and know Ryan (Garcia) is going to shut them down,” Stronach said. “So much pressure is relieved because you know he’s going out and competing, just throwing everything he’s got at them. It’s really helpful for us.”

Stronach drove in another run in the fifth when he hit a sac-fly to left to plate senior designated hitter Jake Pries. The Bruins scored again in the eighth when junior second baseman Chase Strumpf walked with the bases loaded to bring home senior third baseman Jake Hirabayashi.

Strumpf was picked off at first during the next at-bat with the bases still loaded and Pries at the plate. The Bruins recorded 11 hits but left 10 men on base.

“We definitely could have taken better advantage (with runners on base),” Stronach said. “We for sure have to do a better job of cashing in those runs when we get the opportunity.”

The Bruins will have the chance to win the series Saturday at 2 p.m.