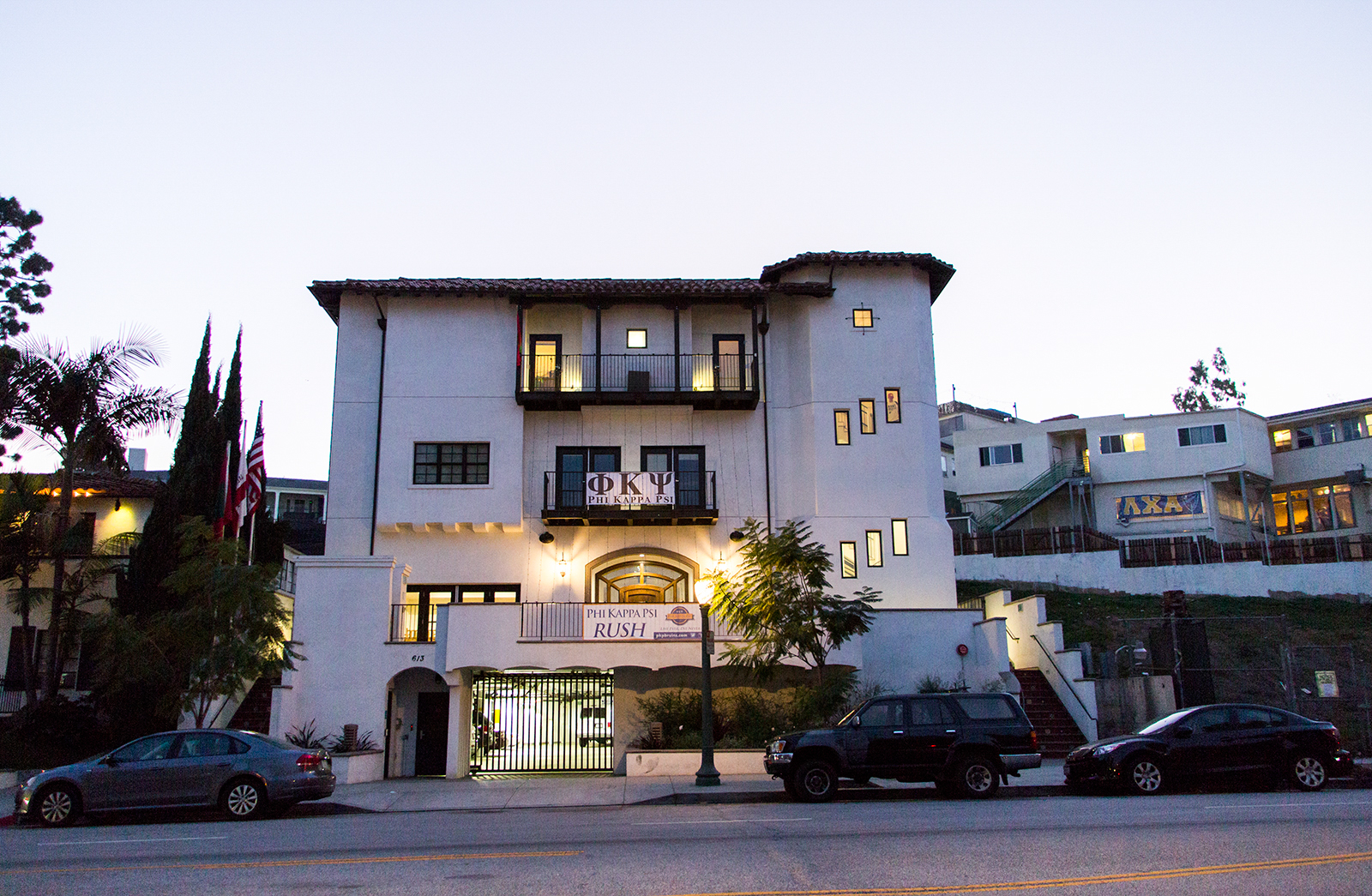 Daphne Sinclaire, a second-year anthropology and geography student, began a letter-writing campaign to a UCLA fraternity, Phi Kappa Psi, to address its treatment of sexual assault allegations. Sinclaire said she hopes the campaign will motivate the fraternity to amend and enforce policies that aim to prevent sexual violence and support victims. (Daily Bruin file photo)

A student started a letter-writing campaign to a UCLA fraternity April 9 to address its treatment of sexual assault allegations.

Daphne Sinclaire, a second-year anthropology and geography student who organized the campaign, is collecting letters from students about their experiences with sexual assault and delivering them to fraternity Phi Kappa Psi. Sinclaire, a member of a sorority, said she hopes this will motivate the fraternity to amend and enforce policies that aim to prevent sexual violence and support survivors. Hundreds of letters from sororities at UCLA and other universities have been sent to the fraternity, she said.

Phi Kappa Psi was investigated by the Interfraternity Council and the UCLA Office of Fraternity and Sorority Life following allegations of sexual assault committed by one of the fraternity members in winter quarter, IFC President Joshua Kaplan said in an email statement.

The fraternity put itself on probation by not hosting any parties winter quarter in response to the allegations, but took itself off probation this quarter without taking any significant measures to address the issue, Sinclaire said.

The member accused of sexual assault has since been removed from the fraternity but still lives in the house. IFC and FSL found all procedures taken by the chapter executive board to be in line with university and IFC policy, Kaplan said.

Sinclaire said her frustration with what she felt was an inadequate response to sexual assault allegations initially led her to write a letter to them herself. She said she later decided to increase the scope of her initiative and collect letters from those who felt similarly.

Phi Kappa Psi did not respond to a request for comment.

Sinclaire said she wants IFC and Phi Kappa Psi to take further action in response to the allegations by removing the member from the house because she thinks his presence poses a risk to visitors.

Kaplan said the member is legally obligated to live in the house because he signed a lease agreement with the house corporation, but he is not allowed on the premises during any in-house events, including parties.

Sinclaire said she thinks fraternities should do more to educate their members about consent and sexual assault and implement stricter rules to prevent future incidents.

She said Phi Kappa Psi subsequently apologized at a Panhellenic meeting Wednesday for the party names, indicating that a third-party editor was responsible for the names.

“It just really bothered me that here, on a campus where we’re paying to go, we’re supposed to feel safe. UCLA has decided to do nothing to stop this,” Sinclaire said. “Especially when (the fraternities) are throwing parties titled ‘Get Lucky’ or ‘Out the Door,’ it’s almost being acknowledged that they’re not going to do anything.”

Kaplan said Phi Kappa Psi has taken significant action to prevent sexual assault and educate members since the allegations. However, he did not further elaborate on the specifics of the action taken.

Sinclaire added she thinks Phi Kappa Psi’s decision to postpone an event co-hosted with the UCLA Campus Assault Resources & Education Program from winter quarter to spring showed a lack of sincerity to change.

“The fraternity community has the chance to be leaders for how they deal with these issues, and I thought that would happen last year when all the frats were on probation, and it didn’t,” Sinclaire said.

Sinclaire also said she wants the university to provide greater support for survivors of sexual assault, who are currently expected to file a police report before any action can be taken against perpetrators.

“They’re putting all the responsibility on the person who has just survived this life-changing event. Now, it’s up to (the survivor) to protect everyone else and keep retelling (the) story,” she said. “Otherwise, they’re not going to do anything.”

UCPD Lt. Kevin Kilgore said in an email statement there were no cases of sexual assault within Phi Kappa Psi reported to university police in the last quarter.

Sinclaire said allegations have instead gone through the Title IX office, which has not been able to process these claims fast enough due to understaffing.

She said she hopes her campaign will raise awareness about sexual assault within Greek life communities for those outside of it and encourage UCLA to take stronger action against it.

“I think that awareness of the Phi Psi problem right now has remained largely within the Greek community, and I think that’s something that definitely needs to change,” she said. “If you go here, you have a right to information that helps you make the healthiest choices.”