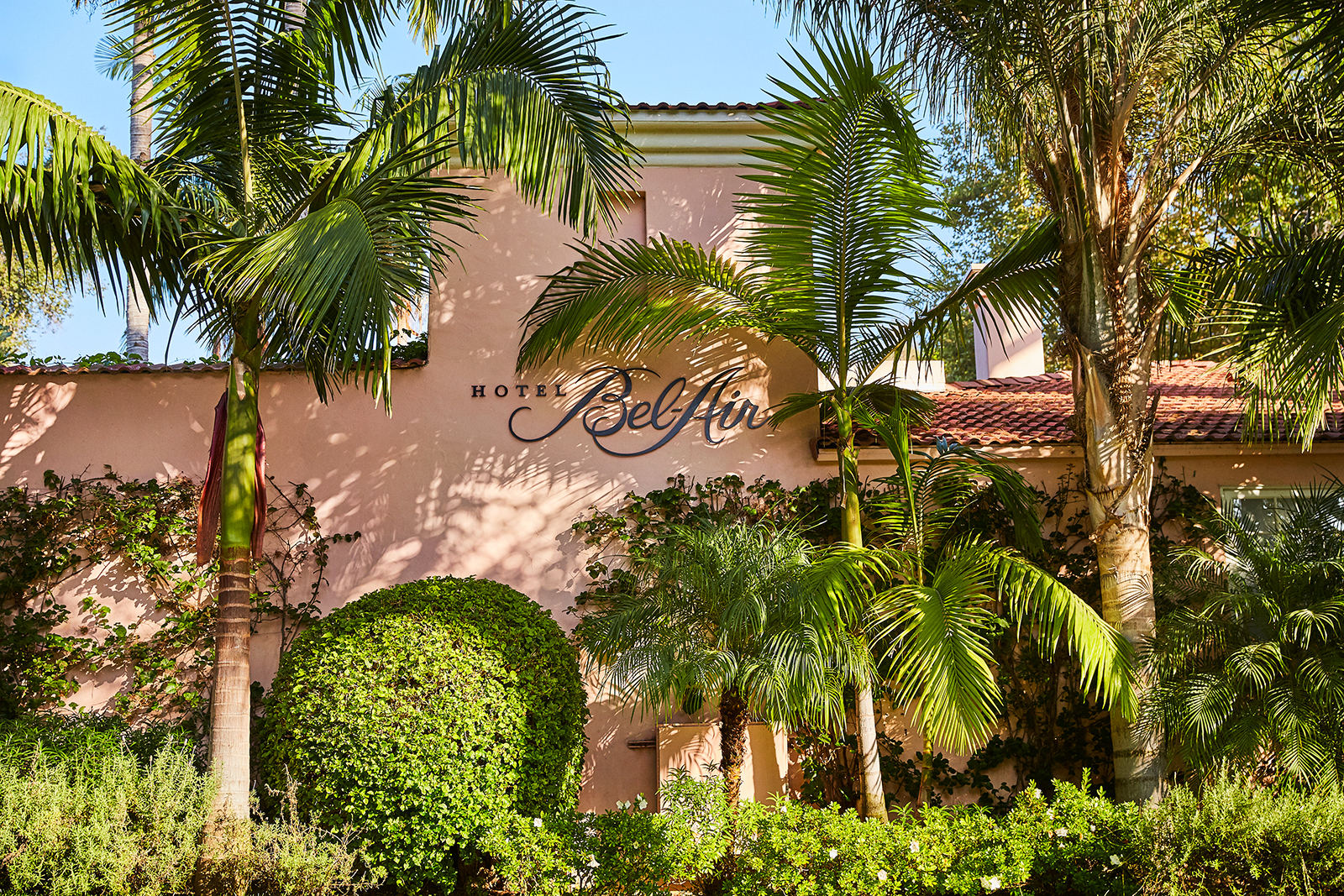 The Hotel Bel-Air, less than two miles from campus, is owned by the Sultan of Brunei. Several students have said they are boycotting the hotels after recent controversy. (Courtesy of Hotel Bel-Air)

Several students said they support continuing a boycott of two hotels owned by the Sultan of Brunei after the country instituted anti-LGBTQ laws.

The Sultan of Brunei announced a new penal code based on Sharia law which included punishment of homosexuality and adultery by stoning or whipping to death April 3, prompting calls for boycotts of hotels owned by the Sultan in the United States.

The boycott was popularized after comedian Ellen DeGeneres posted a list of hotels owned by the Sultan, including the Hotel Bel-Air and the Beverly Hills Hotel, both less than 2 miles from campus.

A UCLA student group was unwittingly drawn into this issue earlier this month.

The UCLA Black Law Students Association hosted its 50th Anniversary Black Law Solidarity Gala at the Beverly Hills Hotel on April 4. This event was planned several months prior, and the BLSA learned of the boycott only 36 hours before the gala.

This year’s gala aimed to celebrate the first-ever endowed scholarship for black law students. Over $180,000 was raised for the scholarship.

Ajwang Rading, a co-chair for BLSA and a UCLA law student, said the BLSA chose the venue because of its ties to Paul Revere Williams, an African American architect, who was the leading designer of the hotel. He said the BLSA spent a long time searching for a new venue after choosing another controversial venue last year.

Rading said last year the BLSA picked a hotel that had a history of excluding African Americans and Jewish people from the venue up until the 1990s.

“We were upset with that last year so this year we were looking for a venue that would help us not only avoid that controversy, which obviously we were unsuccessful, but also (be) reflective of African American achievement – hence Paul Revere Williams,” Rading said.

Rading said finding a new venue within 36 hours of the gala was an impossible task because they would have had to pay up to $100,000 for an alternative venue.

“Up until the night before the event I was searching with my mom and two other BLSA members to find a new venue,” Rading said. “We visited five different locations throughout Los Angeles, all of which had either been overbooked or were trying to upcharge because they knew the impossible spot we were in.”

Rading said the BLSA published a press release April 2 calling for the federal government to deny the Sultan entry into the U.S. and levy economic sanctions on Brunei.

Rading added that the gala shifted its focus to expressing solidarity with the LGBTQ community.

Buddy Al-Aydi, a first-year biochemistry student who was disowned by his family after he came out as gay, said he was glad the boycott was getting so much attention from celebrities and government officials.

“People think that gay rights are becoming less of a problem because we’ve already done what we needed to do but in reality, it’s still very much a problem,” Al-Aydi said. “At a point, even in Brunei, lives are being taken away, people are being punished and harmed because of their sexual orientation. This is an ongoing problem – more and more effort needs to be put in to alleviate it.”

Al-Aydi said he thinks continuing to spread the word as well as protesting outside of the hotels would go a long way.

“I think the only way for this boycott to be successful is to continue spreading the word. I noticed recently it’s died down and we need to be telling people,” Al-Aydi said. “We should eventually be protesting in front of these hotels – letting people know the dangers of it and how they are essentially sending money to fund the death of gay people.”

Ellen Hsieh, a fourth-year neuroscience student and member of LGBTQ dance team Taste the Rainbow, said she was unsure of the effectiveness of the boycott but was glad it was making headlines.

“I don’t think the boycott will directly harm the Sultan of Brunei, but I do think it’s effective in bringing awareness to the issue and I think that’s what the goal is,” Hsieh said.

Hsieh added that she was also unsure if President Donald Trump’s administration will make a noticeable effort to address the issue.

“I think that also comes down to our administration and I don’t think LGBTQ rights are on the top of Trump’s list,” Hsieh said. “It’s cynical, but realistically the best we can do is to support the LGBTQ organizations that want to help people who live in countries like this.”

A press release from the Beverly Hills Hotel and Hotel Bel-Air stated the actions of the Sultan do not align with the values of the hotels and their staff and that the boycott is mostly hurting the hotel’s employees, partners and suppliers.

Los Angeles City Councilmember Paul Koretz, who represents Westwood and its surrounding areas, introduced a resolution that states the city will not conduct business with the hotels and encourages city residents to not stay at these hotels until the Sultan’s new laws were lifted. The resolution was approved unanimously by the LA City Council on April 9.

At a press conference, Koretz said he wanted to send a message to the country of Brunei.

“This is as barbaric as anything that has happened in the past 100 years,” Koretz said. “We can’t abide by it and we have some logical ways to show it by boycotting hotels owned by the government of Brunei somewhat indirectly and sending them a message.”

Koretz added he thinks the boycott will negatively affect the finances of Brunei.

“This will absolutely not be tolerated and there will be implications. This is beyond symbolic – if people stop attending these hotels they will feel it in the pocketbook,” Koretz said. “This time they’ve gone too far.”

The resolution was approved by Mayor Eric Garcetti on April 11.